FURIOUS residents have blasted a"repulsive" “baby poo” paint job on their council houses and claim it is dividing the rich from the poor.

People living on the estate in Isleworth, west London said the “chicken korma” colour scheme makes them stick out as council renters – and is splitting their community in half. 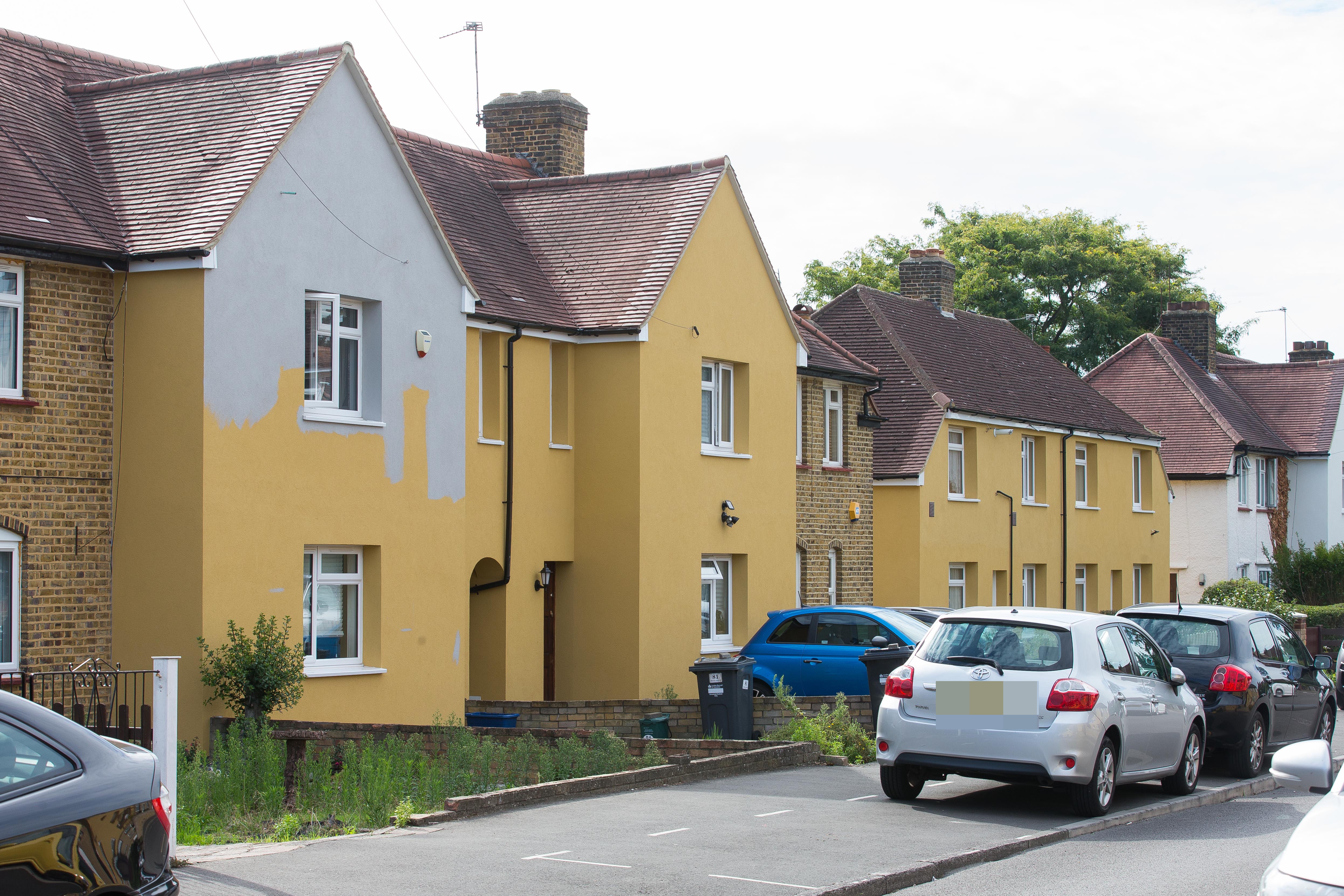 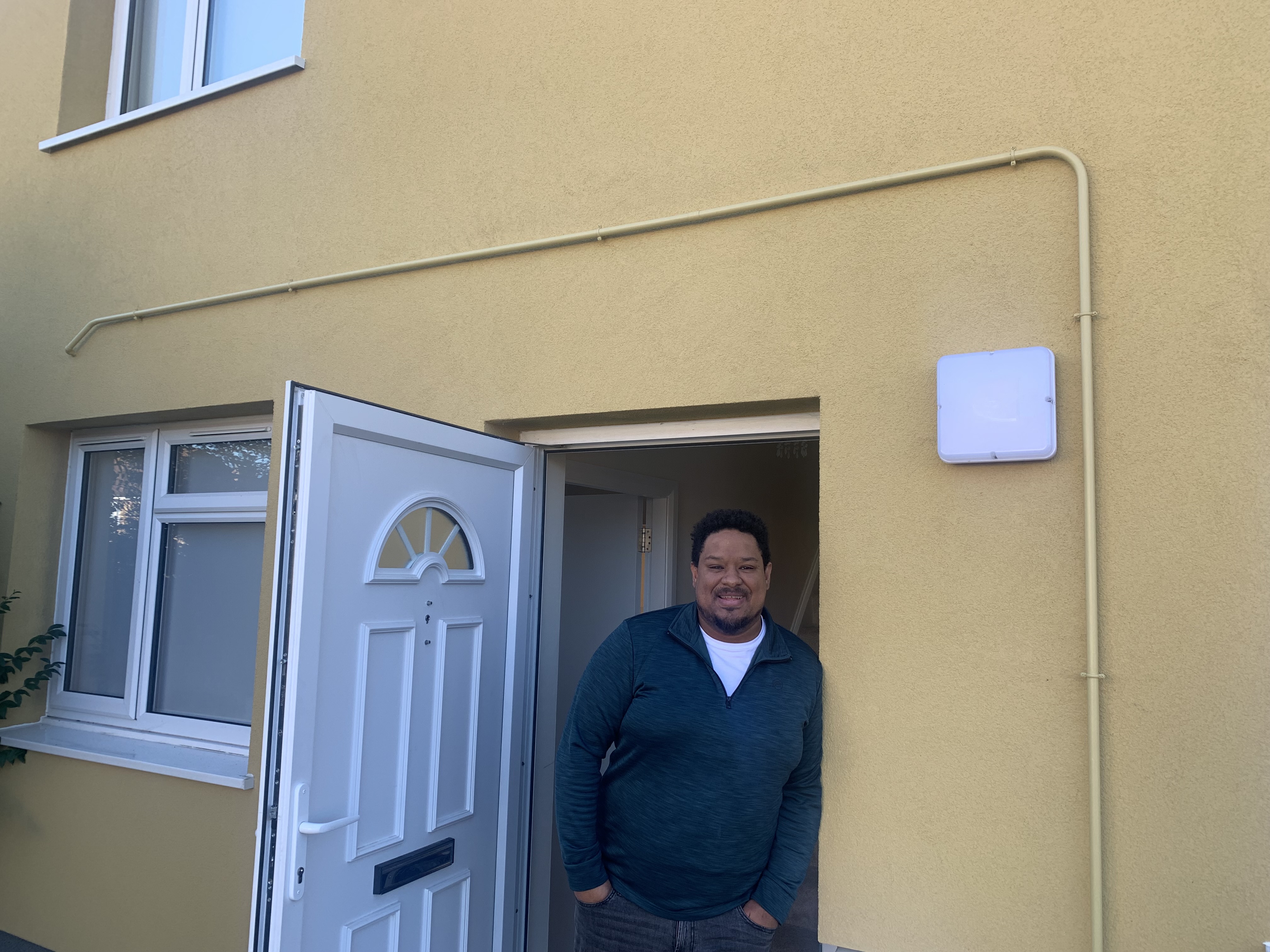 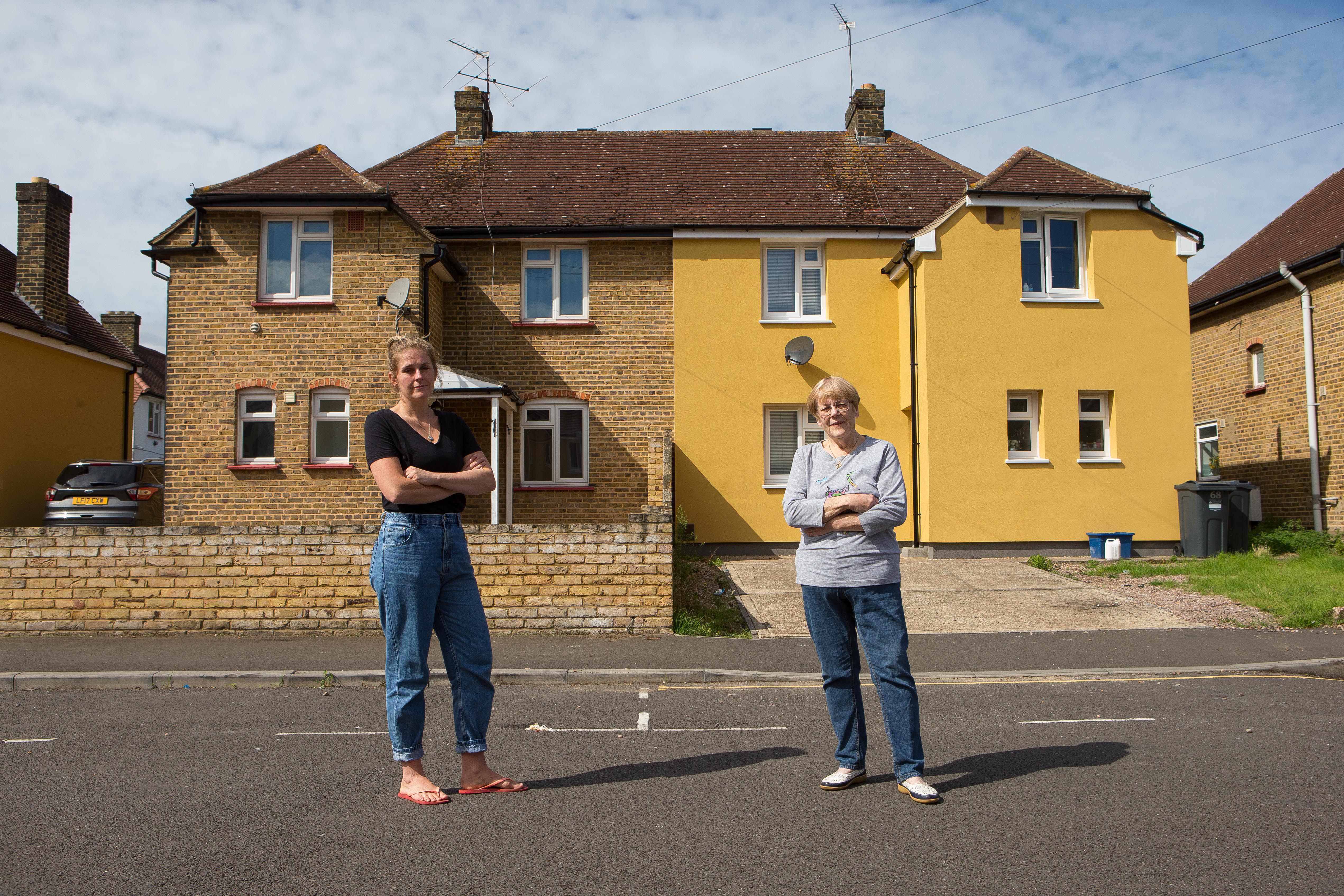 The paint job was first slapped up by Hounslow Council in 2019 with bosses refusing to let residents choose a new colour.

The unsightly mustard colour has been compared to the likes of a chicken korma, baby sick and even baby POO.

Locals living on the Worton Road estate and a nearby avenue have branded it "divisive".

“The worst thing is, a few weeks before they did my house they painted one down the road the same colour.

"I thought ‘God, I couldn’t stand to wake up every day and look at that – and now I do, and my neighbours do’.”

Hounslow Council homes were painted a “baby sick” yellow, with some featuring a maroon panel around their front doors – said to allegedly mirror the straw-yellow and red brick work of the original buildings.

The Sun understands the colour was a result of fresh flame-proof cladding, as well as insulation to help keep the houses warm.

And those who owned their homes before the paint-job was launched in 2019 and 2020 were allowed to keep their exteriors as-is.

Neighbours who own their homes are alleged to have grumbled the unappealing visage could lower their house's market value.

Julia Higgins, 63, who works as a carer, said: “I think a lot of people are up in arms about it because people said they bought their properties.

I’m not being funny, the colour, it’s repulsive. Just repulsive.

"But when they started painting it, it told people that they hadn’t – so that came to light."

She added that while she isn't too bothered about the colour itself, she is not sure if it was carried out "sympathetically" by council bosses.

"Everyone knows these houses are for council housing.

“People know, the people living in this house are renting off the council – nowadays everyone can tell."

And Mark Thomas blasted it as "divisive".

In September last year when the paint was initially slapped on to some of the houses, one furious woman took matters into her own hands, painting over the grim colour.

But the unnamed woman was ordered to cough up a £1,600 fine to repaint it back to it's original "baby poo" yellow.

A year on, residents still aren't keen – but are trapped because they are not allowed to paint over it.

Dad-of-four Jared Felix, who moved onto a road close to the estate a few months ago, said: “To be honest the kids and I, we always discuss the colour of the house – we wish we could change it.

“How do you differentiate – why can’t we change it to a colour that we want? This yellow – it’s very strange.

Others suggested the renovation job – which hit headlines at the time for the huge amount of pushbank by peed-off residents – had been a total waste of time.

One man claimed special equipment he needs to use because he is disabled was splattered with the awful yellow paint – while another neighbour said workers got red flecks on the back of his Jag.

Why can’t we change it to a colour that we want? This yellow – it’s very strange.

Other locals grumbled workmen had allegedly ruined driveways, accused them of dodgy drain pipe placing and other construction gaffes.

But some residents weren't fussed at all.

Ella Koca, 47, said she liked the yellow – and thought it was "pretty".

She said: "I moved in a year ago, so the house was already like this – but for me, personally, I like it – I don't have a problem with it at all. I think it looks better than a grey house. It's pretty."

Another woman, who didn't want to be named, said: "I'm pretty used to it now, I'm happy with it." 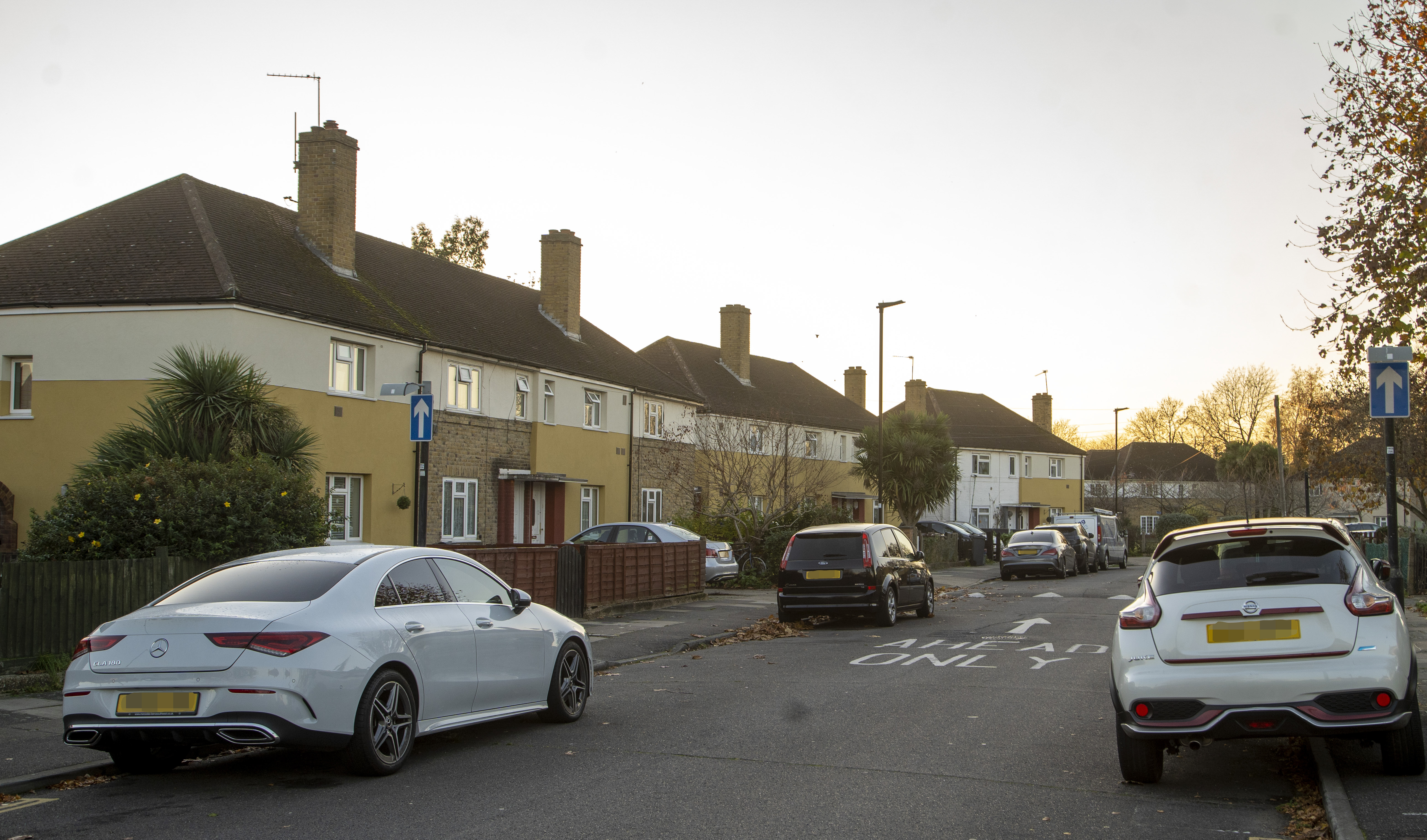 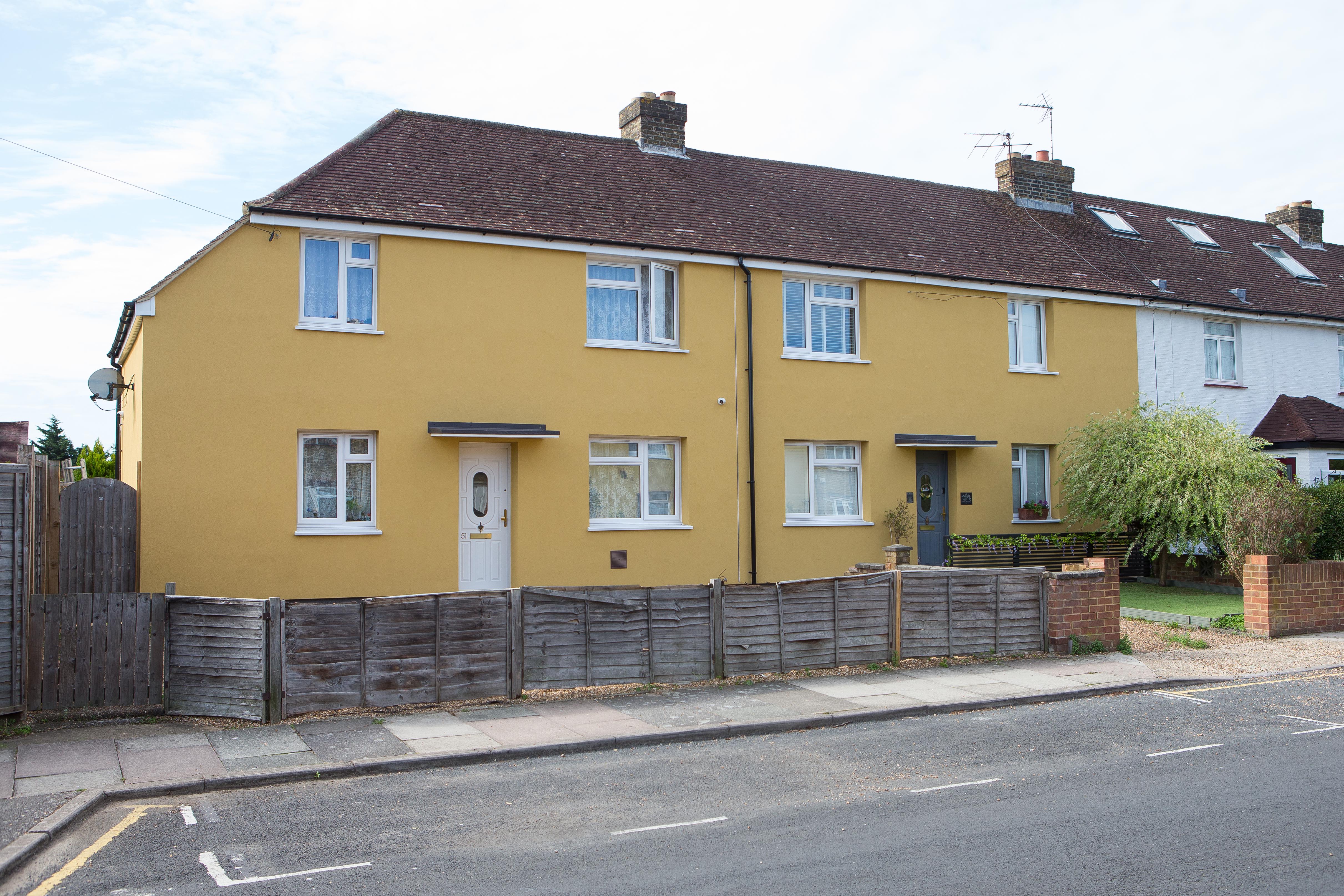 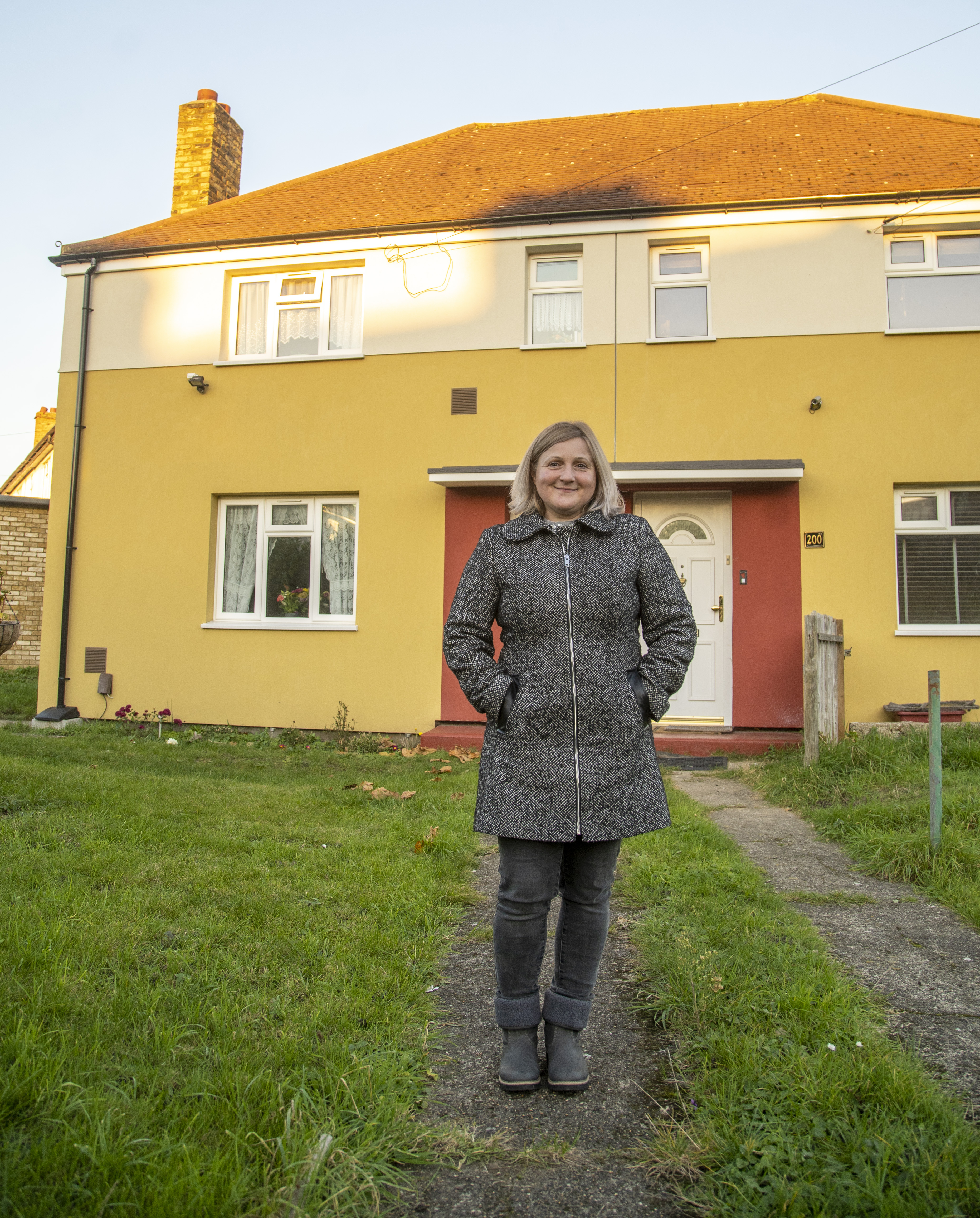 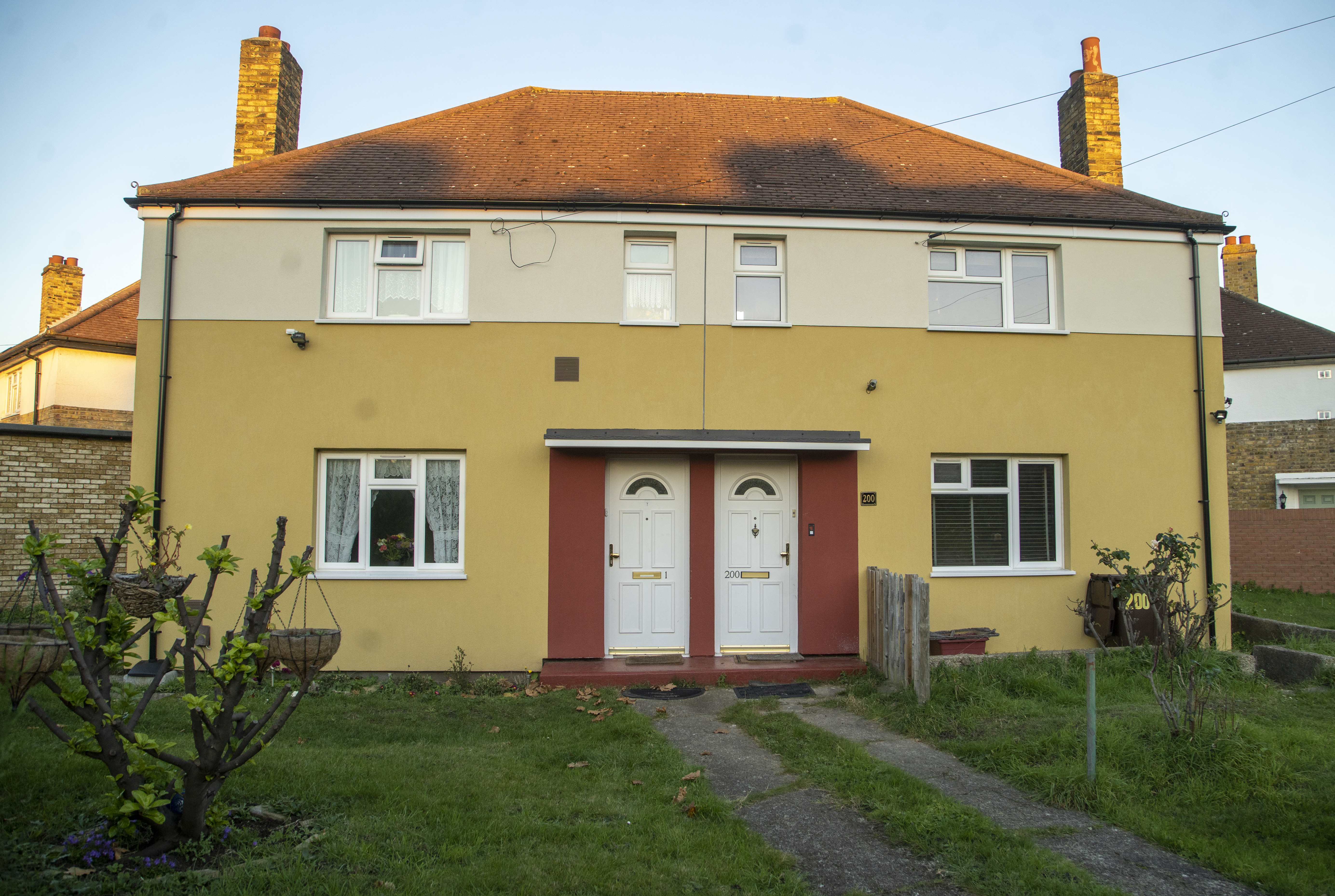