New Zealand: Rescue crews have found the Australian climber who has been missing since midday on Monday in sub-zero conditions on Mt Aspiring near Wanaka.

The Australian Army soldier, who was found with "slight frostbite", has been described as being in reasonably good condition considering the time he spent in an area lashed by storms.

The climber, who was standing up and waving to the rescue helicopters when it arrived, was located north of the plateau at Quarterdeck Pass. 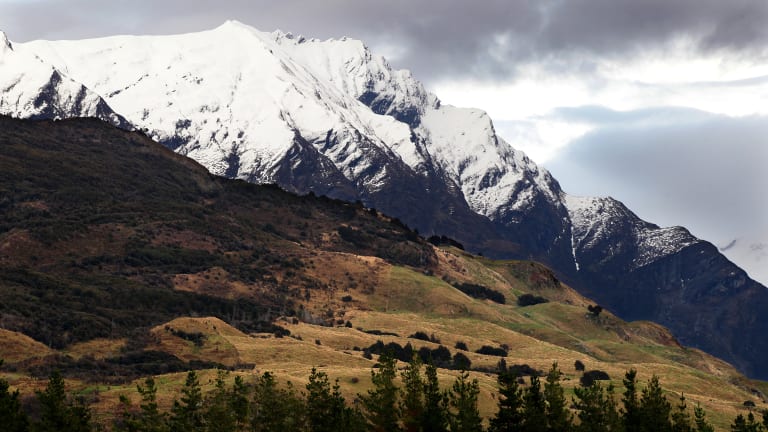 The climber set off up the Mt Aspiring “alone and lightly packed”.

An Alpine Rescue team got a helicopter to the man on the mountain at about 5.45pm (NZST) on Thursday, RCCNZ spokesman Vince Cholewa confirmed.

"There's an Alpine Rescue team and a paramedic with him, they have set up a tent and they have food, clothes and equipment for him."

"As soon as a helicopter can get in they will fly him to Dunedin Hospital," he said.

The helicopter dropped the crew off to the man before it was flown to Wanaka to refuel. It was unclear if it would make the flight on Thursday night or on Friday morning, Cholewa said.

"It may come back this evening but it might not be able to depending on the weather. He will be okay with the people with him and the equipment they've got."

The man was in "reasonably good condition" given the circumstances, Cholewa said.

An Australian Defence spokesperson this evening confirmed the man was an Australian Army soldier on leave in New Zealand.

"Defence is providing support to the soldier's family at this time."

Freezing conditions, heavy rain and thunderstorms hampered efforts to search for the lightly-packed climber who was reported missing on the mountain on Tuesday.

The 29-year-old was due back from his three-night trip early on Monday afternoon.

A helicopter team was sent into the area when there was a break in the weather early on Thursday morning. The helicopter was forced back when the weather deteriorated shortly after.

RCCNZ search and rescue officer Geoff Lunt said an attempt to reach his last known position was also made on Wednesday night.

Two Alpine Cliff Rescue crews were to be dropped in the area but the helicopter was forced to turn back, due to low cloud.

A Southern Lakes rescue helicopter equipped with night vision and carrying a paramedic and two Alpine Rescue crews made three attempts to reach the spot but had to turn back after an hour.

"As well as the poor weather conditions, there is a high risk of avalanches that is hampering the search assets from reaching the climber's position," Lunt said.

MetService forecasts wet weather to linger around the Southern Lakes until evening. Scattered and heavy rain, thunderstorms, chilly winds and snow falling to 1200 metres was forecast until 6pm.

The temperature at 1800 metres was between -2 degrees Celsius and 0C.

Lunt said there were "grave concerns" for the missing man. His beacon was last recorded as moving northeast 5 kilometres from its last location on Mt Aspiring, to Quarter Deck Pass, just after 2.30pm on Wednesday.

Two Alpine Rescue crew were maintaining a weather watch from the French Ridge Hut, where searchers found the climber's gear – cold weather gear, sleeping bag, cooker and food. They would call for a helicopter through the Wanaka SAR base if the low cloud lifted.

Police had notified the man's family and the Australian Embassy.

Over the past decade more than 30 people have died in and around Mount Aspiring National Park, one of country's most popular playgrounds for adventure-seekers.

Because the parks were so accessible, tourists and inexperienced trampers and climbers could get lulled into a false sense of security, he said.