Facebook whistleblower Frances Haugen is set to give evidence in Britain in less than a fortnight’s time after her bombshell testimony to the US Congress.

The 37-year-old former data scientist at the tech firm will speak to Parliament’s joint committee in London on the draft Online Safety Bill on October 25 from 2.30pm.

The hearing will mark the first public evidence Miss Haugen has given in Europe regarding her experiences at the company and her ideas to regulate social media.

Facebook will fall within the scope of the new bill, which will give UK regulator Ofcom the power to hand out multi-million pound fines to tech companies.

Miss Haugen, a former product manager on Facebook’s civic misinformation team, has been invited to help inform the committee in how they will shape the bill. 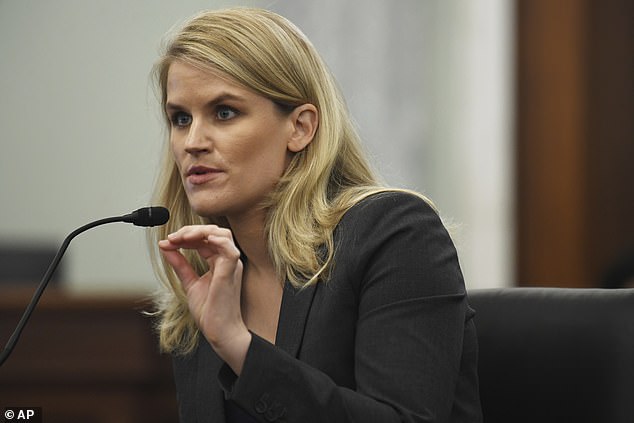 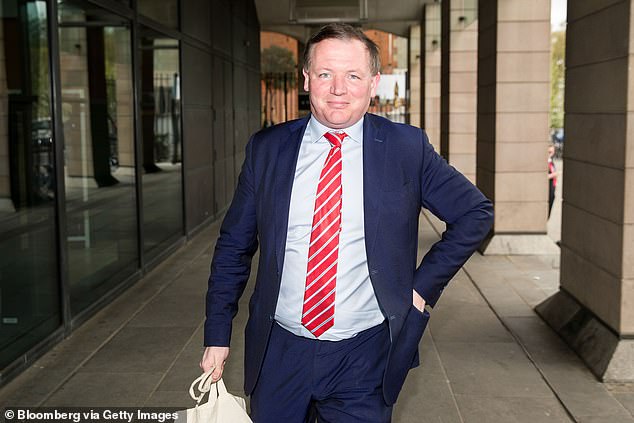 Tory MP Damian Collins, who is chair of Parliament’s joint committee on the Online Safety Bill

Conservative MP Damian Collins, who is chair of the committee, said: ‘Frances Haugen’s evidence has so far strengthened the case for an independent regulator with the power to audit and inspect the big tech companies.

‘Mark Zuckerberg and Nick Clegg have complained that she has only presented a partial view of the company, whereas they want to stop any insights into how the company manages harmful content to get into the public domain, unless they have personally approved them.

Who is whistleblower Frances Haugen?

Former Facebook employee Frances Haugen, a Harvard-educated data scientist, had worked as a product manager on its civic misinformation team after joining the team in 2019.

Before leaving, she secretly copied tens of thousands of pages of internal research documents and leaked them to the Wall Street Journal.

The 37-year-old told the US Congress last week that she had leaked the documents to prove to the world that Facebook ‘intentionally hides vital information from the public’.

Miss Haugen said it had ‘repeatedly misled’ about what its own research revealed about ‘the safety of children, the efficacy of its artificial intelligence systems and its role in spreading divisive and extreme messages’.

She argued that people deserved to know the truth – adding that ‘almost no one outside of Facebook knows what is happening inside’.

But Facebook executives have fought back, arguing that she had not worked directly on some of the issues she has been questioned on.

‘There needs to be greater transparency on the decisions companies like Facebook take when they trade off user safety for user engagement. We look forward to discussing these issues with Frances Haugen.’

Miss Haugen last week went before the US Congress in Washington DC to accuse the social media platform of failing to make changes to Instagram, which it owns.

She said internal research had showed its apparent harm to some teenagers and claimed Facebook was being dishonest in its public fight against hate and misinformation.

Miss Haugen’s accusations were accompanied by tens of thousands of pages of internal research documents she secretly copied before leaving her job, which she said revealed Facebook was aware its products fuelled hate and harmed children’s mental health.

She also claimed Facebook was ‘tearing society apart’ as it continues to put profits before safety.

Miss Haugen accused the firm of relaxing efforts to stop misinformation after last year’s US election, allowing it to be used by those who stormed the Capitol in Washington in January.

She also said Facebook’s profits are based on advertising and its research has shown that ‘angry content’ is more likely to keep users engaged, helping it earn more, said Miss Haugen.

Miss Haugen has agreed to meet with Facebook’s oversight board in the coming weeks to brief them about what she learned while working at the company.

The Online Safety Bill legislation aimed at regulating social media is due to be put before Parliament for approval next year after the draft bill was published in May.

Others due to give evidence to the committee in the coming weeks include MoneySavingExpert founder Martin Lewis and barrister Gavin Millar QC. 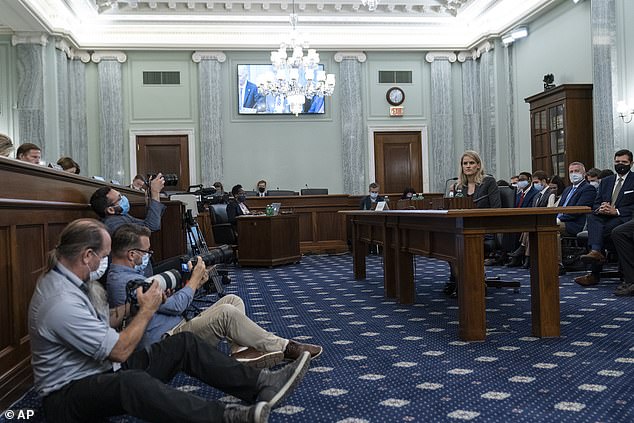 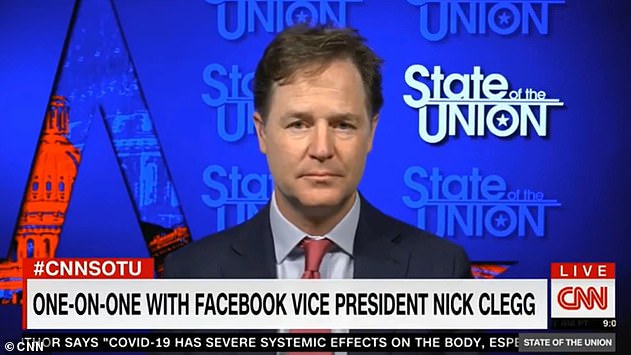 Also speaking will be Society of Editors president Alison Gow and Peter Wright, editor emeritus at DMG Media, whose brands include MailOnline and the Daily Mail.

Yesterday, the father of tragic teenager Molly Russell has slammed Facebook for ‘a crisis comms initiative’ after it announced new features to help safeguard children.

Ian Russell set up a suicide prevention charity after his 14-year-old daughter killed herself in 2017 after viewing disturbing content on the company’s Instagram app.

And Mr Russell, of Harrow, North West London, is yet to be convinced about the new functions which include prompting teenagers to take a break from using Instagram. 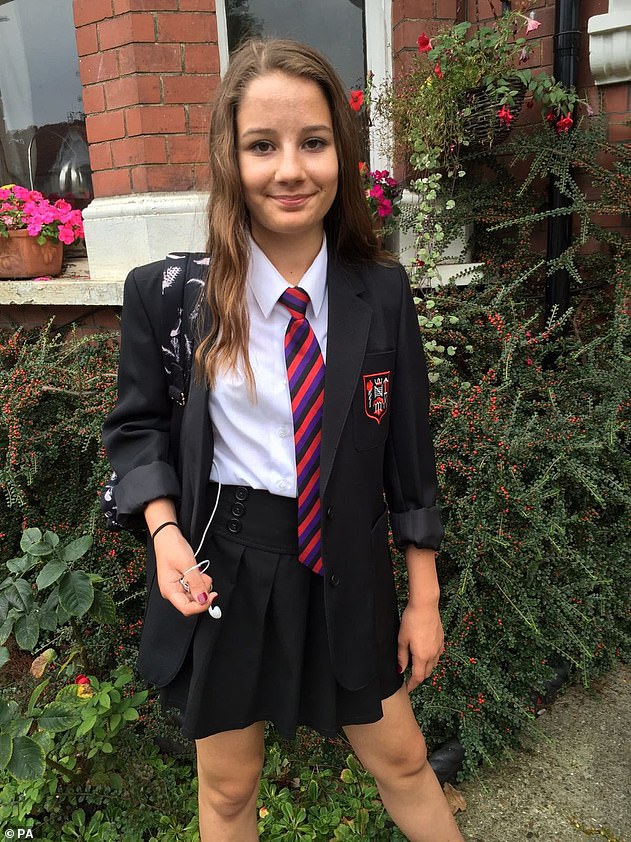 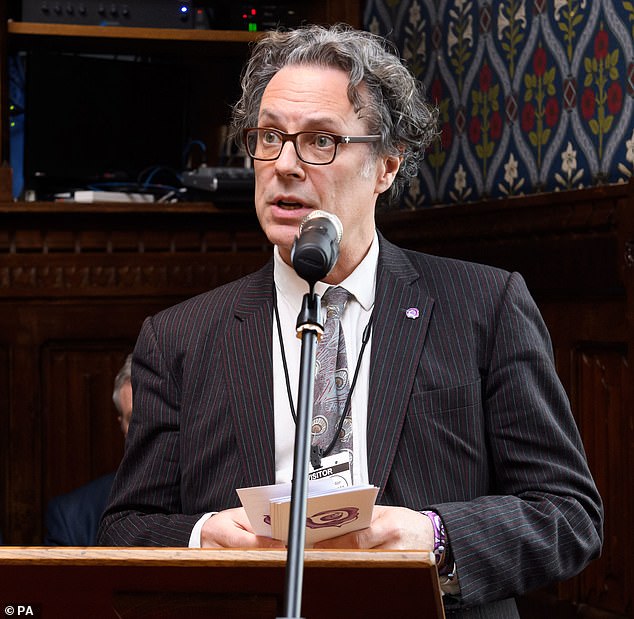 Another feature will see the app start ‘nudging’ teenagers if they are repeatedly looking at the same content which may not be good for their wellbeing.

Facebook is also planning to introduce new optional controls to allow parents and guardians to supervise their children’s online activity.

But critics say the firm has acted only after pressure from outside, while others claim the plan lacks detail and they are sceptical about the effectiveness of the features.

A Facebook spokesman told MailOnline that the new parental supervision tools were announced at the end of last month in a blog post by Instagram chief Adam Mosseri.

Frances Haugen will speak to the UK Parliament’s Joint Committee on the draft Online Safety Bill on Monday, October 25 from 2.30pm