Boy, 10, who ‘shot his mom dead’ for refusing to buy him VR headset is begging family to protect his gadgets when they talk to him in custody – as his grandma says she can no longer speak to him

A 10-year-old boy who is charged with fatally shooting his mother for refusing to buy him a VR headset seems more preoccupied with his gadgets than the murder as he faces trial, family members say.

The Milwaukee boy is charged as an adult with first-degree reckless homicide in the November 21 killing of Quiana Mann, 44, who was shot in the face in their home.

The boy’s aunt Rhonda Reid told WTMJ-TV on Tuesday that when she talks to him in custody, he claims not to remember the shooting and quickly shifts the conversation to his favorite topic.

‘When he calls, he’s just like, ‘make sure all my tablets and laptop and everything of mine is properly packaged,” Reid said.

Meanwhile, the boy’s grandmother Lueritha Mann said she can’t bring herself to speak to him, telling the outlet: ‘I hope I do one day, but right now no. He took something very precious from me.’ 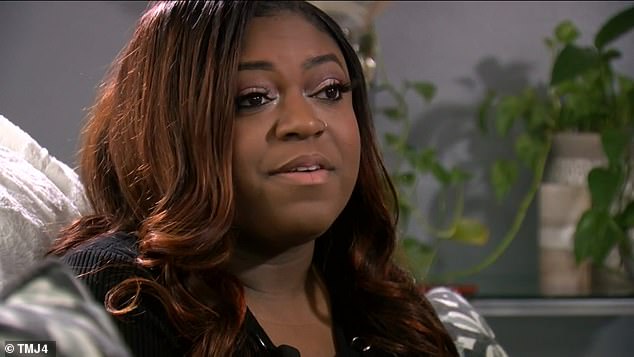 Aunt Rhonda Reid said when she talks to her nephew in custody, he claims not to remember the shooting and quickly shifts the conversation to his favorite topic, his gadgets 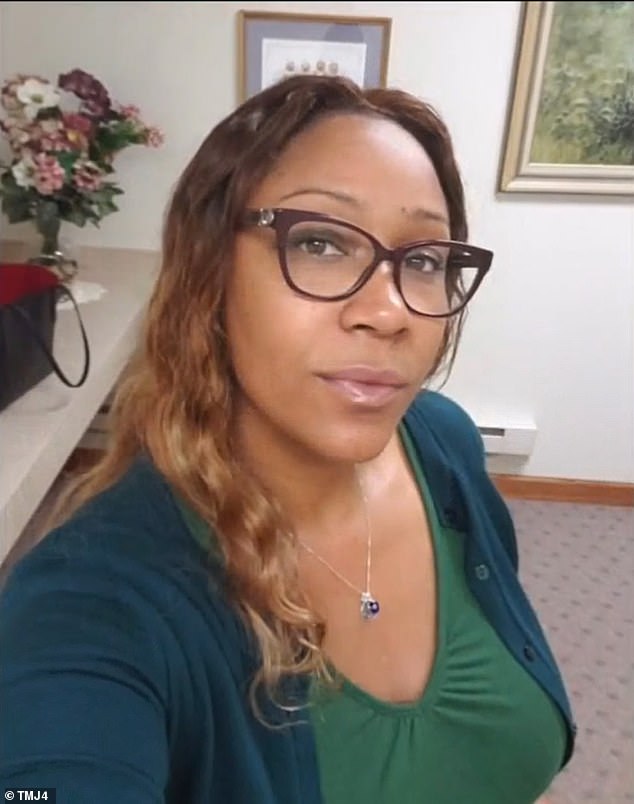 Police say Quiana Mann, 44, was shot in the face by the boy on November 21

‘I can’t believe he did it,’ the grandmother said, adding, ‘he needs to pay for what he’s done.’

Reid said that her nephew had been attending therapy for more than a year for mood and conduct disorders, and part of his treatment plan included limiting access to electronic devices.

She said the boy ‘was upset about these devices being taken away’.

Prosecutors say that after his mother refused to buy him a $500 Oculus VR headset, he shot her in the face and used her credit card to purchase one of the devices online.

The boy then allegedly told his grandma he was ‘sorry’ for killing his mother and asked where his package was.

Earlier this month, the boy’s attorney, Angela Cunningham, asked for a bail reduction from $50,000 to $100, the amount he has in his piggy bank, the Milwaukee Journal Sentinel reported. 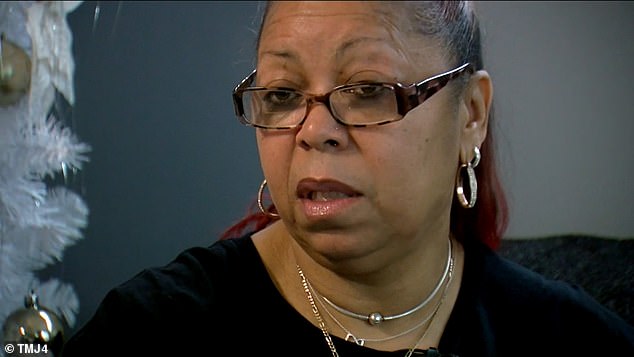 The boy’s grandmother Lueritha Mann said she can’t bring herself to speak to him, saying: ‘I hope I do one day, but right now no. He took something very precious from me.’ 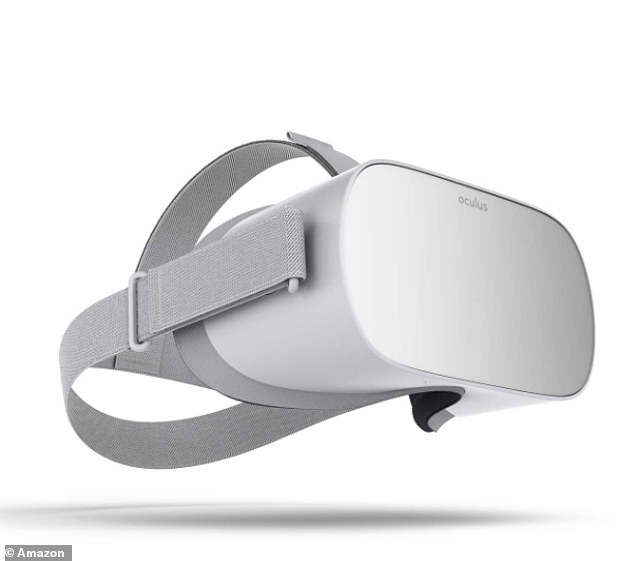 Prosecutors say the boy wanted an Oculus Virtual Reality Headset – which ranges from $130 to nearly $500 on Amazon, and shot his mother when she refused to buy one for him

‘We have spoken to him about his ability to post anything,’ Cunningham told the court.

‘He told us about piggy banks with savings that he had from gifts, from birthday gifts. And scavenging through cushions in the couch that he’s been able to save up.’

Judge Jane Carroll denied the request and imposed a travel restriction on the minor that will go into effect if he manages to post bail.

The child who, according to family members has ‘rage issues’ and hears imaginary people, has been charged with first-degree reckless homicide and will be tried as an adult.

Wisconsin state law dictates that children as young as 10 will be charged as adults for serious crimes, such as murder. He faces up to 60 years in prison if convicted.

The fact that the boy will be tried as an adult has created some headaches for Carroll, as she noted that all the usual factors when deciding bail conditions ‘don’t make a lot of sense when applied to a 10-year-old.’

She pointed out that the boy has no home of his own, not job, no real assets, no way of attending court by himself or a prior criminal history. 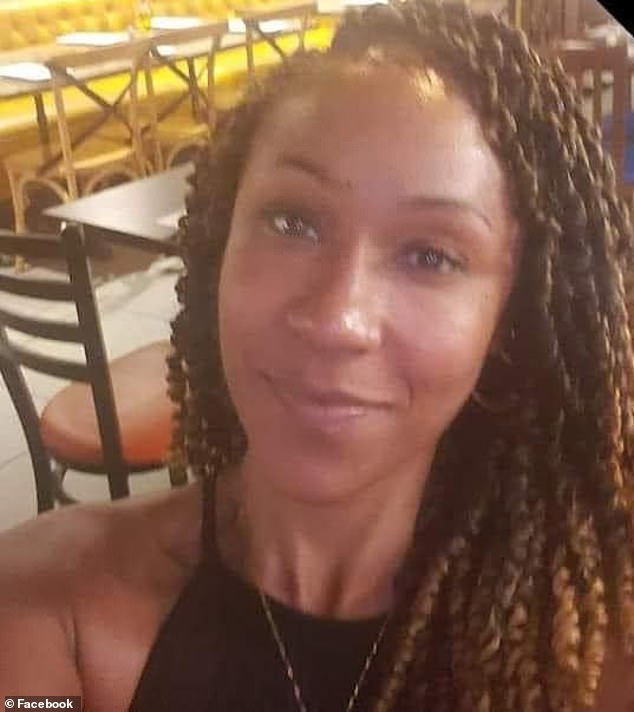 Quiana Mann, 44, was allegedly shot in the face and killed by her 10-year-old son, who was mad at her for refusing to buy him a $500 VR headset

Because he’s being charged as an adult, Carroll also rejected prosecutors request that the boy be released to the custody of a family member if he does post bail.

The judge sided with the defense attorney, noting that such a condition wouldn’t be required for an adult.

The boy is currently being held in juvenile detention and has not been publicly identified by police or prosecutors.

The boy initially told police that the shooting was an accident. He claimed Mann had walked in front of him while aiming at a wall to ‘scare her’, and he accidentally shot her in the head, according to criminal charges obtained by the Journal Sentinel.

He later said in a second interview, however, that he intentionally aimed at his mother before shooting her at their home on 87th Street near Hemlock at around 7am on November 21.

After the shooting, he put the gun in the closet and told his older sister Brianna Moore, 26, that mother, who worked in behavioral health, was dead, the complaint read. Moore then called 911.

The boy was allowed to stay with family, and an initial release from police said the shooting was caused by a child ‘playing’ with a gun. 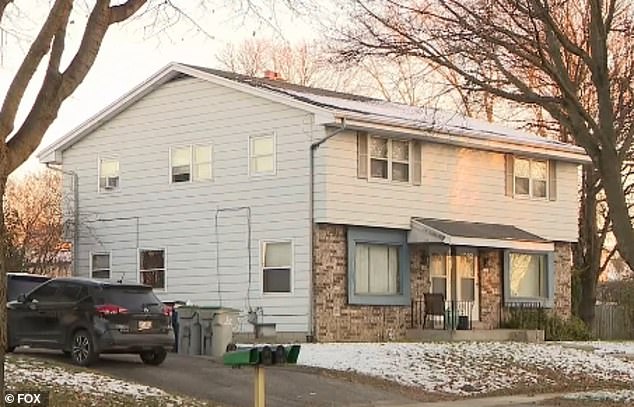 The shooting occurred in the family’s Milwaukee home (above). The child will be tried as an adult, as per state law, and faces up to 60 years in prison if convicted

The boy’s aunt said that when she collected the boy, he retrieved a set of house keys that contained a key to the gun’s lockbox. When his aunt asked about the shooting, the boy said he pointed the gun at his mom and that she told him to put it down.

The boy’s aunt and sister said he never cried or showed remorse and had also physically attacked his seven-year-old cousin the same day.

The boy’s family said he has ‘concerning’ mental health issues, and has exhibited disturbing behavior in the past.

When he was four, the boy allegedly swung the family’s puppy around by its tail, the complaint says. Six months ago, the family told police, the boy filled a balloon with a flammable liquid and set it on fire, causing an explosion that burned furniture and the carpet.

When asked why he did it, the boy said ‘two sisters told him to do it.’

The boy told his family he hears five imaginary people talking to him, who he said are two sisters, an old woman, and two ‘mean’ men.

A sister also said in the complaint that her brother has had ‘rage issues’ all his life and becomes ‘very angry and acts out.’