The characters in the much-loved animated movie and spin-off TV series Madagascar have won hearts and laughs around the world.

Now Melbourne fans have the chance to see them live – and in three dimensions. 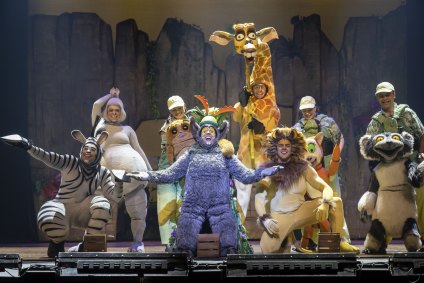 In living colour: the Melbourne cast of Madagascar the Musical perform on Thursday.Credit:Wayne Taylor

Madagascar the Musical, which had its Melbourne premiere on Thursday night, follows the plot of the 2005 movie, whose voice actors included Chris Rock and Ben Stiller.

It’s the story of a wisecracking menagerie led by Marty the zebra (played in the musical by Joe Kalou from children’s group Hi-5), who escape from New York Zoo –aided by penguins – and set out for Africa.

Actor Jonathan Martin plays King Julien the lemur (voiced by Sacha Baron Cohen in the movie) and gets to lead the infectious dance song I Like to Move It.

Other stars include Andrew Papas as Alex the lion, Moniquewa Williams as Gloria the hippo, and Bryn Monk as Melman the giraffe. 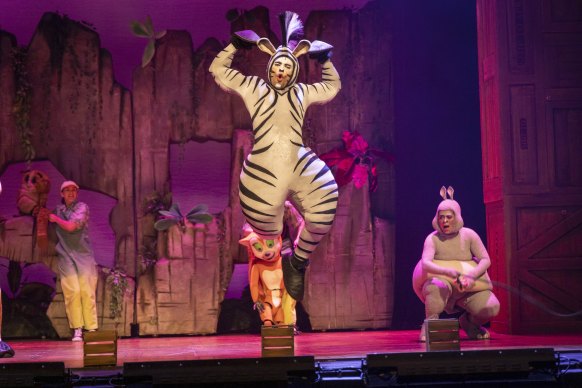 It’s the first Australian season for the musical, which has toured the UK and New Zealand and just showed in Sydney.

Producer David Hutchinson described it as a fun-filled family show.

“It is brought to life by imaginative and colourful sets, world-class puppets, action-packed adventure and spectacular new songs that will inspire everyone to ‘move it move it’ in the aisles,” Hutchinson said.

Tickets are available at www.ticketek.com.au for the Melbourne season, which runs at the Comedy Theatre until January 15.

A cultural guide to going out and loving your city. Sign up to our Culture Fix newsletter here.