A police force is going to the High Court in order to sack a married TV cop who began a ‘predatory’ relationship with a vulnerable colleague.

PC Paul Faulkner became a favourite with fans of Channel 5’s Police Interceptors, who knew him by his nickname of Mustard.

However the former traffic cop is no longer wanted by his employers, Cleveland Police, following his fling with a female officer.

The fate of a married TV cop now hangs in the balance as Cleveland Police looks to refer the case to the High Court following a decision to find him guilty of misconduct.

The force said that he was, more seriously, guilty of gross misconduct, which if proven could have seen him sacked and banned from working as a cop again. 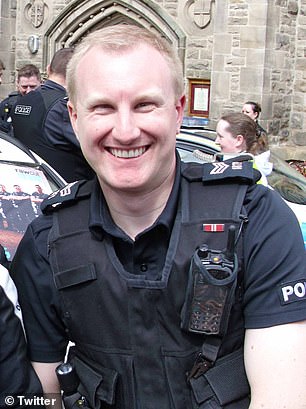 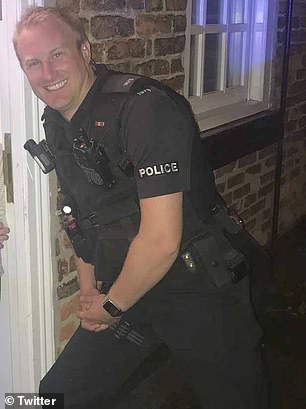 Cleveland Police said that he was guilty of gross misconduct, which if proven could have seen him sacked and banned from working as a cop again

PC Faulkner met the officer, who was also married, when he was acting as her Police Federation rep while she faced disciplinary action.

They began a passionate affair and made plans to leave their respective partners – only for father of two PC Faulkner to go back to his wife.

It left the other officer – known only as PC A – feeling she had been ‘exploited’ by him.

Cleveland Police said his actions had been ‘targeted and predatory’ and found he had also lied to senior officers and Police Federation colleagues about the fling.

However a Police Disciplinary Hearing, which began last month and concluded on Thursday, found him guilty of the offences but found they amounted only to misconduct. 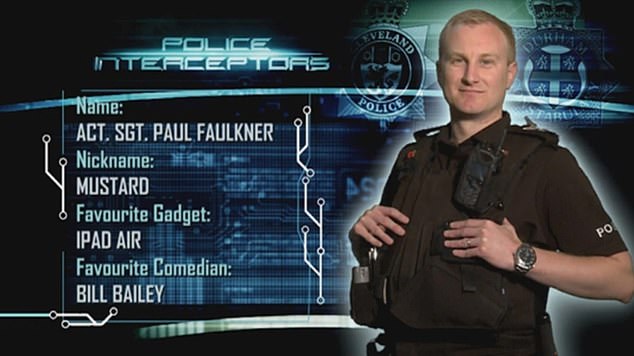 PC Paul Faulkner became a favourite with fans of Channel 5’s Police Interceptors, who knew him by his nickname of Mustard

In an unusual decision Cleveland Police has referred the matter to the High Court for a judicial review of the panel’s decision.

The panel’s chairman ruled that PC Faulkner engaged in discreditable conduct in relation to allegation one and breached policing standards when he lied about the relationship.

He said: ‘Taken together these breaches amount to misconduct and not gross misconduct.’

However the panel agreed for the hearing to be adjourned so that Cleveland Police could take steps to win a judicial review of the decision.

Ian Arundale, Cleveland’s Deputy Chief Constable, said: ‘All police officers must adhere to the highest standards of behaviour and demonstrate the values of Cleveland Police, whether on or off duty.

The actions of this officer are incompatible with the force’s requirements of those who serve in Cleveland Police and are not in line with our expectations, which other officers uphold with pride and integrity.

‘The misconduct process is in place to protect and drive up the standards of Cleveland Police and to ensure public confidence in policing and our mechanisms for dealing with police officer misconduct.

‘Cleveland Police welcomes the further adjournment of this hearing in order to facilitate a review of the panel’s severity assessment, commissioned by the Force, to ensure that any final decisions about this officer’s conduct and future prospects are legally sound.’

In her evidence to the hearing PC A frequently broke down as she described how PC Faulkner began to get close to her while she was feeling her ‘world was imploding.’

Their sexual relationship began after a meeting in a public park’s coffee shop. As they left it began to rain and they took shelter in her car, where he kissed her.

The female officer told how she fell in love with Faulkner as their relationship became ‘sexual and emotional.’

It continued even as the stress of the investigation forced her to take six months sick leave.

She told the hearing: ‘He was my Fed rep and he took advantage of me.’

PC Faulkner first met the woman in September 2019 when he acted as an observer as she was served with disciplinary papers.

She told the hearing: ‘Things were not very good at that time. I don’t think I realised the effect it was having on me, I kept trying to plod on but my case was increased from misconduct to gross misconduct.

‘I love my job and I felt like my world had imploded. I didn’t know what was going on at that time.’

She said he sent her a message on social media later that night.

She told the hearing: ‘We started to speak a lot, there were messages, phone calls, we met up for walks and coffee.

‘In October 2019 we met for coffee in Hardwick Park. It was raining when we came out and he said ‘let’s sit in your car.’ He got in my car with me and we kissed, that is the first time he kissed me.’

She said she thought both were in unhappy marriages, telling the hearing: ‘He told me His marriage was dead, he was with her for the kids and the house

‘But I later found out via his wife to my ex husband that was not the case at all.’

The case against PC A, an officer with 14 years experience, was eventually dropped and she was allowed to return to work in a new role

Michael Rawlinson, for PC Faulkner, said that he had been vulnerable and he had depended on their relationship as much as she had.

He said: ‘ He’d had a very serious car accident and was suffering PTSD. His marriage was in difficulty and he felt alone and lonely.

This was a relationship of mutual support.’

He added: ‘All that’s happened here is two people have met, thought they were in love and thought they’d spend the rest of their lives together.

‘Whether he was a Fed rep, a fireman or a newsagent this would have happened anyway.’