In the Melbourne Magistrates’ Court on Thursday, she entered a plea of not guilty and was committed to stand trial on 70 charges. Four other charges were dismissed. 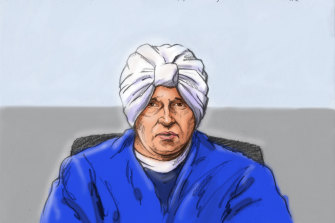 The complainants – sisters Elly Sapper, Dassi Erlich and Nicole Meyer – have been granted a court order that allows them to publicly identify themselves.

Charge sheets allege Ms Leifer — who was brought to Australia by the school — committed offences in Elsternwick, Elwood, Frankston and Emerald, and in the towns of Blampied and Rawson.

She left Australia for Israel in 2008 when allegations against her emerged. She was charged in 2012 and extradition hearings began in 2014. She was extradited to Australia at the start of this year.

During the final day of the committal hearing before magistrate Johanna Metcalf, the court heard evidence from five witnesses including an Adass community psychologist and staff at the Adass Israel School in Elsternwick where Ms Leifer and the three complainants attended during the period of alleged offending.

There, psychologist Vicki Gordon told the court, she saw children from within the Adass Israel School community in 2007 and early 2008 before being employed as an in-school consultant for three months.

While parents would pay the fees, the school would contact Dr Gordon about personal and classroom issues, and she would attend the school and speak to Ms Leifer before sometimes sitting at the back of the room to observe students.

In February 2008, Dr Gordon told the court she first became aware of allegations regarding Ms Leifer, who denied any wrongdoing to the school board.

The following month, Dr Gordon recalled being present when a call was made to Ms Leifer to tell her not to attend the school again. 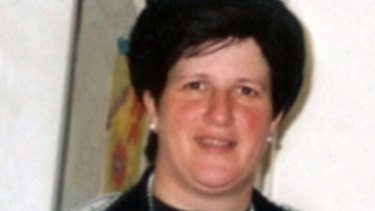 Malka Leifer has been committed to stand trial.

When asked who purchased the ticket that enabled the principal to fly back to Israel, the psychologist replied: “I believe it was the school.”

Acting Sergeant Danielle Newton said Victoria Police had investigated the actions of the school board before the investigation was “completed” and closed in 2018.

The officer said she took over the investigation into Ms Leifer’s alleged offending in 2011 but had been unable to obtain statements or interviews with a number of people including the mother of the three Sapper sisters who had “declined” due to a failing memory and poor health.

Esther Spigleman, the head of general studies at the Elsternwick school during the alleged offending, told the court she was shocked to learn in 2008 that Ms Leifer had been stood down from the school, meeting with her over following days when she found her at home “teary” and confused.

Ms Spigleman said while it was common for Ms Leifer to meet with students in her office and that of another teacher, she denied she’d seen her with Dassi Erlich.

Mr Erlich said he recalled overhearing a phone call between Ms Erlich and one of her sisters in early 2011 where Ms Leifer was discussed. He said he believed his then-wife had thought highly of Ms Leifer before then.

“I heard them say they wanted to call her up just to cause her problems; they were laughing about it. It seemed to me that they just wanted to harass her. I tried to persuade her that it wasn’t the correct course of action.”

Ms Leifer made no application for bail and on Thursday was remanded in custody to appear in the Melbourne County Court for a directions hearing on October 21.

If you or anyone you know needs support, you can contact the National Sexual Assault, Domestic and Family Violence Counselling Service on 1800RESPECT (1800 737 732).