A two-year manhunt for the most wanted fugitive in Massachusetts ended at a construction site in Florida on Wednesday when a suspect accused of killing his ex-girlfriend in her apartment in 2017 was taken into custody by the U.S. Marshals Service and Florida police officers.

But Cornel Bell, 48, had to be hospitalized because he stabbed himself in the neck with a box cutter during a brief chase, Boston’s WFXT-TV reported. He was in stable condition Wednesday evening.

Authorities say Bell used fake names while on the lam, looking to avoid prosecution for alleged crimes dating back two decades. He was finally tracked down in Dania Beach, Fla., about 24 miles north of Miami, Wednesday morning, Norfolk District Attorney’s Office said in a statement. 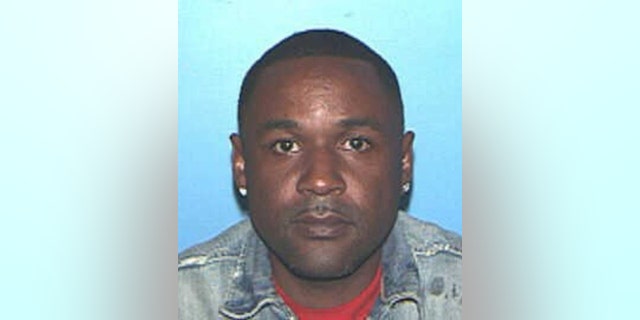 Cornell Bell, 48, seen in an undated photo, was arrested in Florida on Wednesday after eluding capture in connection with the death of his ex-girlfriend in Massachusetts. (Norfolk District Attorney’s office)

Bell was indicted in October 2017 on a charge that he killed his 33-year-old ex-girlfriend Michelle Clarke in her apartment in Weymouth, Mass., two months earlier. Police found her body around 4 a.m. Aug. 19, 2017, after a friend called to express concern for her safety. Clarke had a 6-year-old son who was staying with family members at the time of the murder.

During the two-year manhunt, investigators determined Bell, who is believed to be originally from Jamaica, obtained several different Social Security numbers and driver’s licenses using fake names, Boston’s WCVB-TV reported. He was later found to be the subject of three additional warrants under different aliases, including one for assault with intent to murder in 1997 and another for armed robbery in 2002, according to Patch.

Norfolk District Attorney Michael W. Morrissey said authorities centered their search on Florida after a dark blue pickup truck linked to Bell was found abandoned in the Miami area. The district attorney’s office said authorities received a tip that led them to the Dania Beach site.

“Massachusetts State Police, both in the Violent Fugitive Apprehension Section and the homicide detectives in the DA’s office, have been working tirelessly on finding Mr. Bell and bringing him into custody,” Norfolk District Attorney Michael Morrissey said in a statement. “VFAS has been working closely with the United States Marshal Service, identifying and following any trace of his whereabouts.”

Police in Weymouth, Fort Lauderdale and Coral Springs, as well as the Broward County Sheriff's Department, assisted in the investigation, MassLive reported. The district attorney’s office said it was working with several agencies to arrange Bell’s extradition to Massachusetts for arraignment at a later date.