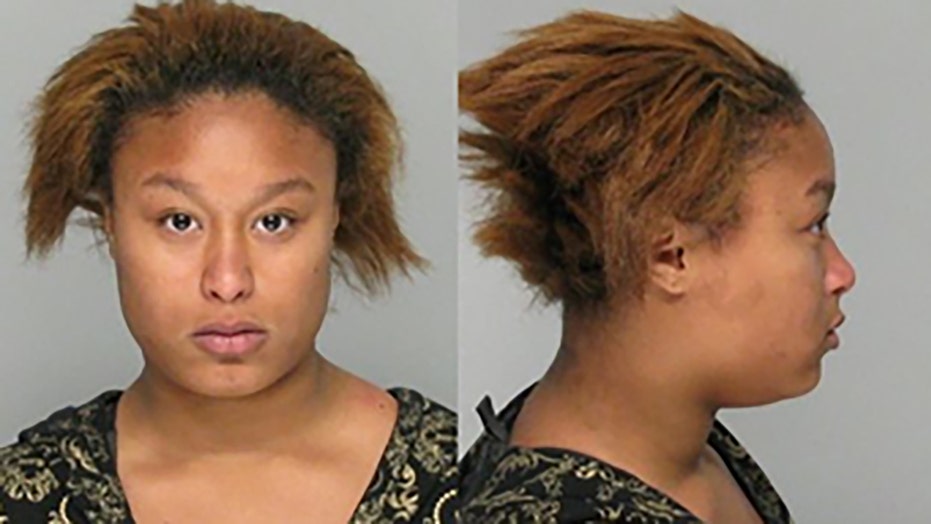 A Georgia woman is wanted for battery in the alleged beating of another woman this week at a Little Caesars restaurant in Augusta, according to authorities.

Deputies responded to the restaurant just after 4 p.m. Monday in reference to a fight in progress, according to authorities.

The fight took place after the suspect, identified as Brittany Kennedy, 25, allegedly confronted the victim, Emily Broadwater, 22, at the establishment and pulled a chair out from underneath her, according to the Richmond County Sheriff’s Office.

Video of the incident shows Kennedy allegedly grabbing Broadwater by her hair and punching her repeatedly in the head. At one point, a child with a pink bow appears to grab at the victim, as someone shouts, “Move the baby! Move the baby!”

The footage later shows Kennedy dragging Broadwater out the front door of the establishment by her hair and throwing her on the ground outside. She then stomps on the victim’s head at least two times, according to the video. 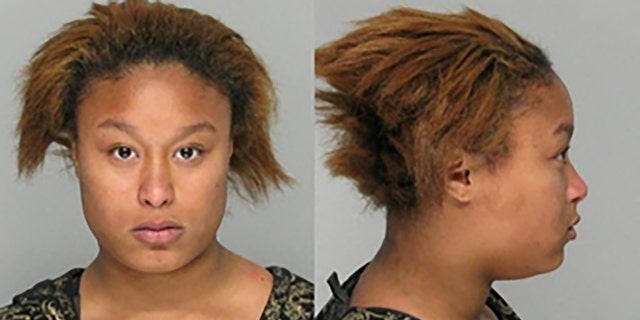 Brittany Kennedy, 25, is wanted for battery in the brutal assault of another woman this week at a Little Caesars restaurant in Augusta.
(Richmond County Sheriff’s Office.)

“My baby!” Broadwater cries in the video as she gets up, her face covered in blood. No one at the establishment was captured appearing to help break up the fight.

Little Caesars provided a statement to Augusta’s WJBF-TV after the incident.

“The safety of our crew members and customers is the most important thing to us. In any case where a customer or employee is in danger, we advise our crew members to call the police immediately,” the statement read.

According to a police report obtained by Augusta Crime, Broadwater was left with cuts to her face, head, and neck, a black eye, and a swollen face. She refused to be taken to the hospital by ambulance, saying that her friend would take her later, the police report stated.

The suspect left the scene in a car after the alleged attack, authorities said. On Tuesday, the sheriff’s office posted a wanted poster for Kennedy on Facebook.

“A girl with a baby,” resident Dean Willard told WJBF. “That ain’t right.”