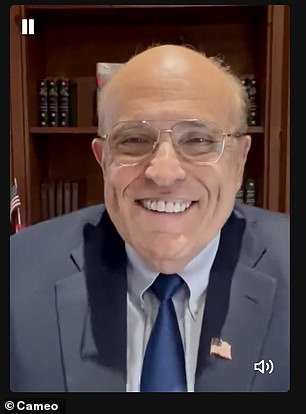 Rudy Giuliani is peddling custom video messages for $199 each amid reports his ex-boss Donald Trump has been ignoring his pleas for help with mounting financial debts and after federal investigators raided his home.

The former New York City mayor posted on Twitter early Tuesday morning that he is ‘taking all Cameo requests,’ referring to a popular site where personalities can sell personalized messages in exchange for cash.

‘Hey I’m Rudy Giuliani and I’m on Cameo,’ he says in his opening message on the site. ‘If there’s an issue of concern you want to discuss or a story you’d like to hear or share with me, or a greeting that I can bring to someone that would bring happiness to their day I would be delighted to do it.’

And he’s already got at least one investor – an Instagram video from a user named Samuel Chatwin, an New Zealand-based real estate agent.

It shows a minute-long message from a slightly swaying Giuliani, which Chatwin captioned ‘Hand on heart @therudygiuliani thinks that if you’re considering selling your property, you should give me a phone call!’ 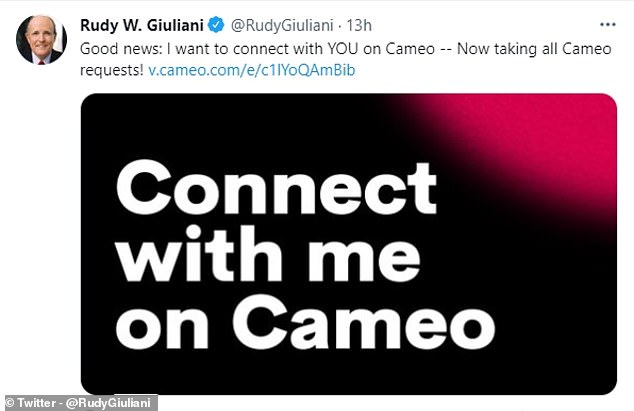 The former New York City mayor announced his foray into Cameo on Twitter at 3 a.m. 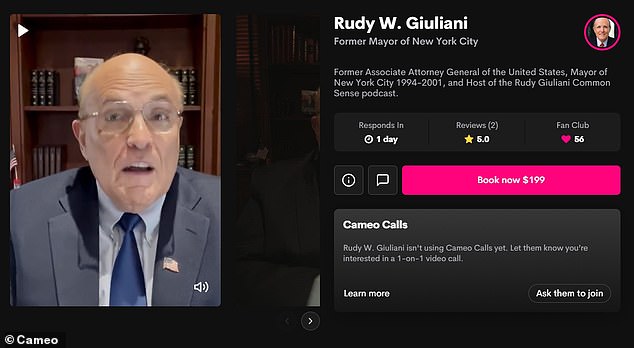 ‘Hello to the people of Auckland, New Zealand. I’ve been there. Great memories of it and a beautiful part of the world. Anytime you want to invite me back, invite me, I’ll be there,’ the former presidential hopeful says.

‘I’m gonna make a suggestion – that you give Samuel Chatwin a call if you’re interested in real estate.’

He encourages viewers to ‘see if there’s something you can do together’ before promoting his own website.

Despite his longtime association with Trump, Giuliani’s Cameo biography makes no mention of the former president.

It highlights his time as a federal attorney, his tenure as mayor and his Common Sense podcast. 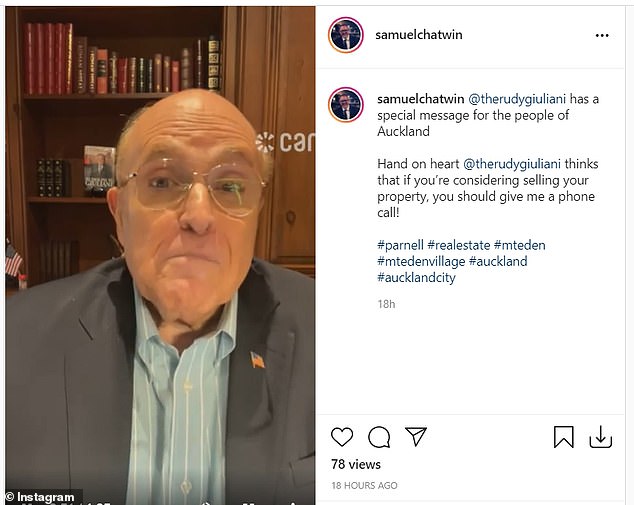 He’s also amassed a small but satisfied following so far with two five-star reviews and a ‘fan club’ of 56 followers.

One reviewer named ‘Moshe’ gushed about Giuliani, calling him an ‘american icon’ and thanking him ‘for all of your great service to this country.’

Giuliani for months was at the helm of Trump’s push to overturn the election via the US court system, staging wild press conferences where he asserted anything from Democratic operatives led by Joe Biden were infiltrating vote counts around the country, to claiming votes were being counted abroad by companies affiliated with deceased Venezuelan leader Hugo Chavez. 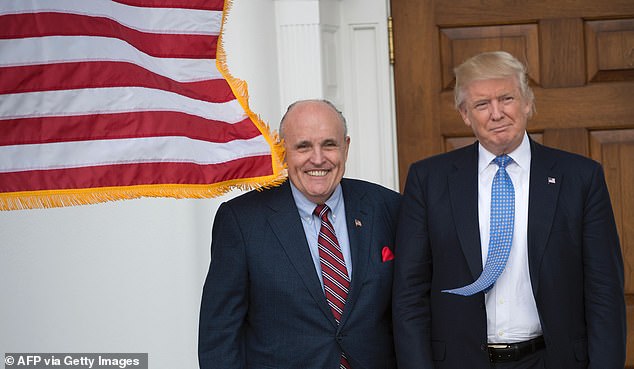 He’s now dealing with a billion-dollar defamation lawsuit from Dominion Voting Systems for allegations he made about the company’s products.

Compounding his problems is an intensifying FBI probe. Investigators raided his home in late April as part of a probe into the former Trump ally’s dealings in Ukraine.

He was also disbarred in New York and DC, narrowing his ability to raise the money he needs. 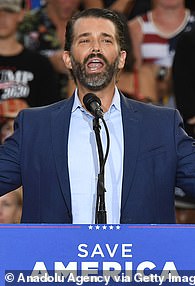 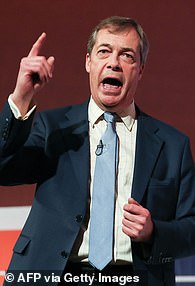 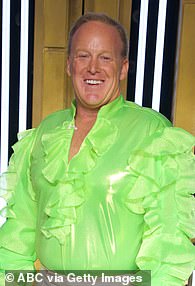 A Daily Beast report claims that aside from a sympathetic statement when Giuliani was disbarred, Trump and his associates have been silent in response to his longtime friend’s requests for help.

No top conservatives or players in Trump’s orbit have lifted a finger to assist in advertising fundraisers made to help Giuliani, the outlet reports.

Trump Jr. is among the pricier personalities with $500 for a message.

His girlfriend, former Fox host Kimberly Guilfoyle, is also on the site charging $200 per message.