Home » World News » GoFundMe created for Pieper Lewis, who is ordered to pay $150,000 to estate of alleged rapist she killed

A GoFundMe fundraiser created to support Pieper Lewis has raised more than $480,000 from more than 13,200 donations.

Lewis, 17, pleaded guilty to voluntary manslaughter and willful injury for stabbing to death a man she says raped her multiple times in 2020, when she was 15.

Tuesday during a sentencing hearing she received five years’ probation and a deferred judgment, a type of legal remedy where a person’s record can be expunged before completion of the sentence. 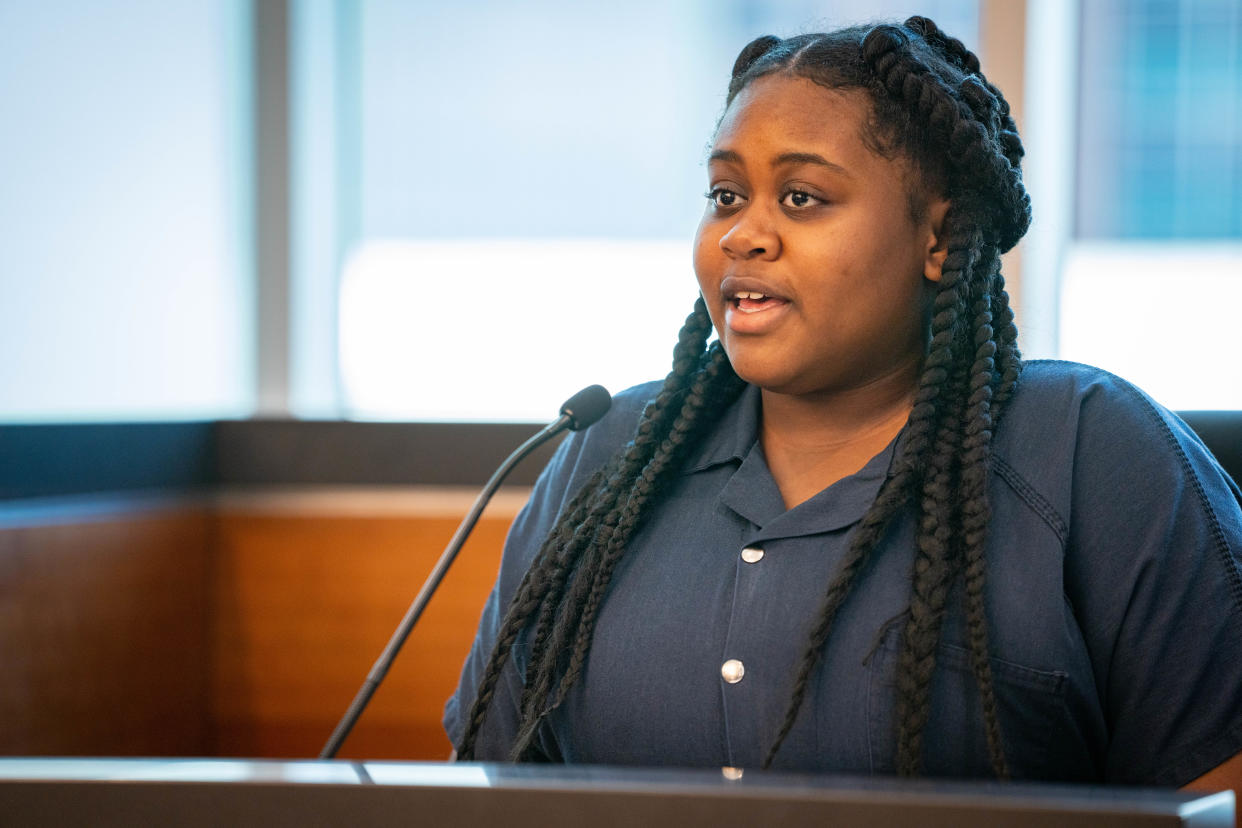 By mid-morning Wednesday the fundraiser already had surpassed that amount.

Schipper attended both days of the sentencing hearing. He felt Porter ruled fairly, “giving compassionate justice, and using the system for what it should be designed for.”

But he was shocked Lewis still faced a restitution bill of $150,000. Schipper created a GoFundMe fundraiser to help Lewis in November after the Des Moines Register publicized her story.

‘Dinosaur mummy’: Researchers believe they found one of the best preserved dinosaurs ever

As recently as last week, it only had about $4,000 in donations. After Porter ruled Lewis had to pay restitution, Schipper reworked and republicized the GoFundMe site to capitalize on national media attention on the case.

“As I watched some of the people coming in from outside of our state, I think that people are in shock that Iowa has this law the way we do regarding the $150,000,” Schipper said. “This is a clear example of where it’s completely unjust.”

On Wednesday morning the fundraiser was raising so much money that Schipper increased its goal to $200,000. As the fundraiser passed the $130,000 mark, Schipper felt overwhelmed by the support for Lewis.

“Pieper’s case is so obvious to people why this law is flawed, but she’s not unique in this law being problematically applied,” Schipper said. “It’s beautiful and it’s amazing.”

Will Pieper Lewis have to pay the money?

Lewis’ attorneys will discuss with her if they will appeal the order to pay $150,000.

Matthew Sheeley argued to Porter that Brooks was more than 51% responsible for his own death, and therefore Lewis should not have to pay his estate anything.

“I know that is going to outrage a number of people,” Sheeley said of the decision. “There are other options, legal avenues that might be available to Pieper, which will be explored.”

Porter based his decision on a 2017 Iowa Supreme Court case that found a 15-year-old who pleaded guilty to second-degree murder had to pay the $150,000 required by Iowa law, and that it is not unconstitutional when applied to juvenile homicide offenders.

“The court is cognizant that you and … your supporters will be frustrated with the imposition of the $150,000 in restitution to Mr. Brooks’ estate,” Porter told Lewis Tuesday. “This court is presented with no other option, other than which is dictated by the law of this state.”

What’s everyone talking about?: Sign up for our trending newsletter to get the latest news of the day

Pieper Lewis’ attorney says restitution ‘the least of her concerns’

Fundraising is an option being considered to help Lewis pay the sum, Sheeley said. But her lawyers want to make sure that any funds she may take to pay Brooks’ estate will not violate the law.

“I think the restitution obligation that she has to now deal with is probably the least of her concerns,” Sheeley after Lewis was sentenced. “I’m pretty sure she’s going to be focused on doing what she needs to do to take care of herself.”

Schipper had contact with Lewis and her legal team late last year. Over the past two days, he has been in contact with her lawyers regarding the fundraiser.

If Lewis cannot use the money to pay off her restitution, she may be able to use it to pay for college or other expenses, Schipper said.

“They are excited about this as a path for Pieper to not have this debt,” Schipper said.

For now, the best way for people to help Lewis if they do not already know her may be to give her space but support sex trafficking victims like her, according to her attorneys.

“Help Pieper and girls like her by saying we’re not accepting trafficking,” her attorney Paul White said after Lewis was sentenced. “That’s how we help Pieper. Don’t let her story be forgotten.”

Schipper plans to meet with Lewis once she is placed at the Fresh Start Women’s Center.

One way or another, he thinks Lewis will put the money to good use by paying back the Brooks’ family, paying for her education or donating it to a cause that can help young women like her.

“If for some reason this money can’t go to her restitution, there will be ways that it can be used to help sex trafficking victims,” Schipper said.

Philip Joens can be reached at [email protected] or on Twitter @Philip_Joens.