A group of Republican lawmakers led by Alabama Rep. Bob Gibbs want President Joe Biden out of office and filed articles of impeachment against him on Tuesday.

Gibbs claims the president violated his oath of office on three points, according to text obtained by DailyMail.com: the southern border crisis, the evictions moratorium and Biden’s botched withdrawal from Afghanistan.

Reps. Andy Biggs of Arizona, Brian Babin of Texas and Randy Weber of Texas are co-sponsors on the effort.

‘Yesterday I filed three articles of impeachment against President Biden based on what I believe to be clear violations of his duties as president,’ Gibbs told DailyMail.com on Wednesday.

‘His willful negligence of the border crisis is a failure to maintain and defend American sovereignty. Biden’s attempts to extend a federal eviction moratorium despite the Supreme Court’s warning and his own admission that he has no power to do so is a blatant and intentional action that violates the separation of powers.’ 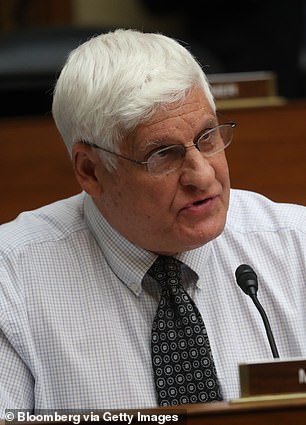 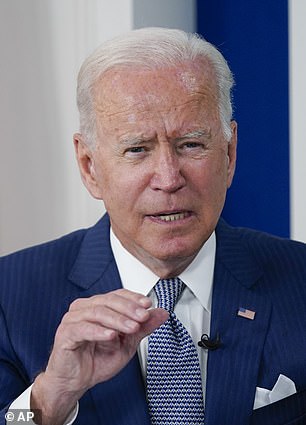 Rep. Gibbs filed the impeachment articles against Biden on Tuesday, marking the second time House Republicans have tried to invoke the drastic measure

He continued, ‘Finally, the withdrawal from Afghanistan was not just a disaster. By pulling military personnel out before the evacuation of American civilians, President Biden shamefully left our own citizens in danger.’

Gibbs said the crisis in Afghanistan pushed him to file articles of impeachment.

‘I don’t take this step lightly. Before the Afghanistan debacle, I urged my colleagues to consider a measured, thoughtful conversation on the merits of impeachment,’ he said.

He added that the sweeping COVID vaccine order Biden introduced earlier this month could later be added as an additional article.

The Alabama Republican acknowledged that impeachment proceedings would be virtually impossible to get off the ground in the Democrat-controlled House and said it was ‘a shot across the bow’ intended to warn the administration.

‘There are political dynamics in Congress I recognize will prevent this from ever being debated. But I could not stand by while President Biden commits what I believe to be flagrant and deliberate violations of his oath of office,’ Gibbs said.

‘When Republicans take back the House, we will take our commitment to the separation of powers, our role as a check and balance to the executive branch seriously. President Biden, Vice President Harris, and the entire administration is officially on notice.’

In the first article, Gibbs attacks Biden for failing to secure the US-Mexico border by halting construction of former President Donald Trump’s border wall and ‘leaving Border Patrol agents to fend for themselves in the effort to secure our borders.’

He also accused Biden of ‘knowingly releas[ing] migrants having tested positive for COVID-19’ into the United States after the White House rolled back enforcement of Title 42. 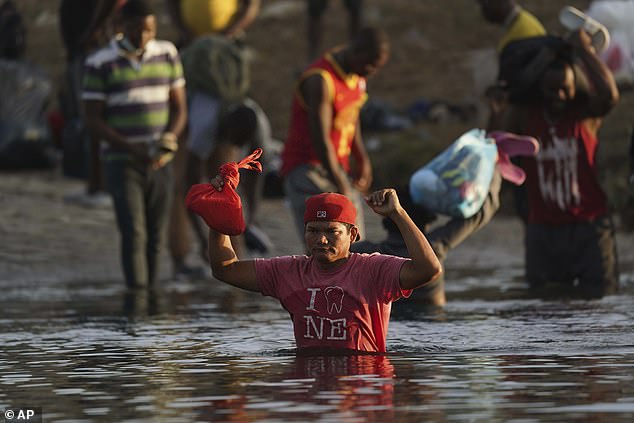 Title 42 was created during the COVID pandemic to allow the Trump administration to immediately expel asylum-seekers in the name of public health. While Biden is fighting to keep the policy in place, he did carve out exceptions for unaccompanied minors and families with young children.

Article II says Biden didn’t ‘faithfully execute the law’ by extending a COVID-era stay on evictions across the country, despite the Supreme Court warning earlier that such a rule would need Congressional approval.

When he announced the extension in early August, the president even acknowledged he didn’t know if it would ‘pass constitutional muster.’

The final impeachment article contains the strongest condemnation of Biden’s actions in office.

It says Biden ‘aided and abetted the enemy by failing to secure or destroy American-donated military equipment as Taliban forces overtook territory in Afghanistan.’

‘President Biden has executed a withdrawal policy that leaves Afghanistan in the hands of a terror-supporting regime and weakens America’s ability to prosecute the Global War on Terror,’ it reads. 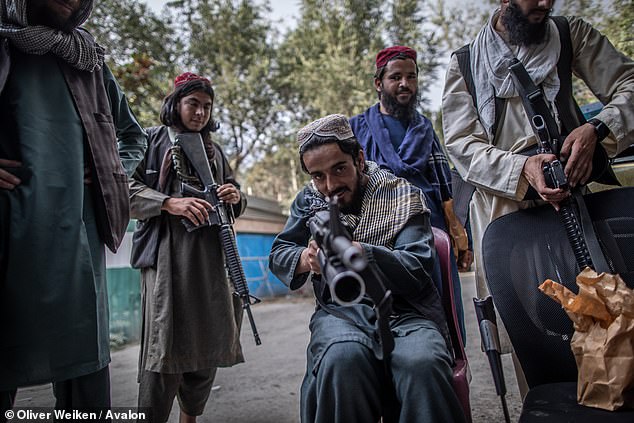 Gibbs accused Biden of having ‘executed a withdrawal policy that leaves Afghanistan in the hands of a terror-supporting regime’ (pictured: A young Taliban fighter aims his rifle in the direction of a photographer for fun as he stands guard outside a police station in Kabul on September 22) 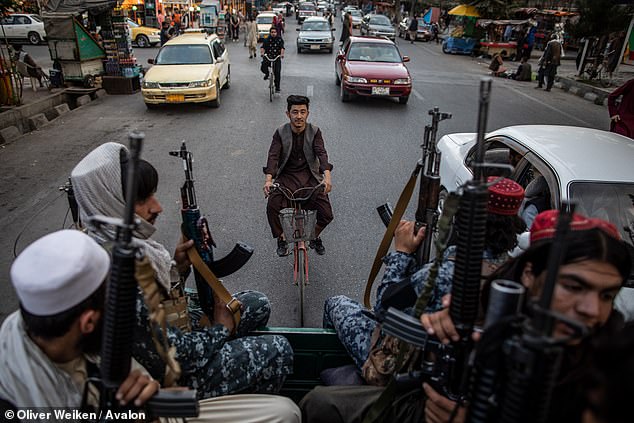 In a heated Senate hearing earlier this month, Secretary of State Antony Blinken admitted roughly ‘$80 billion’ worth of equipment was given by the US military and would’ve been left behind

In a heated Senate hearing earlier this month, Secretary of State Antony Blinken admitted roughly ‘$80 billion’ worth of equipment was given by the US military and would’ve been left behind.

However he repeated earlier messages from Defense officials that the majority of it – including planes and vehicles left at Kabul airport – were rendered inoperable.

Tuesday’s impeachment push, first reported by the Washington Examiner, is the second time Republicans tried to wield the drastic measure against the Democratic president.

Green argued he is ‘unfit’ for office and ‘will do whatever it takes to bail out Hunter’.

In a statement Greene indicated she is accusing Biden of abusing his power as Vice President when his son served on a Ukrainian energy company’s board.

‘President Joe Biden is unfit to hold the office of the presidency. His pattern of abuse of power as President Obama’s Vice President is lengthy and disturbing,’ she said on January 21.

‘President Biden has demonstrated that he will do whatever it takes to bail out his son, Hunter, and line his family’s pockets with cash from corrupt foreign energy companies.’

As of now no Republican leadership has indicated they’d support a move to push Biden out of office.

But days before the US completed its military withdrawal from Afghanistan, House Minority Leader Kevin McCarthy sent a clear warning to the president.

‘Look, I’m extremely frustrated with this president,’ McCarthy said in a press conference the day after a devastating attack on Kabul airport slaughtered at least 170 people and 13 US troops.

He said a president needs to have ‘the faith, the trust, and the confidence’ of Americans – which he said Biden lost.

‘There will be a day of reckoning, and we have a constitutional right,’ the Republican lawmaker threatened.

McCarthy said the main focus should be evacuating Americans still stranded in Afghanistan, but ‘when that day passes, we can take up anything that – to hold accountable for the actions that have been taken, the lies that have been given, the mis-decisions that put Americans in harm’s way, and the decision to leave Americans behind.’