WHEN this country took its great Brexit leap in 2016, there was one thing we knew.

The future would be in our hands, not in the hands of Brussels or anyone else. 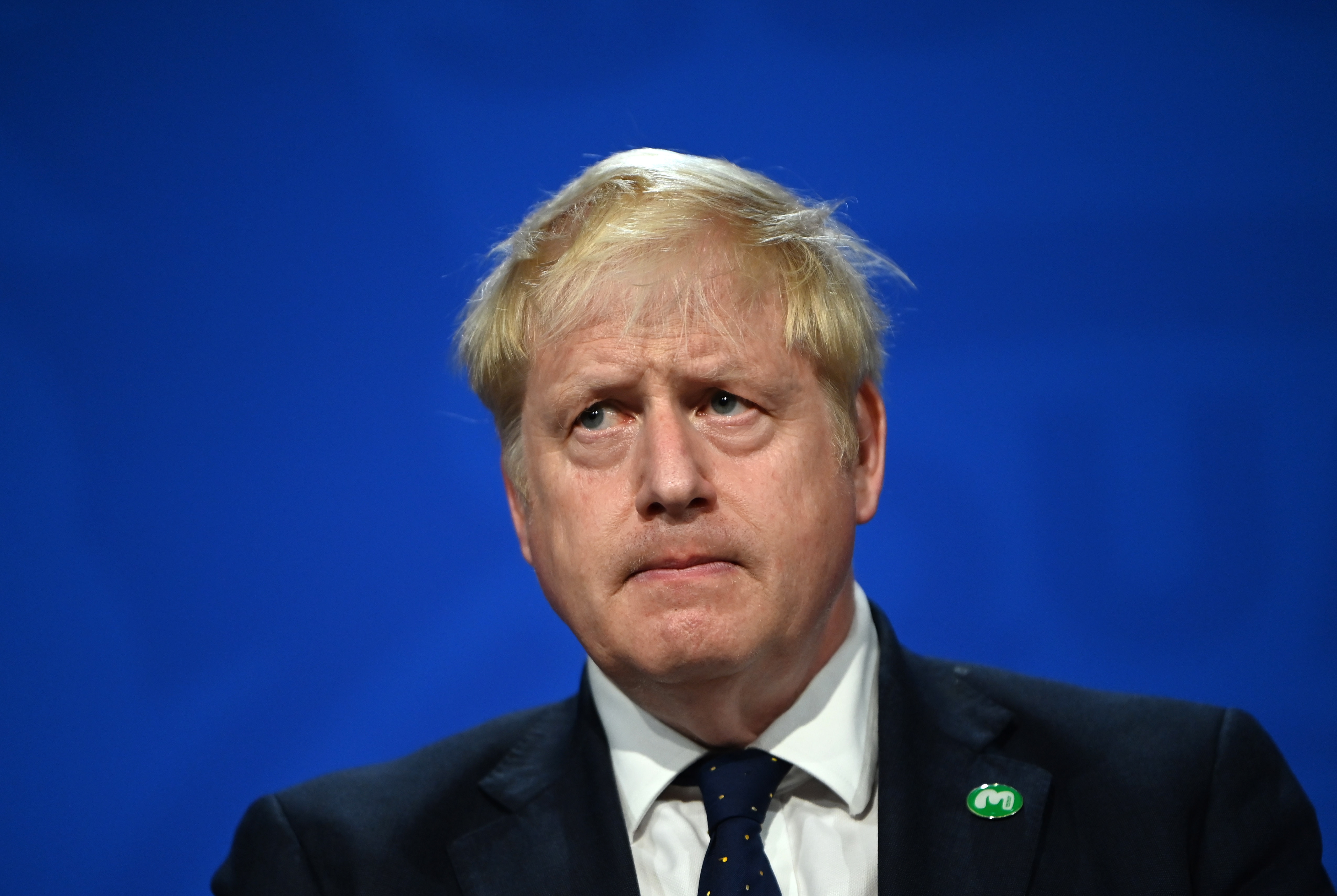 Two years ago we elected a Conservative government to finish that leap.

But we also elected Boris Johnson’s party because they said that they would make our economy boom again.

Their vision of Brexit Britain was positive and exciting.

They saw that small and big businesses needed to have red tape cut.

And that people work hardest when the most rewards come back to them.

Among other things, the Conservative promised not to raise taxes further.

Now, two years later, the Conservative Party has walked away from its manifesto promises.

This week the Prime Minister told the House of Commons that Covid had changed everything. The pandemic was not in anyone’s manifesto, he explained.

And so he unveiled a new “health and social care tax” that will mean every working person pays an additional 1.25 per cent in National Insurance.

As usual, the Opposition were completely hopeless in trying to challenge the Government.

All that Sir Keir Starmer’s Labour Party could do was to complain that they wouldn’t do what Johnson had done.

And that he was not doing enough.

The usual joined-up Labour Party thinking, in other words.

On only one claim were they right. Keir Starmer told the Commons: “The Tories can never again claim to be the party of low tax.”

That may well be true.

Certainly it is how the party’s own voters are responding.

A survey taken after this week’s announcement showed a Tory slump in the polls.

In fact, support for the Conservatives had fallen to its lowest level since the election.

Just 33 per cent of voters polled said they would vote Conservative now, as opposed to 35 per cent who would vote Labour.

And that isn’t because of any great hope provided by this mushy, confused and empty Labour Party.

It is simply because a large chunk of Tory voters no longer believe one of the Tories’ most basic claims.

Indeed, fewer than a quarter of them say they believe the party supports low taxation.

This is not just a blow to the Conservatives.

It is a blow to the country.

In the 1980s, this country went through one of the most important tax experiments of all time.

Back then the UK had been stuck in a high-tax doldrum for years, with productivity low and the whole country held hostage by radical Left ideas.

Then Margaret Thatcher and her Chancellor Nigel Lawson came along and made a sweeping set of changes.

None was more important than the one led by Lawson that saw taxes brought down for the first time in years.

That experiment proved that the tax collected by government could actually go up if you brought taxes down.

Because people work harder the more the money they earn is kept by them.

Most people lose their motivation to work once it seems to them that they are working for the Government more than they are for themselves.

After this week’s announcements it seems possible that this is exactly the moment we are headed to as a country.

Led by a Conservative Party that has forgotten the great lesson of the Lawson-Thatcher era.

The EU has long stifled its citizens.

Its mountains of red tape and high taxes mean it is very hard to point to any part of the bloc where innovation takes place.

When was the last time that a major tech company was started in Germany, for instance? Everything like that comes from the US.

Make a country high-tax and you make it anti-business.

People who would have started ventures in your country either give up or move to where another government encourages entrepreneurship and more.

The point of the Tory vision of Brexit was that we should become one of the places to which people would leap.

That we became one of the countries that fostered innovation

That rewarded work and encouraged success.

Less than two years into this Government it already seems it is more likely to make people leap the other way.

We have some trade deals, and the promise of some free ports

But that isn’t enough to counter the gloom that will come from announcements like this week.

The Government may have lost its reputation for low tax, but it better try to turbo charge everything else in the country.

Or the great leap we hoped to make could turn into one giant belly-flop.

Whiners will never have the courage of Winnie

As this paper revealed on Thursday, the trust has rebranded itself the Churchill Fellowship and removed all pictures of Britain’s hero wartime Prime Minister from its website. 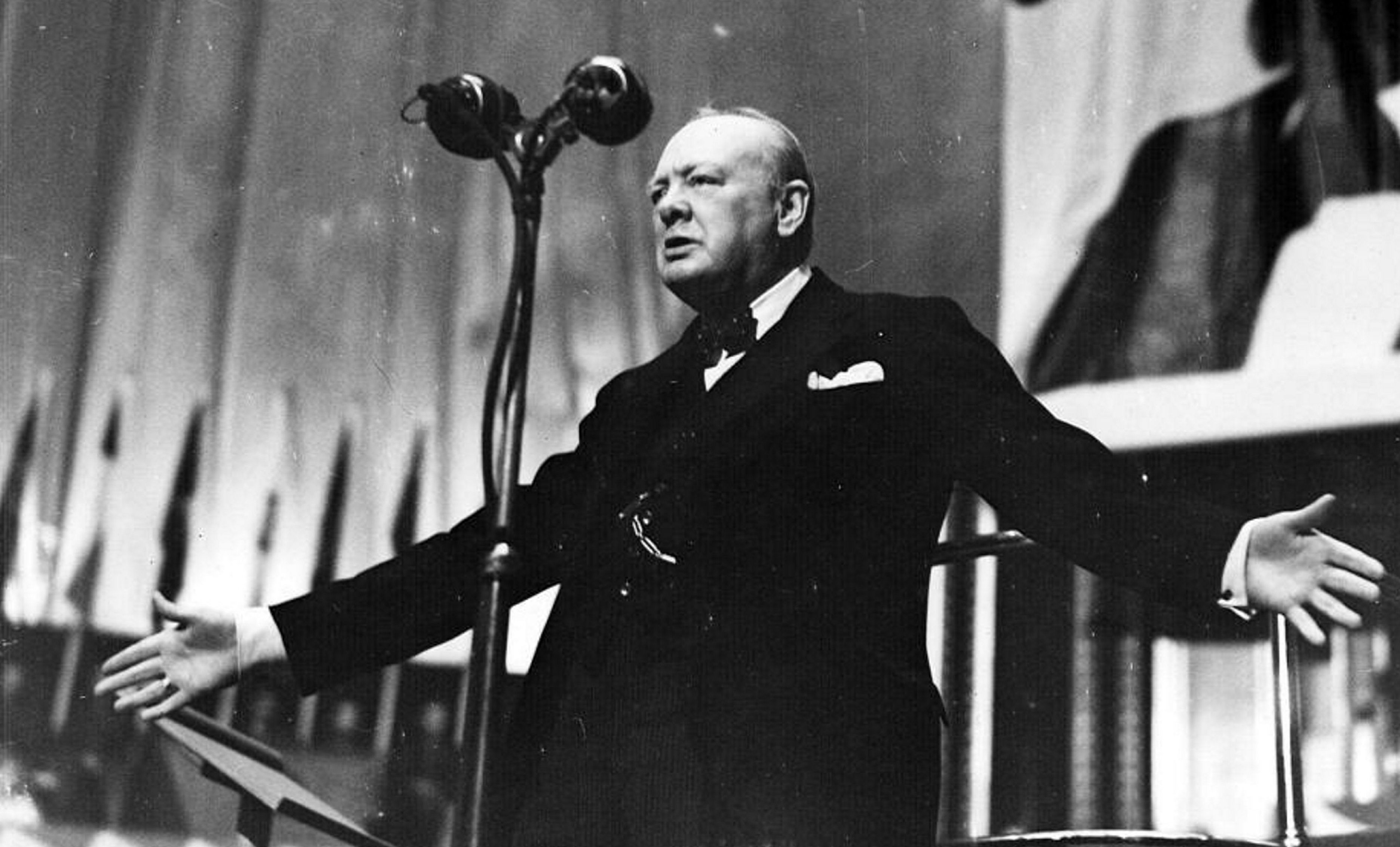 It seems that the new chief executive of the trust, Julia Weston, thinks she knows best.

And that means erasing the name, image and achievements of Winston Churchill and issuing “racism disclaimers” on the trust’s website.

But the damage to its reputation was already done.

There has been a deliberate campaign in recent years to denigrate our greatest Briton.

Almost 20 years ago that was what the nation named him in a national vote.

But today people who aren’t fit to touch the feet of his statue are running from him as though he might tarnish them.

Nothing could be further from the truth.

If Ms Weston and co want to run a woke PR charity they should go and do it elsewhere.

Winston Churchill is Britain’s greatest example of courage under fire.

People who run a mile because of “pressure” from a few woke bloggers should be nowhere near the great man’s name.

I SAID here recently that Australia seems to be leading the world in crazy Covid rules.

Then it was an elected official demanding that people standing outside drinking should keep wearing a face mask – making it basically impossible to have a beer outside. 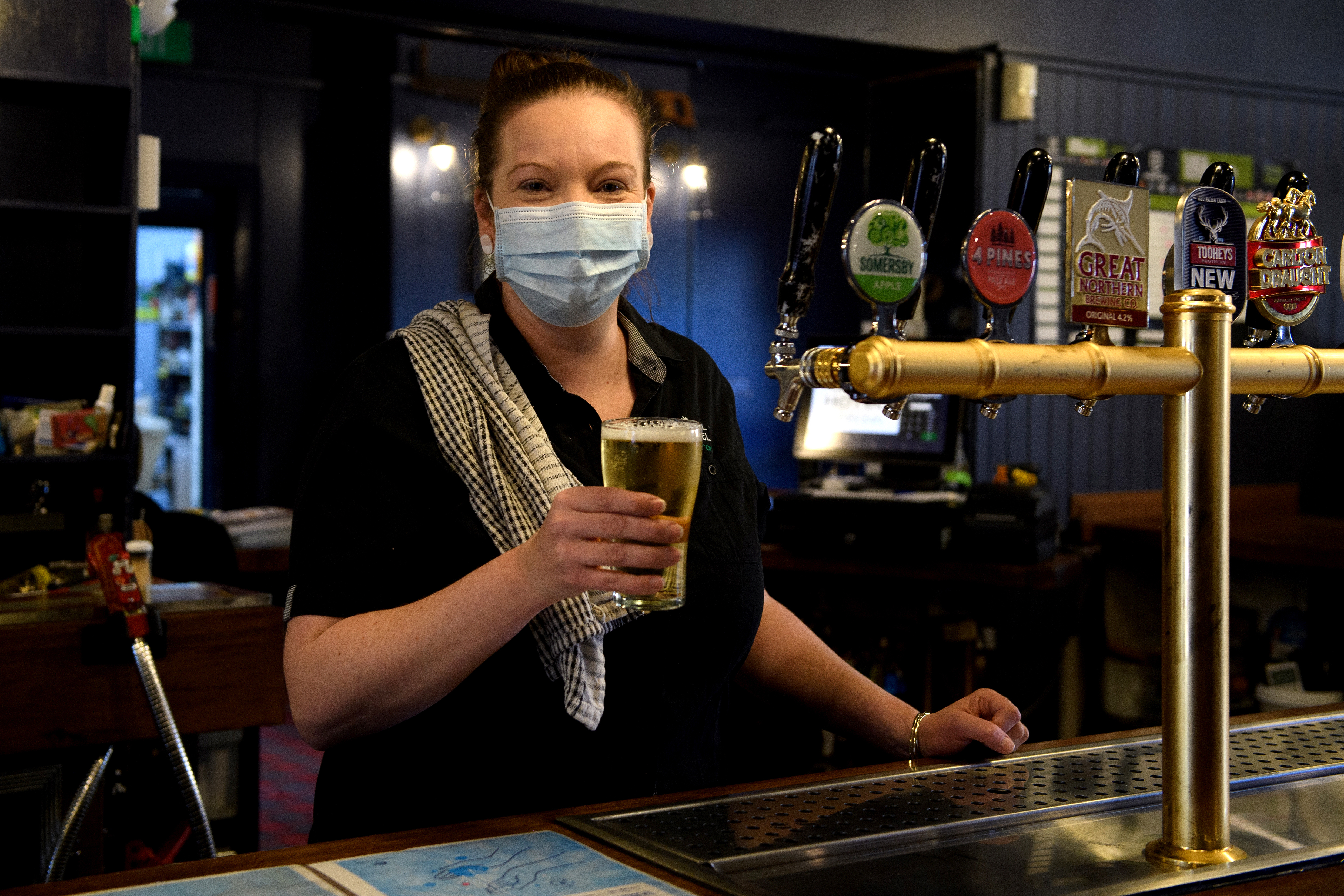 This week comes the news that police in New South Wales are confiscating alcohol from Aussies hoping to drink their beers at home.

Residents of a tower block in the area say that alcohol dropped off for them by relatives and others has been confiscated by the cops.

NSW Health claims the outrageous move helps to “ensure the safety of health staff and residents”.

THE BBC made another unforced error this week

DJ Paul Gambaccini had worked for the Beeb for decades. 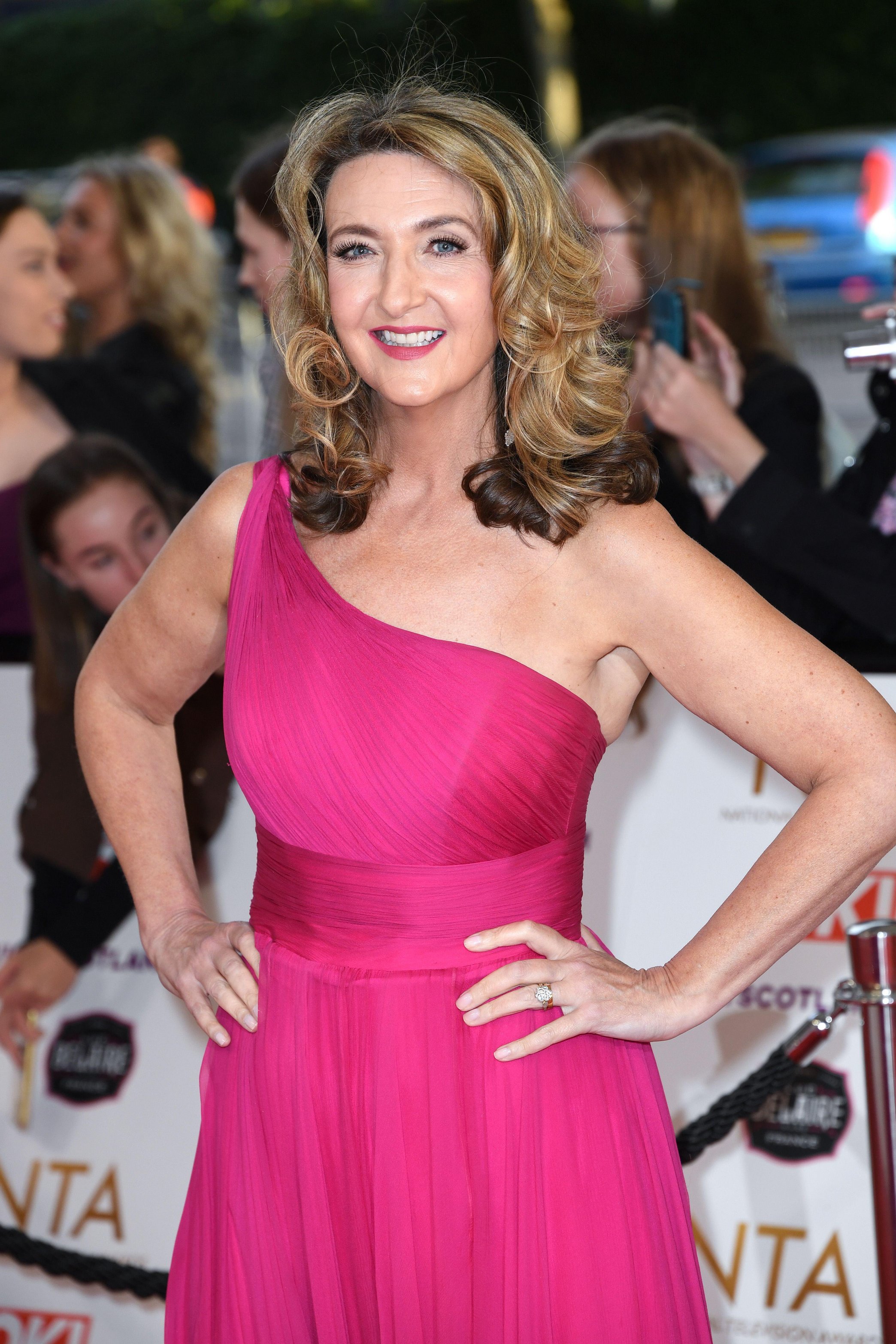 But in 2013 he was one of those innocent people wrongly accused in the Met Police’s appalling, bungling Operation Yewtree

Along with Sir Cliff Richard and others, Gambaccini’s life was turned over by wrongful accusations.

This week he was interviewed by the BBC on air and the presenter, Victoria Derbyshire, kept doing what BBC presenters now always do.

Whenever he said something critical of the police the presenter kept cutting him off and stressing that Met chief Cressida Dick, among others, would say something else.

Of course she would, said Gambaccini, who began boiling

But instead of just saying that the Met chief would have a different point of view and interviewing her later, the BBC’s presenter kept behaving like Dick’s head of PR.

On that occasion the BBC presenter behaved like Pakistan’s ambassador in London.

It was a disgraceful episode, causing international news.

Not least in India, where it was watched with horro

Impartiality is one thing.

Talking to guests as if they are guilty and the enemy is quite another.

A man on emission

IT turns out that China won’t listen to Britain’s climate tsar.

Alok Sharma went to Beijing to try to persuade the Communists that they should cut their carbon emissions to fall in line with British targets ahead of November’s climate summit in Glasgow. 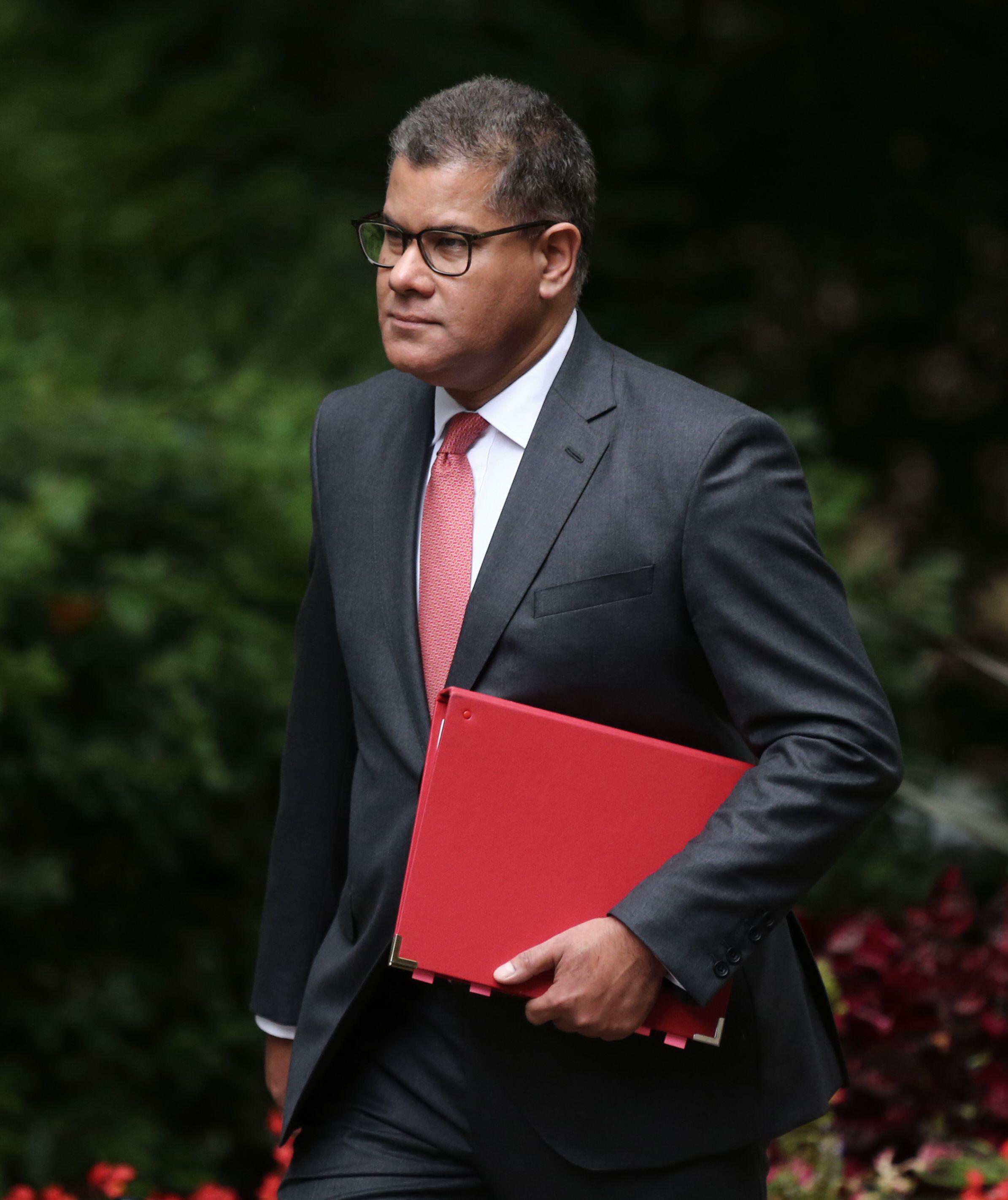 A massively growing nation is never going to cripple itself with emissions targets like ours.

China is ambitious. It has a long way to go.

Mr Sharma asking them to slow down is like a Tesla owner telling someone in an Audi that he ought to ride a bicycle.