Proper-ty, vicar! Grade II listed 17th Century rectory goes on the market for only the fourth time in its 420-year history – for £1.9million

A Grade II listed property built during the reign of James I is up for sale for only the fourth time in its 420-year history – with a price tag of a cool £1.9 million.

However, the property has been taken into the modern era with underfloor heating, state of the art appliances and hardwiring for internet. 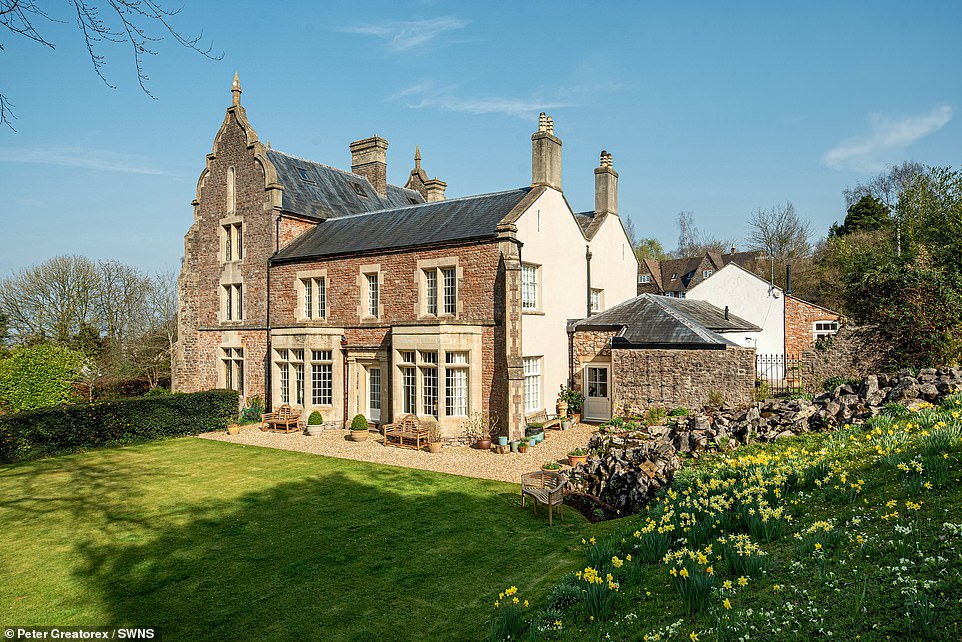 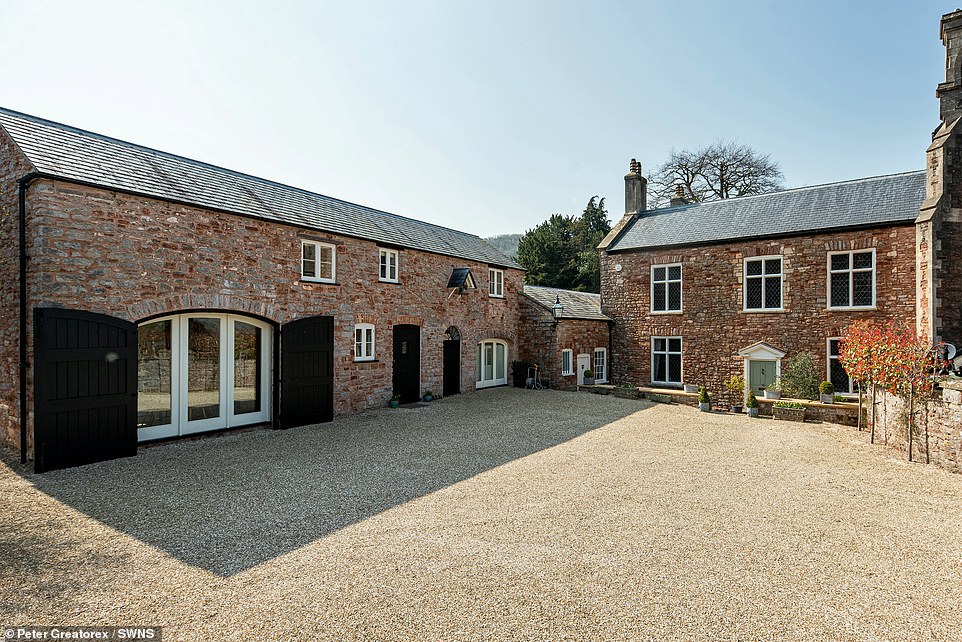 The Coach House has had many purposes throughout its long history. It has been used as a guest house, home office, nursery and award-winning holiday accommodation

The Coach House across the courtyard is now a cosy three bed house that was restored in 2007. It has its own garden with a terraced area, making it ideal for eating under the stars.

The Coach House has had many purposes throughout its long history. It has been used as a guest house, home office, nursery and award-winning holiday accommodation.

One formee resident was Reverent Simon Sturtevent who lived there in 1905. He was kicked out of the church for spending too much of his time designing sewers and drainpipes for the King.

In 1841 Reverent James Caulfield Brown made a home there. He built the large Victorian High Gothic extension to the main house to accommodate his 12 children, staff, beer cellar, a drive through for the horse and carriage and a large hall and study.

The house is located in Compton Martin, a village in Somerset. The village is home to a vibrant community.

The property is close to Wells with its abundance of independent stores and coffee shops. It is also only 30 a minute drive to Bath and Bristol.

Owning a rectory was more of a homecoming for the current owner.

Being the son of a canon, he had grown up in rectories, and when this rare and precious property came onto the market the chance of owning one was not to be missed. 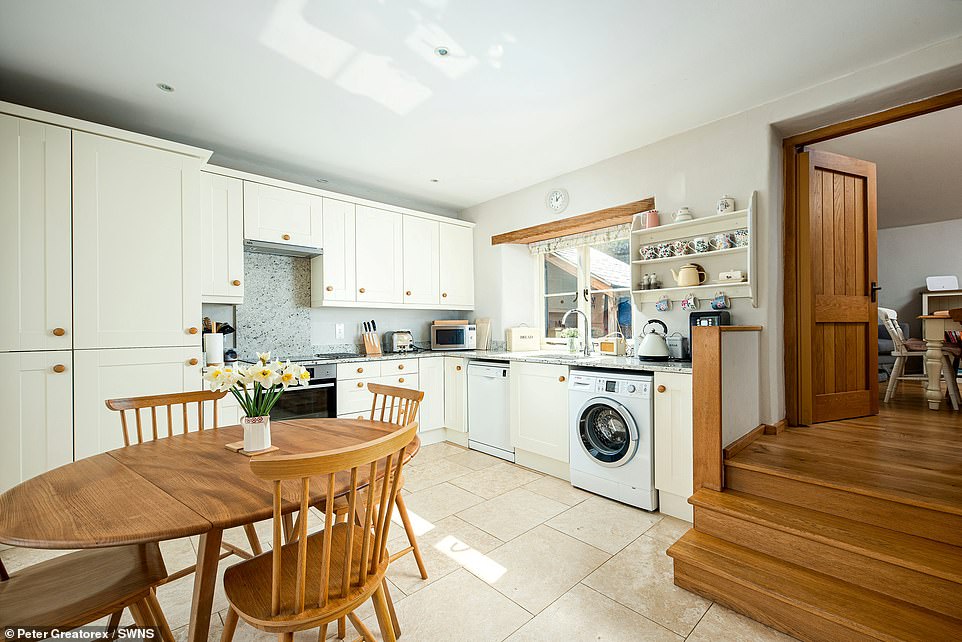 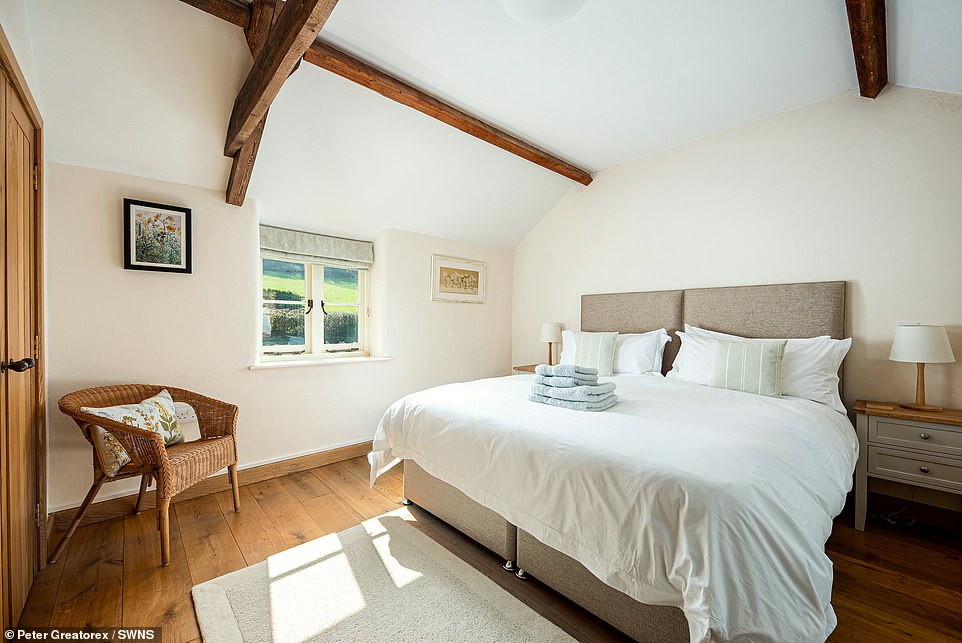 The owner said: ‘We had the luxury of living in the Coach House for 18 months as we underwent the renovation; we had renovated a property before and had a brilliant builder.

‘It was important to us to keep a lot of period features and we even re-instated some which had been removed over the years.

‘We combined this with modern elements, such as underfloor heating and hardwired internet.

‘We love everything about Compton Martin. It’s a quiet village, and even though our home is right in the heart, it is always peaceful.

‘The property itself provides so many options: we have had family members living in the Coach House, we have used it as our home office, it has been home to a nursery and, most recently, as holiday accommodation, for which it has won awards.’

There is a wealth of space in both buildings, making it a perfect family home.

The garden of the Old Rectory has many parts. First there is a flat lawned area on the same level as the house. Then as you ascend the ancient stone steps you come to a patio area. There is also a woodland filled with a variety of trees, a vegetable plot and a greenhouse.

The owner said: ‘Sitting in the centre of the garden is a distinctive 200-year-old copper beach tree whose leaves turn purple in the summer and copper in the winter.

‘You can’t help but enjoy watching the seasons change, with this tree being one of the highlights. We also are blessed with a wealth of wildlife enjoying our garden too. 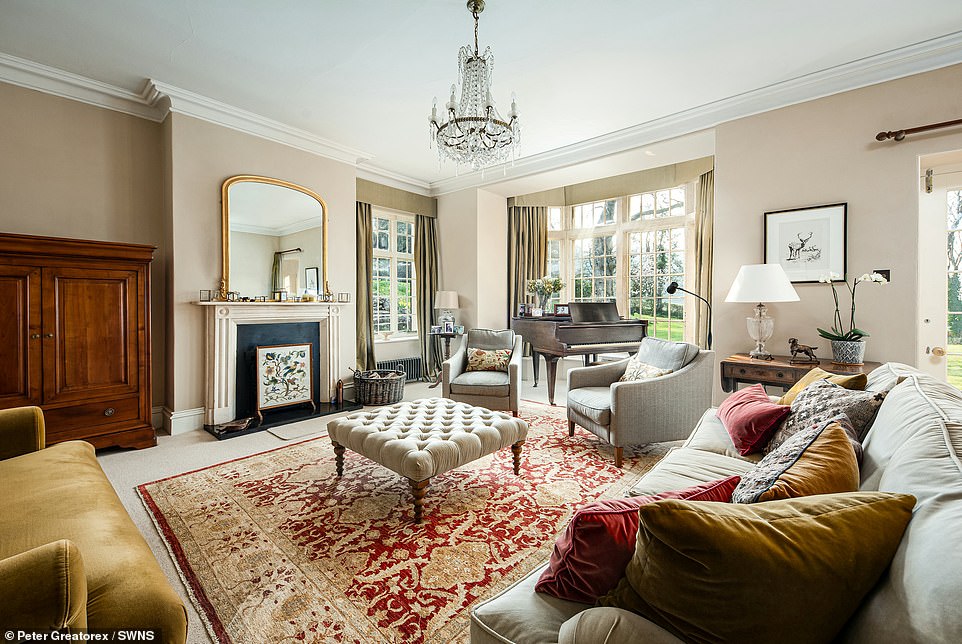 One old resident was Reverent Simon Sturtevent who lived there in 1905. He was kicked out of the church for spending too much of his time designing sewers and drainpipes for the King

‘We attract a wide variety of birds, you often see squirrels and occasionally we have a real treat of seeing deer standing magnificently in our garden at daybreak.’

The oldest reference to the Coach House and Old Rectory dates all the way back to 1604.

The property is nestled in the heart of the village and looks upon a nearby church and on a clear day the coast of Wales.

It has around 0.7 acres and has a secure gated access and a driveway that can hold over eight cars.

The owner added: ‘The village is home to a local pub, and also a handy post office, amenity field and village hall.

‘It is also dog heaven here – there are some completely safe and secure routes whether you wish to walk for 40 minutes or a few hours.

‘It is also good for mountain and road biking as well.

‘As the village has no streetlights, there is no ambient light which means it is incredible for stargazing; combining this with the peace and quiet, you feel like you are in a different world.’