Revealed: 0.01% of schools saw Covid outbreak when pupils returned in June with just 67 individual cases recorded, study reveals as UK’s chief medical officers tell parents it IS safe for children to go back to classroom

Only 0.01 per cent of preschools and primary schools in England experienced a Covid-19 outbreak when pupils returned to classrooms in June, a new study has revealed.

A Public Health England (PHE) report found the reopening of schools following the easing of lockdown was associated with a total of 198 confirmed Covid-19 cases, 70 in children and 128 in staff.

There were 67 single confirmed cases, four ‘co-primary’ cases and 30 outbreaks of Covid-19 in schools during June, it added.

A total of 121 cases were linked to the outbreaks – defined as two or more connected cases – with 30 infections detected in children and 91 in staff, the analysis said.

Outbreaks in schools were typically small in size and more than half involved just one secondary case, the report added, with PHE insisting they were all ‘successfully contained’. 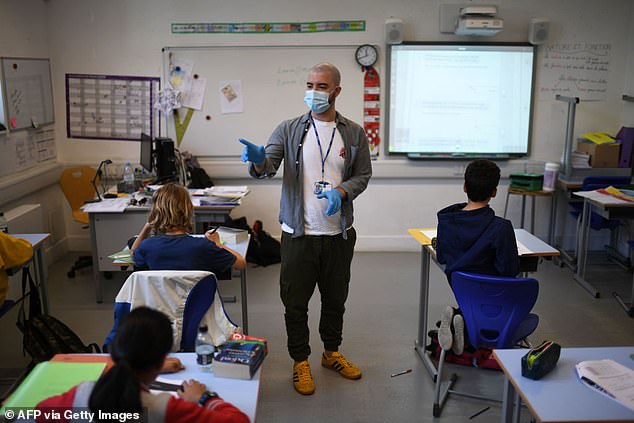 A Public Health England report found the reopening of schools following the easing of national lockdown was associated with a total of 198 confirmed Covid-19 cases, 70 in children and 128 in staff (file image)

It comes as the UK’s Chief Medical Officers last night told parents their children face an ‘exceptionally small risk’ from Covid-19 when they return to classrooms next month.

In an unusual ‘consensus statement,’ all 12 Chief and Deputy Chief Medical Officers agreed that ‘very few, if any, teenagers will come to long-term harm from Covid-19 due solely to attending school’.

Education settings in England were asked to reopen to children in nursery, Reception, Year 1 and Year 6 at the start of June, extending to Year 10 and 12 students from June 15.

The PHE report today warned staff need to be ”more vigilant’ for exposure to Covid-19 outside school, as the majority of cases linked to outbreaks were in employees.

But the report said early detection and isolation of staff and students can prevent the progression of an outbreak ‘in most cases’.

It added: ‘Within the educational setting, the higher risk of SARS-CoV-2 among staff highlights a need to strengthen infection control measures at two levels. 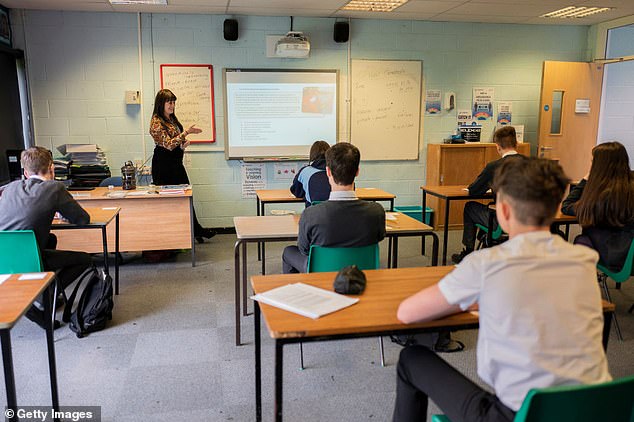 There were 67 single confirmed cases, four ‘co-primary’ cases and 30 outbreaks of Covid-19 in schools during June, it added (file image) 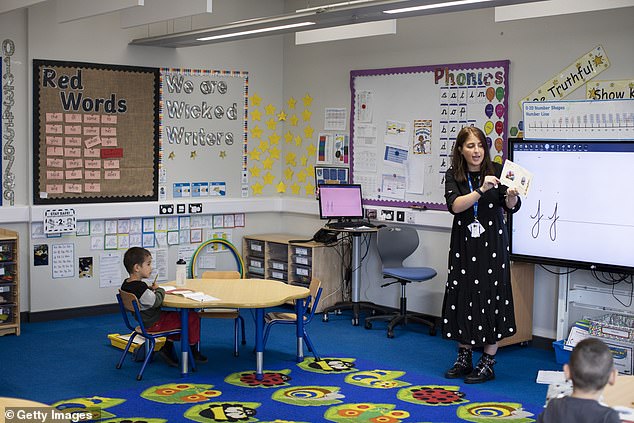 A total of 121 cases were linked to the outbreaks – defined as two or more linked cases – with 30 infections detected in children and 91 in staff, the analysis said (file image)

‘Staff members need to be more vigilant for exposure outside the school setting to protect themselves, their families and the educational setting.

‘Within the education premises, stringent infection control measures between staff need to be reinforced, including use of common staff rooms and cross-covering staff across bubbles.’

The report added there was a ‘strong correlation’ between community coronavirus incidence and risk of outbreaks in educational settings, even during a period of low Covid-19 cases.

The analysis also found further school closures may be necessary in regions with increasing community infection, but this should only be considered ‘in extremis’.

It said: ‘The potential for spread within educational settings, as observed from the wider swabbing of some schools in our surveillance and from recent reports from other countries, does suggest that school closures may be necessary as part of lockdown in regions with increasing community infection, although given what is known about the detrimental effects of lack of access to education on child development, these should probably be considered only in extremis by comparison with other lockdown measures.’

The report comes the day after the UK’s chief medical officers warned children are more at risk of long-term harm if they do not attend school than if they return to the classroom despite coronavirus.

Kevin Courtney, joint general secretary, of the National Education Union, said schools and colleges needed to know what should happen if an outbreak of the virus occurs in individual schools or through national, regional or local spikes. 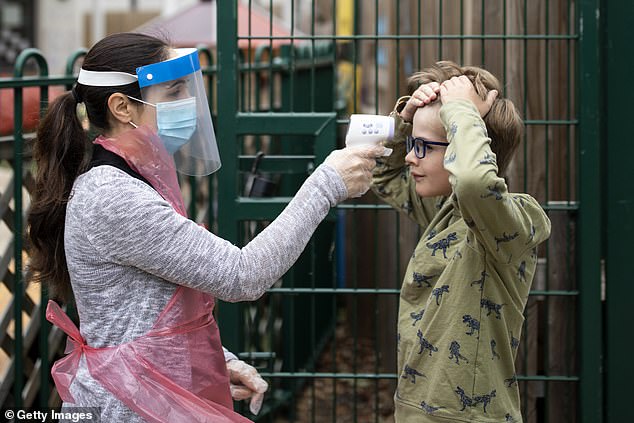 He said the Government needed to issue guidance on moving to teaching rotas or limited openings and to hire more teachers to allow education to continue if infection rates rise.

Mr Courtney added: ‘Government advice needs to cover the possible self-isolation of bubbles and, in extremis, moving to rotas or to more limited opening.

‘It needs to cover advice to heads about the protections needed for staff in high-risk categories if infection rates rise.

‘Government should be employing more teachers and seeking extra teaching spaces to allow education to continue in a Covid-secure manner if infections rise.’

All 12 Chief and Deputy Chief Medical Officers last night agreed that ‘very few, if any, teenagers will come to long-term harm from Covid-19 due solely to attending school’.

And they say that small risk has to be offset against ‘a certainty of long-term harm to many children from not attending school’.

The experts concluded that ‘teachers are not at increased risk of dying from Covid-19’ compared to other workers, and say that the evidence from other countries is that reopening schools is not linked to a surge in cases.

In their statement, the Medical Officers brushed aside teaching unions’ safety fears by declaring that ‘there is an exceptionally small risk of children of primary or secondary school age dying from Covid-19’. 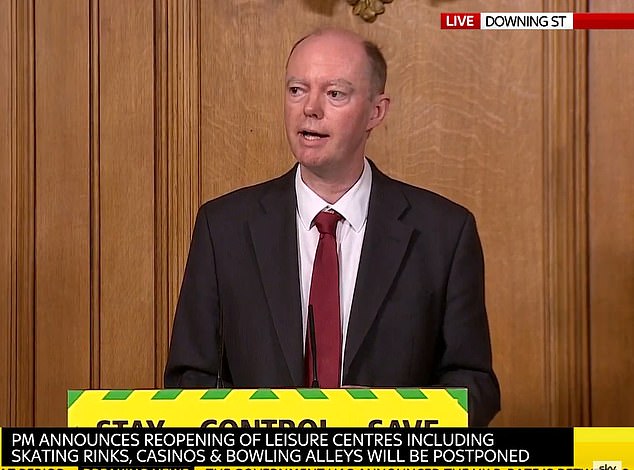 They said the fatality rate for children aged five to 15 who become infected was just 14 in a million, ‘lower than for most seasonal flu infections’, and while every death of a child is a tragedy, ‘almost all deaths [from Covid] are in children with significant pre-existing health conditions’.

The experts reported that just one in a thousand children under nine who show Covid symptoms would need hospital treatment, a figure that rises to three in a thousand for ten-to-19-year-olds.

That is still an order of magnitude lower than the four per cent rate for the general population, and the experts add: ‘Most of these children make a rapid recovery.’

Set against this tiny risk, the scientists said: ‘We are confident that multiple sources of evidence show that a lack of schooling increases inequalities, reduces the life chances of children and can exacerbate physical and mental health issues.’

England’s Chief Medical Officer Chris Whitty added that the ‘incredibly small’ health risks should be balanced against the overwhelming evidence ‘that not going to school damages children in the long run and that includes their long-term chances.’

He added the transmission rates across the UK were broadly flat and said: ‘The evidence from other parts of the world is that, when schools have opened, this has not led to a sudden surge in transmission that looks as if it’s due to the schools opening.’