THIS is the heart-stopping moment a fisherman PETS a 16-foot great white shark before the beast started chomping at the boat's engine.

Erika Almond and her friends were fishing in the Gulf of Mexico off the coast of Tampa Bay on Friday when the massive great white approached their boat. 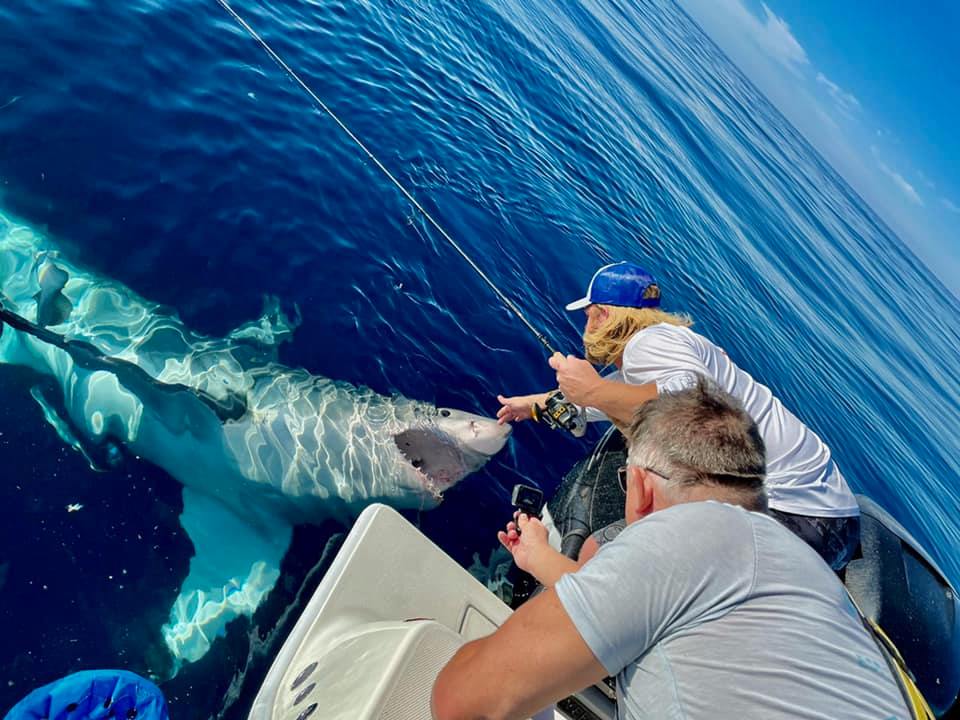 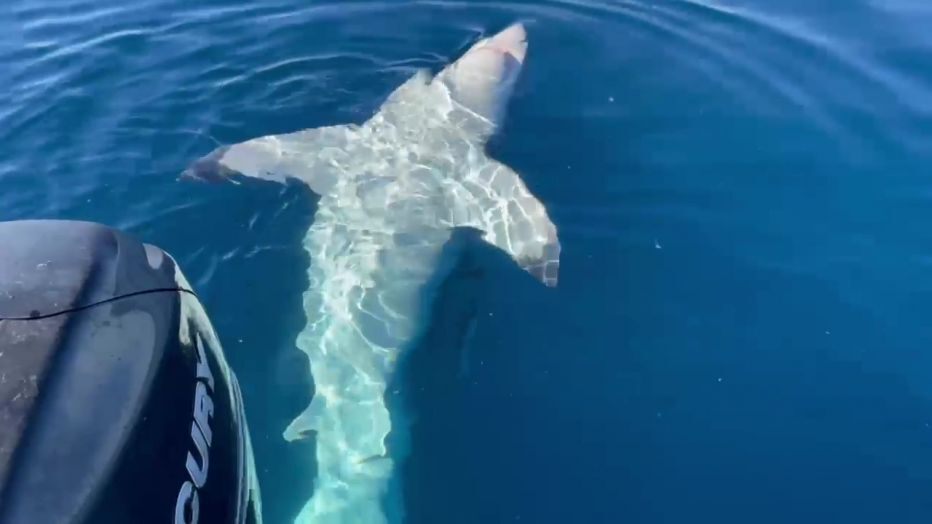 Almond and her four friends were catching amberjack when the shark swam near their boat chasing the bait.

As the predator moved closer towards the group of friends, he began chomping the motor of the boat several times.

"It was breathtaking. It came right up and took a chunk out of one of our motors," Almond said.

"It's not unusual, we expect sharks when you're fishing and chumming like that but what made this unique was it was about a 14- to 16-foot great white shark.

"We couldn't believe what we were seeing."

At one point the shark began to float on its back, a reflex known as tonic immobility which causes the shark a temporary state of inactivity similar to hypnosis.

After floating on its back the great white made several passes enabling the boat's captain, Tyler Levesque, to pet the shark.

"At one point he even rolled over like he wanted us to rub his belly," Almond told FOX 13 News.

While great whites are common in the Gulf of Mexico, sightings are rare.

Every year, around 70 shark attacks are reported worldwide – and only a fraction of these are fatal.

Given that there are more than 480 different species, this is a relatively small number.

Only three sharks are considered to carry out unprovoked attacks on humans: the great white, tiger shark and bull shark.

The Florida Museum of Natural History created a list of the shark species that have attacked humans the most, dating back to 1580.

According to the list, there have been 80 fatal incidents involving great whites. 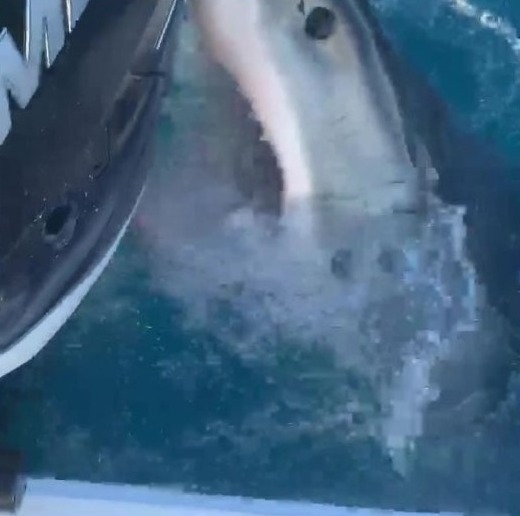 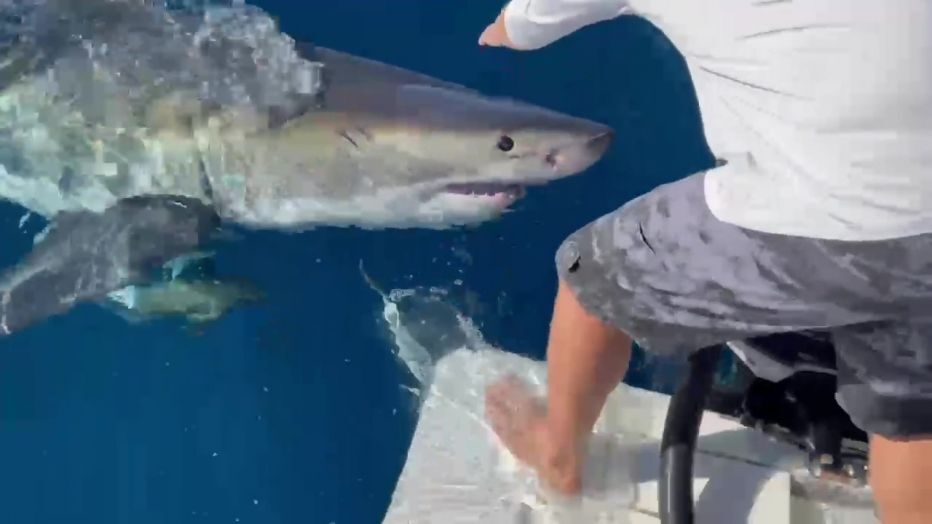