Holidaymakers were forced to run for cover when a light aircraft came crashing down towards them at a beach in Wales.

The plane missed day-trippers and surfers by just a few metres when its engine failed and it went plunging into the water at Whitesands Bay in Pembrokeshire this afternoon.

Witnesses have said the pilot of the light Piper Challenger, believed to be worth £30,000, is lucky to be alive after he was pulled out by emergency services and taken to hospital.

They were scrambled to the scene soon after the crash happened at 1.30pm today. 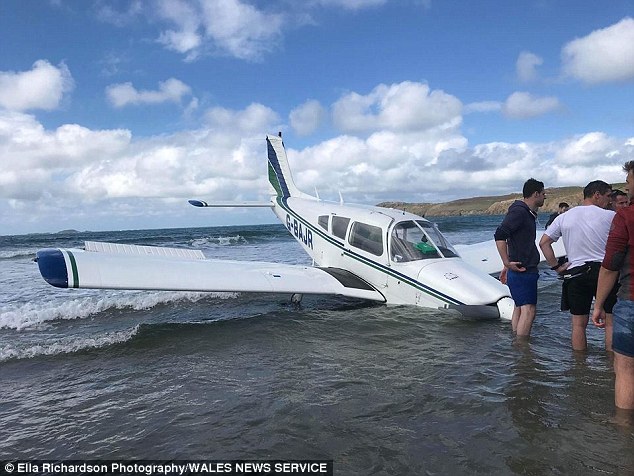 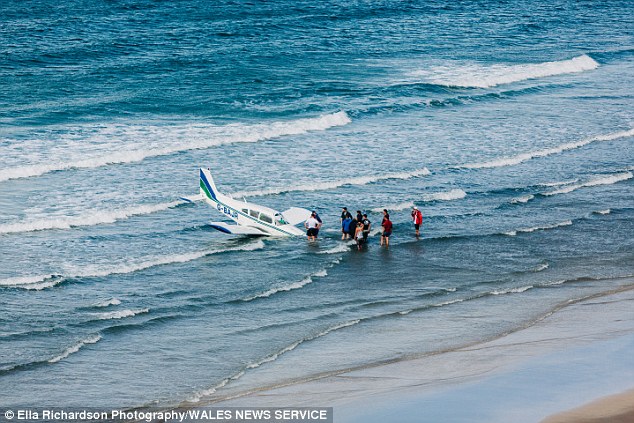 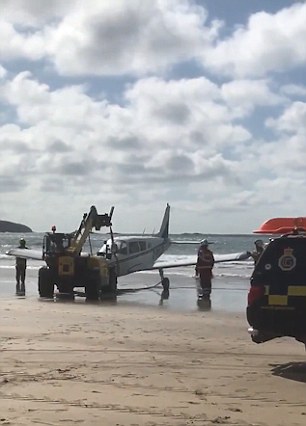 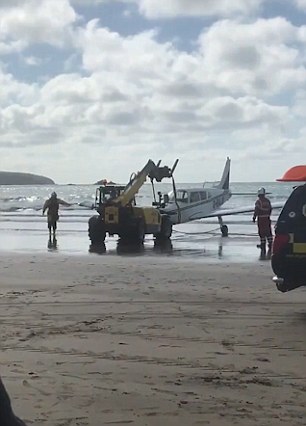 The aircraft took off from Haveforwest Airfield before crashing 18 miles away at the popular beach.

Shocked holidaymakers ran back into the sea when the plane had stopped moving to see if they could help the stricken pilot.

Andy Carroll, Coastguard Controller said: ‘The pilot sustained a head injury and is suffering from shock, he has been handed into the care of the ambulance service.’

Ian Price, owner of a nearby B&B, described the scene as emergency services dashed to the beach – a hotspot for surfers and families. 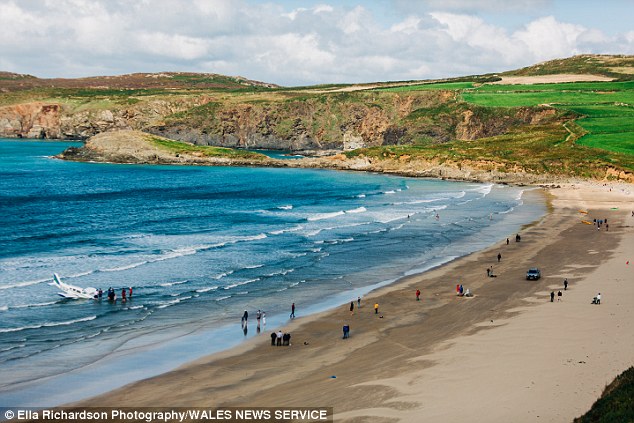 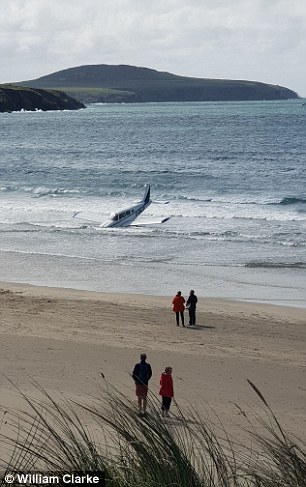 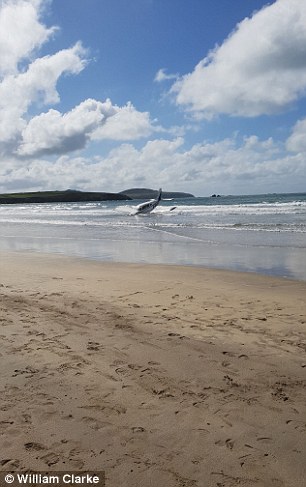 Pictured: The plane crashed into the water around 100 metres from the beach where holidaymakers and locals were enjoying a day out

He said: ‘I arrived at the beach after the crash happened and there was a lot of emergency services there – coastguard, police, ambulance. Someone was being carried out by the lifeboat.

‘It’s lucky it wasn’t a week ago when the beach was much busier over school holidays. Today it’s been quite windy so there weren’t as many people around.’

Sian Richardson, who runs a campsite at Pencarnan just behind Whitesands Beach, was outside when the plane came overhead. 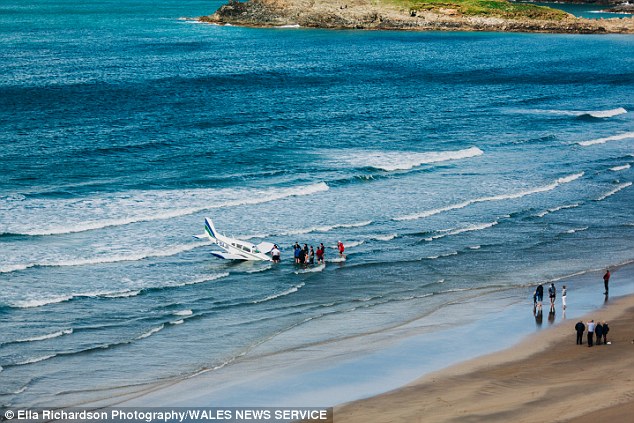 She told Wales Online: ‘It made a really weird noise, like it was coughing and spluttering.

‘But the guy flying it was an incredible man – he steered the plane out of the way and stopped anyone getting hurt.

‘He skimmed over the water like a pebble and landed bang on the shoreline. He really was an incredible guy to do that.’

Air accident investigators are soon expected to arrive at the scene to investigate the crash.