The Wagatha Christie case has had plenty of people speculating who could play the warring WAGs in a film – while also prompting recollections of the time Rebekah Vardy said she wanted Meghan Markle to portray her in a biopic about her footballer husband.

Rebekah was quizzed on Piers Morgan’s Good Morning Britain in 2016 about which actor would be best to depict her in a mooted film about her partner Jamie’s rise from non-league football obscurity to winning the Premier League title with Leicester City.

Meghan Markle – who began going out with Prince Harry that same year – was reportedly a favourite among film bosses for the role.

When Piers mentioned this to Rebekah, she replied: ‘That would be great wouldn’t it?’ 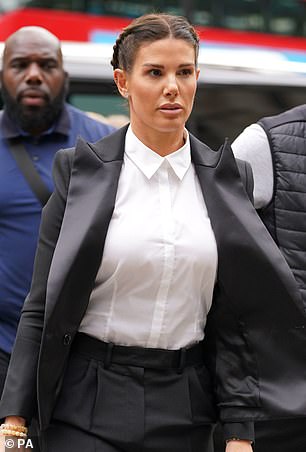 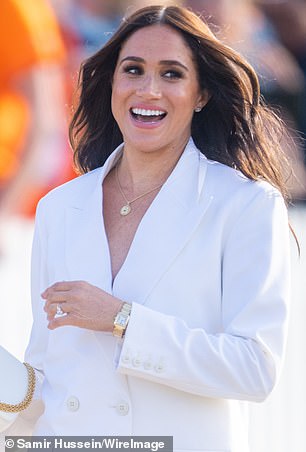 Rebekah Vardy (left, outside court today) once said she would like Meghan Markle to play her in a biopic about her footballer husband

At the time One Direction’s Louis Tomlinson was also linked to the main role, although the film never came to fruition.

Meghan got together with Prince Harry in 2016, and would go on to abandon her acting career for a brief stint as a senior royal.

The Wagatha Christie case began with a now famous post from October 2019, Coleen, 36, accused Rebekah, 40, of leaking ‘false stories’ about her private life to the press.

Rebekah denies leaking stories to the media and is suing her fellow footballer’s wife for libel, while Coleen is defending the claim on the basis her post was ‘substantially true’ and in the public interest.

Earlier in the trial, Rebekah was asked about a 2004 interview in the defunct tabloid about a sexual encounter she said she had with singer Peter Andre. 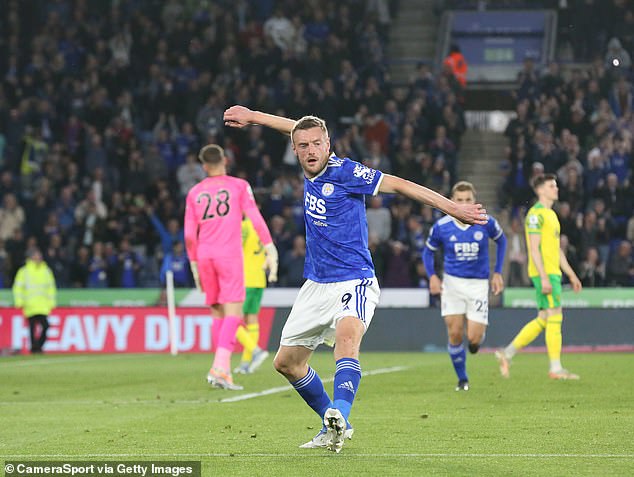 Coleen’s barrister David Sherborne showed what appeared to be an A3 printout of the article to Rebekah in the witness box, before reading the headline: ‘Peter’s hung like a small chipolata, shaved, slobbery, lasts five minutes.’

However, Rebekah previously said that she was ‘forced into a situation by my ex-husband’ to do the interview.

On Friday, Rebekah was asked questions by her barrister, Hugh Tomlinson QC, about the article.

Mr Tomlinson asked: ‘Looking back now all these years, nearly 20 years since, can you remember whether the things presented in the article were things you actually said?’

Rebekah replied: ‘There’s a lot of things in there that did not come out of my mouth that were misrepresented in the circumstances around that article I’m deeply sorry for.

‘It’s shameful reading that, and one of my biggest regrets.’