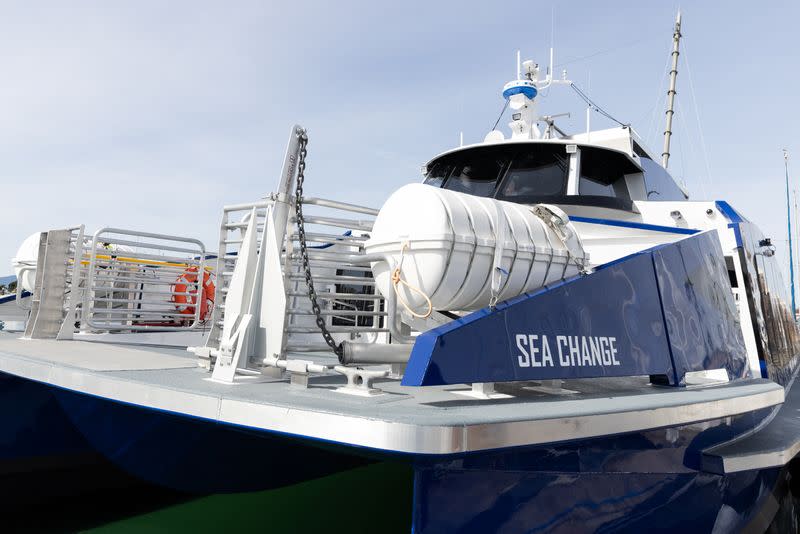 BELLINGHAM, Wash. (Reuters) – The San Francisco Bay will soon have a new fossil fuel-free ferry floating in its waters, propelled completely by hydrogen fuel cells, and officials hope it heralds change on the high seas.

Aptly named Sea Change, the 70-foot (21-meter), 75-passenger ferry will service multiple stops along San Francisco's waterfront. It was built at All American Marine shipyard in Bellingham, Washington, and was undergoing tests with the U.S. Coast Guard in nearby Puget Sound.

"We're here in the water, under hydrogen fuel cell power and it's the first commercial vessel in the world that's got that propulsion system," said Pace Ralli, chief executive of Switch Maritime, standing on the bow of the ferry in Bellingham Bay.

Advocates assert hydrogen fuel cells are cleaner than other carbon-cutting methods as they only emit water and heat, but the high cost and bulky fuel cell systems have limited the use of the technology.

Ralli conceived the idea for the fuel cell-powered ferry while living in New York City, trying to find ways to decarbonize the maritime industry.

"There was a project in California that was being sponsored by the California Air Resources Board, and they were working on hydrogen fuel cell as a method for decarbonizing ships, so we joined up with them and funded their project in 2019," Ralli said. 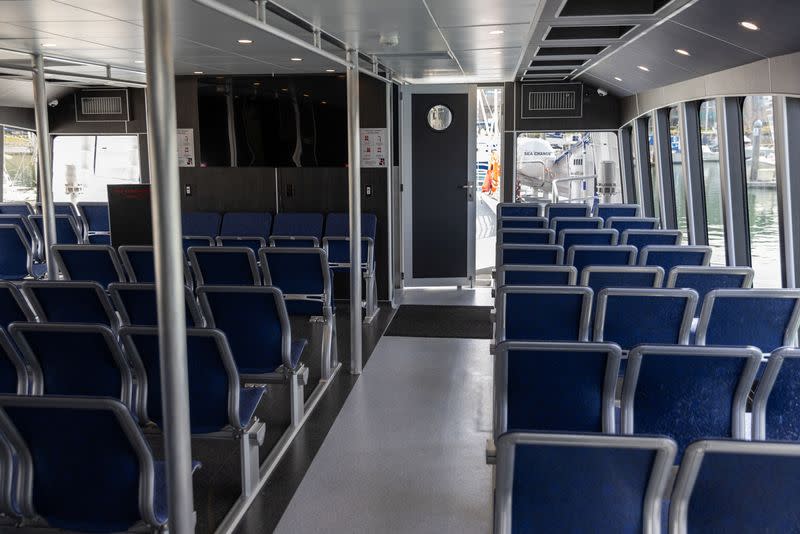 As he spoke, three hydrogen fuel cell stacks whirred in the engine room, helping power two propellers that move the ferry along at a top speed of 20 knots. All American Marine project manager Jeff Sokolik helmed Sea Change, pressing buttons on a touchscreen that engage automated systems communicating with the engine room.

"This is going to be the next standard in fuel-cell driven vessels. They're clean, they're efficient and they make sense economically on scale," said Sokolik, who believes this eco-friendly maritime innovation could be widely adopted as soon as 10 years from now.

As companies move toward a zero-emission world, the desire to hit their sustainability targets has risen.

"We're focused on the shipping industry because that's where we have expertise, but I don't think any industry can really wait at this point," Ralli said.

"We're really paving the regulatory framework that's needed to take this to a larger harbor craft, whether it's tugs and other larger ferries or even ocean-going vessels like container ships and cruise ships and tankers," he adds.

If all goes to plan, Ralli said the boat will be delivered to the Bay Area in late May and serve passengers in June, just in time for San Francisco's summer season.