Mitra Eidiani, 42, was found not guilty of forcing her daughter Sophia Safaraei, 18,(pictured) to take a virginity test after finding out she had a boyfriend

An Iranian couple accused of demanding their daughter take a virginity test after they found out she had a boyfriend were cleared of all charges against them today.

Mitra Eidiani, 42, wept as she and Ali Safaraei, 56, from Clapham, south-west London, were found not guilty of two counts of controlling or coercive behaviour in an intimate or family relationship.

The couple were also cleared of one count of making a threat to kill.

Eidiani was also cleared of one count of assault occasioning actual bodily harm over allegations she bit her daughter when the relationship was found out.

The jury of four men and eight women took just one hour to deliver the verdicts.

They were told the pair’s daughter, Sophia Safaraei, 18, was taken to a GP for a virginity test because it was ‘important’ to her parents as Muslims.

It was also claimed the couple took possessions including her mobile phone, passport and bank card when the affair was found out.

They were alleged to have threatened to kill Sophia’s boyfriend, Bailey Marshall-Telfer, during a confrontation at his workplace.

Eidiani wept with relief and shouted ‘Oh my God’ as the verdicts were delivered.

Eidiani, who smashed Mr Marshall-Telfer’s headphones when she found him at the family’s flat in Clapham, south west London, pleaded guilty to criminal damage at an earlier hearing.

She was handed a six-month conditional discharge and told to pay £20 compensation for that offence. 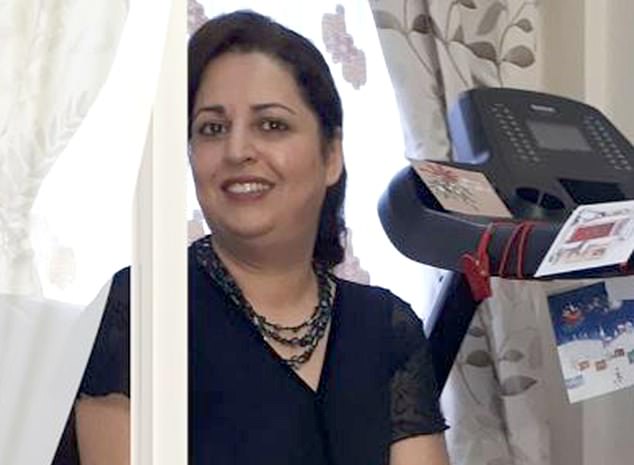