Mr Hunt had been in the running to succeed Theresa May last year, but won just half the number of votes Mr Johnson did – from both the members’ vote and the fifth MPs’ ballot.

The former health secretary today told Sky News: ‘I’ve certainly dodged a bullet, there’s no question when you look at the year that poor Boris has had.

‘It’s been a very tough year for anyone who was Prime Minister, there’s absolutely no question about it.

‘To deal with a pandemic – completely unprecedented.

‘I would have loved to have done the job but I recognise that Boris Johnson did something very important which is he got an 80 seat majority for the Conservatives. 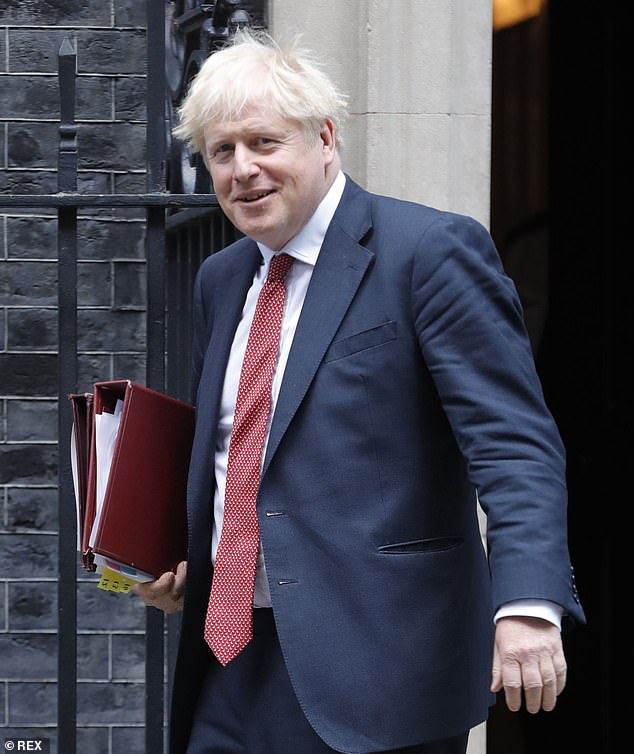 Mr Hunt had been in the running to succeed Theresa May last year, but won just half the number of votes Mr Johnson did – from both the members’ vote and the fifth MPs’ ballot

‘Whether or not you love or loathe the Conservatives we do now have political stability.’

Mr Hunt added that Mr Johnson had ‘very kindly’ offered him a Cabinet job but said he ‘wanted to spend a bit more time with my kids’.

Mr Hunt, who is chairman of the Commons Health Committee, has called for secondary school teachers to be regularly tested for Covid-19 to improve parent confidence that classrooms are virus-free.

He recently backed a call from epidemiologist Professor Neil Ferguson for ‘rapid testing’ in schools.

It comes as Britain’s current Health Secretary Matt Hancock revealed that coronavirus restrictions in Bolton and Trafford are to remain in place following a ‘significant change’ in infection rates in both areas.

The U-turn from Mr Hancock follows council leaders in both boroughs pleading for the ban on two households mixing to be maintained.

Mr Hancock said: ‘Following a significant change in the level of infection rates over the last few days, a decision has been taken that Bolton and Trafford will now remain under existing restrictions.

‘This decision has been made in collaboration with local leaders after reviewing the latest data.

‘We continually monitor outbreaks across the country, and have seen infection rates increase more than three times in Bolton in under a week, and double in Trafford since the last review.

‘We have always been clear we will take swift and decisive action where needed to contain outbreaks.

‘We can bring the rates down if we continue to work together and I urge everyone to continue to play their part by following the rules – get tested if you have symptoms, self-isolate and practice social distancing.’

The statement was released by the Department of Health and Social Care shortly after midday on Wednesday, the point at which it said the restrictions had been due to be lifted in the two Greater Manchester boroughs.