But Jim Penman, the well-known face behind Jim’s Mowing, now says the sacked councillor is a “disgusting ratbag” who “conned” him. 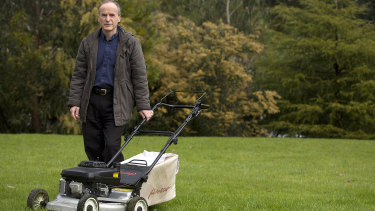 Jim Penman, founder of Jim’s Mowing, paid Sam Aziz thousands of dollars to help him plan what Aziz termed a “take over” of Yarra Ranges Council.Credit:BRW

He is accused of taking hundreds of thousands of dollars in bribes from developer and planner John Woodman, to help win approvals from Casey Council and the state government potentially worth hundreds of millions of dollars. 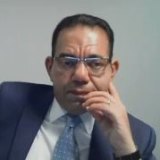 Sam Aziz during his fifth day of questioning by IBAC on Monday.Credit:IBAC

Mr Aziz also took hundreds of thousands of dollars from a Kuwaiti sheikh’s company, and is accused of having helped the sheikh buy a council-owned shopping centre for $20 million. The sheikh sold the centre for $60 million three years later.

The Andrews government sacked the entire Casey Council in March because of the accusations against Mr Woodman, Mr Aziz and others.

On Monday, the commission heard of a plan hatched by Mr Aziz to “take over” the neighbouring Yarra Ranges Council, which covers suburbs and towns including Lilydale, Healesville and Warburton.

In a meeting secretly taped at their table inside a city cafe, Mr Aziz and former Liberal Party MP Lorraine Wreford discuss the plan, in a recording played on Monday.

“Yarra Ranges, we want to take it over the same way we have taken over Casey,” Mr Aziz told Ms Wreford, who was working as Mr Woodman’s lobbyist.

On Monday, Mr Penman confirmed to The Age he had discussed with Mr Aziz the plan to take over Yarra Ranges Council. “He (Aziz) was going to help us to do it.”

Mr Penman, whose business has 1500 franchises around Australia, said he had been frustrated with Yarra Ranges Council over his application for a proposed sports complex at a conference centre in which he has an interest. “We’d had endless troubles with the council.”

Mr Penman is now a Liberal Party member, as was Mr Aziz at the time of their discussions. Mr Penman said that in a series of meetings Mr Aziz had explained how to ensure the success of a team of council candidates at the 2020 council election at a cost of about $100,000.

Mr Penman said he paid Mr Aziz $1000 a week as a consultant over about six months but stopped paying him when he first heard corruption allegations against him. 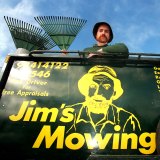 In the end, Mr Penman supported one unsuccessful candidate at this year’s Yarra Ranges council election.

Counsel assisting IBAC, Michael Tovey, QC, said the secret recording showed Mr Aziz “acknowledging you have taken over Casey Council to assist Mr Woodman, and are now in a position to offer him Yarra Ranges on a plate if he wants it".

"You were in the business of selling influence weren’t you, and you’d get your finger in any pie you could," Mr Tovey said later.

Mr Aziz rejected the idea he was trying to gain control of Yarra Ranges Council in order to assist Mr Penman or Mr Woodman.

“Mr Penman … wanted me to assist him to improve governance at Yarra Ranges,” Mr Aziz said. “We were trying to identify a good list of candidates and run an effective campaign.”

The covert recording of Ms Wreford with Mr Aziz revealed him offering to help Mr Woodman obtain confidential council documents the developer needed in his bid to sue Casey Council for defamation.

The defamation action followed revelations by The Sunday Age in late 2018 about alleged bullying by Mr Woodman of council staff and a subsequent ban on the developer talking to council officers.

“Here you are a councillor at the City of Casey and you are discussing betraying the people and the organisation that you represent,” Mr Tovey said. “Absolutely not,” Mr Aziz said in response.

IBAC commissioner Robert Redlich, QC, also said Mr Aziz appeared to be helping Mr Woodman at the expense of Casey ratepayers. “You were doing something here which would have been quite inappropriate. Namely to offer a citizen … access to a council document that is not in the public domain,” Mr Redlich said.

Mr Aziz rejected this depiction, saying instead that he wanted Casey to provide answers to any legitimate questions that people had of the council.

Mr Aziz was roundly criticised on Monday by Mr Redlich over his evidence, which has contradicted itself over the course of five days of questioning.

At one point, Mr Redlich described one of Mr Aziz’z answers as an “incredulous explanation” and that “you are making a mockery, I suggest Mr Aziz, of the truth”.

The hearing continues on Tuesday.

The Casey story so far