Home » World News » Just 5,000 jobs expected to go in the City because of Brexit

Just 5,000 jobs are expected to go in the City because of Brexit as earlier forecasts of 200,000 cuts are slashed by hopes of a transition deal

The City of London has slashed its forecast for how many jobs may be lost over Brexit to just 5,000 despite earlier predicting 40 times as many.

Lord Mayor of the City of London Charles Bowman revealed the figure as fears cool of a major hit to the financial services sector.

Forecasts had varied widely but some estimates suggested 200,000 jobs could have been moved to the continent by major banks. 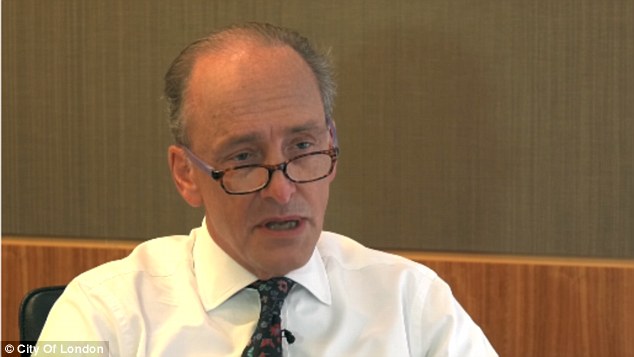 The City of London has slashed its forecast for how many jobs may be lost over Brexit to just 5,000 despite earlier predicting 40 times as many

Britain’s economy is fuelled by financial services based out of London and there is continued uncertainty over what rules and regulations will be in place after Brexit.

Mr Bowman told Politico the much lower estimate of job losses was because confidence was now high there would be a transition deal.

Earlier estimates had been working on the assumption of no deal at all – something Foreign Secretary Jeremy Hunt has warned is becoming more likely.

But Mr Bowman said two years on from the referendum he was now confident.

He said: ‘Probably the City, as the financier of European business, is the central point to make here.

‘If it became harder for European businesses to access finance, that is far from trivial.

‘The City itself would find a way to thrive, whatever the outcome of the Brexit negotiations.’

‘If it became a low-tax, low-regulation, offshoot fully outside the EU, it would find a way to thrive in those circumstances. But for European businesses the impact would be profound.’ 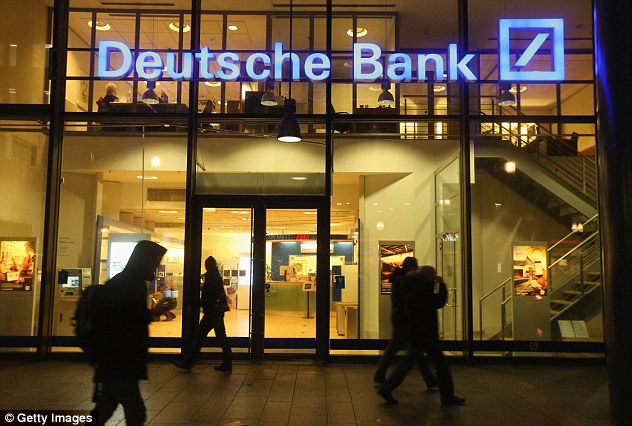 The intervention comes days after it emerged Deutsche Bank has moved half of its euro clearing business to Frankfurt.

The move, which is largely symbolic as clearing is an electronic process, comes amid growing concern about a no deal Brexit.

In January almost all of Deutsche Bank’s clearing was done in London. Clearing is the process by which banks act as a middleman for a buyer and seller of financial contracts.

Deutsche Bank’s global co-head of institutional and treasury coverage told the FT the move had not led to a wholesale relocation of jobs.

Hubertas Vath, chief execuitve of the marketing group Frankfurt Main Finance, said shifting euro clearing from London to Frankfurt had been ‘top of our priority list from the very first day after the Brexit referendum’.

While only a handful of jobs are linked to the process, the knock on effects of centralisation in London has seen most trading floors move from Germany to Britain over the past 30 years.

Mr Vath said: ‘This was the best chance to bring them back.’