Keir Starmer wriggled today over whether he back strikes that are crippling Britain as unions ramped up threats of ‘coordinated’ action.

The Labour leader said he can ‘quite understand’ why there is industrial unrest and wage rises should take account of the cost of living pressures.

But he dodged on whether he supported specific strikes, such as rail workers bringing the transport system to a standstill.

Instead he argued that his focus is on ‘ushering in a Labour government’.

Meanwhile, his deputy Angela Rayner promised to defend the right to strike ‘as long as I have a breath in my body’ and repeal ‘anti-worker and anti-trade union laws’ if Labour wins power.

The ducking came as union chiefs condemned the government’s vow to change the law to limit the damage they are causing – and suggested they will work together to boost the impact. 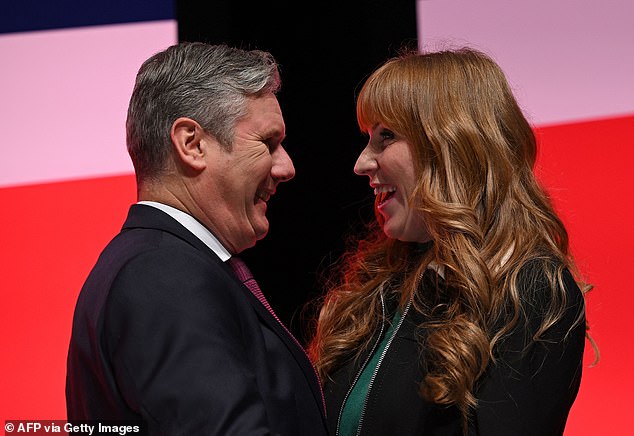 Asked if he would support people going on strike if they do not get wage rises in line with inflation, Sir Keir told the BBC’s Sunday With Laura Kuenssberg: ‘When people go on strike, it is a last resort at the end of negotiations.

‘I can quite understand how people are driven to that, they’re really struggling to pay their bills, the negotiations have not succeeded, and they’ve taken as a last resort the decision to go on strike.

‘And I support the right of individuals to go on strike, I support the trade unions doing the job that they are doing in representing their members.

‘I want to see the strikes resolved, as do everybody who is on strike.’

During the programme, Sir Keir was presented with footage of dockers striking nearby in Liverpool, who said he should show ‘solidarity’ with workers.

Pressed on why he was not standing with them, he said his role at the helm of the Labour Party is ‘not the same job as the leader of a trade union’.

He said Labour’s ‘strong’ links with the trade unions will remain ‘long into the future’.

Christina McAnea, general secretary of the Unison union, defended Labour’s stance on strike action, saying the party is there ‘to work with us’.

‘Labour is there to, I think, hopefully work with us, and I think if there’s a Labour government in place, I would hope that we wouldn’t be just about to ballot 400,000 NHS workers by the end of this year,’ she told Sky News’ Ridge on Sunday.

‘I would hope that they would talk to us.’

Ms McAnea said ‘we are certainly getting close to a coordinated strike’ – although she stressed there is a legal distinction between that and a ‘general strike’.

RMT General Secretary Mick Lynch said: ‘We talk to each other, it would be silly for unions not to coordinate their forces so we are taking action alongside the postal workers next week, alongside the ASLEF union and if other people want to join in a wave of response and resistance to what’s going on, where the rich are being made richer all of the time and we’ve seen that in the budget on Friday, where everybody who is under £155,000 in salary will be poorer and everybody above that salary will be richer – well, we’ve got to be able to rebalance that society and our economy.

Mr Lynch described his first meeting with new Transport Secretary Anne-Marie Trevelyan as a ‘good meeting with a positive attitude’.

However, Mr Lynch was critical of the Government, describing the tightening of strike laws as ‘an attack on civil liberties and human rights’.

It comes after Chancellor Kwasi Kwarteng put himself on a collision course with trade unions by announcing plans to legislate to require them to put pay offers from employers to a vote of members. 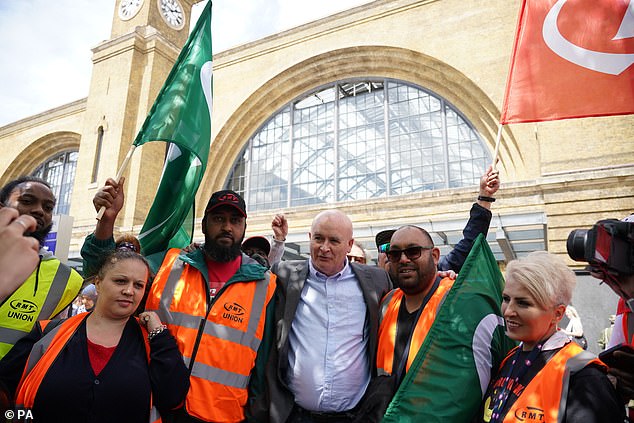 He pointed out other European countries had minimum service levels to stop ‘militant trade unions’ closing down transport systems.

Mr Lynch said the reforms would make it impossible for trade unions to exist in the UK.

‘If there is no trade union freedom, and it’s impossible to conduct rules and industrial action, people will have to go in other ways, they will have to think of other means of doing it.’