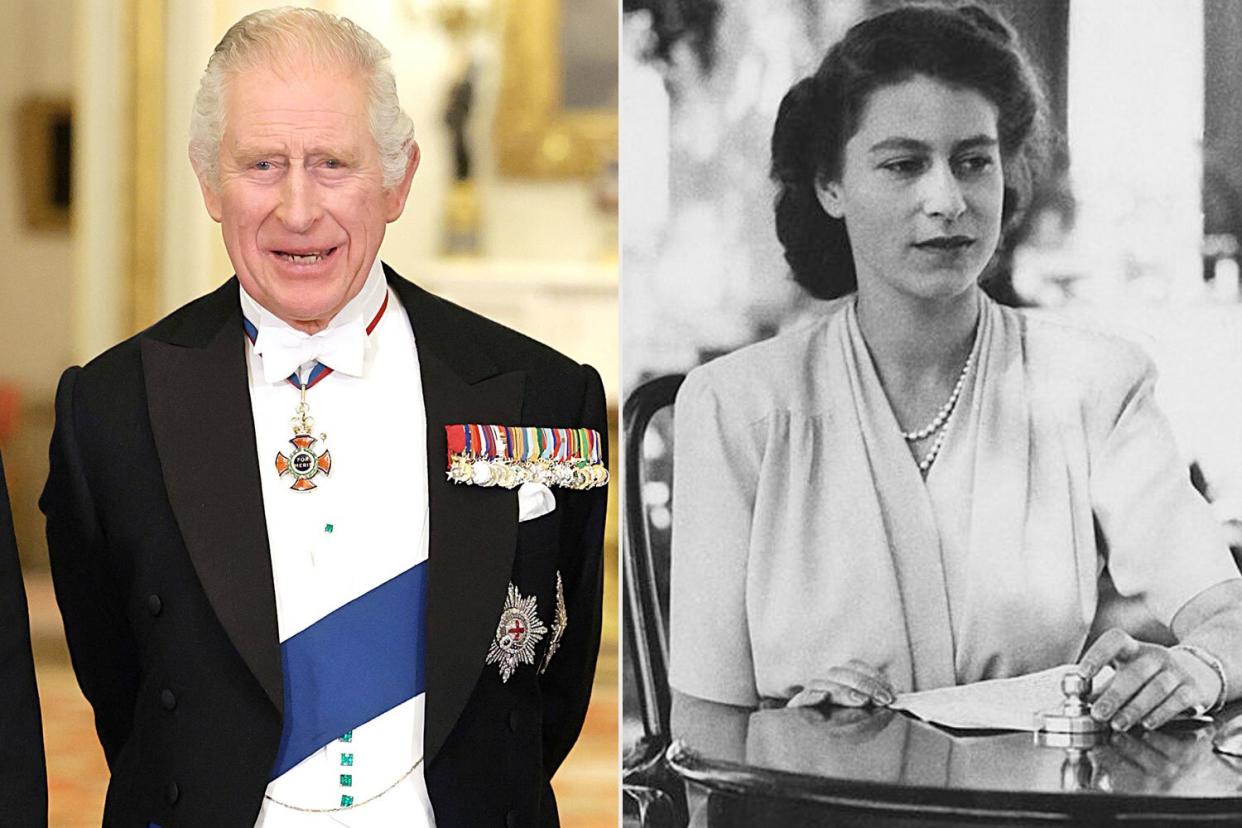 King Charles III is reflecting on his mother’s remarkable reign.

The King, 74, spoke about the prophetic speech Queen Elizabeth made in South Africa 75 years ago during the state banquet at Buckingham Palace on Tuesday. The diplomatic dinner was held in honor of Cyril Ramaphosa, president of South Africa, who is spending three days in the U.K. on the first state visit of Charles’ reign.

The King began by greeting guests in a few different African languages, including a warm “Ndaa,” or “hello,” in Venda, which the president speaks, segueing into the shared history between the nations.

“South Africa, like the Commonwealth, has always been a part of my life. My mother often recalled her visit in 1947, the year before I was born, when, from Cape Town on her 21st birthday, she pledged her life to the service of the people of the Commonwealth,” Charles said, referencing the much-cited radio broadcast the late Queen made in 1947 when she was known as Princess Elizabeth. 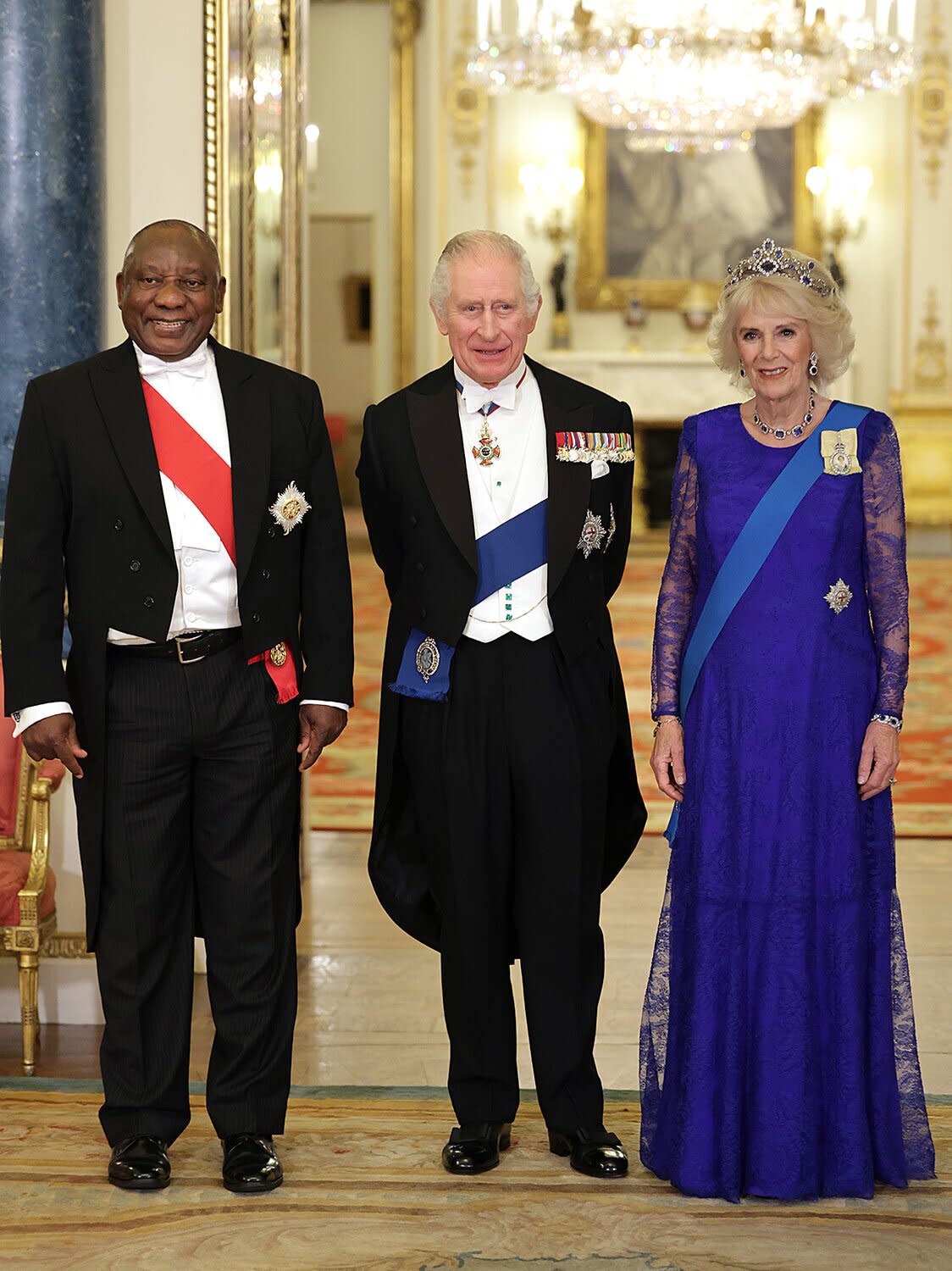 “It is therefore particularly moving and special that you are our guest on this, the first State Visit we have hosted,” he continued, touching on the previous state visits of South African presidents, most notably Nelson Mandela.

“During one of my own visits to South Africa, in 1997, President Mandela told me that he had conferred on my mother a special name – Motlalepula, meaning ‘to come with rain.’ I have been reassured that this was a mark of the particular affection President Mandela felt for the Queen… rather than a remark on the British habit of taking our weather with us!” Charles continued, cracking a joke about the dreary weather. 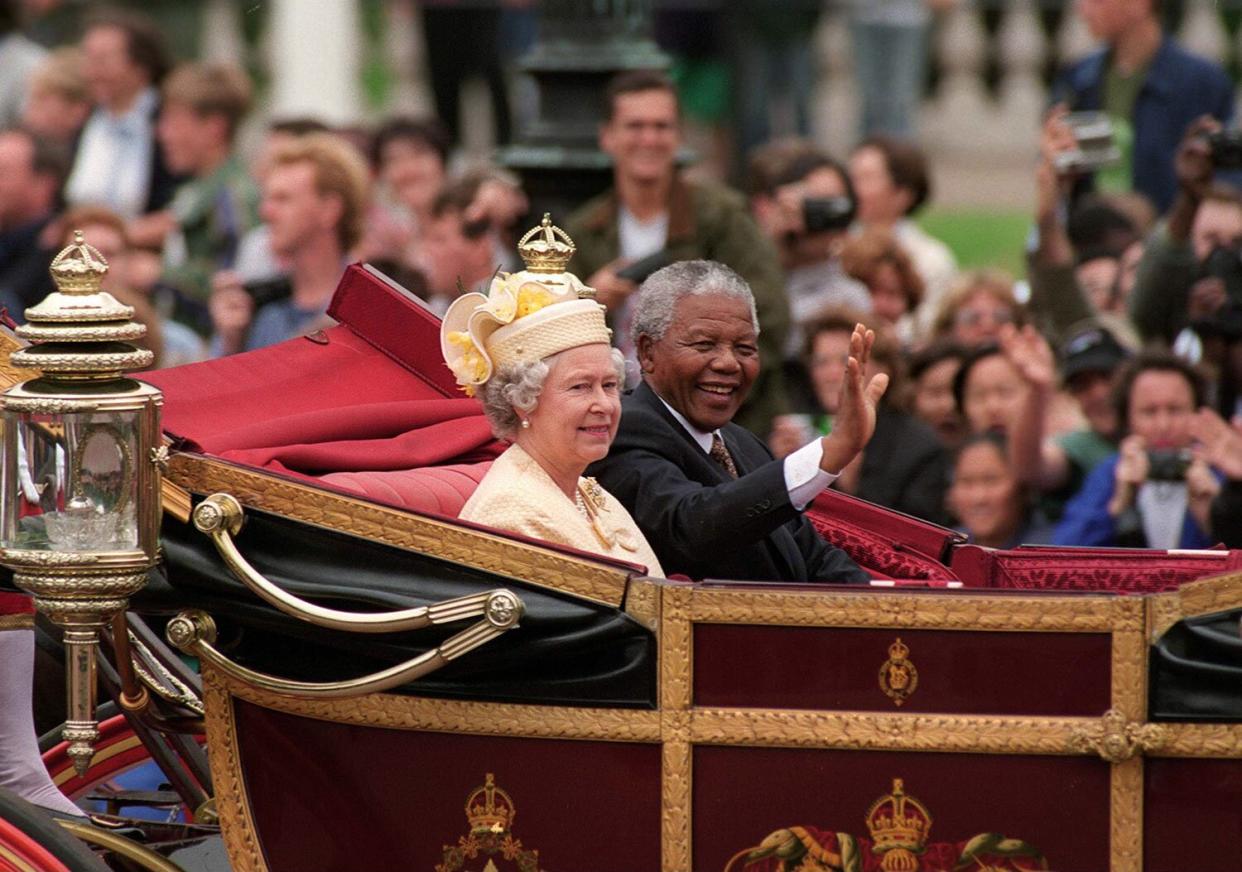 “I know that President Mandela was a friend and mentor to you, Mr. President, and that your own brave and skillful negotiations helped to lay the foundations of modern South Africa,” he went on. “The determination of people in South Africa to continue the legacy of the great men and women who have built your democracy is truly inspiring,” Charles said, touching on the academic and scientific partnerships between the nations that are paving the way for a brighter tomorrow.

“Of course, that relationship goes back centuries. While there are elements of that history which provoke profound sorrow, it is essential that we seek to understand them,” apparently alluding to the problematic colonial past. “As I said to Commonwealth leaders earlier this year, we must acknowledge the wrongs which have shaped our past if we are to unlock the power of our common future.”

“Today, the links between our countries run deep, with extensive family, professional and cultural ties,” Charles said, elaborating on connections the countries share in sports and the arts. He added that Ramaphosa’s visit offers an opportunity “to chart a path forward together, investing in each other’s potential, and facing the challenges of our world together, as partners, and as friends, striving for equality, justice and fairness for all.” 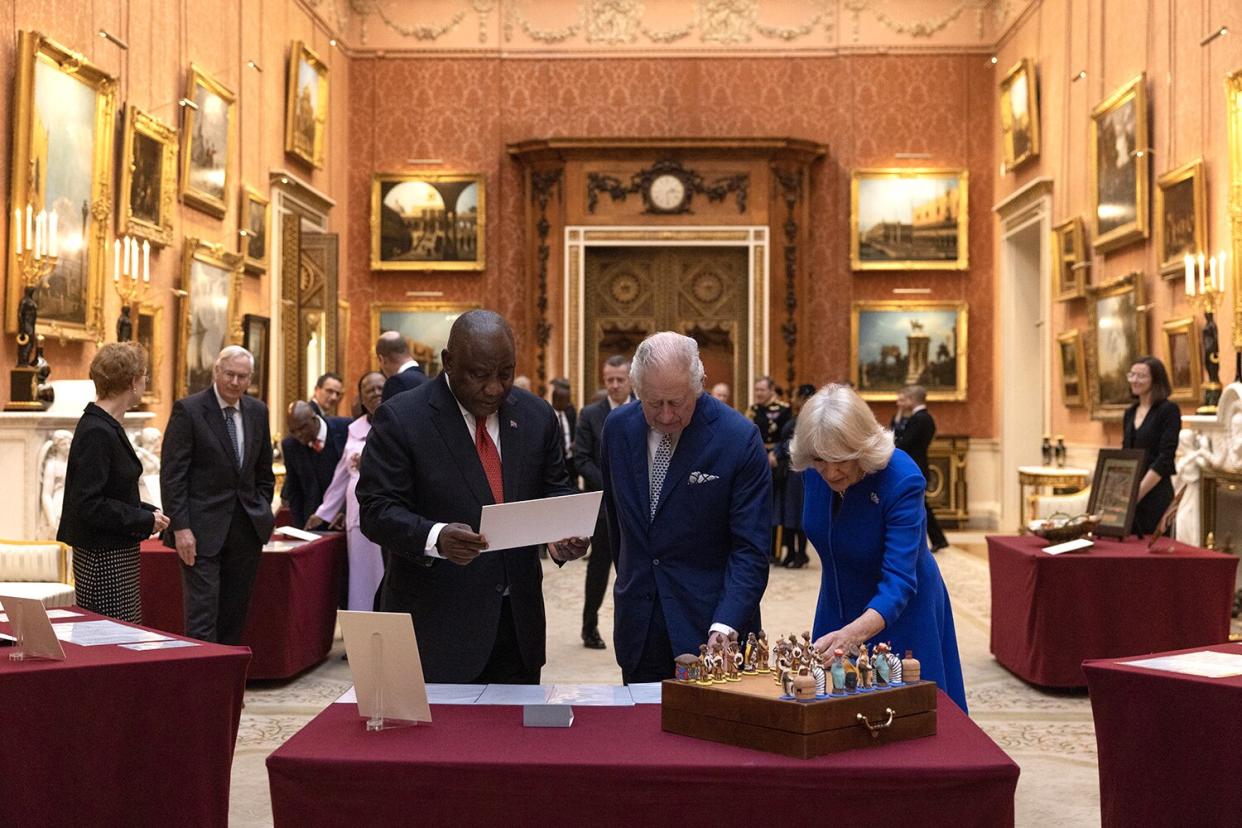 Earlier in the day, King Charles, Queen Camilla and President Ramaphosa toured the Picture Gallery of the palace together, viewing items from the Royal Collection relating to South Africa. Among the items displayed was the text of the iconic speech Queen Elizabeth made on her 21st birthday, along with a black and white photo. In the special radio address from Cape Town, the royal pledged her life to her duties.

“I declare before you all that my whole life, whether it be long or short, shall be devoted to your service and the service of our great imperial family to which we all belong,” the future monarch famously said. “But I shall not have strength to carry out this resolution alone unless you join in it with me, as I now invite you to do: I know that your support will be unfailingly given. God help me to make good my vow, and God bless all of you who are willing to share in it.”

Can’t get enough of PEOPLE‘s Royals coverage?Sign up for our free Royals newsletter to get the latest updates on Kate Middleton, Meghan Markle and more!

“As I speak to you today from Cape Town, I am 6,000 miles from the country where I was born. But I am certainly not 6,000 from home,” she continued. “Everywhere I have traveled in these lovely lands of South Africa and Rhodesia, my parents, my sister and I have been taken to the heart of their people and made to feel that we are just as much at home here as if we had lived among them all our lives.”