Horrified witnesses described hearing blood-curdling screams as shots rang out on a busy street at about 9.45pm. 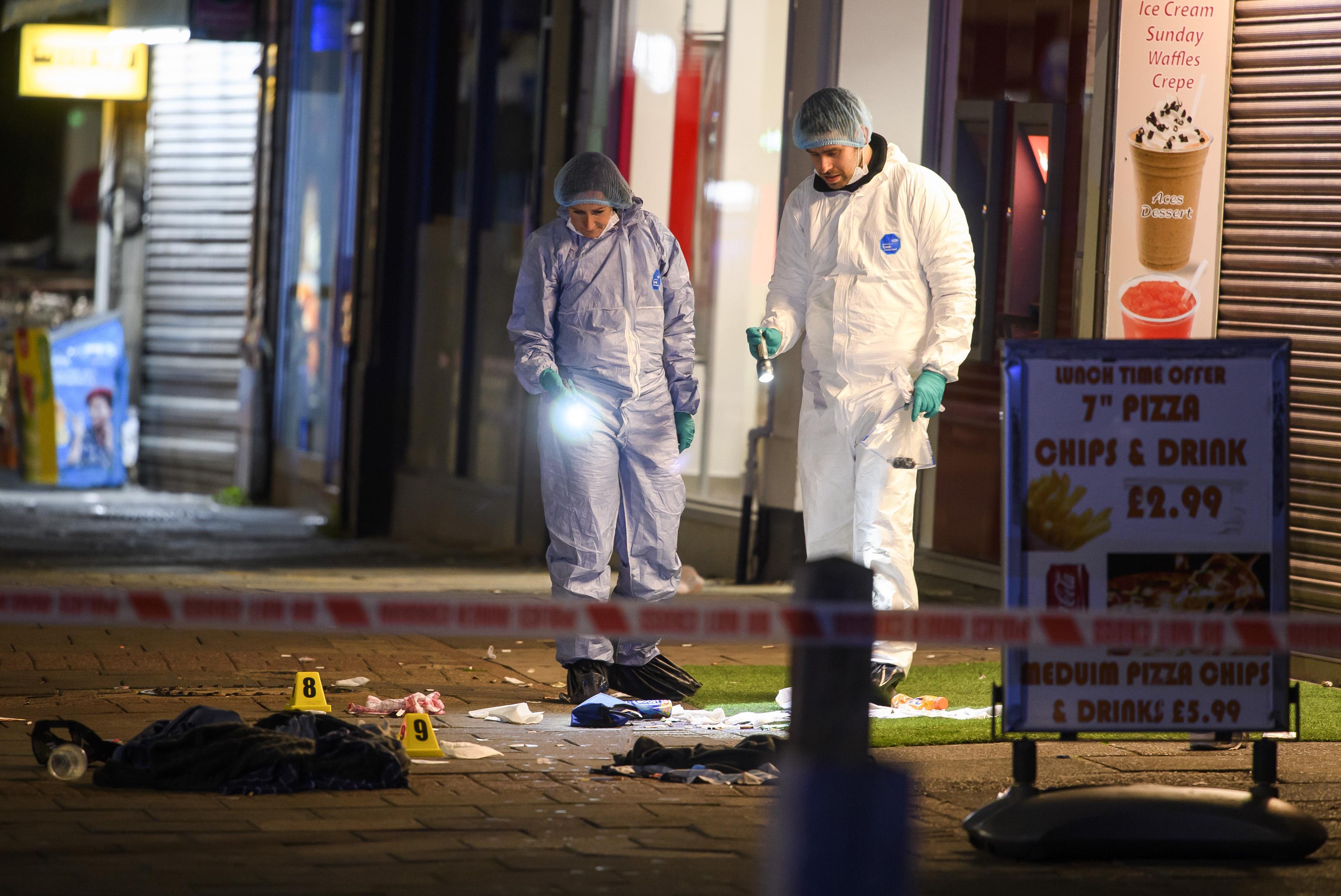 One victim was seen lying in a pool of his own blood after being gunned down in the triple shooting outside Kingsbury tube station.

A stunned witness, who asked not to be named, told the Sun Online: "There were a couple of really loud bangs – shots – and people started screaming and panicking.

"The guy who was shot started screaming and some guys sped off in a car. 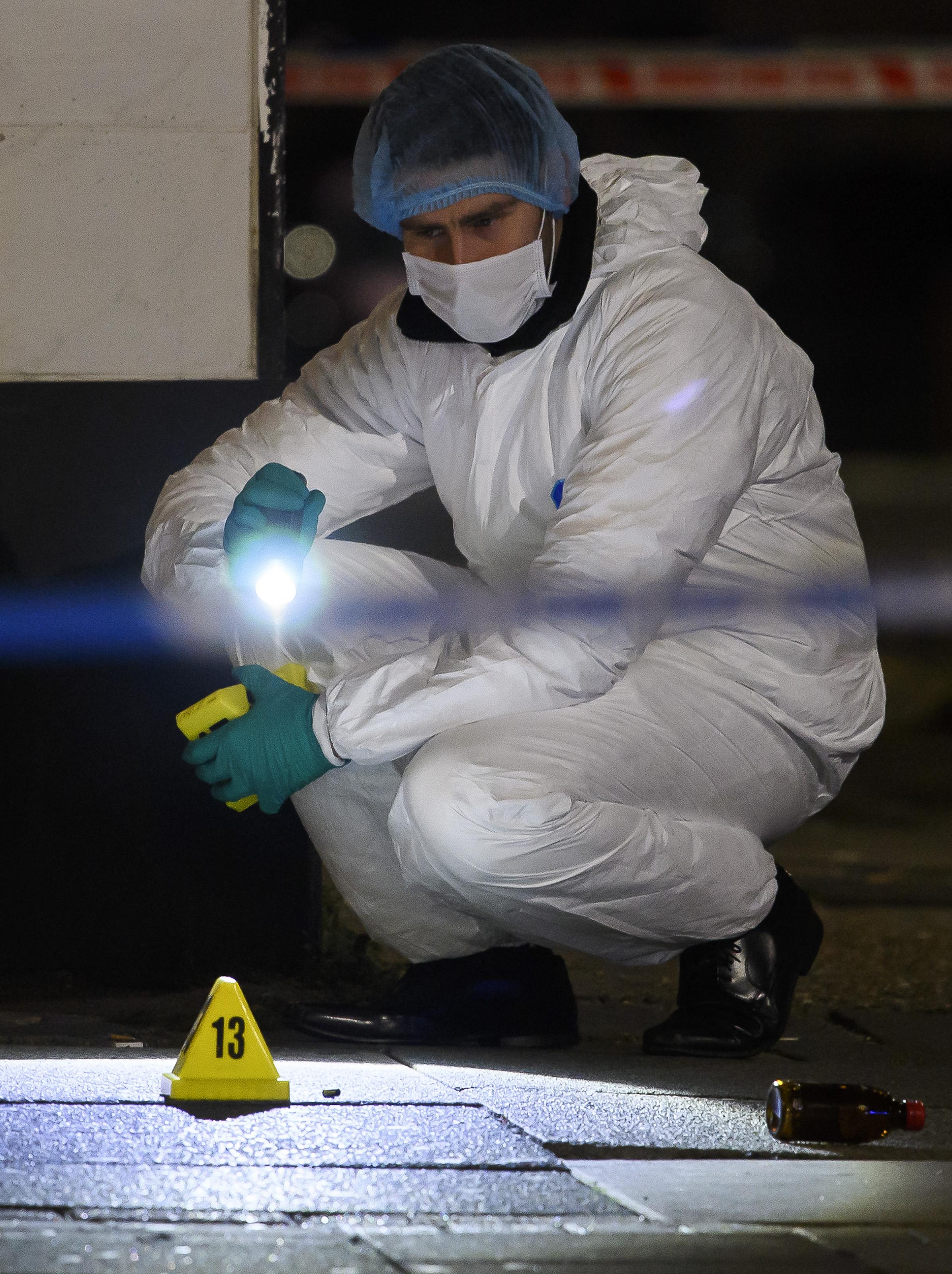 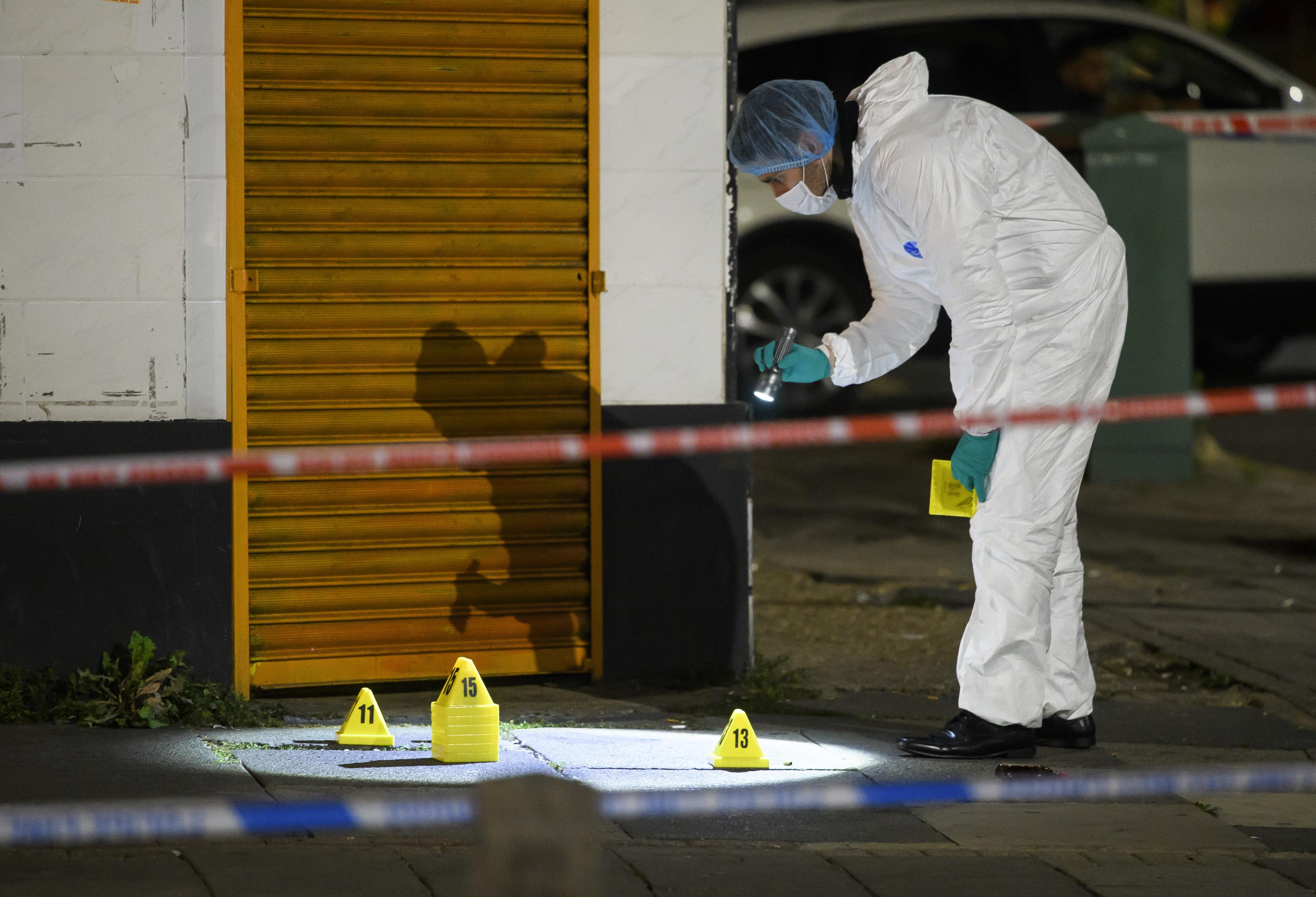 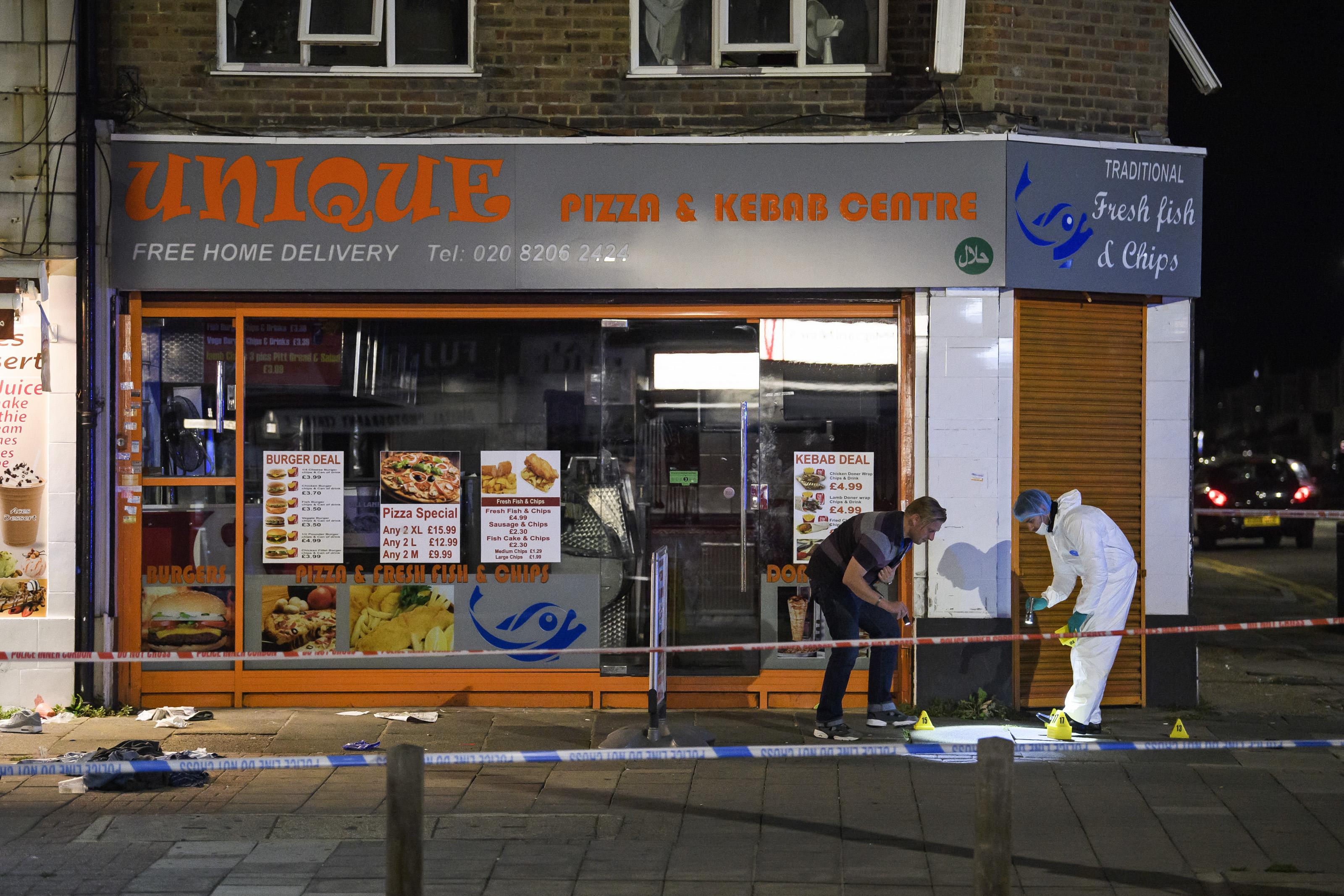 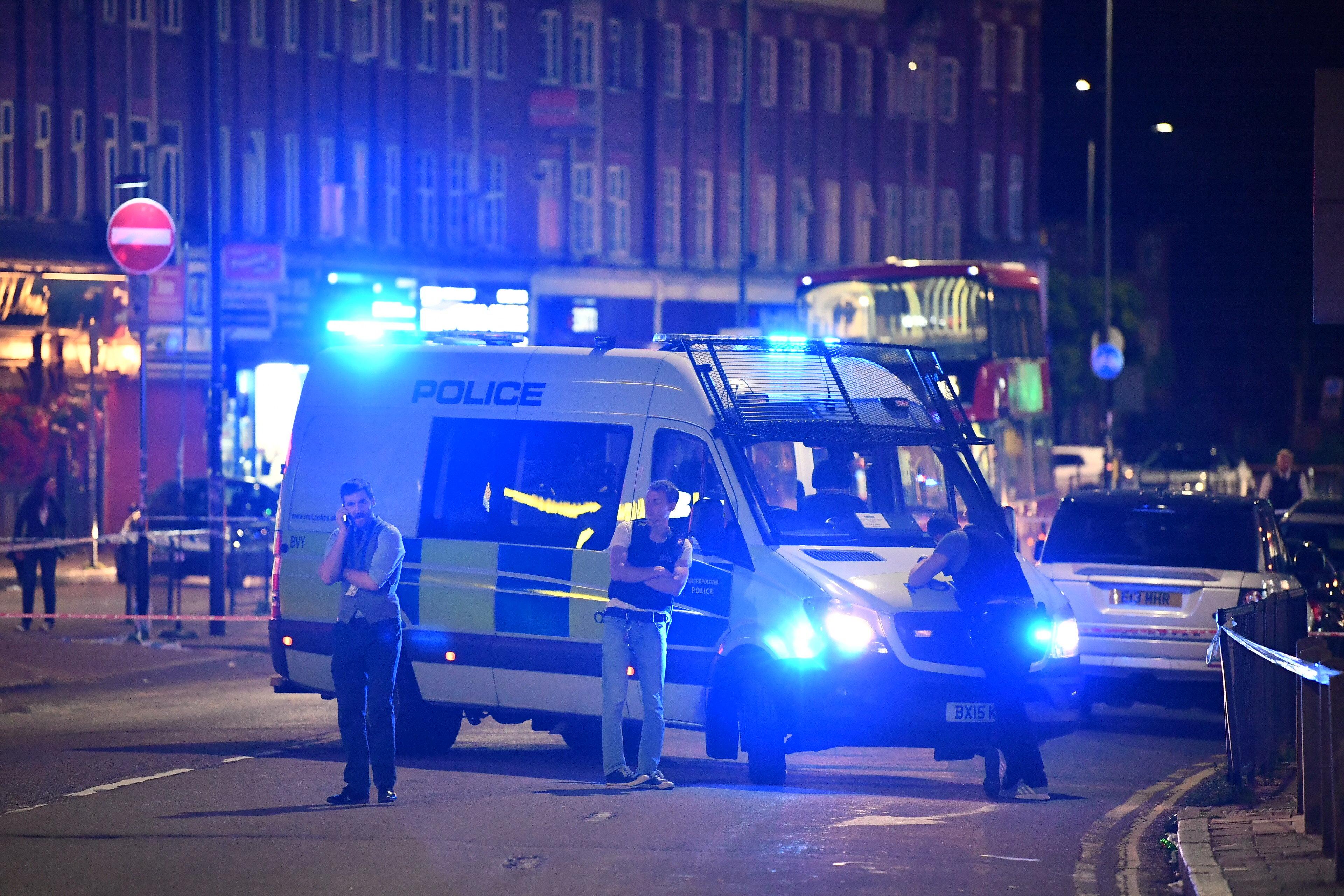 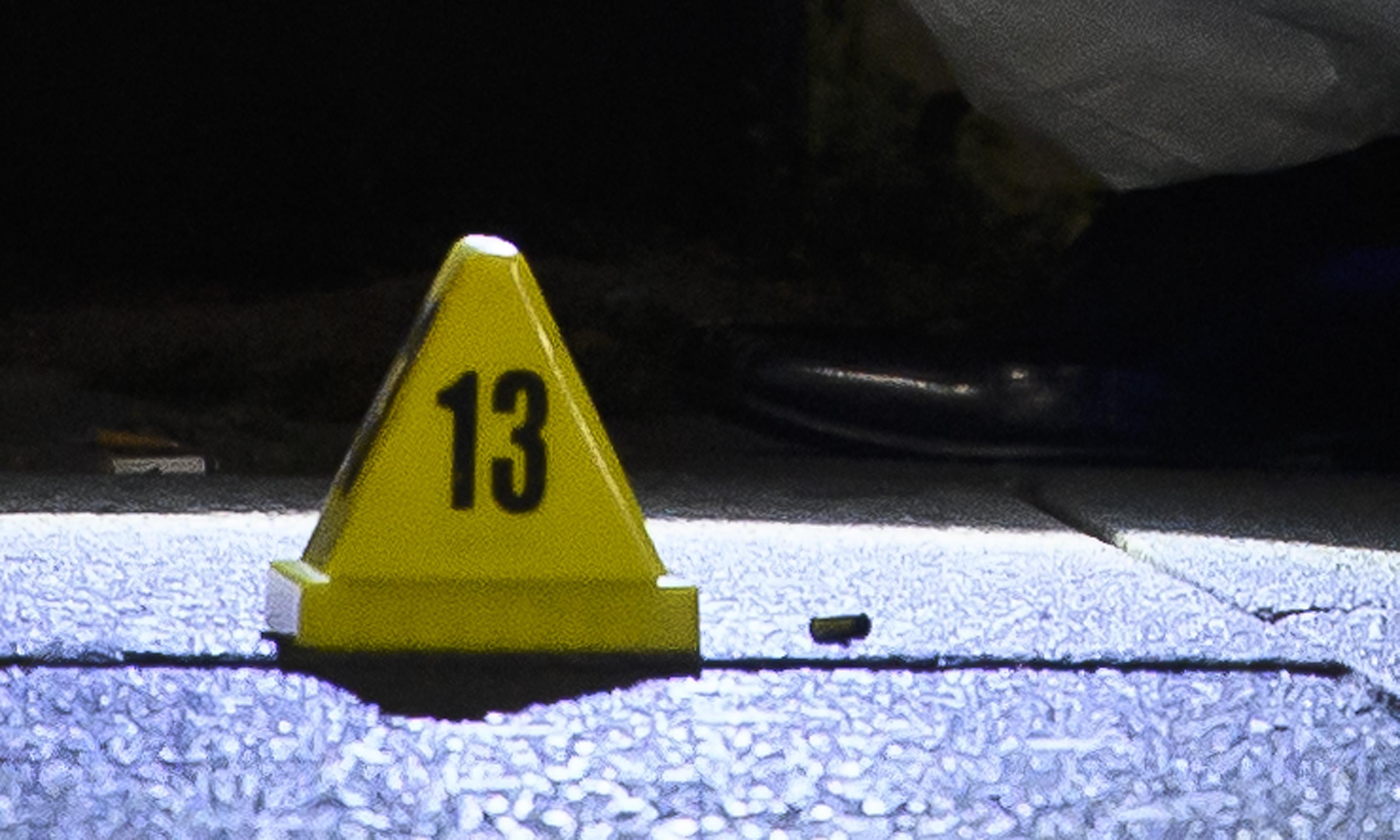 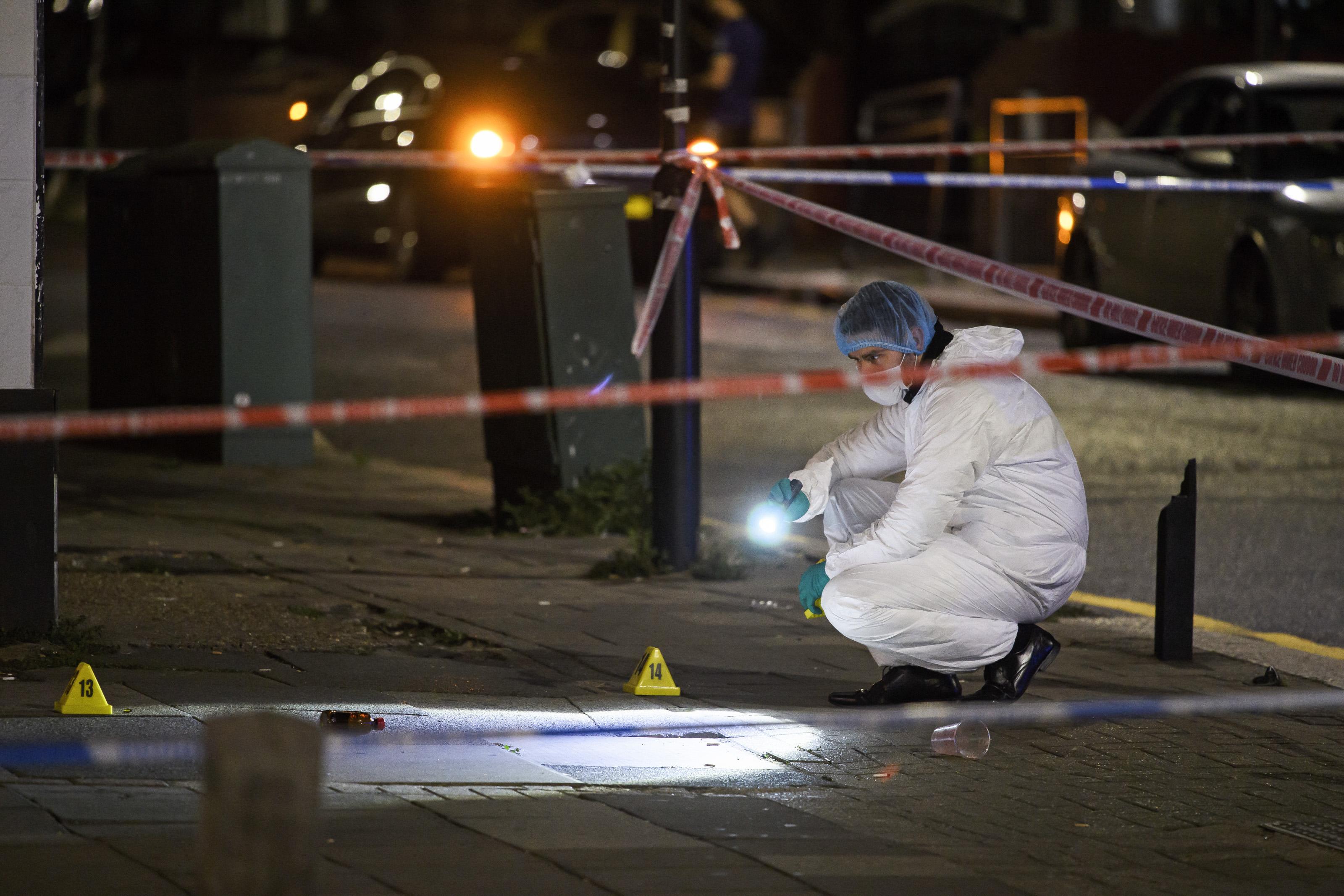 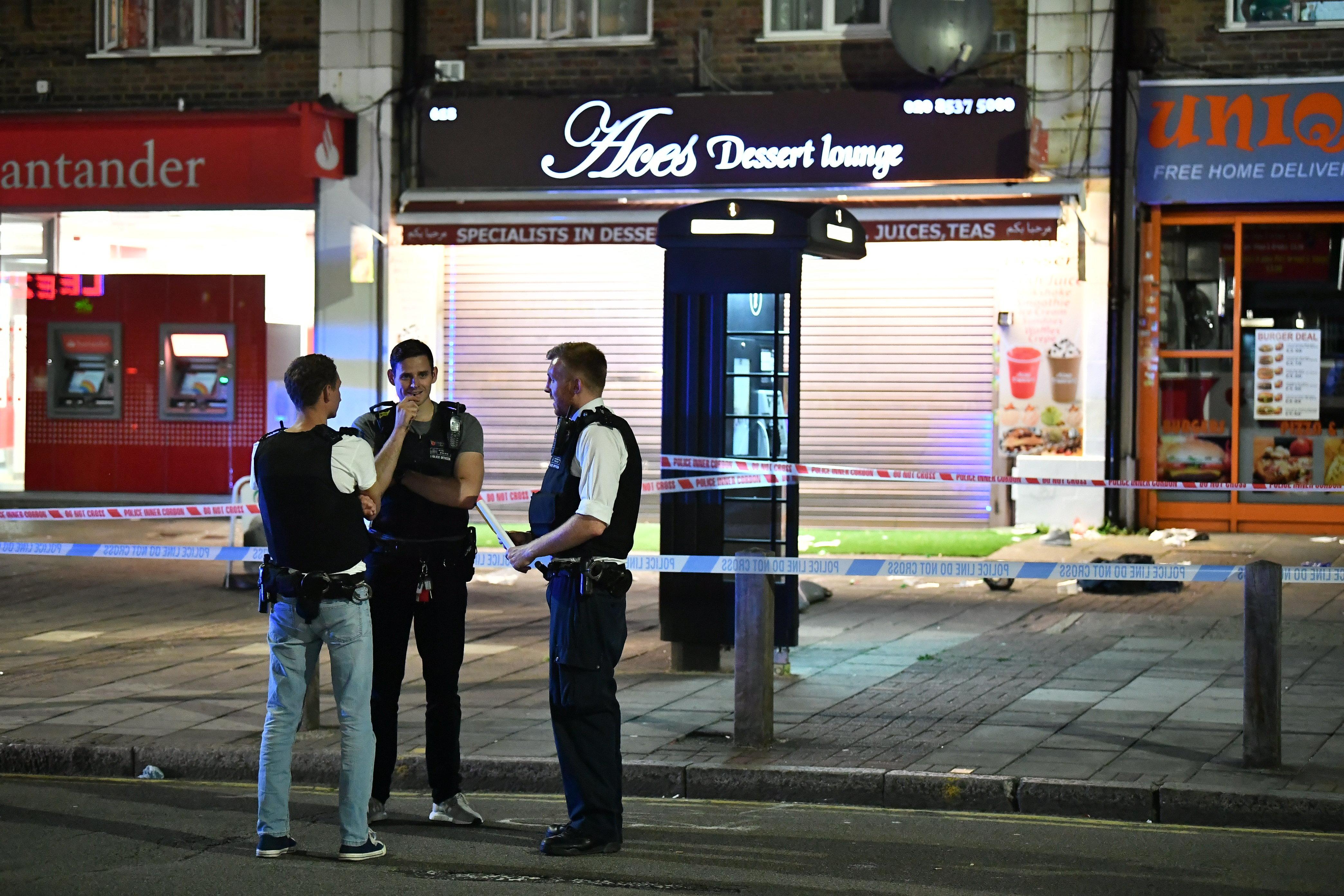 The crime scene outside a row of shops and restaurants was littered with clothes including a baseball cap and Nike trainers.

No arrests have been made and police are not treating the shooting as terror-related.

Both men remain in hospital with non life-threatening injuries while the woman has been discharged.

A spokesman for the Metropolitan Police said: "Police and London Ambulance Service were alerted at around 2145hrs on Monday, 20 August, to reports of shots fired in Kingsbury Road, NW9. 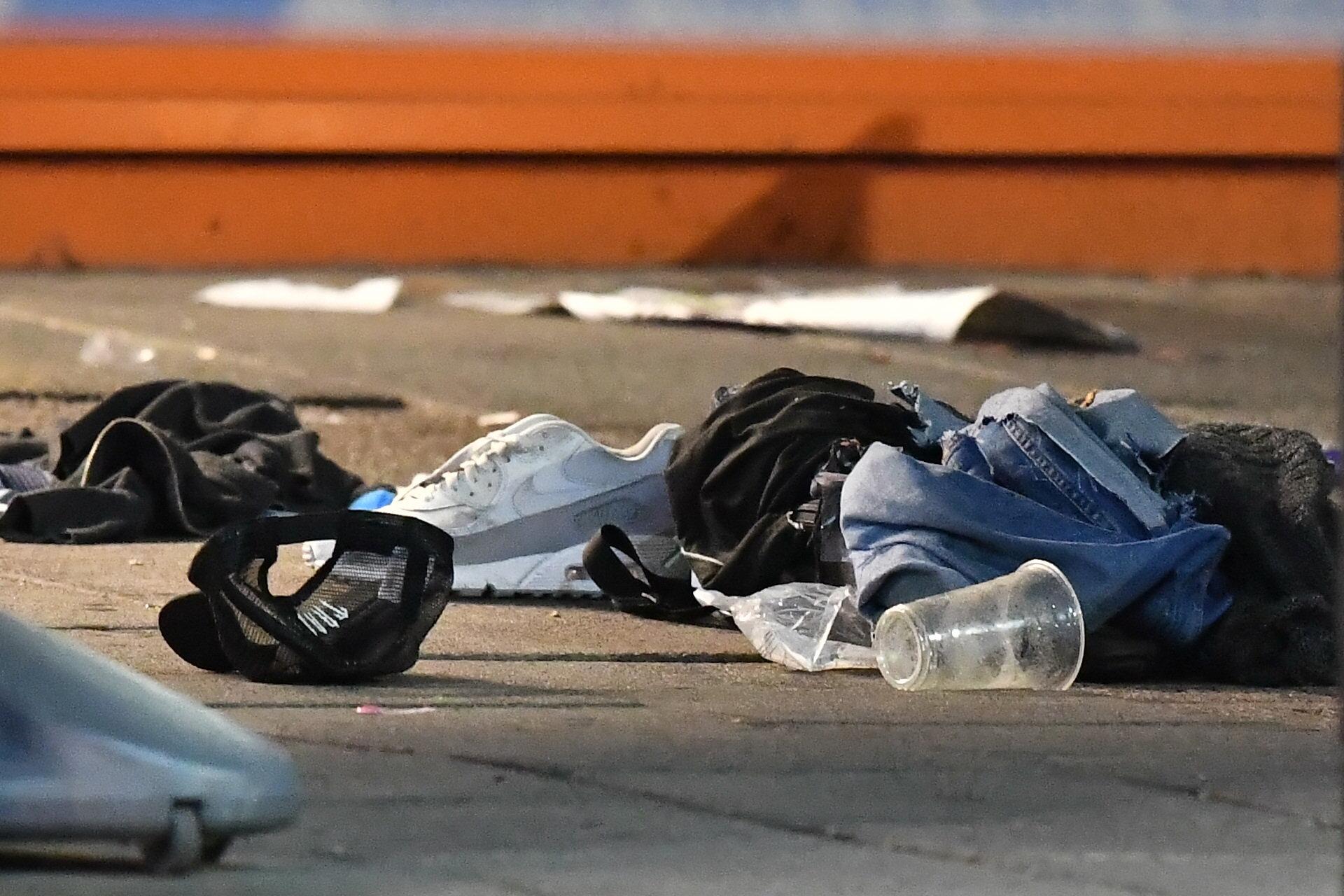 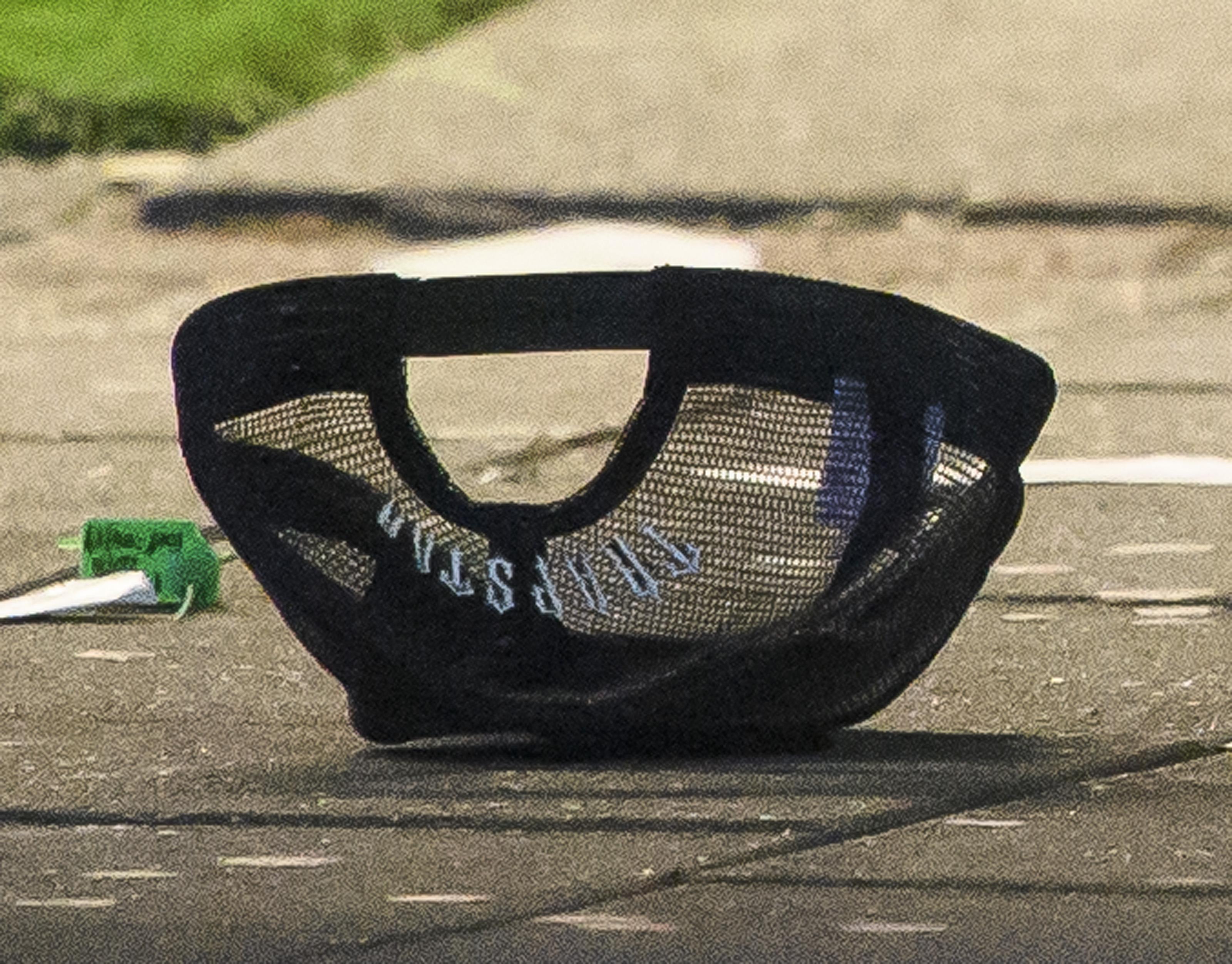 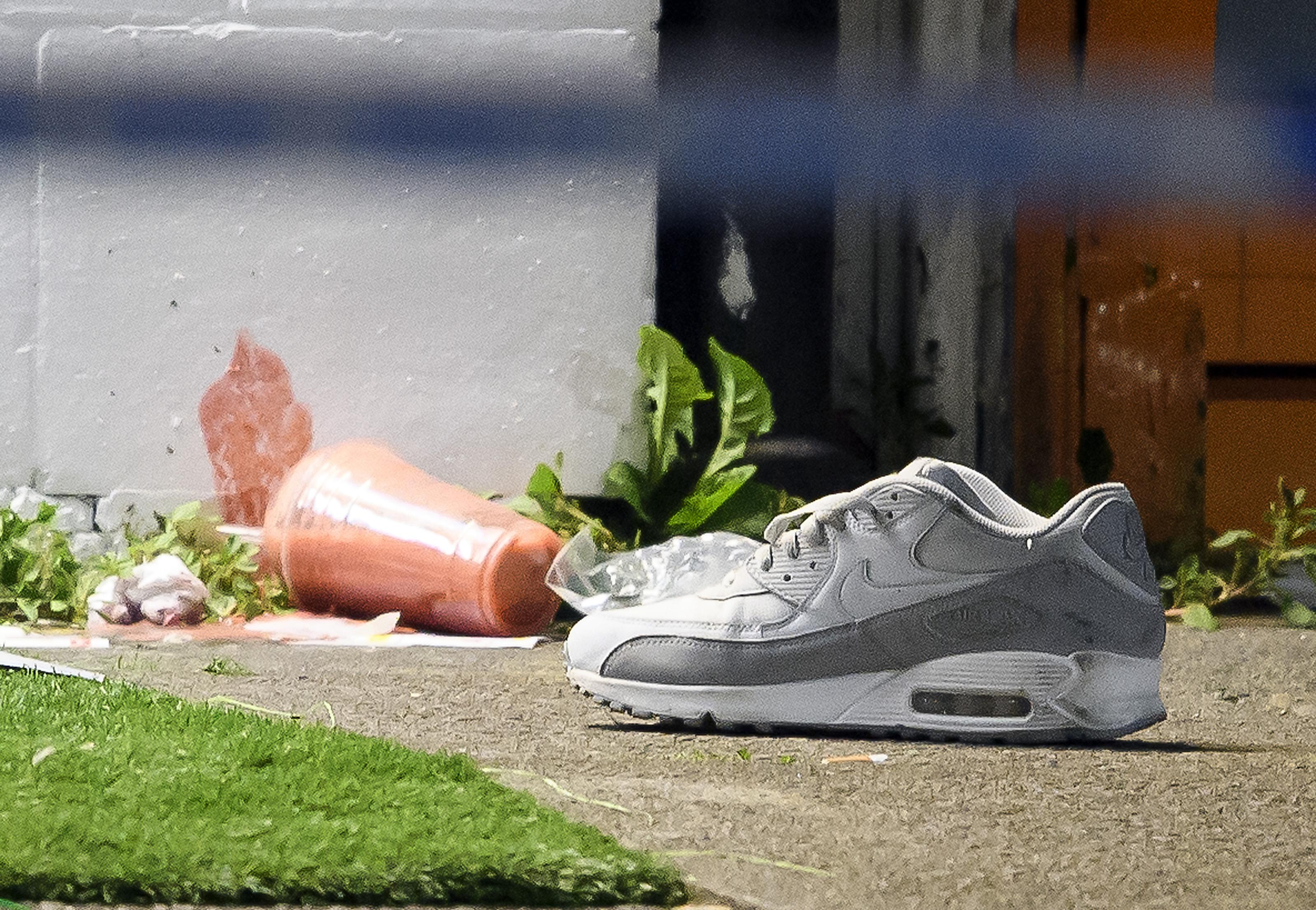 "Officers from Brent attended the location along with London Ambulance Service.

"They found three people suffering injuries. We await assessment of their condition.

"A crime scene is in place and local roads are closed.

"There has been no arrest at this early stage." 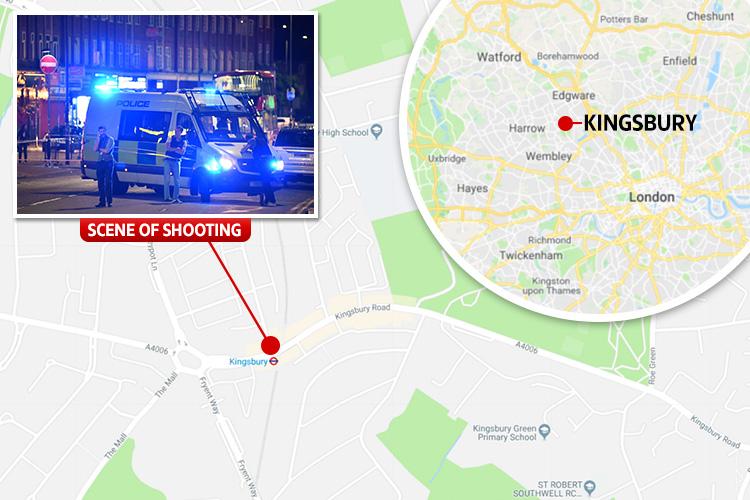 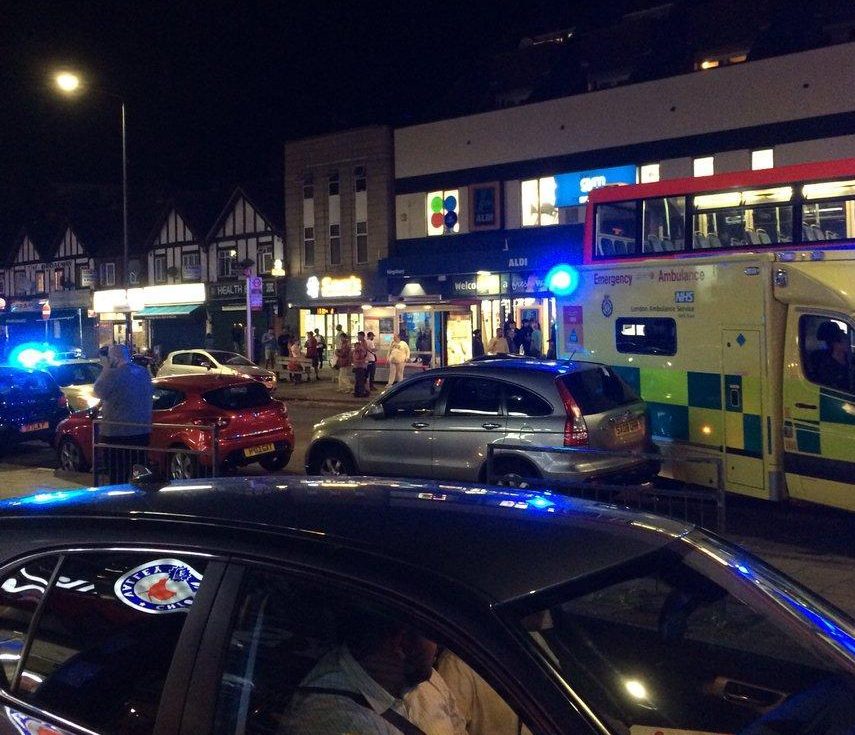 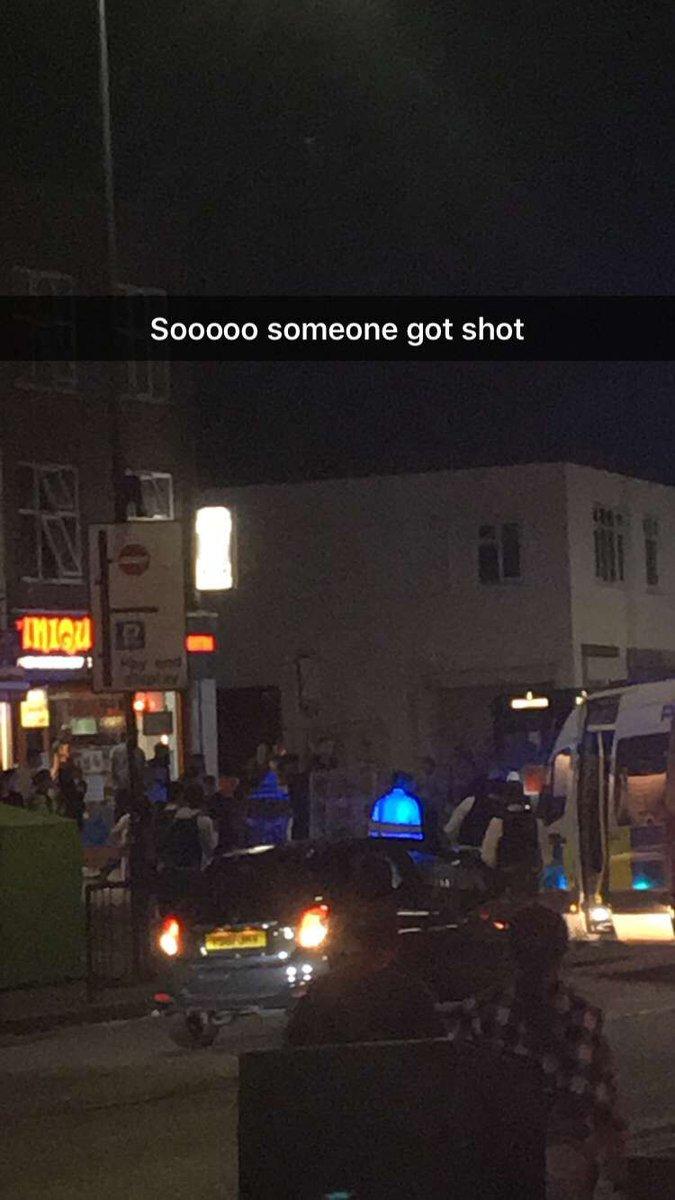 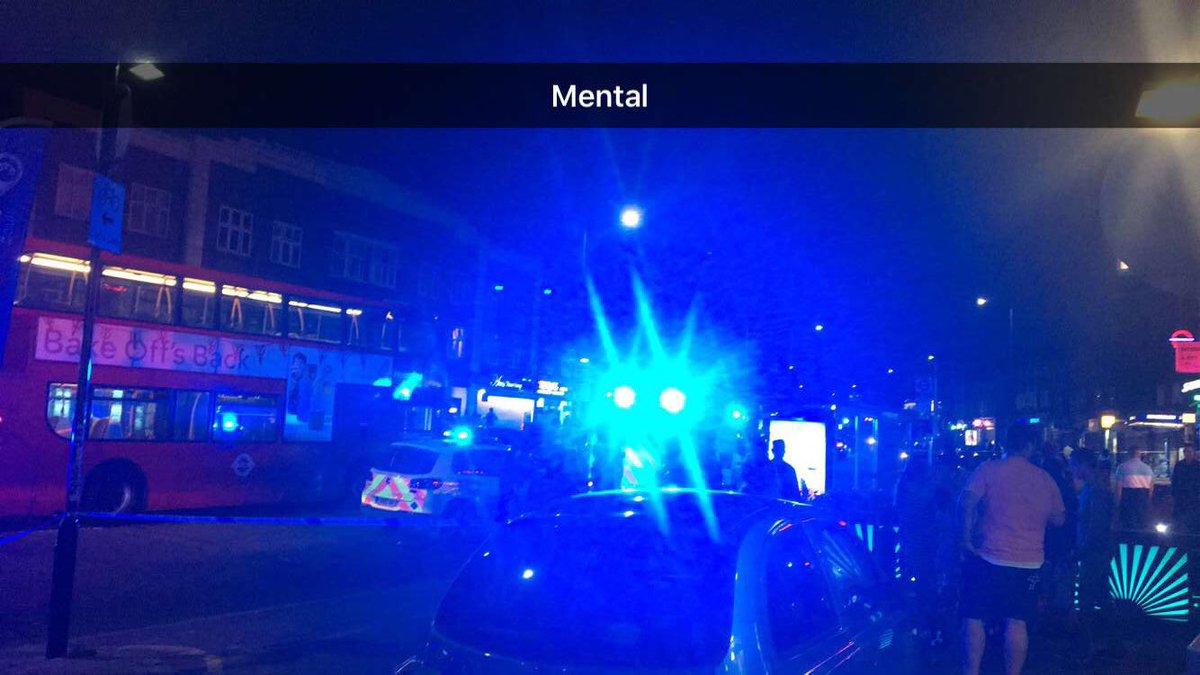 Witness Joe Boyce, who was drinking at a local pub, wrote online: "I’m in Kingsbury Hennessys, someone just got shot outside!!"

And worried Twitter user @anitaskrr wrote: "Anyone in kingsbury Please stay safe, there has just been a shooting".

Kingsbury tube station on the Jubilee line was shut down as officers responded to the shooting.

An update on Transport for London's website read: "Kingsbury: Closed – Station closed while the police carry out an investigation outside the station.

"London Underground tickets are being accepted on local bus services." 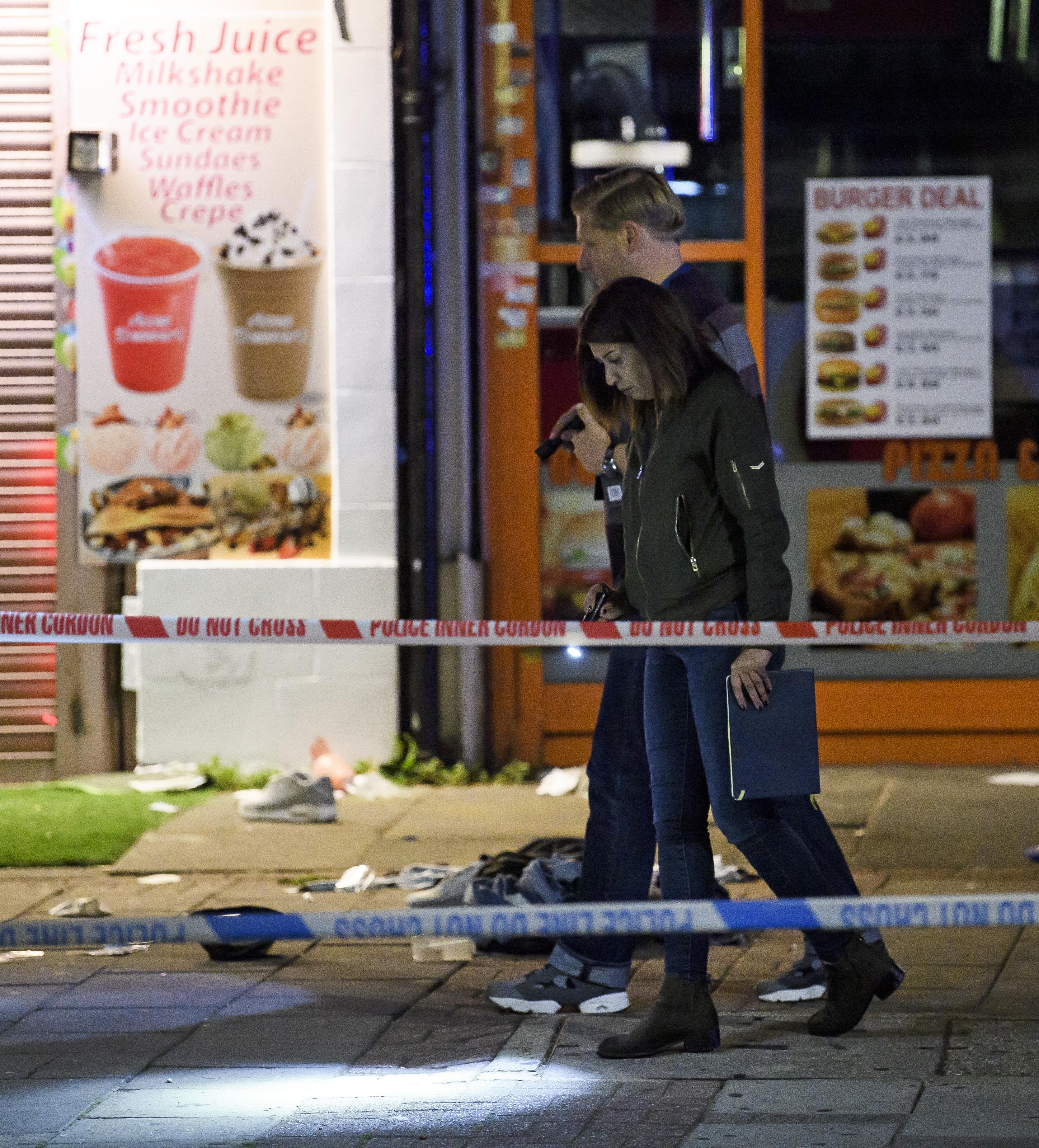 A spokesperson said: "We were called at 9.43 to reports of an incident on Kingsbury Road.

"We dispatched a number of resources including the London Air Ambulance by road.

"Three patients were found at the scene and they were taken to hospital."

Armed police had responded just hours earlier after shots were fired outside a school in upmarket Maida Vale, West London.

Gun cops were pictured surrounding the entrance to Kennet West Skills Centre at about 4.10pm.

Police said nobody was injured in the shooting.

The suspect is believed to have fled the scene and no arrests have been made. 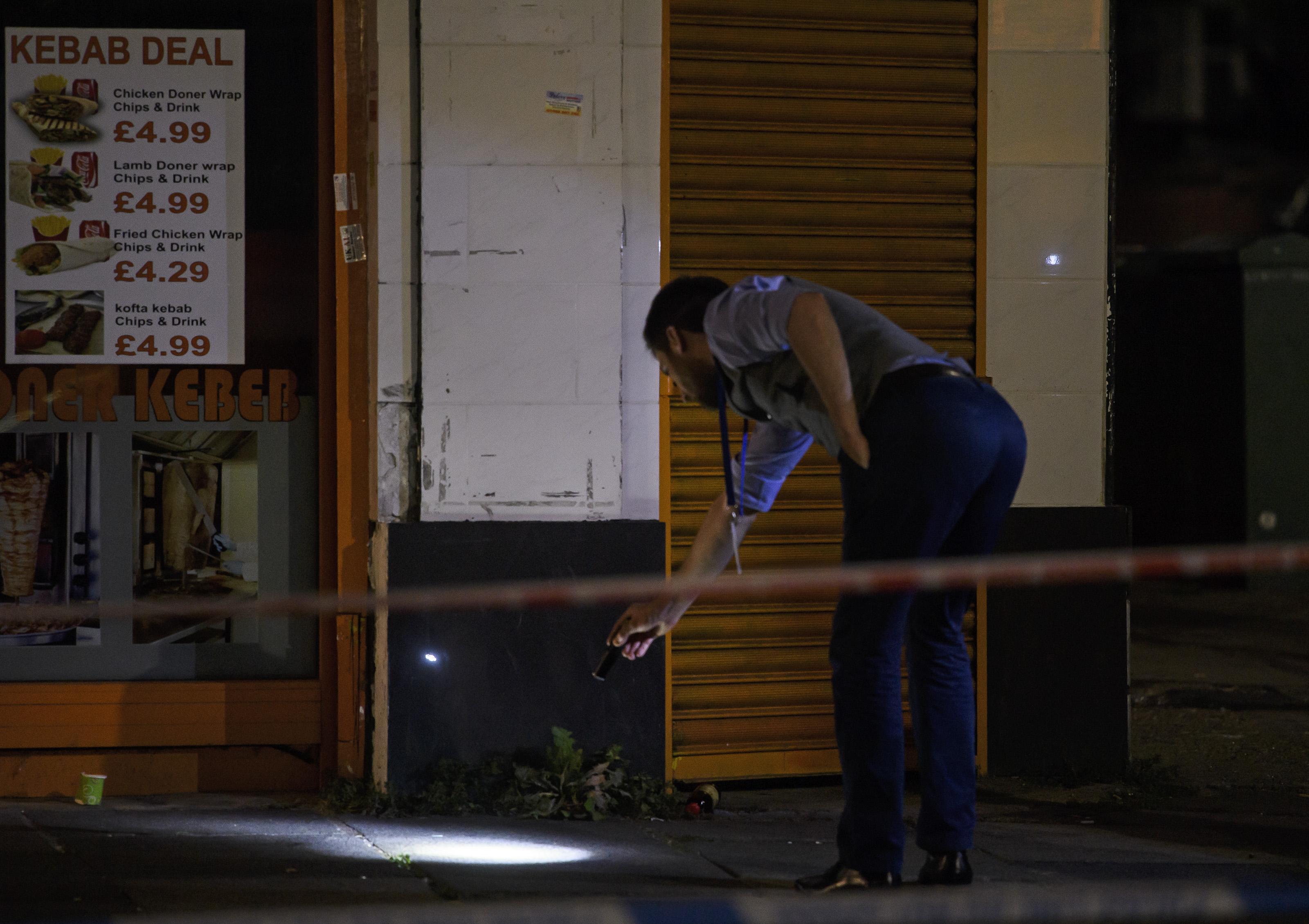 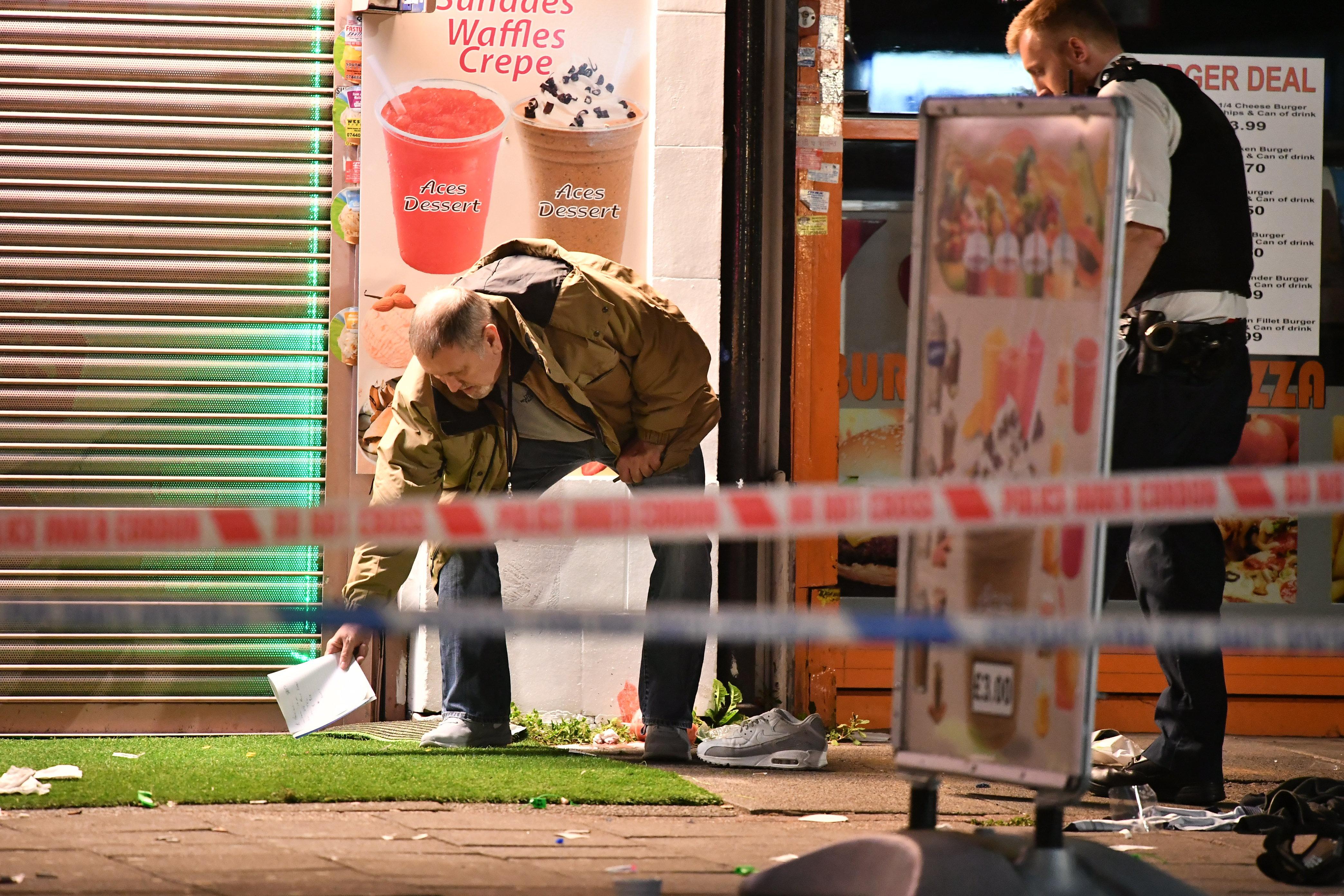 The latest spate of gun violence comes amid calls for a crackdown on antique firearms flooding Britain's streets.

Concerns over unrestricted sales of "obsolete" guns are growing as gangs fashion homemade ammunition to once again make them deadly weapons.

At least 91 homicide investigations have been carried out by police in the capital since the start of this year.