Lady Sophie Winkleman has taken a barely veiled swipe at Prince Harry and Meghan Markle in a Christmas day column as she looks forward to visiting members of the royal family today.

Lady Sophie, who is married to the Duke of Kent’s son, Lord Frederick Windsor, said she ‘cherishes’ her ‘growing closeness’ with some of the senior royals as she paid a touching tribute to the late Queen.

Writing in the Spectator, she also criticised the Sussexes over their recent Netflix docuseries, blasting it ‘fictional’.

It comes after the royal family was rocked by a series of damaging allegations made in the TV series which aired on the streaming platform earlier this month. 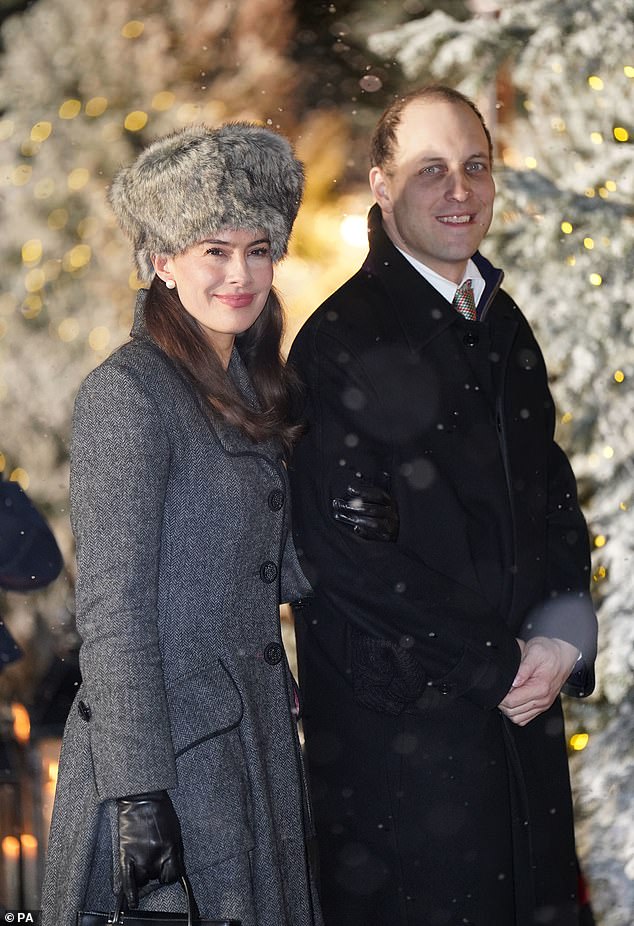 Lady Sophie (left) married the Duke of Kent’s son, Lord Frederick Windsor (right), in 2009, and will be seeing his family later today 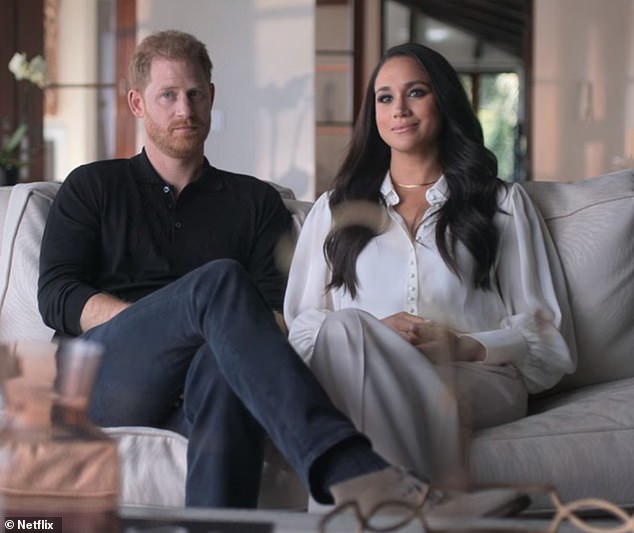 Lady Sophie revealed she and husband ‘Freddie’ will be seeing her parents on Christmas Day – before embarking on a whistle-stop tour of some of the senior royals.

She wrote: ‘We’ll see my parents on Christmas Day and some of my husband Freddie’s relations in various locations.

‘I cherish my growing closeness to the senior members of the royal family who are so hardworking, uncomplaining and brave in the face of relentless and brutal media attention, criticism, lies, undermining and fictional TV programmes – and always so good to me that I’m honoured to know them.’

The actress and Peep Show star married into the royal family in 2009 and has been supportive of the Firm ever since.

The swipe at Harry and Meghan comes after they blamed other senior members of the royal family for their departure to the US, including the Prince of Wales.

Harry & Meghan, directed by Liz Garbus, is the first project to emerge from the multi-year deal the couple signed with the streaming giant back in 202, shortly after they announced they were stepping down as working members of the royal family. 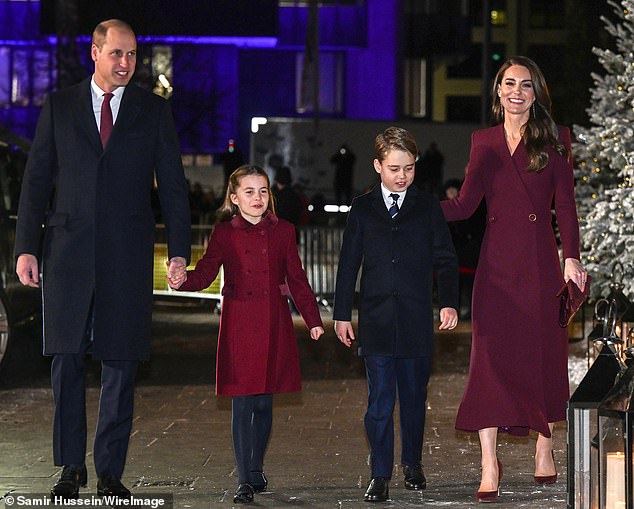 Prince Harry accused his brother, the Prince of Wales (left, pictured with children Princess Charlotte and Prince George, and wife Kate Middleton), of briefing against him and ‘screaming’ at him in his Netflix series 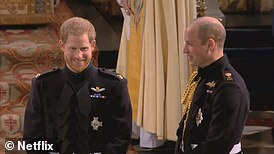 In the series the Duke and Duchess of Sussex claimed the royal courtiers ‘blocked’ Harry from seeing his grandmother, the Queen, after they decided to step back as senior royals.

Harry also said it was ‘heartbreaking’ to see his brother’s communications office ‘copy’ the behaviour of their father’s by ‘trading’ stories with the press.

Harry said his brother authorised aides to brief against him and claimed their father Charles lied to his face at the same meeting. The Queen supposedly failed to intervene because her ‘ultimate mission’ was to protect ‘the institution’.

There were suggestions the elderly monarch was being manipulated by family members and courtiers for their own ends, thwarting his attempts to meet her to discuss his and Meghan’s plans to quit as working royals.

He also alleged that his brother Prince William ‘scared’ him in a row over their decision to leave, saying he screamed and shouted at him. The couple also said the royal family refused to meet with Harry and Meghan together as relations between the couple and the institution broke down.

The series also accused Buckingham Palace aides of using Meghan as a ‘scapegoat’ to divert the media away from damaging stories about other royals.

The Firm has so far decided not to comment on any of the claims made in the six-part series.

Senior royals have shown a united front in the days since, coming together just hours after the release for Kate’s Together At Christmas concert at Westminster Abbey last week.

King Charles has continued his calendar of royal events, putting on a brave face as he visited a London Jewish community centre just hours after the second portion of the series aired.

As well as calling out Harry and Meghan, Lady Sophie paid a touching tribute to the late Queen as she discussed her troubled relationship with the church.

She described her parent’s tangled past with religion, saying she ‘has not had a straightforward path to God’, but adding Her Majesty’s ‘unwavering faith’ in God inspired her to continue seeking it out.

Lady Sophie was ‘intrigued’ by such a commitment, leaving her ‘compelled’ to continue exploring her faith: ‘The unwavering faith of the late Queen fascinated and moved me. How does one put aside rational thinking and science and believe in something so allegorical and, well, mad?’