Prince William has read an extract of a Christmas message delivered by his grandmother the late Queen in 2012.

The Princess of Wales hosted a Christmas Eve carol service at Westminster Abbey dedicated to Queen Elizabeth II which was broadcast to the general public this evening.

During the service, the Prince of Wales delivered a poignant reading, taken straight from a message his grandmother gave a decade ago.

He said: ‘At Christmas I’m always struck by how the spirit of togetherness lies also at the heart of the Christmas story.

‘A young mother and a dutiful father with their baby were joined by poor shepherds and visitors from afar. They came with their gifts to worship the Christ Child. 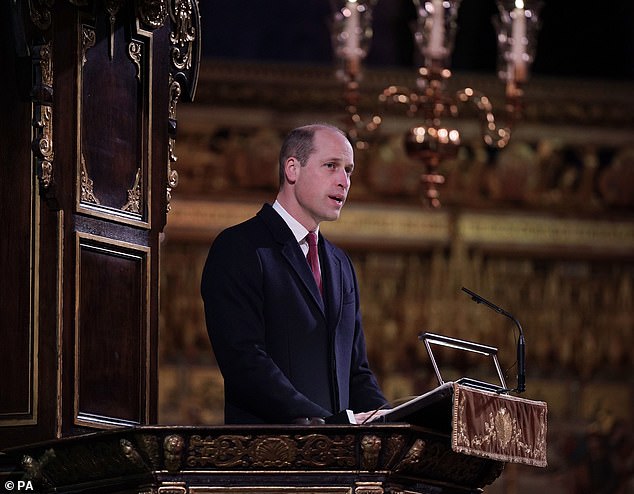 The Prince of Wales, reading an extract from Queen Elizabeth II’s Christmas Message 2012, during the ‘Together at Christmas’ Carol Service at Westminster Abbe 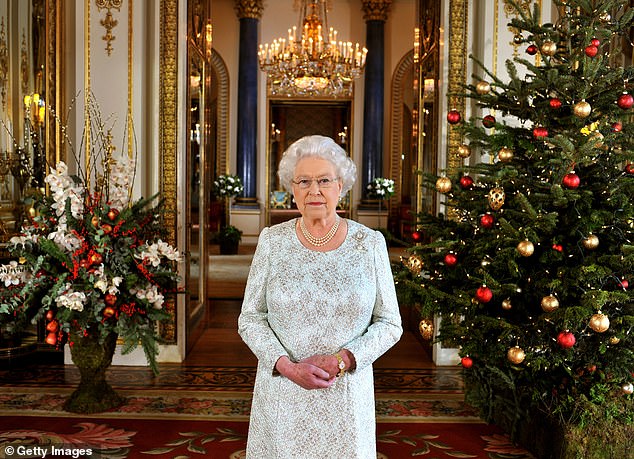 From that day on He has inspired people to commit themselves to the best interests of others. This is the time of year when we remember that God sent His only son to serve, not to be served.

‘He restored love and service to the centre of our lives in the person of Jesus Christ. It is my prayer this Christmas Day that His example and teaching will continue to bring people together to give the best of themselves in the service of others.’

The Queen delivered the same speech as part of a wider broadcast in 2012 from the White Drawing Room at Buckingham Palace.

It’s not yet clear why Prince William chose this particular extract. In 2012, the Queen celebrated her Diamond Jubilee and described the celebrations at the time as ‘especially memorable for me and my family’.

She said at the time: ‘It was humbling that so many chose to mark the anniversary of a duty which passed to me sixty years ago.’ 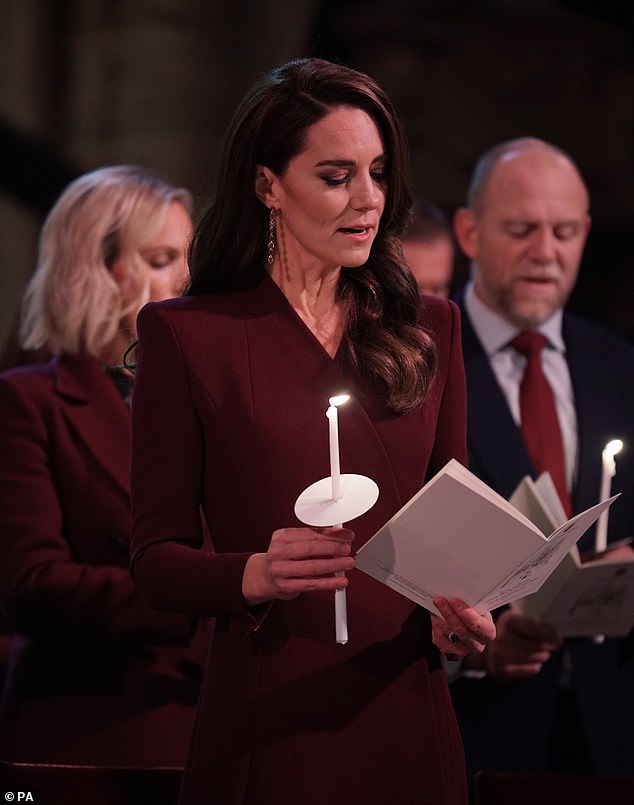 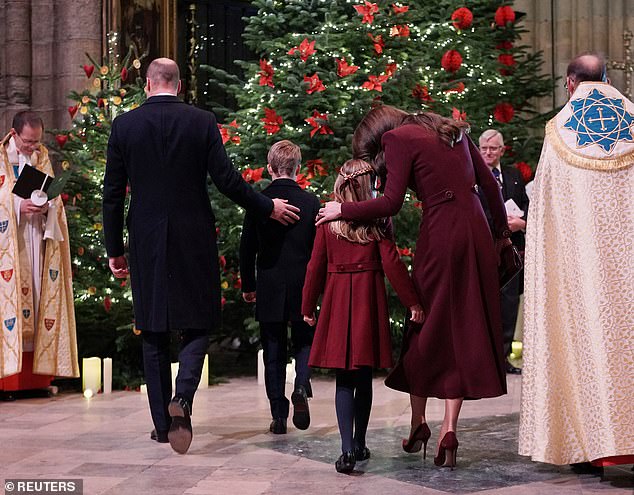 The event was attended by King Charles III, the Queen Consort and the Prince and Princess of Wales, as well as Prince George and Princess Charlotte.

Princesses Eugenie and Beatrice were also in attendance.

Speaking at the start of the programme, Kate said: ‘This Christmas will be our first without her late Majesty Queen Elizabeth.

‘Her Majesty held Christmas close to her heart as a time that brought us together. Her Majesty leaves with us an incredible legacy and one that has deeply inspired many of us.

‘This year’s carol service is dedicated to her and to all those who are sadly no longer with us.’ 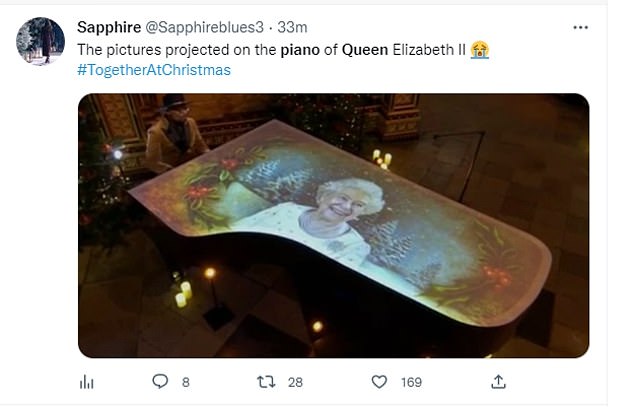 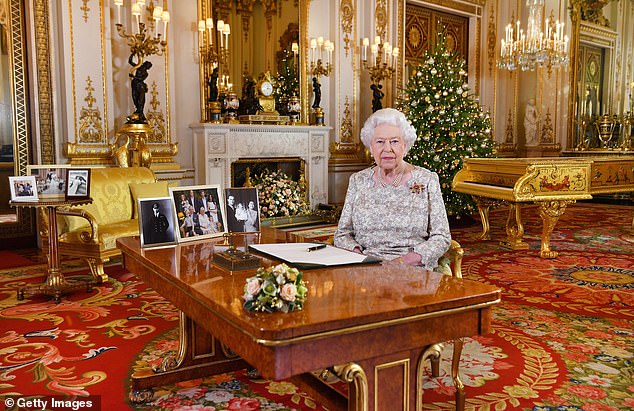 Queen Elizabeth II poses for a photo after she recorded her annual Christmas Day message in 2018. After the death of Her Majesty this year, King Charles III will broadcast his first Christmas message as monarch tomorrow

Messages from celebrities including Dame Judi Dench, Ashley Banjo and Martin Kemp were also included in the show, which was broadcast on ITV.

Dame Judi says she remembers the Queen’s first Christmas broadcast, with a clip shown of the young monarch addressing the nation shortly after she ascended to the throne.

The service took place on December 15, just hours after the final part of the Duke and Duchess of Sussex’s controversial documentary dropped on Netflix.

The ITV program was narrated by Catherine Zeta-Jones. 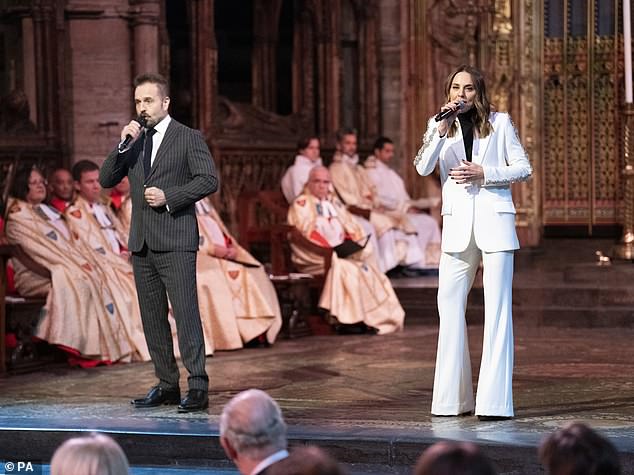 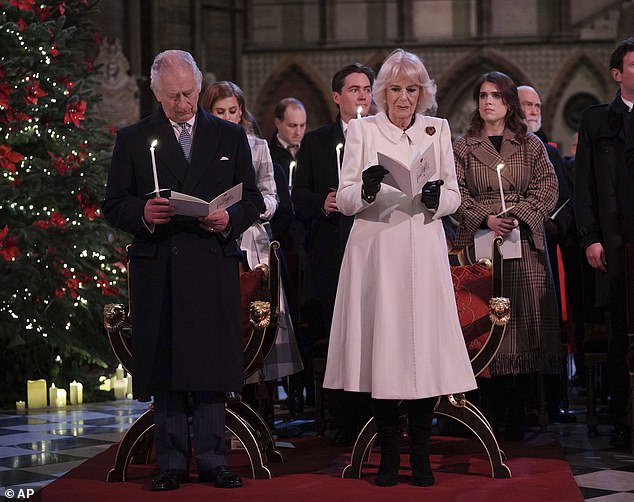 The event , dedicated to the late Queen Elizabeth II, was attended by King Charles III and Camilla, the Queen Consort 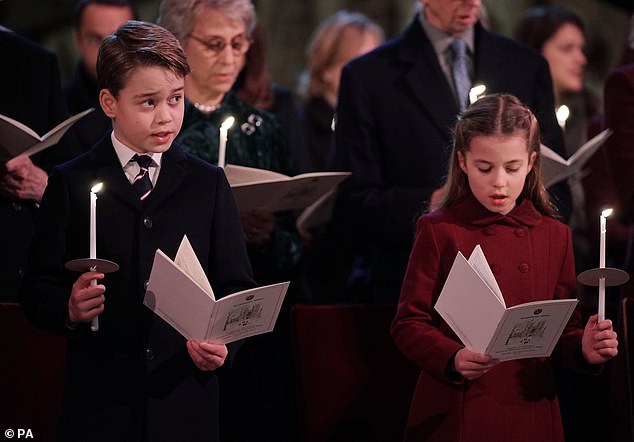