Lewis Capaldi’s concerts are to provide safe spaces and an email helpline for fans suffering from anxiety alongside a gig-buddy system for those arriving alone.

The Scottish star has set up the initiative, known as Livelive, after revealing his own struggles with panic attacks that have previously forced him to leave the stage.

Several American and British celebrities are thought to already be in touch with the trendsetter about having Livelive at their concerts, in a move that is thought to signal more mental health provisions being made in the industry. 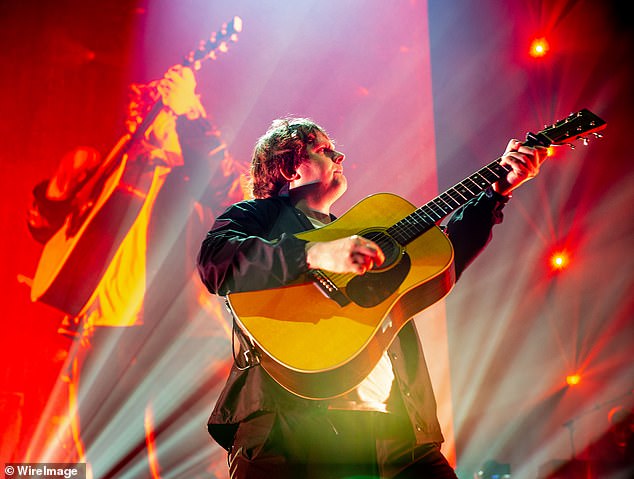 Scottish star has set up the initiative, known as Livelive, after revealing his own struggles with mental health (Pictured in Manchester on March 2 this year)

Capaldi’s organisation LiveLive, which he co-founded with Jack Williamson, has been set up to provide support to fans at his concerts.

It will have a help desk in the foyer where music-lovers can seek assistance and the 23-year-old artist will also post meeting points on Instagram to let solo attendees to the concert know where they can meet others also on their own.

Trained mental health professionals and medical staff will also be on site to provide extra care.

‘This influx of support and shared experiences of anxiety convinced Capaldi that coming up with an initiative for his biggest shows to date was essential,’ co-founder Jack told The Guardian.

‘People were saying, “thank you – I feel less alone”. Or, “I have social anxiety and that’s stopped me from coming to your shows”. One in ten people has anxiety and we saw there was an opportunity to provide support.’

When Capaldi performed in Glasgow on Thursday night Livelive was already in action, providing classes on how to stay centred in a crowded space. 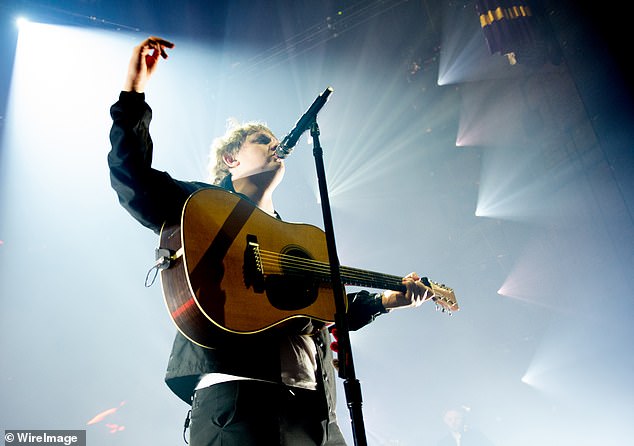 Capaldi has revealed his own struggle with mental health in candid interviews.

He walked off the stage halfway through a gig in Manchester last year after suffering a panic attack.

‘Very sorry to everyone tonight,’ he wrote on Twitter at the time, ‘Had a panic attack and had to cut my set short. Thankfully I’ve got it on good authority that it won’t effect my fee and I’ll still be paid in full x’.

Fans have repeatedly praised his openness. One wrote on social media: ‘It’s refreshing that you’re here just being honest about your panic attack when you didn’t have to share that at all. Makes those of us with mental health issues and anxiety feel less alone.’

Another wrote: ‘This made me like you ten times more than I already did. I love that you are so open about it. I struggle with anxiety and panic attacks as well.’

The Scottish artist’s next concert is in Dublin tomorrow evening as part of a busy schedule of shows across the UK and Ireland until October 4.