A LONE man was seen kneeling at Beau Biden's grave during the 2021 inauguration after a tearful Joe said his late son should've been president.

The heartbreaking photograph of an unidentified man near Beau Biden's grave in Greenville, Delaware, was shared to Twitter on Wednesday. 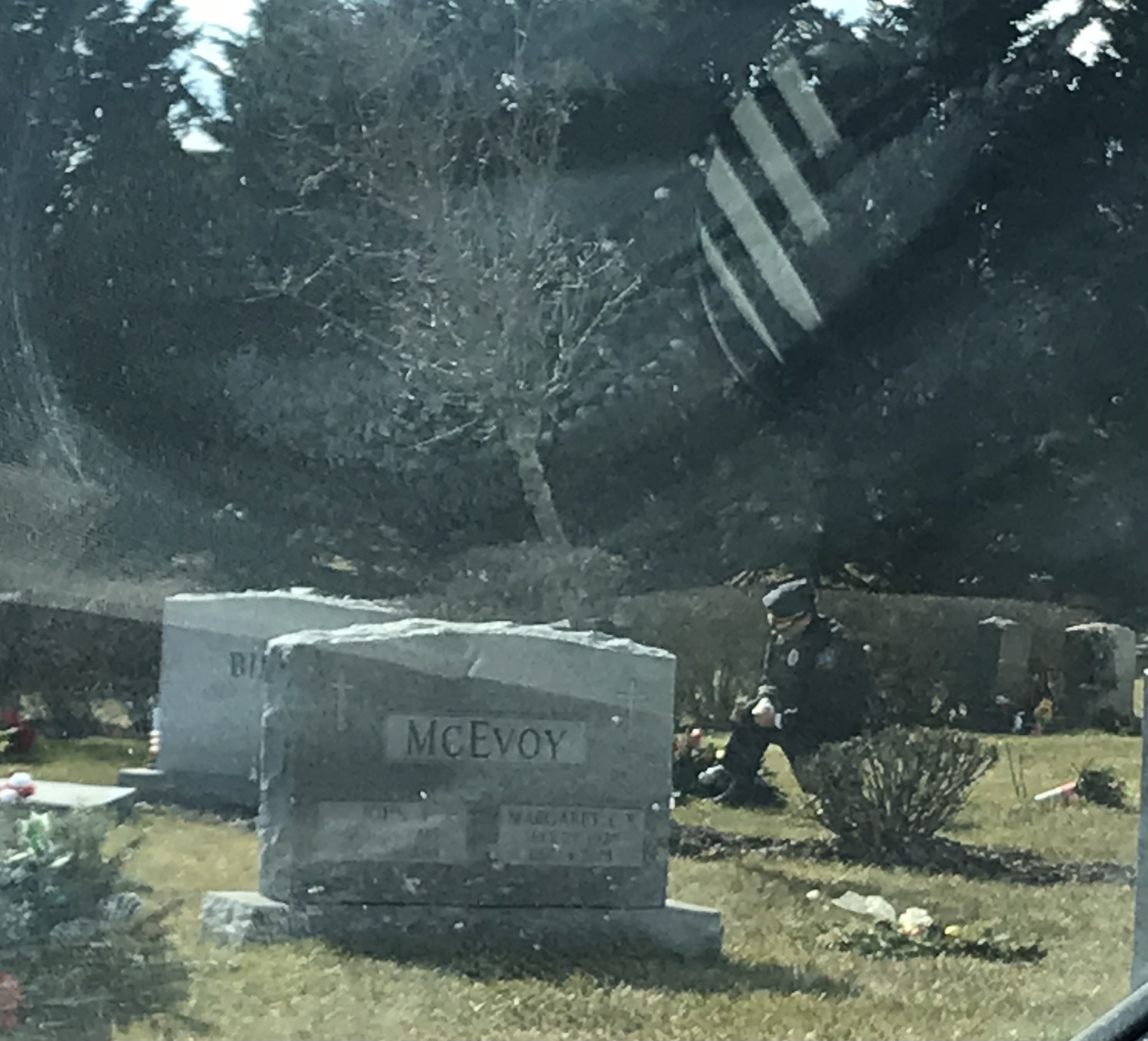 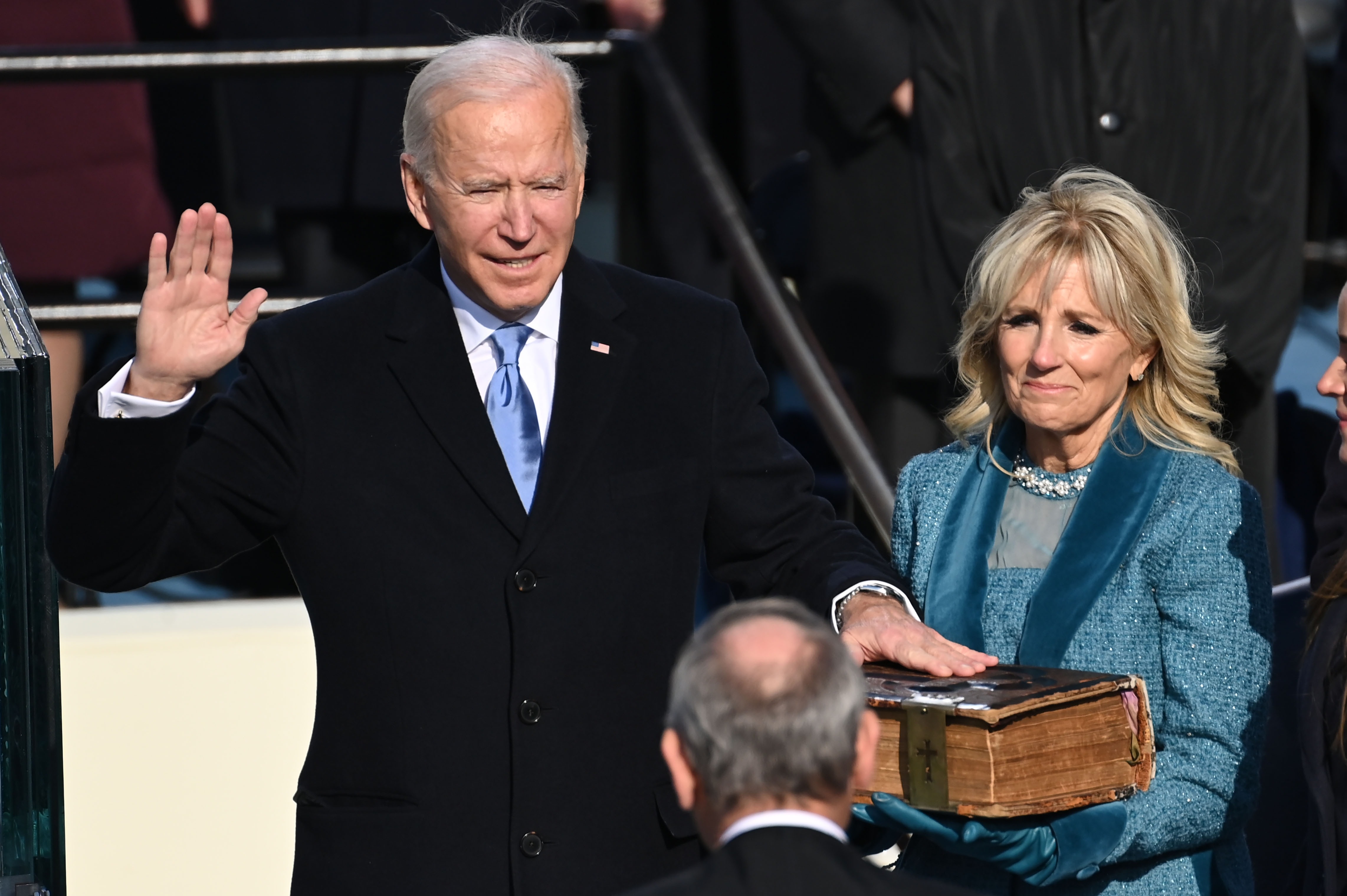 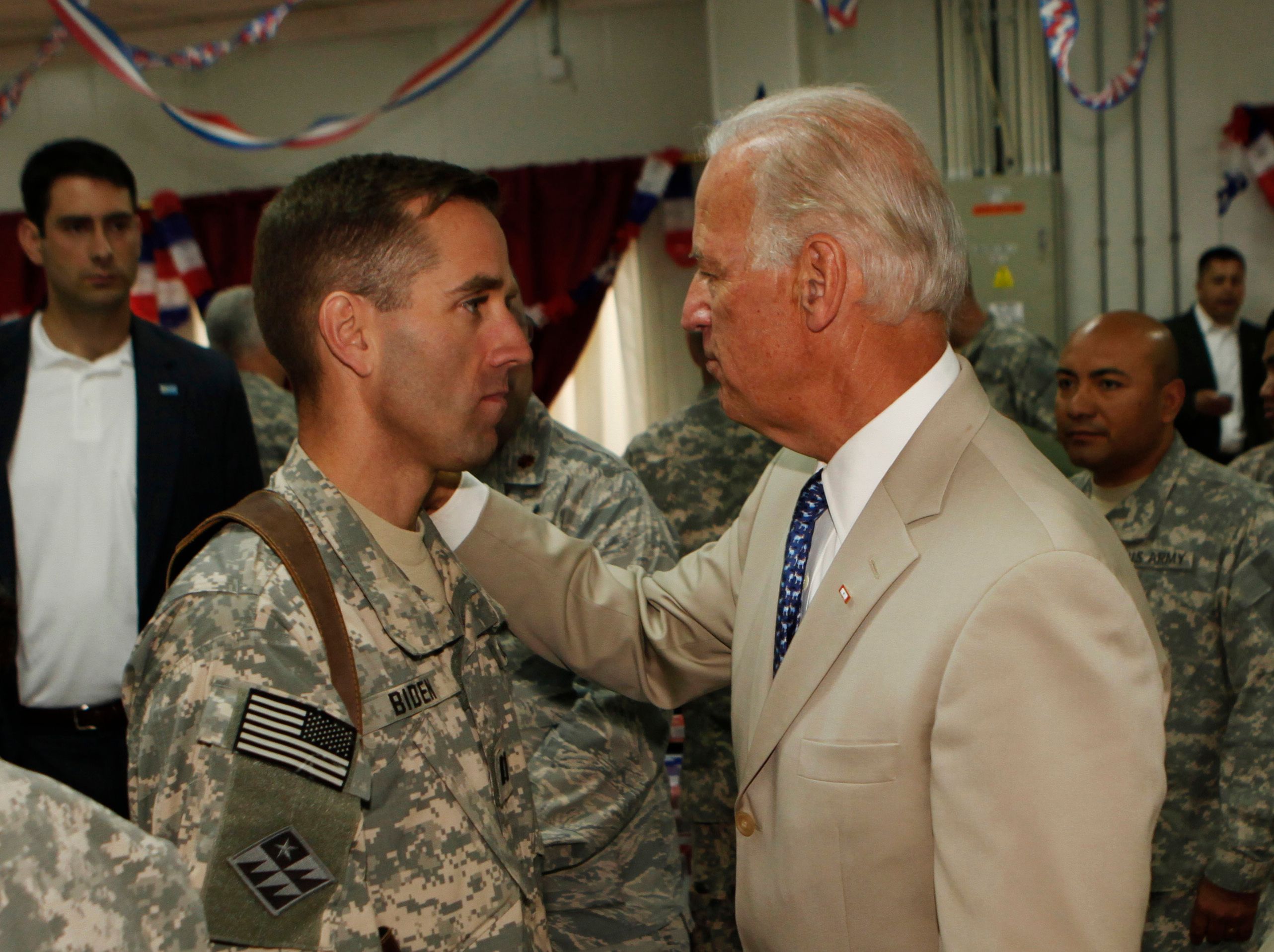 Alongside the photo, tweeted by a News Journal reporter Patty Talorico, the caption read: "Poignant moment.

"While Joe Biden gave his inauguration speech, a lone man in uniform knelt at the Delaware grave of his son Beau."

Talorico later revealed more details about when she took the photo.

She explained in the Delaware News Journal: "No one else was around on this cold, windy afternoon except for a few people doing outside work at the cemetery.

"In my car, I had the radio tuned to CNN. Joe Biden was being sworn in as president and was about to begin his address.

"The man in the uniform bowed his head and clasped his hands. The image brought tears to my eyes."

As Talorico saw the man kneeling in silence, she decided not to interrupt him and simply took snapshots from a distance. 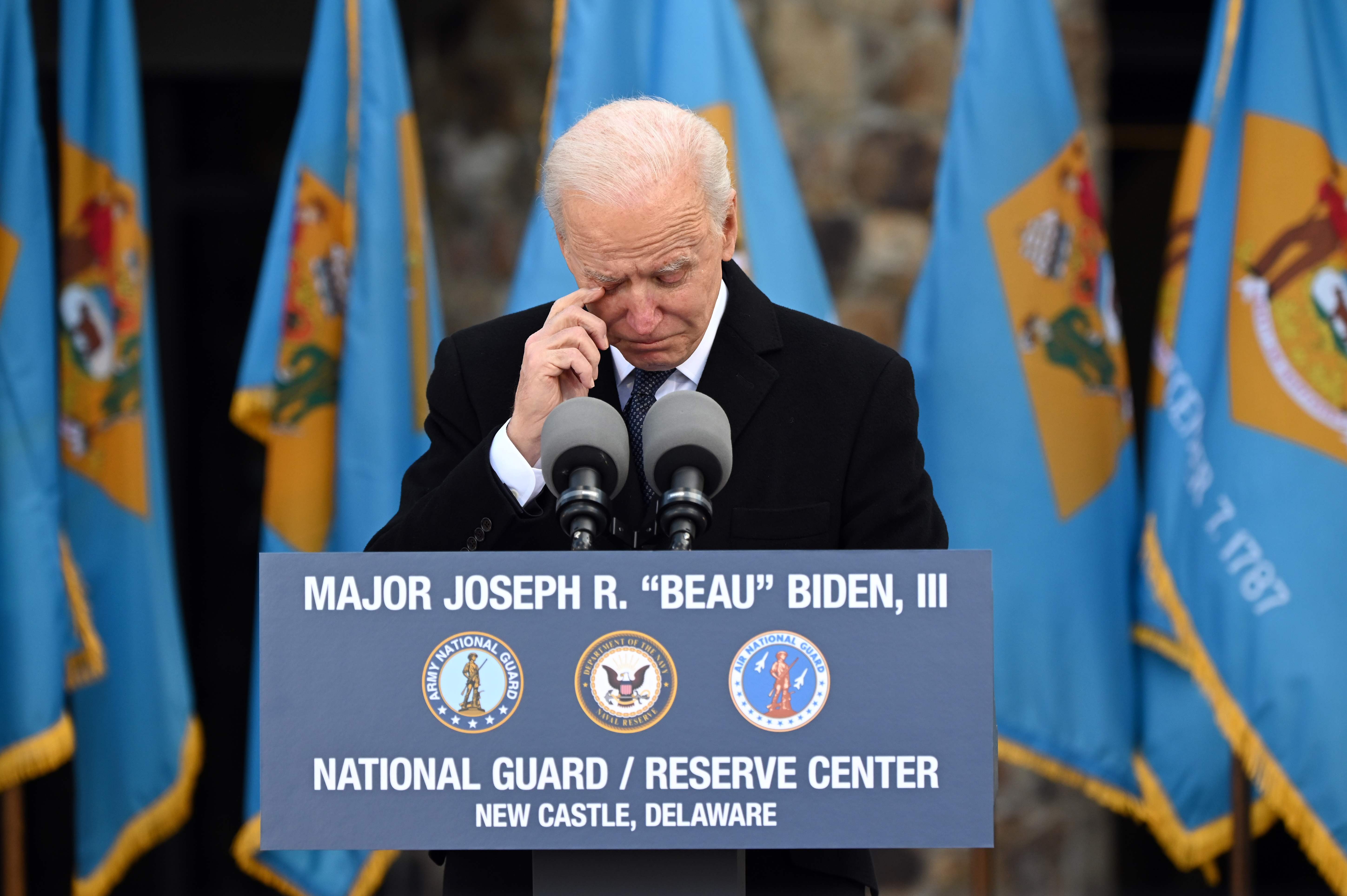 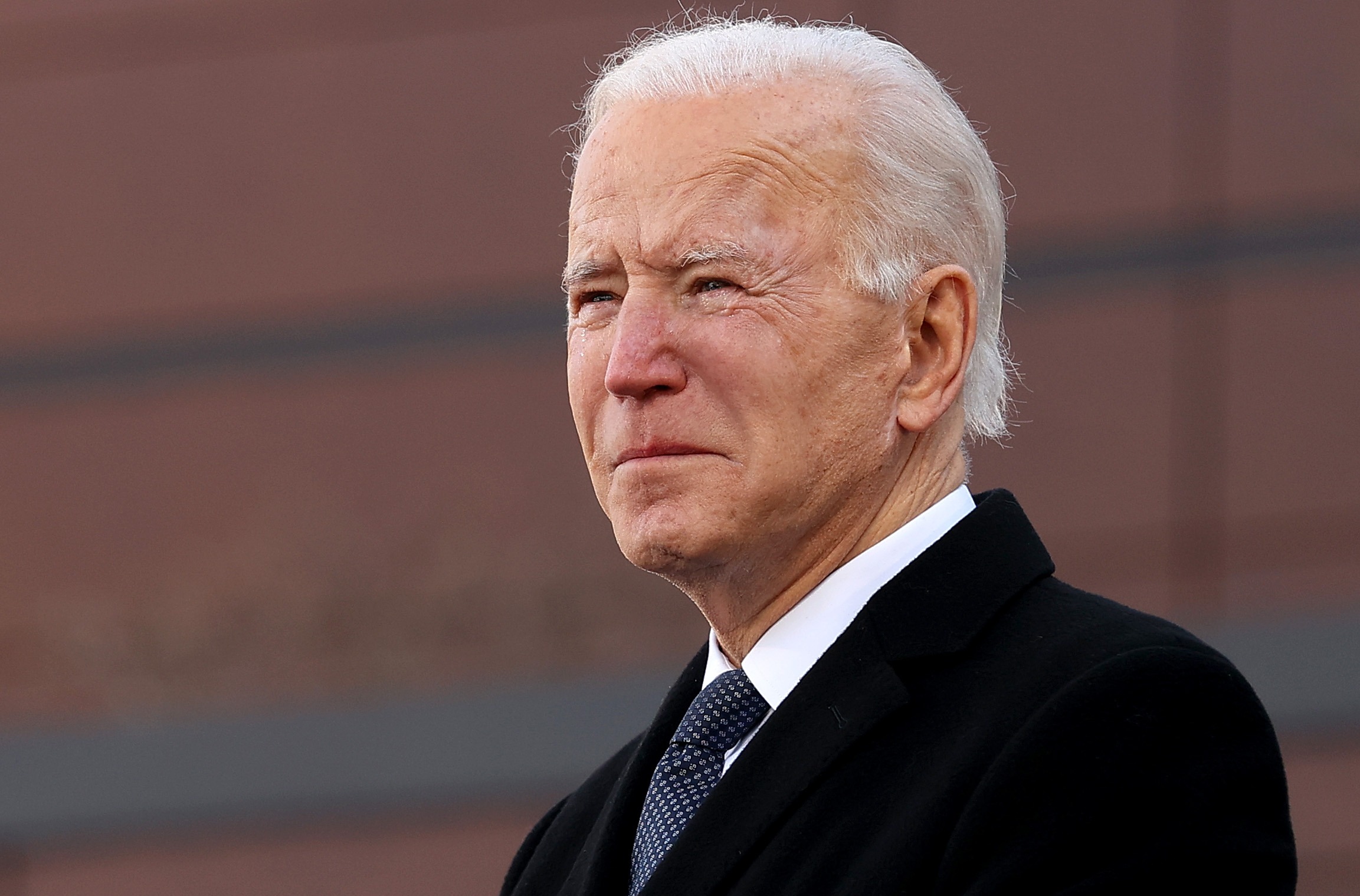 The man had been down on one knee, with his head facing the ground, as Biden made his monumental speech.

"The journalist in me wanted to go back and find out his identity and ask why he was there," Talorico added. "The person who once received a kind gesture from Beau when I needed it most knew it was a time to be respectful, and I drove away. Some things in life you just let be."

His body was laid to rest at St. Joseph on the Brandywine church in Delaware.

Approximately 24 hours before Biden was sworn into office, he cried during an emotional speech at the Major Joseph R "Beau" Biden III National Guard Reserve Center.

Biden dedicated most of his speech to his late son, Beau – who served for two terms as the former attorney general of Delaware and as a Major in the Delaware Army National Guard. 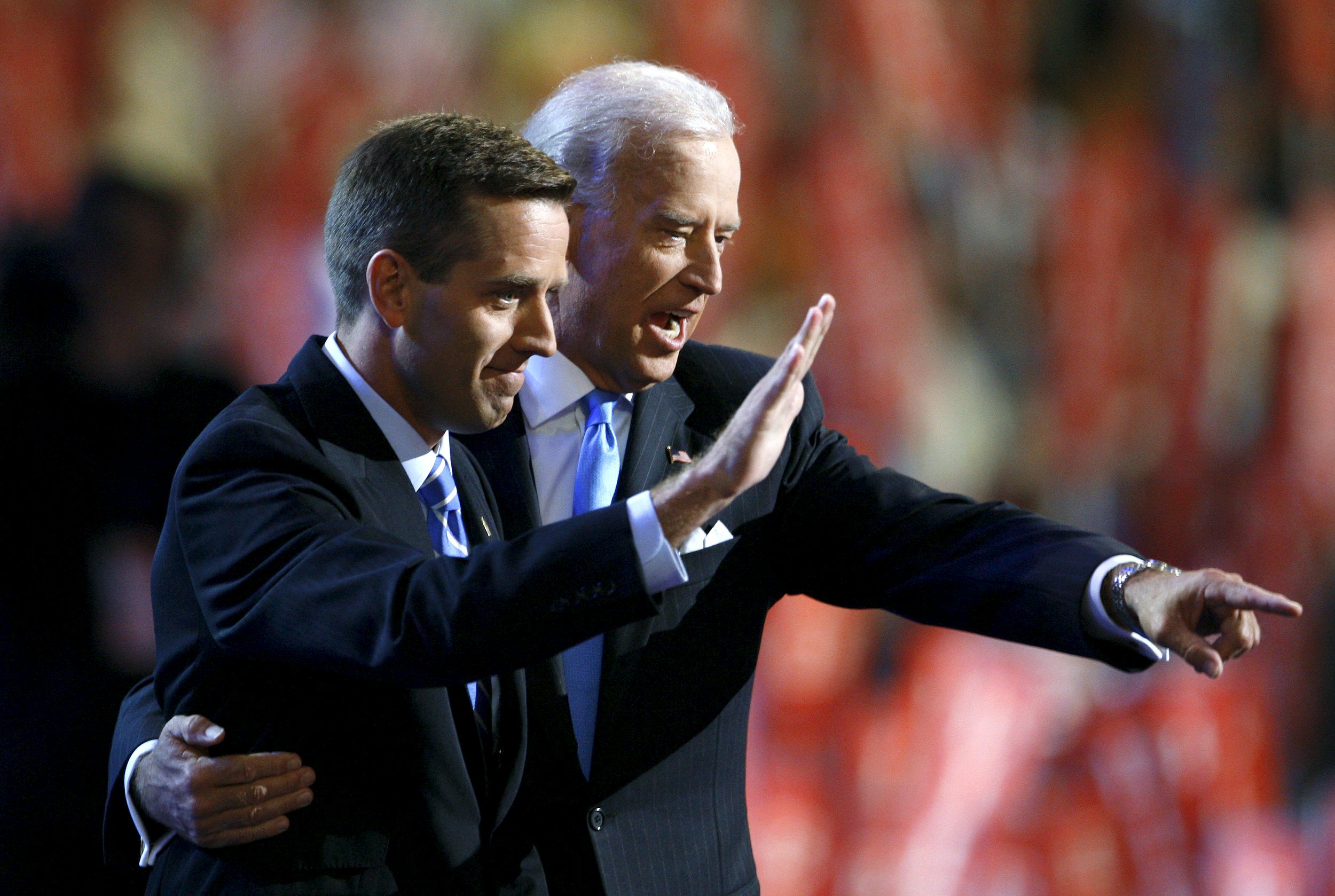 Last year, Biden spoke emotionally about his late son and said Beau "should be the one running for president, not me."

Speaking on MSNBC, the former vice president tearfully said: "Every morning I get up, not a joke, I think to myself, ‘Is he proud of me?'"

Biden said his son made him promise to "stay engaged" in public service after his death.

He added: "Didn’t mean I had to run for president, but he was worried I’d walk away from what I’ve worked on my whole life, since I’ve been 24 years old.

"He is part of me, and so is my surviving son, Hunter, and Ashley [his daughter].

"He walks with me, I know that sounds to some people kind of silly, but he really, honest to God, does. I know he’s in me."