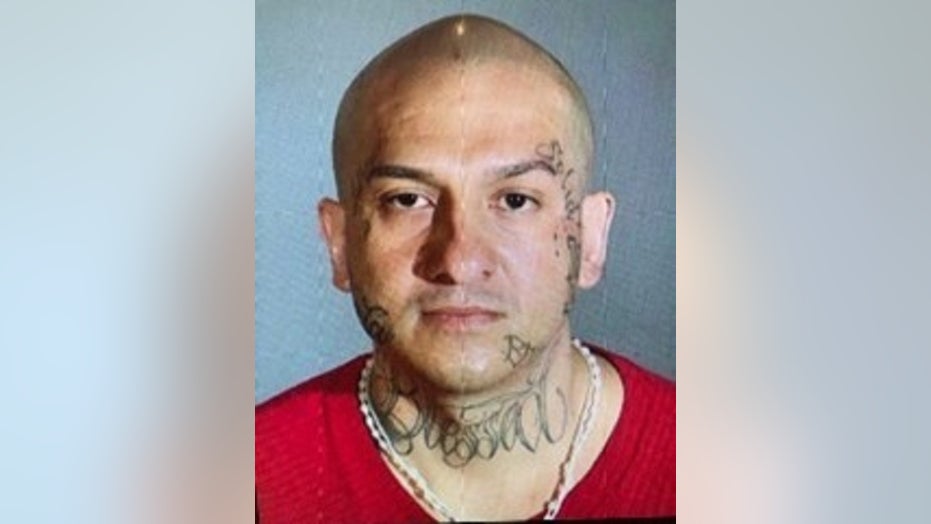 A Southern California man who was on the run after killing one person and shooting two relatives over the weekend was killed by law enforcement officers Monday on a busy freeway, authorities said.

Jesse Medrano, 35, was fatally shot around 8:40 a.m. in the Los Angeles suburb of Lynwood. The California Highway Patrol has not released many details on the shooting.

The Los Angeles County Sheriff’s Department said Tuesday’s shooting occurred on the Interstate 105 near the interchange with the Interstate 710 freeway. A Highway Patrol spokesman said the agency received a call just before 7 a.m. about a disabled vehicle on the freeway. 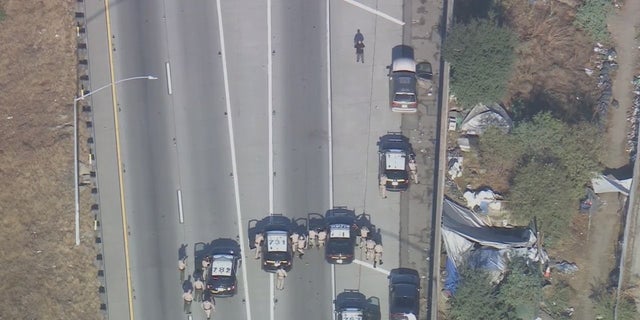 A responding CHP officer ran the license plate of the vehicle, which came back as reported stolen.

The deputy ran Medrano’s information, which said he wanted in connection to a homicide. Los Angeles County Sheriff deputies also arrived at the scene before the shooting, CHP said.

At some point, Medrano pulled out a handgun and opened fire on law enforcement officers Fox affiliate KTTV reported.

The officers returned fire, striking the suspect. Medrano was taken to a hospital where he later died. One CHP officer was injured with a graze wound to the head from shrapnel and was treated at the scene.

Footage from a Fox Los Angeles helicopter showed the suspect on the freeway holding what appeared to be a handgun. 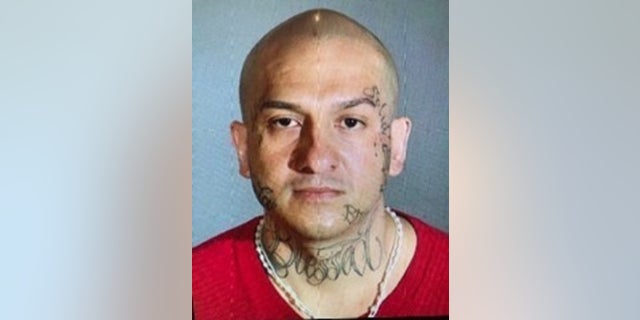 Medrano had been on the run since Sunday when he killed 61-year-old Ruben Marrufo during a dispute with family members in South Los Angeles, the Los Angeles Police Department said.

He allegedly killed Marrufo and shot two others and fled in a vehicle that was later abandoned. He then carjacked another vehicle in a neighboring suburb, authorities said. The two shooting victims remained hospitalized.

A 51-year-old man was listed in grave condition, the LAPD told Fox News, and a woman, 50, was in critical condition. The department did not disclose Medrano’s relationship with the victims.