Police are on the hunt for a 33-year-old man who is wanted for the alleged murder of teacher and female footballer Dannielle Finlay-Jones, 31, in Sydney’s west.

NSW Police has released an image of wanted man Ashley Gaddie after Finlay-Jones was found dead inside a Cranebrook home on Sunday. 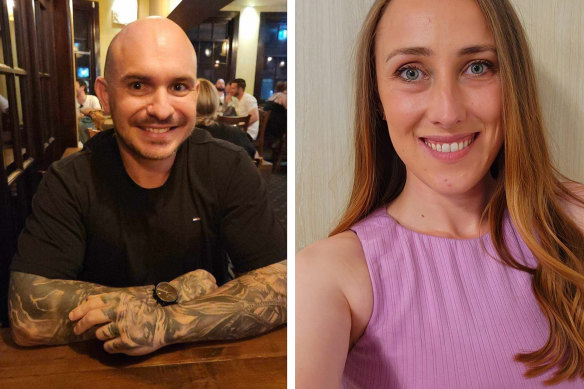 Police believe the pair were staying at a friend’s house on Saturday night before Gaddie allegedly fled sometime in the morning. Finlay-Jones was found on Sunday with serious injuries.

“He is wanted by Nepean Police Area Command on an outstanding warrant for murder,” a statement released by NSW Police on Tuesday morning said.

“Anyone with information regarding his whereabouts, or who sight’s Ashley is urged not to approach him and to call Triple Zero (000) immediately.“

Police said Gaddie is known to frequent the areas of Five Dock, Penrith and Mt Druitt. He is described as being of Caucasian appearance, bald, about 180cm tall, with muscular build and blue eyes.

Officials at the Ramsgate RSL Football Club, where Finlay-Jones worked as the director of female football, confirmed they were aware of Finlay-Jones’ death but did not wish to comment. According to her social media pages, Finlay-Jones also worked as a teacher and a student learning support officer for the NSW Department of Education.

“The information that we do know is that they’re known to each other, there’s not been an entry or break-enter,” he said.