A man who inadvertently triggered Hong Kong’s huge protests after he murdered his girlfriend in Taiwan has agreed to return to the island to face justice, a clergyman who has visited him in prison said on Friday.

Chan Tong-kai, 20, is wanted in Taiwan for the murder of his pregnant girlfriend during a holiday the two Hong Kongers took there in February last year.

He fled back to the southern Chinese city where Taiwanese police were unable to apprehend him because there was no extradition agreement between Hong Kong and Taiwan. 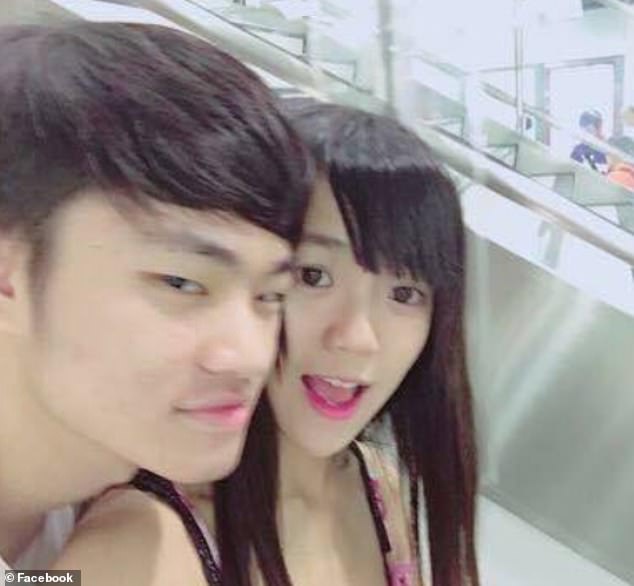 Chan Tong-kai, 20, is wanted in Taiwan for the murder of his pregnant girlfriend Poon Hiu-wing (both pictured)

The case triggered an ill-fated proposal by Hong Kong’s pro-Beijing government to ram through a sweeping extradition bill which would have allowed the city to extradite suspects to any territory, including the authoritarian mainland and Taiwan.

The proposal sparked a massive public backlash with record-breaking crowds hitting the streets.

The protests have since snow-balled as the movement seeks greater democracy and police accountability after Beijing and local leaders took a hard line and violence escalated. 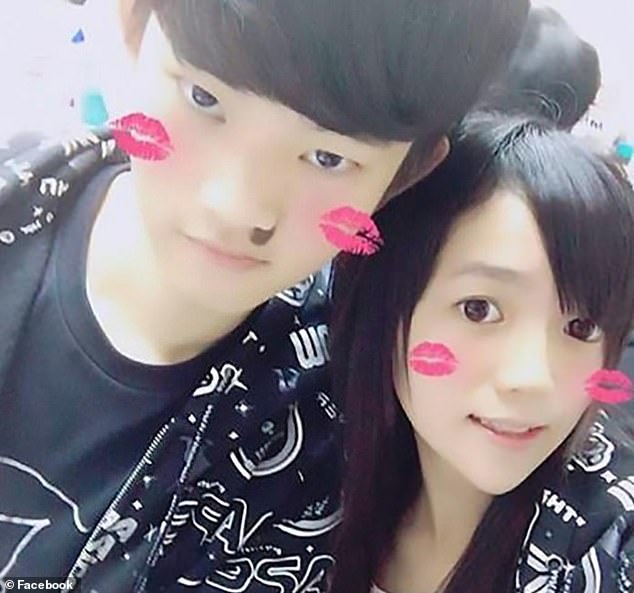 Now the man who set off this tumultuous chain of events has indicated he is willing to go to Taiwan for prosecution.

Chan is currently serving a short jail sentence in Hong Kong after he was convicted earlier this year of stealing his girlfriend’s possessions during a trial in which he did not dispute murdering Poon Hiu-wing.

He is due for release next week.

Reverend Peter Koon, an Anglican clergyman, has visited him regularly in prison and said he was willing to hand himself over to Taiwanese authorities.

‘I believe he will keep his word,’ Koon told AFP, adding Chan had instructed a team of Taiwanese lawyers and had converted to Christianity in prison.

‘He expressed great regret for the victim’s family and he was very sorry for causing such trouble in Hong Kong,’ Koon added, calling Chan’s decision ‘brave’.

Taiwan maintains the death penalty for murder, but Koon said Chan was unlikely to get that if he voluntarily surrendered.

The revelation comes as Hong Kong witnessed a 20th consecutive weekend of protests. 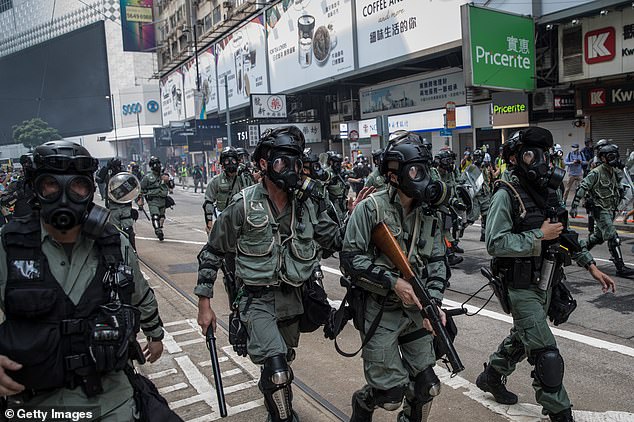 Many of those at Friday night’s rally defied the ban by covering their face.

Yu Law, 33, had fashioned a mask in the shape of a camera and was protesting in Tsim Sha Tsui district.

‘If we don’t march now, we may not have the chance in the future,’ she told AFP.

Earlier in the day police rejected an application for a large rally on Sunday, saying they feared hardcore protesters would hijack it and it would turn violent. 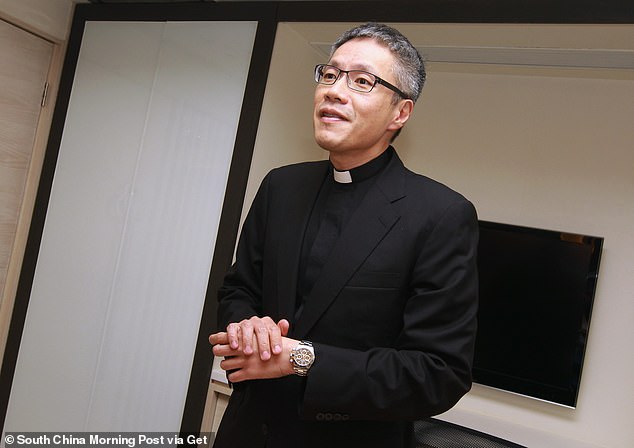 Reverend Peter Koon, an Anglican clergyman, has visited Chan regularly in prison and said he was willing to hand himself over to Taiwanese authorities

The application was made by the Civil Human Rights Front (CHRF), a group that advocates non-violence and organised marches earlier in the summer with millions hitting the streets.

Its leader Jimmy Sham was hospitalised on Wednesday after he was attacked by men wielding hammers.

While the CHRF’s rallies have begun peacefully, masked protesters have routinely clashed with police later on. 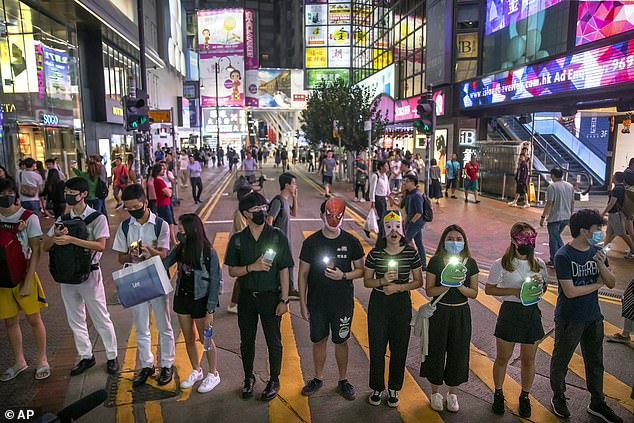 Previous protest rejections by police have been widely ignored by protesters and quickly turn violent.

Protesters are demanding an independent inquiry into the police, an amnesty for those arrested and fully free elections, all of which have been rejected by Beijing and Hong Kong’s unelected leader.