A MARRIED man who allegedly kidnapped, suffocated and dumped the body of his disabled girlfriend in the desert said he did it "because he had to" in a chilling call to his wife.

Maureen Chapman was reportedly woken up by a frantic 6am call from her husband John Matthew Chapman, 39, who rang from a police station last Friday. 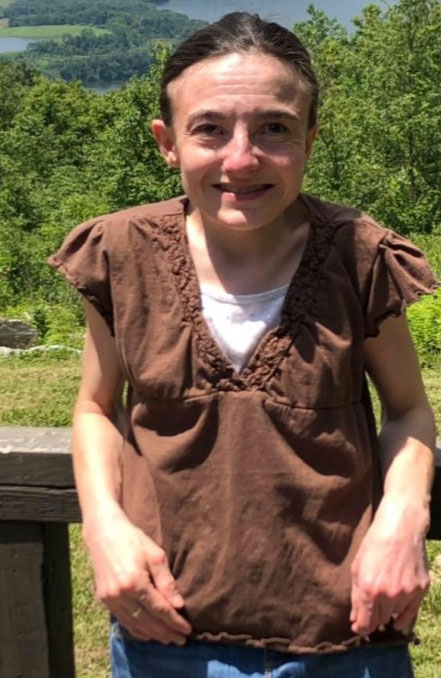 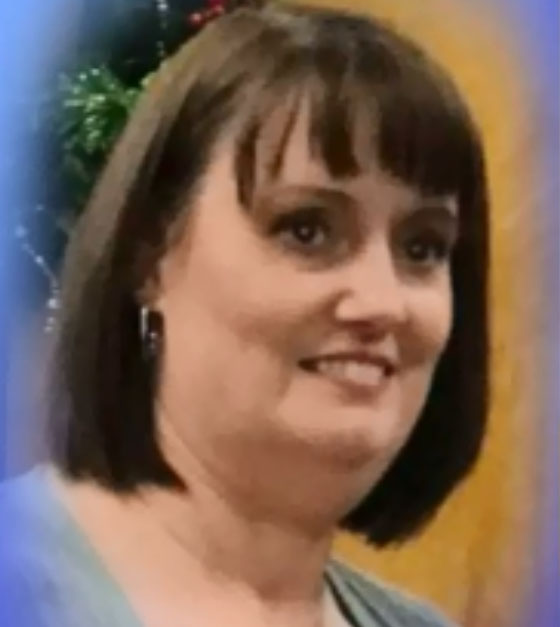 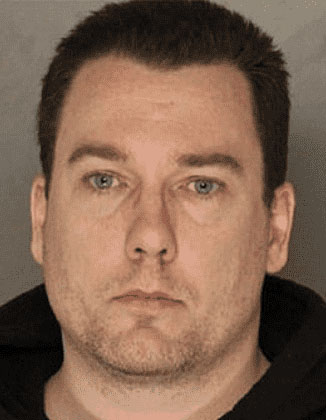 "He said that he had killed a woman," Maureen Chapman told WPXI before repeating her husband's chilling confession: "I killed her because I had to."

Cops say Chapman was arrested and charged with kidnapping, obstruction and other crimes relating to the murder of his lover Jaime Feden, 33.

Speaking about her husband's betrayal, Chapman's wife said she was in "disbelief": "I just want the truth as to what happened. I feel I'm owed that."

His ex-wife of seven years Kelly Murray, has also spoken out, telling the station that he allegedly kept "zip lock baggies with female underwear in them."

I killed her because I had to.

The Chapmans got married less than a year ago before it emerged that John was living a double life.

Despite tying the knot, he was having a longtime "tumultuous" affair with Feden, who he met at a school for special needs, says NBC.

His Facebook profile states that he is a "single guy from Pennsylvania," who is "always trying to meet new and interesting people."

Chapman – who listed his wife as his sister on Facebook –  told her that he needed to take her truck for a work trip back in September.

He then allegedly lured his secret girlfriend from her home in Bethel Park, a Pittsburgh suburb, under the pretence of a road trip to Las Vegas.

He convinced four-foot Feden – who suffered from VATER syndrome, a birth defect that resulted in her small size – to accompany him to the desert for a BDSM-themed photoshoot, according to Buzzfeed News.

On Friday, Chapman admitted to driving Las Vegas, with the "potential of acquiring residence" there, reports CBS 2.

He confessed to later zip-tying Feden's hands and feet to a desert signpost before duct taping her nose and mouth and allowing her to suffocate around September 25, police say.

Reports indicate that a body matching her description was recovered on October 5.

Chapman was reportedly arrested at Feden's home where cops found a backpack full of zip ties and tape as well as Feden's phone.

Bethel Park Police Chief Timothy O'Connor told Action News4: "What I would say about her, she's a sweet, gentle, loving soul and she was taken advantage of by a predator."

O'Connor added: "I'd say this is one of the more strangest cases that I've encountered in my career and would also say that I think our victim is a very innocent person that was taken advantage of."

After allegedly committing these heinous crime, Chapman then supposedly pretended to be the Feden online in the days after her disappearance, messaging her friends and family.

Her friend Nikki Lawrence told BuzzFeed she believes Chapman messaged her a month after the murder posing as Feden, as well as posting status updates from her Facebook account.

Reports say that relatives noticed that she was giving the wrong responses to questions after Feden went missing.

Lawrence also alleged that relatives disproved of her boyfriend. Feden had posted about the fraught relationship between her family and Chapman on multiple occasions.

In December 2018, she accused concerned relatives – who were reportedly trying to catch Chapman on dating apps – of "stalking" Chapman  on Facebook. 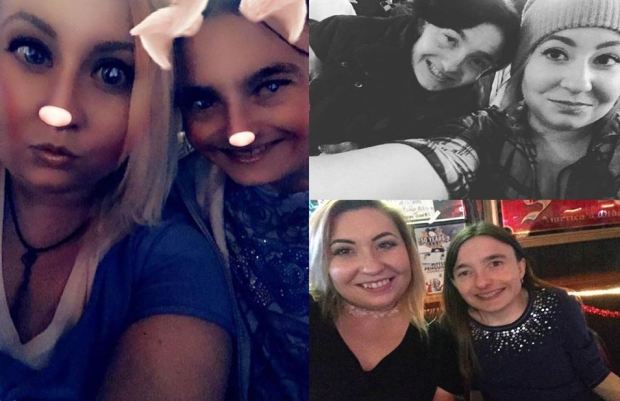 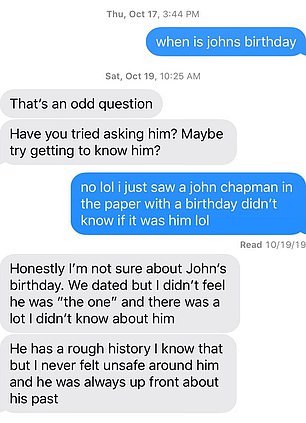 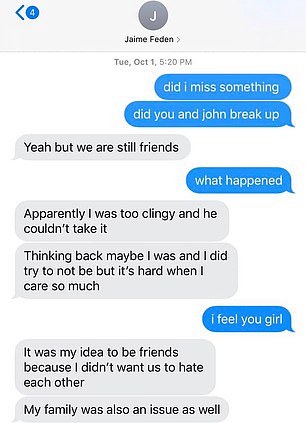 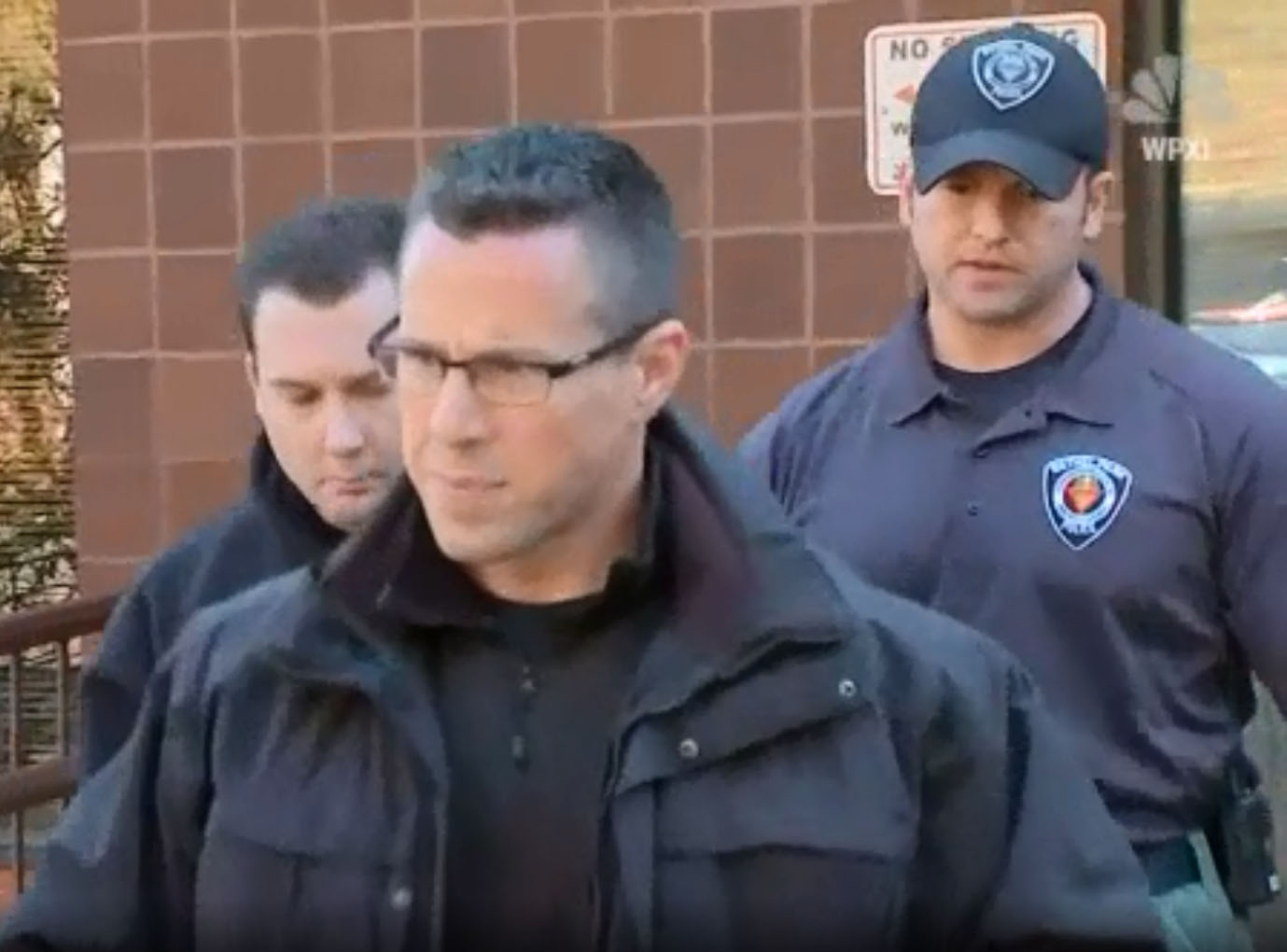