Health Secretary Matt Hancock has pledged to ‘roll back’ Labour’s disastrous PFI hospital schemes to free up resources for the front line.

Mr Hancock said a new Tory government would establish a dedicated unit within the Department of Health to pore over the details of dozens of PFI deals – or Private Finance Initiatives – signed by Labour.

The schemes have left hospitals having to pay out more than £2billion a year to private firms. 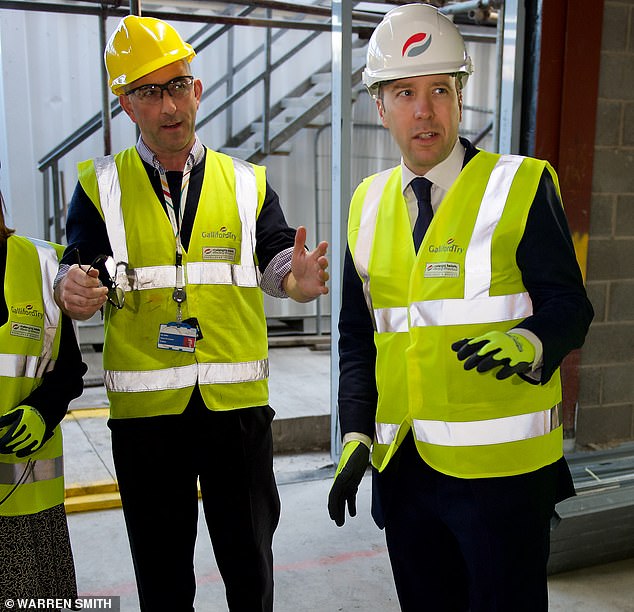 Health secretary Matt Hancock, right, announced that the government would set up a unit to look into PFI deals while visiting the Countess of Chester hospital

He added: ‘The Conservatives are clear. PFI was a disaster and should never have been undertaken on the scale it was. So we will review and cancel the deals where possible – and are building 40 new hospitals without a single penny of funding by PFI.’

PFI was championed by Gordon Brown as a way of funding new schools and hospitals without adding to Government spending. It was first introduced by John Major’s government, but took off under New Labour. Some 90 per cent of schemes were signed off by the last Labour government.

His announcement came on a milestone day for the Health Secretary. He hit the target he’d set himself at the start of the election campaign – doing it in the city of his birth, the marginal battleground of Chester.

Starting in Watford and St Albans on November 6, Mr Hancock has been determined to tick off at least 100 constituency visits.

Displaying a Zebedee-like spring in his step, he has boinged his way around the country – clocking up some 5,000 miles in his Land Rover Discovery ‘battlebus’ and more on the train. 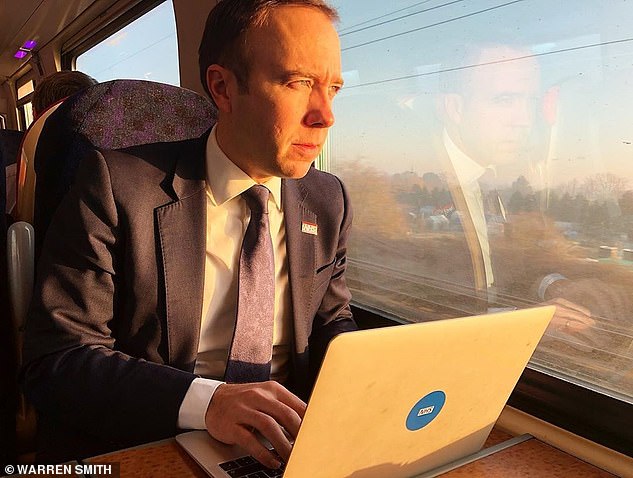 The PFI schemes have left hospitals paying more than £2billion a year to private companies (Pictured: Matt Hancock on the train heading to Chester today)

Putting many fellow Cabinet ministers to shame, he has been as far north as Middlesbrough and down to Penzance.

There was no let up yesterday as he dropped by the Countess of Chester Hospital, where – coincidentally – he was born on October 2, 1978. On arrival in the midwifery unit, he whipped out his mobile phone to call his mum Shirley to ask if she could remember where exactly in the hospital he had first entered the world.

She couldn’t, but she did inform him that he weighed 8lb 5oz and ‘looked butch’. ‘Yeah – strong…’ Mr Hancock replied with a smile.

Just a few days ago, he dealt with an ugly confrontation with Labour activists who screamed ‘liar’ and booed and hissed at him at a hustings in West Suffolk, when he blasted Jeremy Corbyn for the ‘evil’ of anti-Semitism in his party.

Daniel Sugarman, a public affairs officer for the Board of Deputies of British Jews, condemned the ‘vitriol’ that Mr Hancock received ‘just for mentioning Labour anti-semitism’. 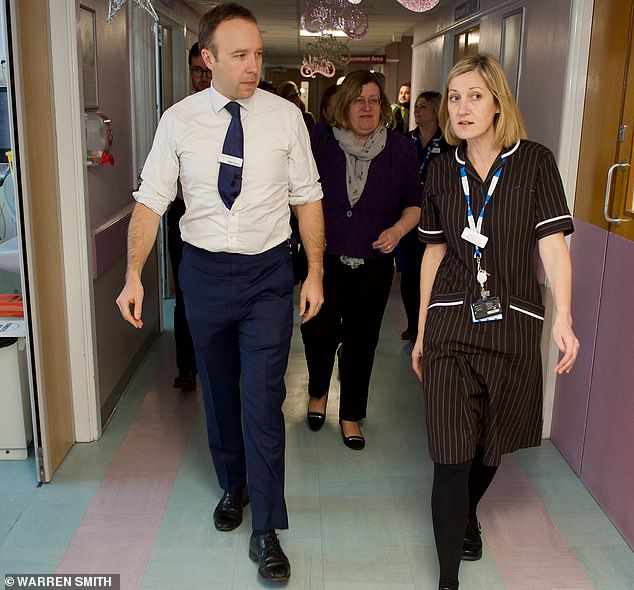 ‘It was shocking,’ Mr Hancock told the Mail. ‘But what you don’t see in the video is that there were about 100 people in the room and about a dozen people who were an orchestrated bank of Momentum aggression.’

He added: ‘It was unpleasant – but actually it just makes me more determined to stamp out anti-semitism and to win this election.’

Whatever the Labour activists were hoping to achieve, it has not thrown Mr Hancock off his stride. In Chester town centre his attempts to film clips for social media were repeatedly interrupted as passers-by stopping to shake his hand and ask for selfies.

When he asked one what he thought of Mr Corbyn, the answer was ‘Urrgh.’ ‘Yes, me too,’ agreed Mr Hancock.

After that it was on to Manor Park Care Home in the village of Holt, North Wales, where there’s another family. Mr Hancock’s late grandmother Pem Hills, a former NHS nurse, was cared for there when she had dementia. The Health Secretary, who we were told was up before 7am and had been elsewhere in North Wales before getting to Chester, showed no sign of flagging, going into tour-guide mode as he pointed out Farndon County Primary School where he began his education, the pub where comedian ‘Russ Abbott was born’, and a local cricket club where West Indian fast bowler Curtly Ambrose once played as a youngster. 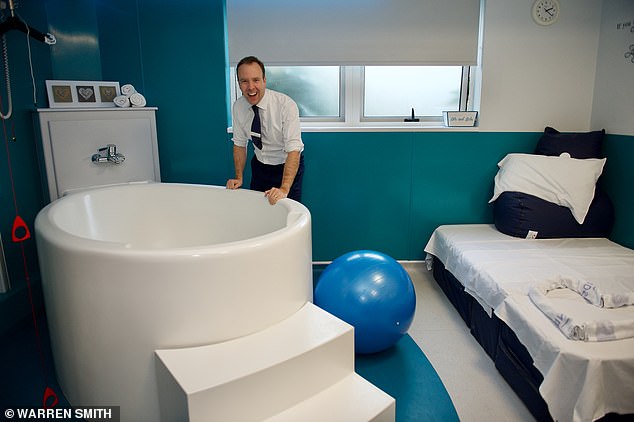 He also visited the maternity unit at the hospital in Chester, north-west England

And amid all this smiling and glad-handing, there was the serious business of Mr Hancock’s announcement on PFI.

The £2billion paid out by hospitals each year as a result of the scheme is a colossal sum when you consider it amounts to enough to fund 85,000 new nurses, 70 million new GP appointments or build four new hospitals.

Some PFI contracts are so watertight that they cannot be scrapped without the government incurring large penalties but academics believe that at least 15 hospitals could have a case for for tearing up their contracts and freeing up vast sums in the process.

Labour health spokesman Jonathan Ashworth, who has repeatedly claimed the Tories will privatise the NHS, was a special adviser to Mr Brown for five years when the use of PFI was at its height.

Mr Hancock said: ‘The Labour Party says it is against privatisation of the NHS, yet the very man who is auditioning to be the next Health Secretary was one of the architects of the biggest ever privatisation programmes.’

As the day drew to an end, Mr Hancock was focusing on ‘people who voted Labour in the past and feel let down [who] are considering voting Conservative for the first time.’

If they do, then the effort involved in achieving the Hancock Hundred will have been worth it.