As the first deaf dancer on Strictly, she lit up our living rooms week after week with her talent and charm.

And when Rose Ayling-Ellis lifted the glitterball trophy in the emotional final, it was clear that she had achieved much more than the glory of winning.

The EastEnders actress, 27, said she entered the competition wanting to break down the stereotype that ‘deaf people can’t dance and can’t enjoy music’.

She has certainly done that – and then some. Now organisations supporting children with hearing loss say she has already inspired huge numbers to prove they too can impress on the dance floor. 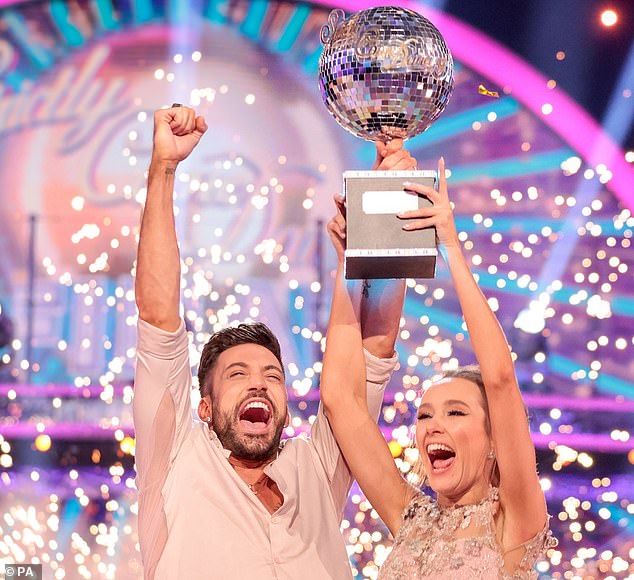 When Rose Ayling-Ellis lifted the glitterball trophy in the emotional final, it was clear that she had achieved much more than the glory of winning

One of these is the National Deaf Children’s Society, which has seen a massive increase in enquiries about dancing, singing and theatre.

Martin McLean, senior policy adviser at the charity, said: ‘Countless deaf children and young people of all ages have told us how ecstatic they felt to see Rose lift the glitterball trophy (pictured right). She’s inspired so many of them across the country to believe they can achieve anything they set their minds to…

‘Instead of thinking these activities are out of reach, some will now be aspiring to careers in the performing arts as a direct result of seeing Rose on Strictly and it’s great to see their enthusiasm increasing.’

A survey conducted by the charity revealed that two thirds of deaf children feel more confident about wearing their hearing aids after watching Miss Ayling-Ellis on the BBC1 programme, while 70 per cent said they now feel happier talking about their deafness. 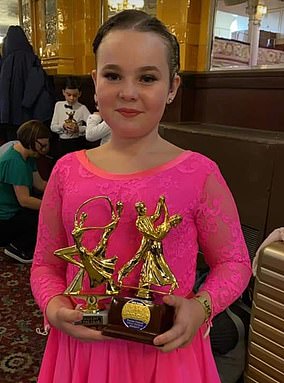 Maci Taylor, 12, used to be embarrassed about her deafness.

However, seeing Miss Ayling-Ellis on Strictly has inspired her and she now wears her hearing aids with pride.

Maci, who is profoundly deaf, and has been dancing since the age of three, said: ‘I was really excited to see Rose win because it shows we can do anything we put our mind to. People can be proud to be part of the deaf community.

‘She has inspired me to focus and practise so that one day I can be as good as Rose and the Strictly professionals.’

The ballroom and Latin dancer, from Gamesley in Derbyshire, added that others at her dance school now understand more about her deafness.

Her mother Kirsty Taylor, 35, said: ‘We’ve watched Strictly every single week and Maci was so excited when Miss Ayling-Ellis won.

‘She used to be quite embarrassed to be a part of the deaf community, she used to hate wearing her hearing aids and learning sign language.

‘But we’ve seen a big change in her since Rose has been on Strictly.’ 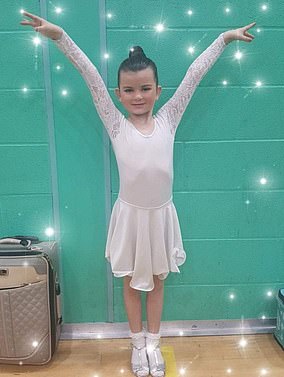 Audrey Tyrrell, nine, loves dancing but decided to give up in 2018 because she found it too difficult.

However, seeing Miss Ayling-Ellis on Strictly has rediscovered her passion for ballroom dancing. Audrey, who is moderately deaf and wears hearing aids, had won four competitions before she quit.

The dancer, from Harwich in Essex, said: ‘Rose made me realise that anything is possible and that it was possible to go back to dancing and enjoy it again! I was screaming with excitement when she won.’

Her mother Tracey Tyrrell, 42, added: ‘We watched Rose every single week and it was amazing.

‘Audrey was shocked and said, “She’s just like me and she can do that”. We were both in tears.’

Audrey started dancing at the age of five but gave up because she found it hard trying to hear her instructor over the music and follow the dance moves.

Miss Ayling-Ellis sent Audrey a personalised video message this month to say how happy she was to have motivated her to start dancing again. 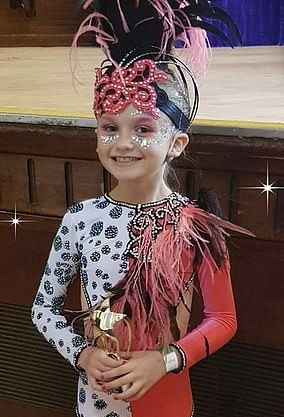 She is profoundly deaf and has two cochlear implants.

Lucie is the only young deaf person in her dance school but Miss Ayling-Ellis’s success on Strictly has helped her teachers and friends understand the difficulties she faces when dancing.

Her mother Justine, 52, said: ‘It’s great seeing a deaf person out there showing the world how she has had to adapt and learn to count the beats of the music.’

Lucie, from Biddulph in Staffordshire, said: ‘I was super excited to see Rose win, she has inspired me to keep going and never give up. ‘I’d love to be a part of Strictly one day, Rose is such a positive role model’. 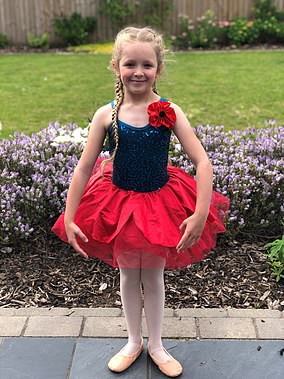 Maya Langley, nine, has been dancing since the age of five and enjoys ballet, street dance, cheerleading and musical theatre.

Maya, whose deafness is moderate to severe, was shocked to see Miss Ayling-Ellis on Strictly with a hearing aid just like hers. Her mother Dayna Langley, 40, said: ‘Straight away when I told Maya [that] Rose was deaf she said, “I can’t believe they have a deaf person on”.

‘She was completely taken aback by that and how amazing Rose was.’

Maya, from Worcester, said: ‘I was so excited to see Rose dance in the final! It made me see that it’s possible to do anything.

‘It was so exciting because there aren’t many deaf people on TV shows that I watch and I like seeing other people on TV with hearing aids.’

Maya is no longer nervous about a dance show she’s performing in next month. Her mother added: ‘She sees the confidence that Rose dances with and realises… that she doesn’t have to be held back because she is the girl onstage wearing the hearing aid.’