The UK’s Mother of Tarantulas owns hundreds of spiders and 70 tarantulas which gave birth to 300 babies this year.

Fiona Evans, 30, from Cardiff is an insurance broker by day but a social media influencer by night, with more than 14,000 followers on her Instagram account The Spare Room.

Her passion for collecting creepy crawlies started two years ago when self-isolating during the pandemic and spending her days watching YouTube.

She said: ‘I’ve been interested in tarantulas all my life, but it was only across the pandemic I started researching it properly and I really got into it. Imagine how you feel when you see a dog that’s how I feel when I see my tarantulas – I love them so much.’ 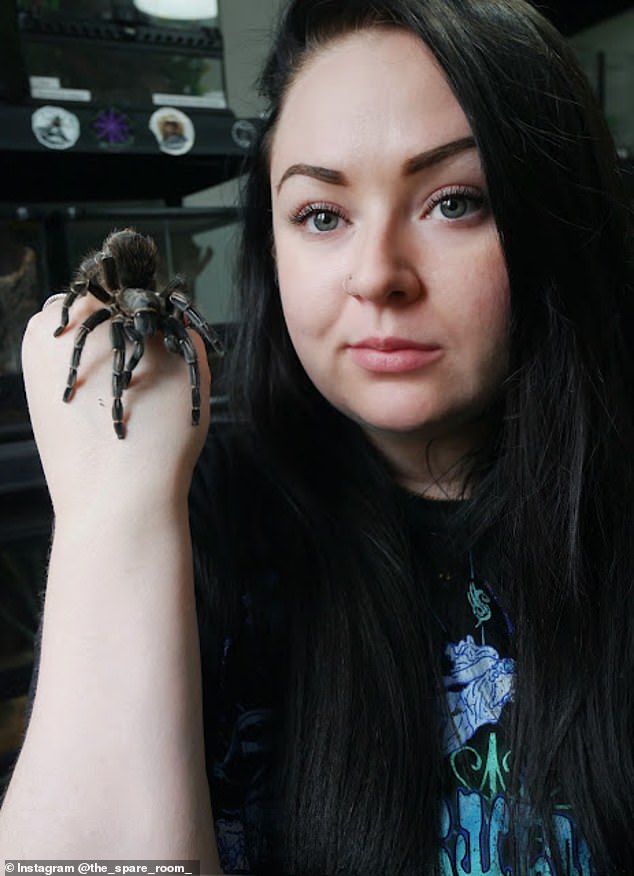 Fiona Evans, 30, from Cardiff owns hundreds of spiders and 70 tarantulas that gave birth to 300 babies earlier on in the year

Since then, Fiona has shared the ups and downs of having so many pets with her online audience. She also teaches people how to look after their tarantulas in the best way.

She added: ‘You’ve got to be careful with the sacks hatching in enclosures otherwise there will be babies everywhere, which is what happened to me last month.

‘I didn’t think they could get out of the enclosure, but they could. I came into the room one day and there were too hanging out the top and so I grabbed them and thought that was it.

‘But then half an hour later my fiancé came in and said, ”what’s that on the ceiling?” and they were literally everywhere. I was literally like ”oh right, my entire roof is made of spiders!” It took me an hour to get them all off.

‘I was finding them for weeks after. One day me and my friends went to see a show and there was one on my handbag. I felt so bad, and I didn’t know what to do! Luckily, there was a clean protein shaker in my car and I put it in there.’

Fiona believes she has now spent more than £5,000 on her tarantulas and their upkeep. 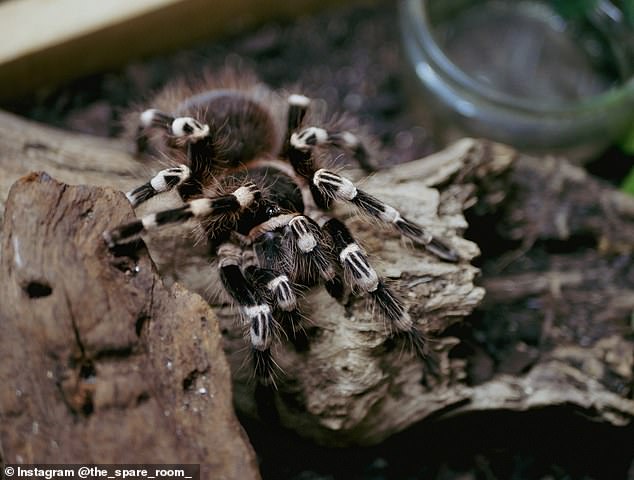 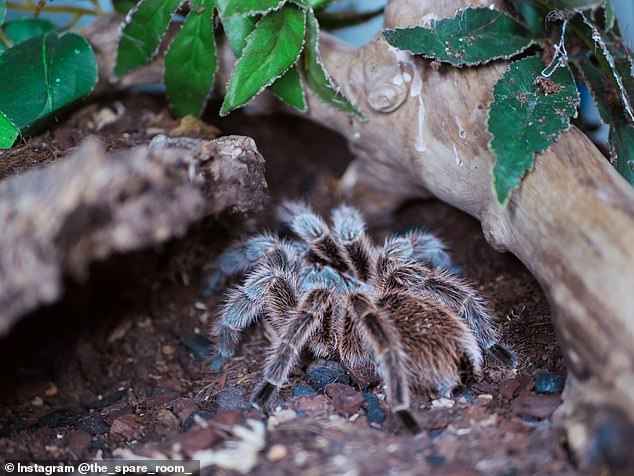 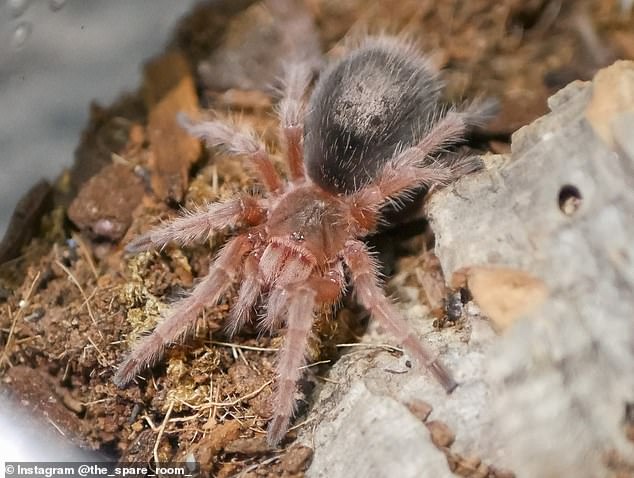 The Instagrammer believes she has now spent over £5,000 on her tarantulas and their upkeep

Tarantulas come in all sorts of shapes and sizes, ranging in price from just £3 to over £700.

Her most venomous tarantula is a known as a Featherleg Baboon. Fiona named this pet Rosa after the Brooklyn Nine-Nine character.

Rosa’s poison could kill a household pet, like a cat or a dog, or even a small child.

‘My favourite is Nyx my Acanthoscuria geniculata. She was the third tarantula I got – my friend gave her to me – but it was one of my bucket list tarantulas so she’s really special to me. They have great personalities. She’s quite aggy at the moment but they’re quite fiery anyway,’ she said.

After receiving around 50 messages each day from other tarantula lovers across the world, Fiona is now looking to further her outreach and answer more questions on YouTube.

She added: ‘I just want to make learning about tarantulas fun. You’ll never catch me putting them on my head or making them crawl out my mouth. These are my children.’ 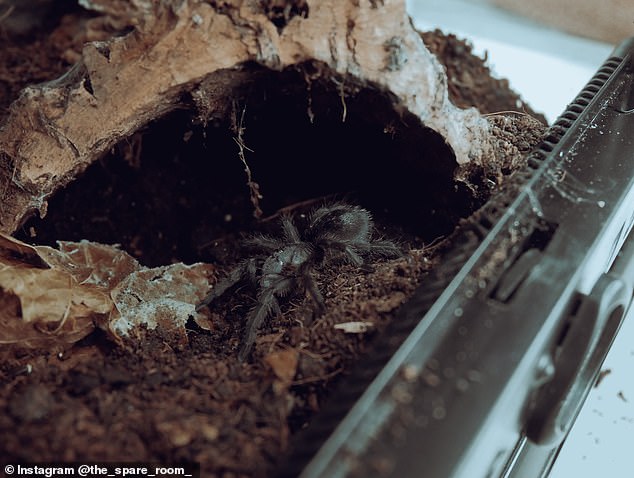 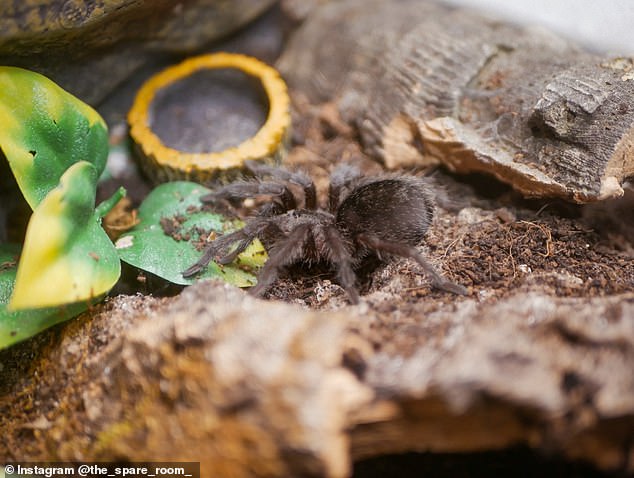 Tarantulas come in all sorts of shapes and sizes, ranging in price from just £3 to over £700