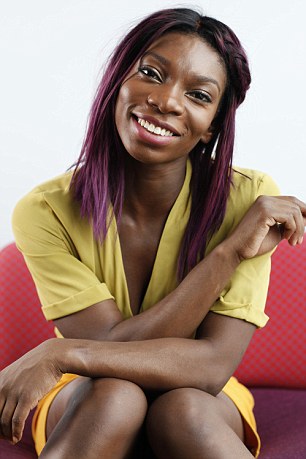 A British actress has told of how she was sexually assaulted by strangers while taking a late-night break from writing.

Michaela Coel, 30, who is due to appear in a hotly awaited BBC show next year, yesterday (WED) revealed her horrific ordeal for the first time.

She told the Edinburgh TV Festival that the harrowing experience had been ‘life changing’ but writing about the episode ‘therapeutic’.

The star, also a playwright and poet, delivered the James MacTaggart Memorial Lecture, the keynote speech of the festival which has been its centrepiece for more than 40 years.

Miss Coel, who wrote and starred in Channel 4 series Chewing Gum, was the first person from a black, Asian or minority ethnic (BAME) background to give the lecture.

She did not reveal details of the production company – and stressed that she was not raped within the offices of the organisation or a member of staff there.

But she revealed she had been in the office overnight to finish a piece of work and took a short break for a drink with a friend.

Many hours later, she ’emerged into consciousness’ typing at her computer.

She said: ‘I had a flashback. It turned out I’d been sexually assaulted by strangers.

‘The first people I called after the police, before my own family, were the producers.’

Of the investigation into the assault, she said a ‘family of television’ had come together around her. 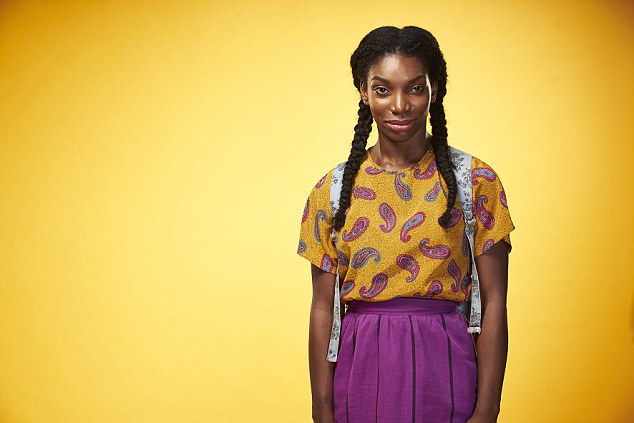 She said: ‘When there are police involved, and footage, of people carrying your sleeping writer into dangerous places, when cuts are found, when there’s blood… what is your job?’.

The production company had also later offered her therapy at a private clinic, she revealed.

Miss Coel said: ‘Like any other experience I’ve found traumatic, it’s been therapeutic to write about it, and actively twist a narrative of pain into one of hope, and even humour.

‘And be able to share it with you, as part of a fictional drama on television, because I think transparency helps.’

Miss Coel also opened up about the racist attacks she had been subjected to during her childhood and at drama school.

She said: ‘I was called a n***** twice in drama school. The first was by a teacher during a ‘walk in the space’ improvisation that had nothing to do with race.

‘Oi, n*****, what you got for me?’…’ Miss Coel’s speech came hours after the BBC confirmed that she will write and star in a new drama that will explore the issue of sexual consent.

She has appeared in Channel 4 drama Top Boy, and held leading roles at the National Theatre.

She will next feature in BBC mini-series called Black Earth Rising, opposite American actor John Goodman.