A migrant trying to speak to the Press at the Manston immigration processing centre was pinned against a fence and dragged out of view yesterday.

A photographer was taking pictures at the Kent site when a man inside started shouting ‘help’ repeatedly and waving towards the cameras.

He claimed he had been at the site for 30 days. Staff asked him to stop shouting but he continued to yell.

Photographers took pictures as the man was then pinned against a fence by four or five staff members before being dragged away from the cameras. 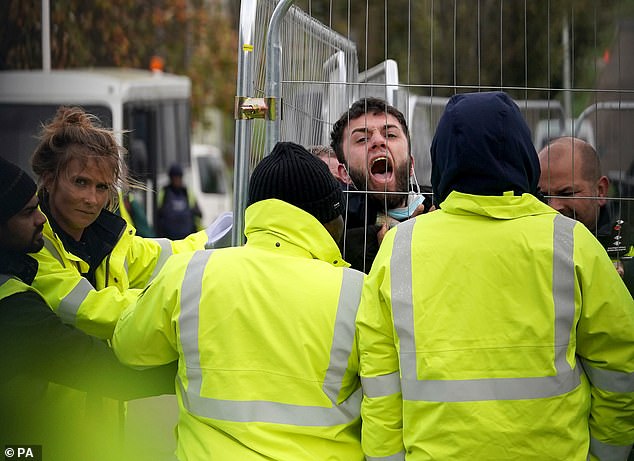 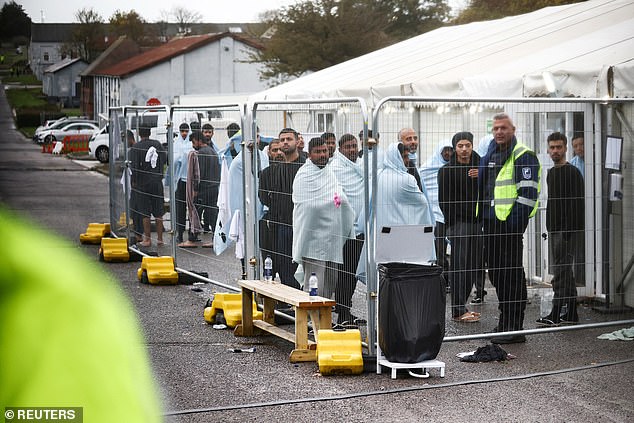 One local, who was walking past when the incident happened and wanted to remain anonymous, said he felt for the staff working there as he claimed the migrants inside ‘play up’ when they know journalists are outside.

The incident occurred shortly after a group of MPs from three parliamentary committees visited the site after concerns were raised about overcrowding.

The site is now back to a safe occupancy level of 1,600 people after reaching a high of 4,000 last week.

A Home Office spokesman said: ‘The Home Secretary has taken urgent decisions to alleviate issues at Manston… thanks to our hard-working staff, Manston remains resourced and equipped to process people securely and keep the public safe while we find alternative accommodation as soon as possible.’