Chris Philp said it was ‘morally reprehensible’ not to remove such material very quickly, as he faced questions from MPs about cross-channel immigration.

The Immigration Compliance Minister said social media giants had an ‘obligation’ to help prevent people from making the hazardous and dangerous journey from France.

And he threatened to name-and-shame businesses that did not comply in the future if there were no improvements.

His appearance in front of the Home Affairs Committee came after Home Secretary Priti Patel signed an agreement with France’s Interior Minister Gerald Darmanin on Saturday to double the number of officers patrolling beaches on the Channel coast.

They pledged to make the route ‘completely unviable’ for people smuggling gangs with a deal that will see the UK pay £28million.

Mr Philp told the committee today: ‘Where law enforcement agencies like the NCA (National Crime Agency) point to material which is inciting illegal activity or is effectively acting as marketing material for ruthless people-smugglers, then social media companies are under a moral obligation to take that material down very quickly.

‘If it turns out that the social media companies are continuing to behave in this way, it is something which I will be raising directly with them.’

He added: ‘I would certainly be prepared to name companies in future who are not acting in a proper manner. 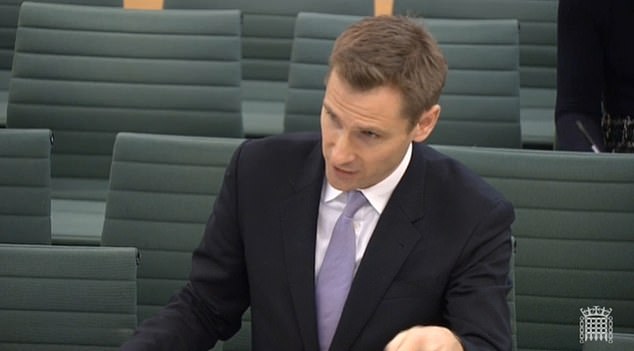 Chris Philp said it was ‘morally reprehensible’ not to remove such material very quickly, as he faced questions from MPs about cross-channel immigration 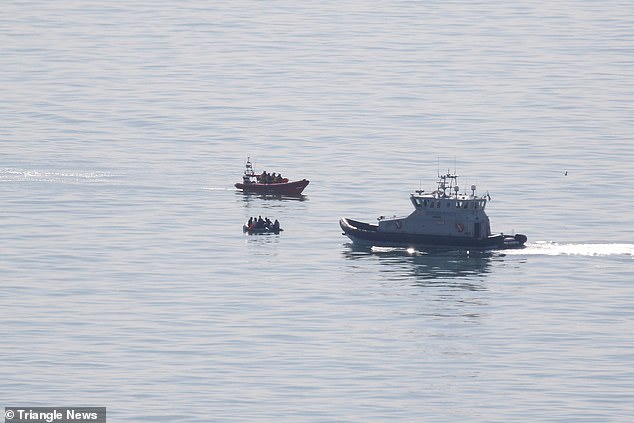 ‘It is morally reprehensible for social media companies to leave this material online when it is acting as marketing collateral for criminals.

‘They aren’t going far enough in my view, they sometimes hide behind procedure and policy where common sense would dictate they should take a different course of action.’

He also accused people-smugglers of weaving fanciful stories of livfe in Britain to lure people in to leaving France, often paying large sums to travel in unsafe small boats.

He told MPs: ‘Very often they will tell migrants things which are not true about life in the UK, making out that it’s totally different to France and Germany – which in practice, it isn’t really – in order to persuade people to make these dangerous crossings, in order to relieve them of large amounts of money.’

Mr Philp also revealed French authorities are refusing to intercept migrant boats heading for Britain once they are in the English Channel, despite receiving millions of pounds of UK taxpayers cash to cut off the route.

He admitted Ms Patel’s deal would not affect migrants who manage to get their often ramshackle vessels into the water because of the French ‘operational posture’.

Tory MP Tim Loughton asked: ‘Is it not the case that no agreement still has been reached with the French government about the French government proactively turning back the boats, intercepting them, once they get into the water, and without that we will still continue to see a flow of people taking their chances at the hands of people smugglers coming across the channel in those small boats in whatever numbers?’

Mr Philp replied: ‘That is currently correct. The French operational posture on the water is that they don’t forcibly intercept migrant boats.

‘They will rescue them if they start sinking and if migrants request assistance. But they do not currently forcibly intercept migrant boats while in French waters.’