Take your time! More than 30 elk bring traffic to a standstill as they cross road VERY slowly in the Smoky Mountains

This is the incredible moment a herd of elk cross the road in the Smoky Mountains and bring traffic to a standstill.

Barbara Griffin had been driving across the famous mountain range, which lies along the Tennessee–North Carolina border, when she saw more than 30 elk slowly making their way across the road.

Footage shows vehicles come to a halt and a traffic jam begin to form as the animals take their time making the crossing. 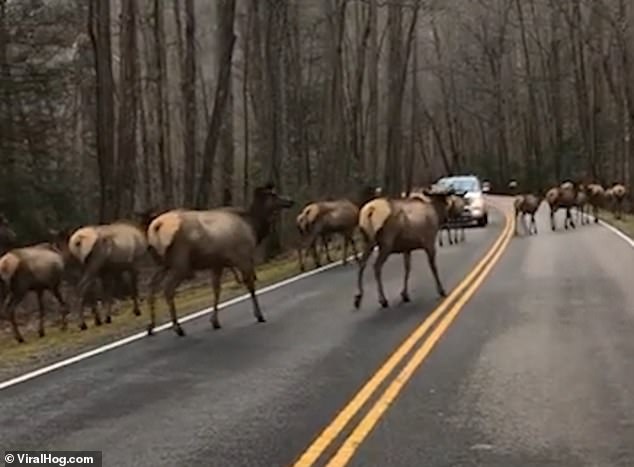 During the clip, the elk slowly follow each other across the road as drivers stop their cars and patiently wait.

The herd continue to make their way across the crossing at a leisurely pace as one motorist is spotted getting out of their vehicle to capture the incredible scenes.

Social media users were left amazed by the scenes, with one person saying it was a ‘sight to behold’.

One user wrote: ‘This is great. They have been hunted so much that seeing this many in our state again is a wonderful sight.’

While another person commented: ‘That’s really a sight to behold.’ 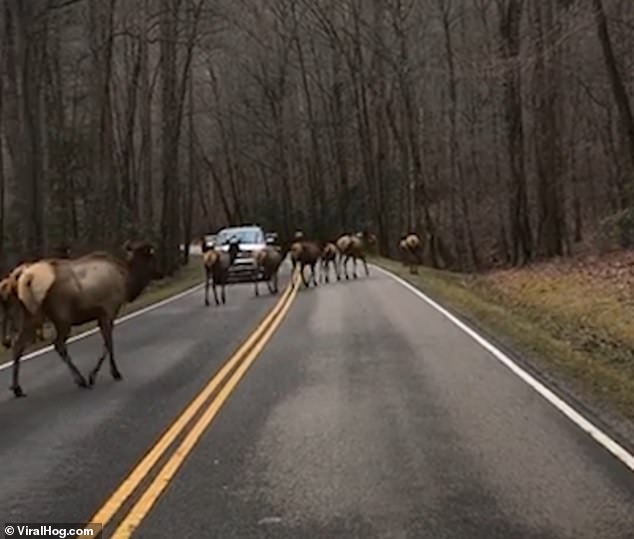 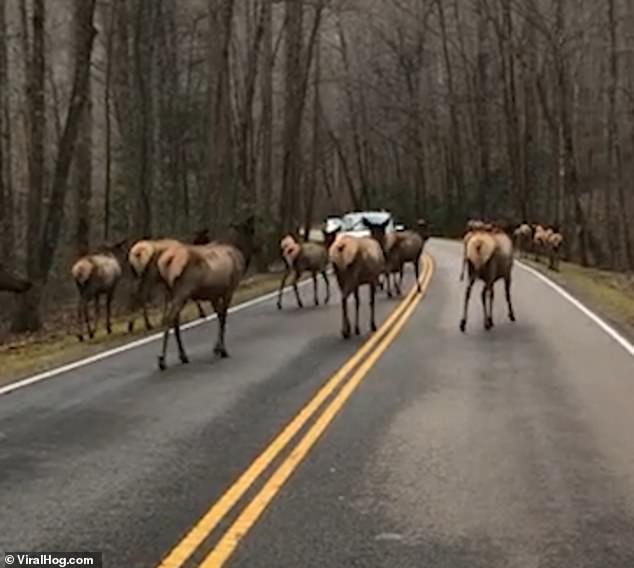 Elk were once found across much of North America but most of their population was eliminated from the region due to hunting and loss of habitat.

Today, the animals, that are also called wapiti, are found in western North America and some states along the east coast have also reintroduced small herds back into the area.

In 2001, the Smoky Mountains National Park saw 25 elk reintroduced to the area as part of a trial and in 2002 the park imported another 27 animals.

Social media users were left stunned by the scenes, with one person calling it a ‘wonderful sight’