It took Diane Reid a staggering nine attempts at fertility treatment – culminating in a trip to a Spanish fertility clinic – before her daughter Jessica was finally born.

Jessica celebrated her third birthday last week, and now Miss Reid says she would love to have another baby. 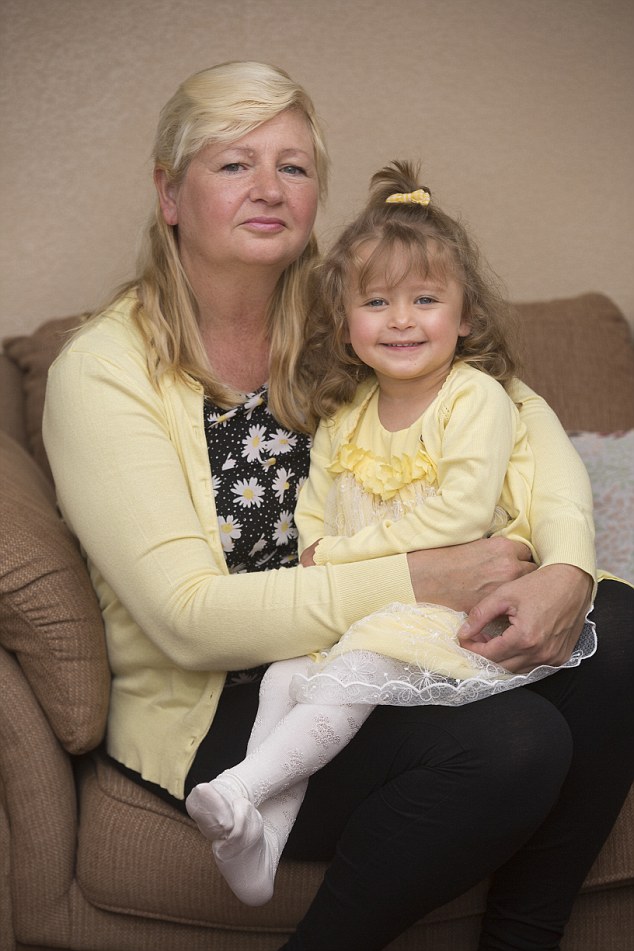 Single mum Miss Reid, who works for the NHS sterilising operating theatre equipment, said: ‘It was the best decision I ever made to have my daughter.

Miss Reid first started trying for a baby when she was 36. But after 12 months passed without her becoming pregnant, she went to the doctor, who referred her for IVF treatment.

She had a first attempt at the Princess Royal Hospital in Hull and three embryos were implanted, but failed.

She said: ‘It was really upsetting when that first attempt didn’t work, as I had been so hoping that it would. I still had nine embryos in the freezer so I was confident that with another go, it would work.’ 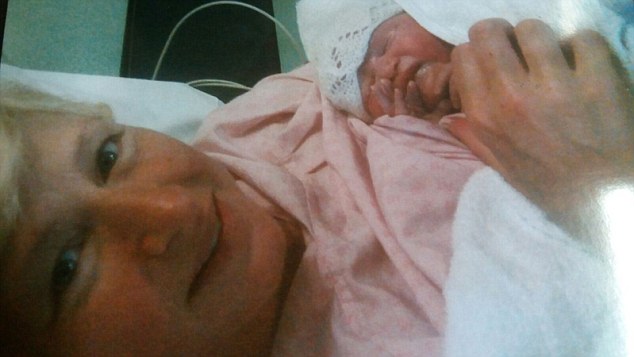 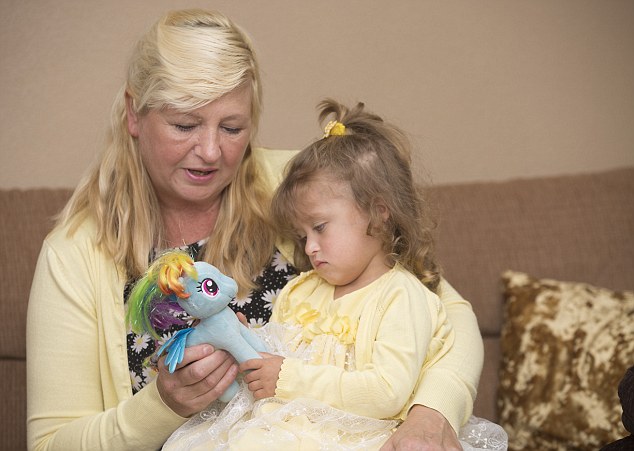 Miss Reid (pictured with Jessica) began trying for a baby at 36, and was referred for IVF by her doctor after just 12 months

But Miss Reid had another three attempts with her remaining nine frozen embryos – having three embryos defrosted and implanted each time – and they all failed.

She said: ‘It was heartbreaking when they all failed, one after the other. I was getting desperate as it had cost me such a lot so far.’

Miss Reid saved up more money and at 40, she embarked on her fifth attempt, this time at CARE Fertility in Sheffield.

On this occasion she used donor eggs, as her age meant that it was unlikely that her own would succeed.

She said: ‘I was really excited for this attempt. I was using donor eggs, so I was so hopeful that it would work.

‘Three eggs were fertilised with donor sperm, but none of them survived long enough to be used. It was devastating.’

She had a sixth attempt again using donor eggs, which failed again. On her seventh attempt she finally got pregnant – before having a miscarriage at seven weeks.

She said: ‘I had been so thrilled when I thought it had finally worked at last. So to lose the baby early into the pregnancy was heartbreaking for me.’ 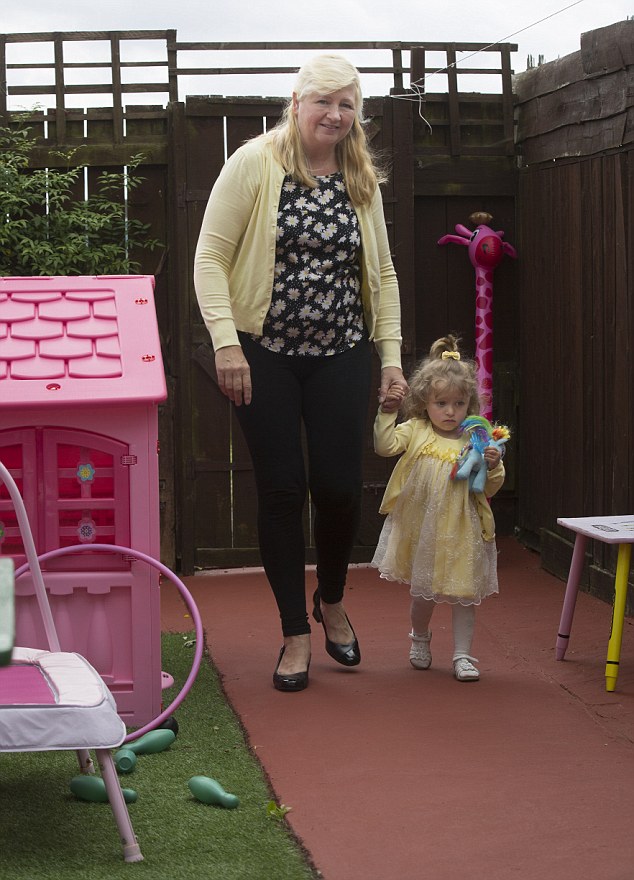 Miss Reid then had her eighth attempt and again got pregnant, but lost the baby at six weeks.

The oldest mother in Britain is Elizabeth Adeney, who as a childless divorcee gave birth at 66 in 2009 following IVF treatment in the Ukraine.

The businesswoman, from Lidgate, near Newmarket, was heavily criticised for her choice but said: ‘I don’t have to defend what I’ve done. It’s between me, my baby and no one else.’

The previous record holder was Patricia Rashbrook, who gave birth at 62 in 2006 following IVF. The child psychologist, from Lewes, East Sussex, and her husband John had travelled to the former Soviet Republic for IVF treatment.

The world’s oldest natural conception was retired civil servant Dawn Brooke, of Guernsey, at 58. She initially feared that her aches, cravings and exhaustion were signs of cancer.

In 2006, Carmela Bousada, of Barcelona, Spain, took the world record for the oldest mother when she gave birth to twins a week before her 67th birthday.

The former shop worker was said to have lied about her age to get IVF treatment in America. She died two years later of cancer.

Looking online, she found a clinic in Alicante, Spain that would treat her. She flew out in 2014 and had more embryos created using donor eggs and sperm. This time, the treatment was successful.

She said: ‘I was thrilled to be pregnant, [but] nervous in case I lost the baby again.’ However, her pregnancy progressed smoothly and she gave birth to Jessica in June 2015 at Hull Royal Infirmary.

Miss Reid said: ‘It had taken 16 years and cost me £30,000 and eventually I was a mother at last. It was so amazing to finally hold my daughter in my arms after such a journey. We stayed in hospital for just four days.’

Miss Reid says she would love to have another baby if she could afford another cycle of IVF, adding: ‘The clinic in Spain wouldn’t treat me again because of my age now, so I would have to go a clinic in the Ukraine or Greece.

‘The age where women can be treated at fertility clinics in the UK should be raised, as I believe women are missing out.’

In the NHS, most areas fund treatment for women up to the age of 42.

Miss Reid says that despite being mistaken for Jessica’s grandmother, she wouldn’t change anything, adding: ‘I work part-time and Jessica goes to nursery. I’m a single mother and it is hard work. But it is the most wonderful thing in the world to be a mother at last.’