Carlos Benitez-Hernandez, 21, was arrested in the death of a teen whose remains were found on Wednesday.

A “self-admitted” MS-13 gang member with a violent criminal history was charged in the murder of a teen whose remains were found in New York a year after he was "viciously and barbarically" killed, officials said.

Carlos Benitez-Hernandez, 21, was arraigned Thursday on a second-degree murder charge in connection with the death of a teen, who authorities did not identify. Benitez-Hernandez was arrested Wednesday after authorities uncovered human remains in a shallow grave in East Meadow on Long Island.

The gang member was already in federal custody due to an immigration issue at the time of his arrest. U.S. Immigration and Customs Enforcement has not returned Fox News’s request for information.

Nassau County Police Department Det. Lt. Stephen Fitzpatrick said in a Thursday news conference that authorities believe the motive for the killing is the “gang’s displeasure” with the teen’s actions. 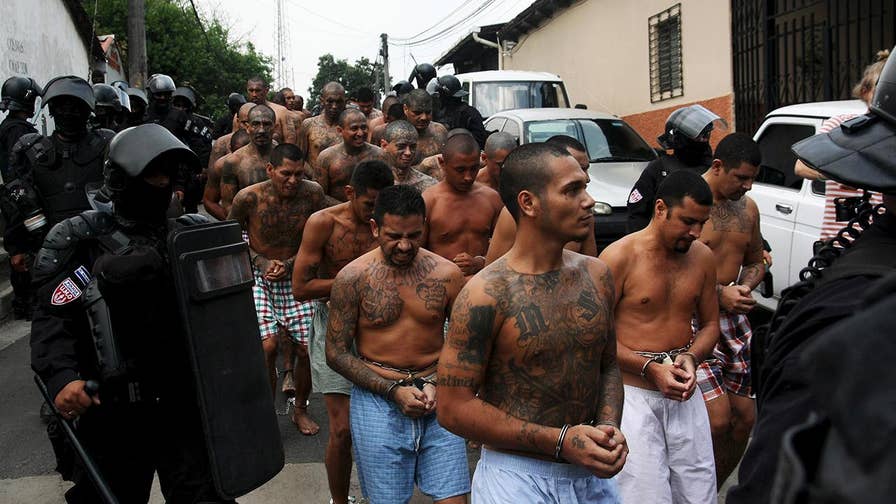 MS-13 is associated with a spate of brutal and violent killings. How did the gang originate, and how widespread are its members?

“It’s more gang’s displeasure with his actions within the group, or it was something that they felt disrespectful to them or a threat to them,” Fitzpatrick said.

Benitez-Hernandez is believed to have killed the teen about a year ago by using a machete or cutting instruments to stab him multiple times — the usual violent techniques by MS-13 gang members, according to Fitzpatrick. The gang is also known to kill people in wooded areas.

Authorities believe there are at least five MS-13 gang members linked to the slaying.

Benitez-Hernandez on Thursday pleaded not guilty to the murder charge, Newsday reported.

Katherine Lam is a breaking and trending news digital producer for Fox News. Follow her on Twitter at @bykatherinelam