Joanne Louise Smith, 40, got behind the wheel after furious parents confronted her and her lover romping in Leeds, West Yorks. 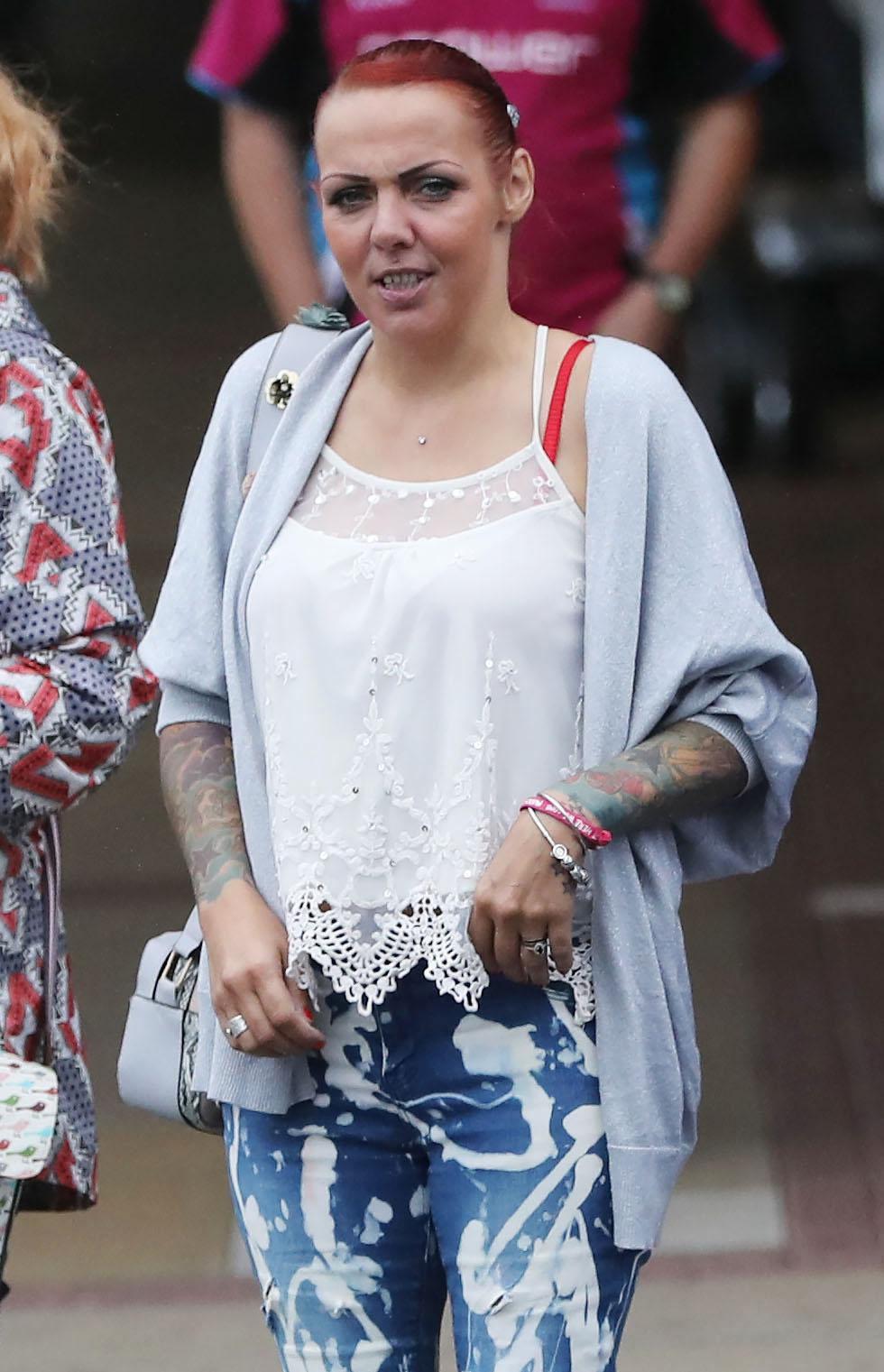 Disgusted parents called 999 as boozed-up Smith, who was almost three times over the drink-drive limit, had sex as kids played cricket.

A stunned witness filmed the x-rated session until one dad  strode up to the couple and belted the man around the head.

This caused Smith and her "partner" to stop and drive away in her blue Honda Civic. 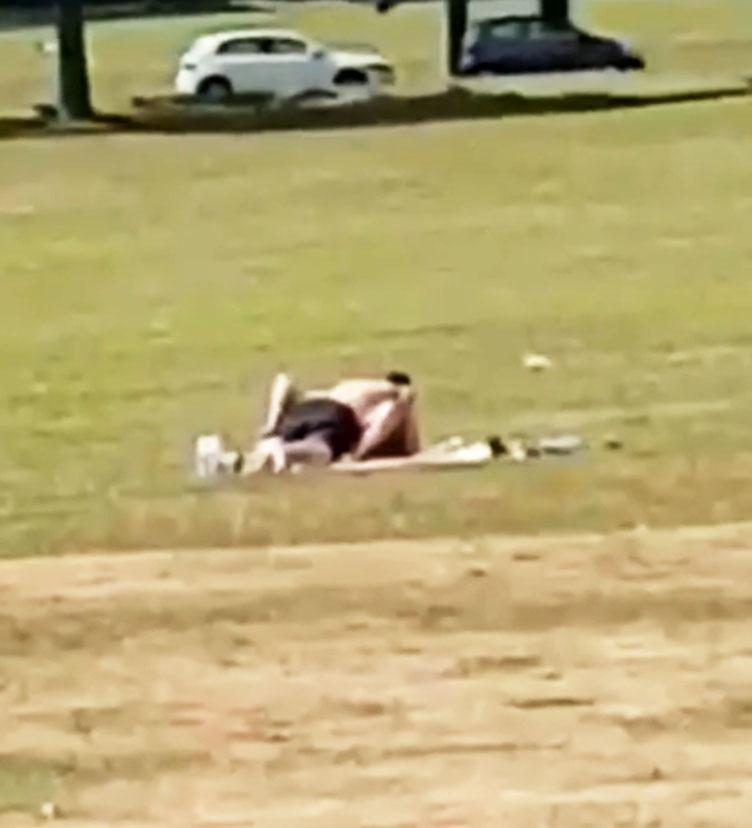 Prosecutor Miss Toni McCann said there had been a report of a fight and the officers were directed to the Honda Civic, which was being driven away.

They followed her around the edge of the park before she pulled into Mansion Lane at about 2.40pm.

Miss McCann told the court: “She said she had drunk two cans of Guinness whilst at Roundhay Park with her partner, who was the male passenger in the car."
Smith was three times over the legal drink-drive limit.

She blew 102 micrograms of alcohol in 100 millilitres of breath. The legal limit is 35.

Smith, who lives with her son, aged 21, and her 13 year old daughter, pleaded guilty to driving over the prescribed alcohol limit at an earlier court hearing and was sentenced on Monday. 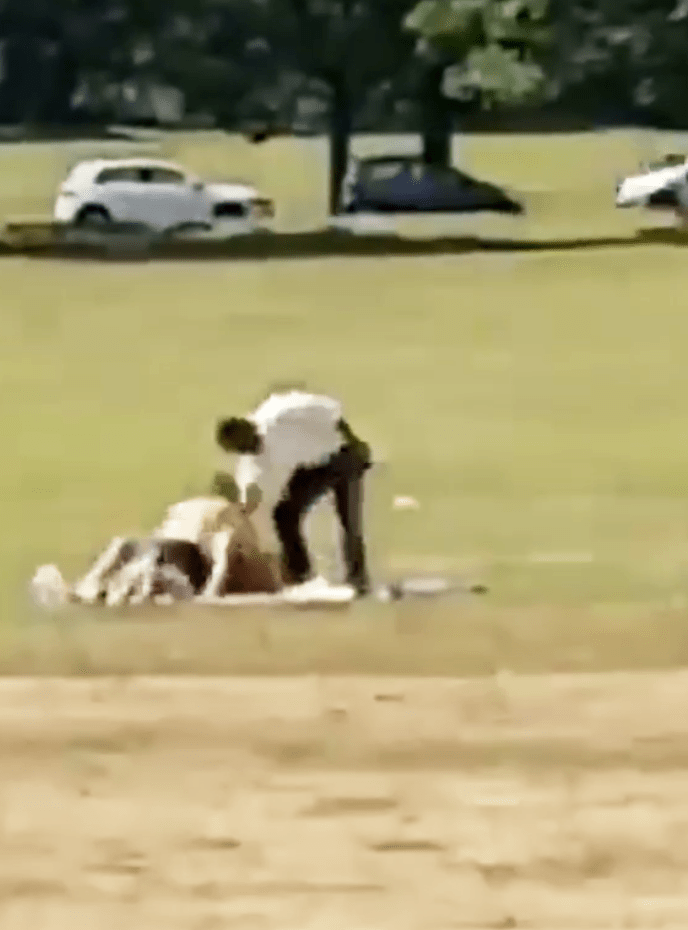 A probation officer told the court Smith, who was not represented by a lawyer in court, said she had been drinking the night before and she was on medication, which she believed may have affected the high reading.

Magistrates banned Smith from driving for 26 months and handed her a four-month curfew between 9pm to 7am.
She was also ordered to pay £85 court costs and a £85 victim surcharge.

one dad  strode up to the couple and belted the man around the head.

She replies: “Hi, I reported half an hour ago some people having sex in the park in the middle of loads of kids playing cricket and they are now at it again and no police car has turned up yet.” 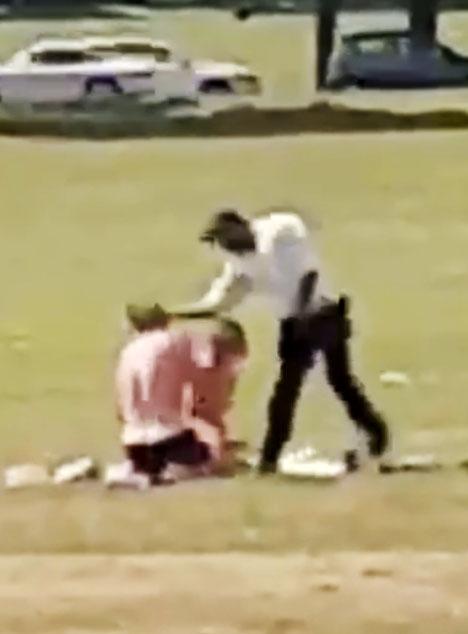 A father can be heard in the background yelling: “It’s like the fifth time now.”

The man continues, seemingly oblivious to the people around them or their shouts for him to stop.

The caller is promised: “We will try and get a unit there as quickly as possible.”

One dad in a white shirt and baseball cap refuses to wait any longer.

He storms over to separate the couple, slapping the half-naked man across the face.

Smith, who appears to be naked, sits up suddenly as the dad points towards a nearby youngster. The lad, wearing his cricket pads, runs towards the scene as the dad gives another slap.

Police admitted they were first called at 1.55pm but did not arrive until 2.41pm — by which time the couple had left.
The court heard she has no previous convictions.