A YOUNG woman who has to have her arms and legs cut open to relieve her from agonising pain says she gets harassed by people who believe she self-harms.

Charlotte Evans, a student from Downderry, has to have her limbs cut in order to relieve tension in her muscles. 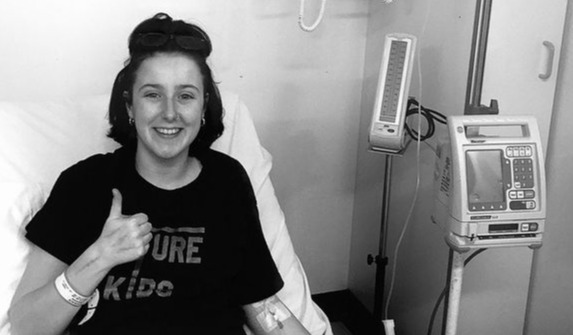 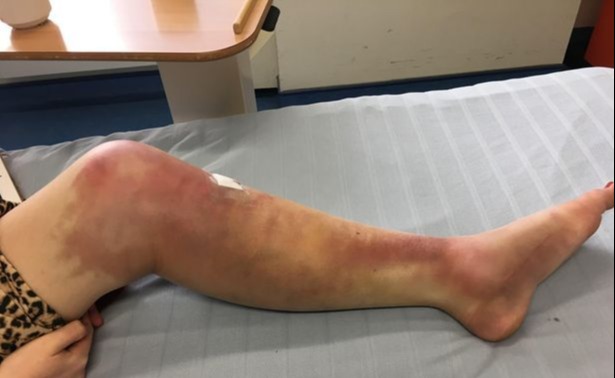 Her illness began when she was 12 after she found a blue lump on her hip and spent the day out of school.

"Mum called the out of hours doctor and he said I might be internal bleeding and told her to call an ambulance," she told Plymouth Herald.

"I was admitted into hospital and spent three weeks there.

"They told me they had no idea why it happened but it would never happen again – boy were they wrong."

Within weeks, Charlotte had her first surgery.

"Because your arms, hands, legs, feet are a smaller area the swelling has nowhere to spread or disperse, so the swelling just gets bigger and bigger," Charlotte added.

"The pressure builds until it cuts off your circulation and damages the muscle and nerves and can lead to loss of limb if the pressure is not released.

"I’ve had swellings in my back where I’ve been paralysed down one leg.”

For treatment, Charlotte regularly has fasciotomy, a surgical procedure where tissue (fascia) is cut in order to alleviate pressure in her muscles.

The wounds are left open for at least three days before they are stitched up again.

She explained: "All those images of my arms and legs open are whilst I’m awake and conscious cause they have to wash out the wound every day it’s quite an unpleasant process."

In total, Charlotte has had 64 surgeries and four transfusions leaving her with a significant amount of scarring.

"For reasons, I can't understand, the majority of people always assume they are from self-harm," she said.

"It's led to years of abuse that has gotten worse the older I am.

“I guess it's more acceptable to harass an adult than a child.

Doctors have been baffled by Charlotte's condition, taking seven years to finally give her a diagnosis of hereditary angioedema.

Charlotte has been told it is an "extremely unusual" case and unlike anyone else in the world.

WHAT is angioedema and what are the symptoms?

Swelling caused by angioedema can develop suddenly or come on gradually over a few hours. It normally lasts a few days.

The swelling most often affects the:

In severe cases, the inside of the throat or bowel can be affected.

Angioedema can have several different causes, but in many cases the exact cause is unknown.

Angioedema is often the result of an allergic reaction.

Rarely, angioedema occurs because of a genetic fault that you inherit from your parents.

The fault affects the gene responsible for the production of a substance called C1 esterase inhibitor. If you don't have enough of this, the immune system can occasionally "misfire" and cause angioedema.

The swelling may happen randomly, or it may be triggered by:

How often the swelling occurs can vary. Some people experience it every week, while in others it may occur less than once a year.

Angioedema caused by a genetic fault is known as hereditary angioedema. If you have it, you have a 1 in 2 chance of passing it on to your children.

Charlotte said she is regularly in pain and is sometimes bed-bound.

"The swellings are extremely painful and debilitating," she said.

“Sometimes they can go on for weeks even months and leave me quite bed-bound.

"My nerves also unfortunately have been damaged from the amount of surgeries and have built up very thick tight scar tissue which restricts movement.

"I’ve lost my life if I’m being honest, I don’t go out, I don’t go anywhere but the hospital, I’m forever missing out on everything."

Recently, Charlotte has publicly shared her experiences online and been overwhelmed by the response.

She said: "I got more of adrenaline rush from this than a lot of my medical procedures, but it’s had an amazing response and it’s encouraged me to think of ways to get the message out to others.

"It’s time we stop fighting with each other and start fighting for each other.

"I’m sorry it’s simple it really is, and people are finally starting to want change we just need to get enough on board with us to want it too and education is everything." 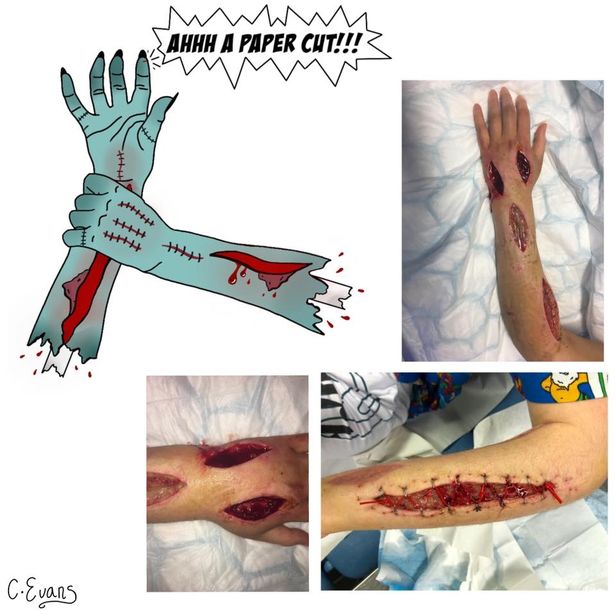 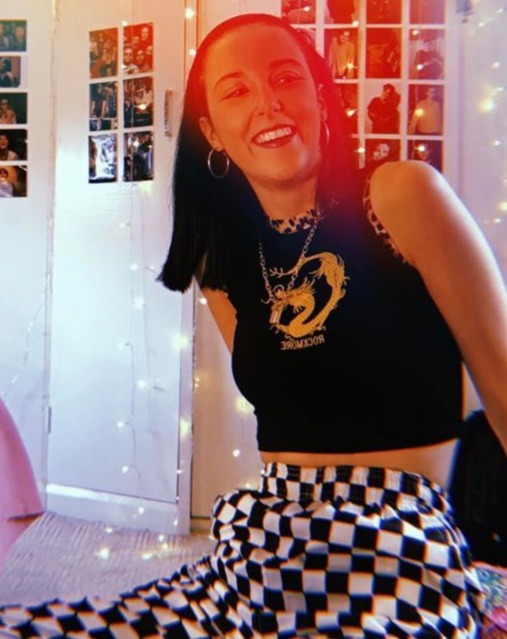