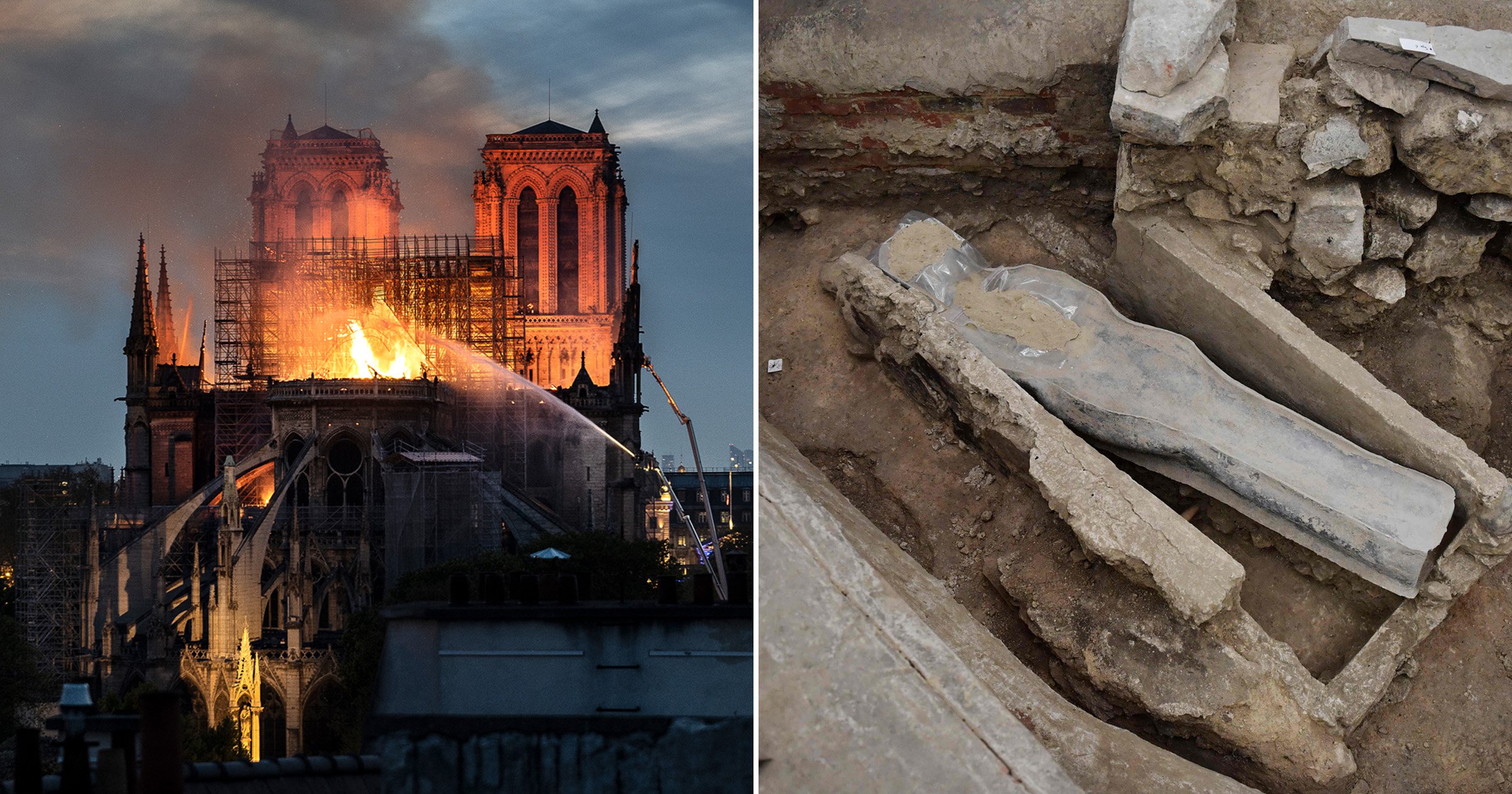 A sarcophagus believed to be from the Middle Ages found buried underneath the Notre Dame cathedral is going to be opened up and studied.

The world was shocked as it watched Paris’ 20th-century Gothic landmark burn in 2019.

France quickly got to work restoring the national treasure and the project has brought on surprises no one would have known about without the fire.

Archaeologists discovered the ancient sarcophagus while they were working on reconstructing the spire last month.

The stone coffin was found 65 feet underground, underneath the brick pipes of a 19-century heating system.

However, the sarcophagus is believed to be much older – possibly from the 14th century.

France’s INRAP national archaeological research institute said yesterday that it is planning to open the sarcophagus up and find out as many details as it can.

The coffin was removed from the cathedral on Tuesday and is being preserved somewhere safe until it can be transported to the Institute of Forensic Medicine in the southwestern city of Toulouse. 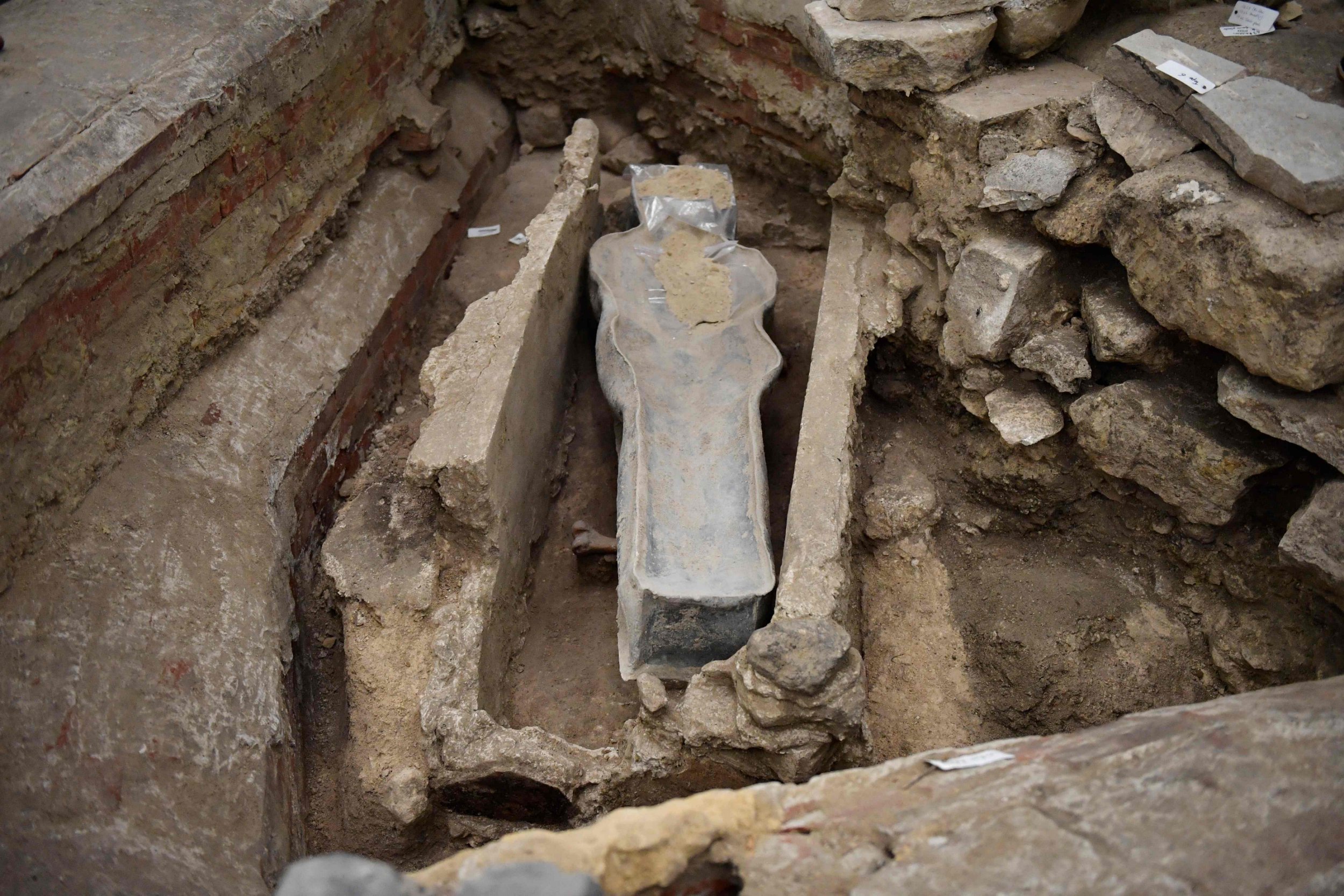 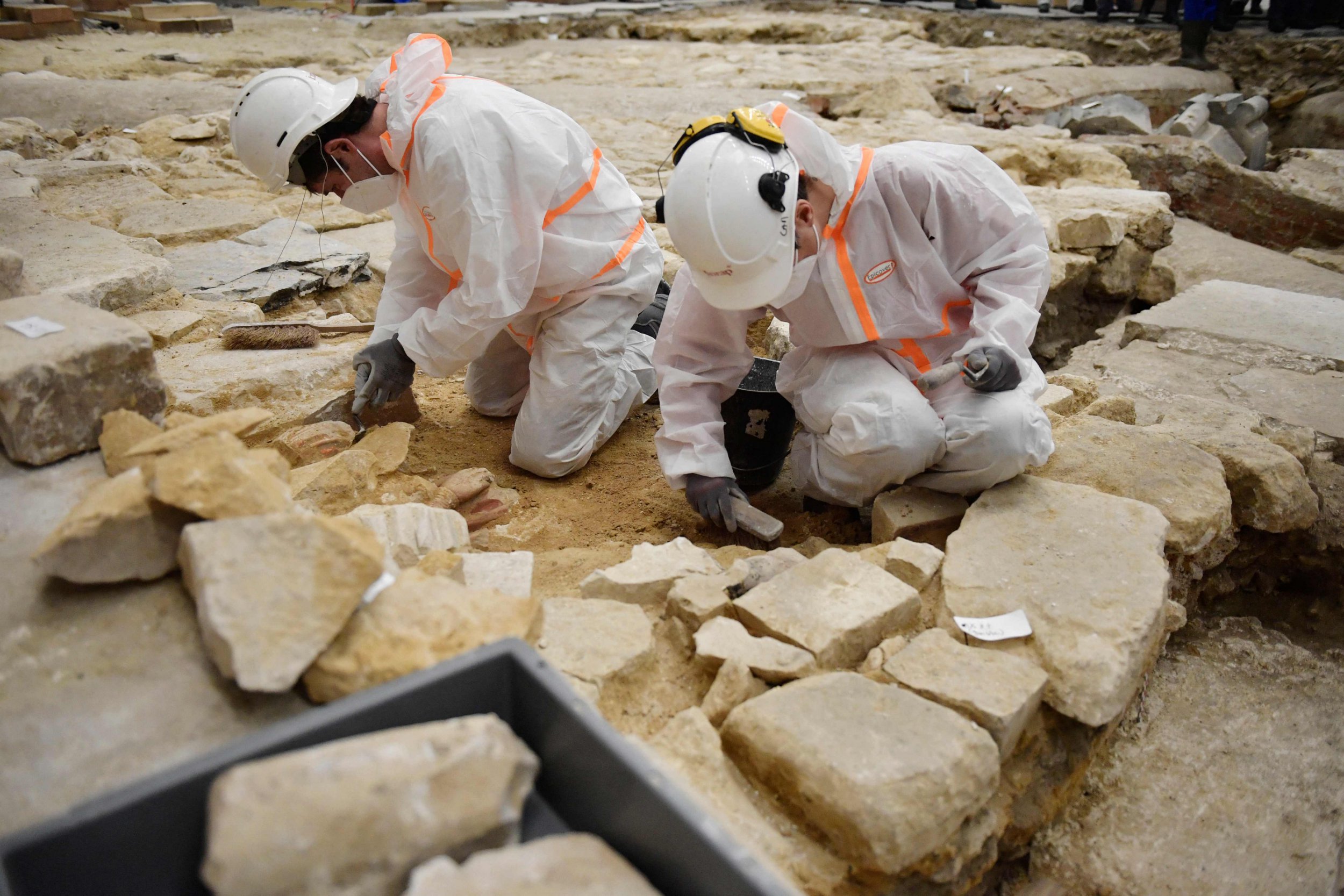 Lead archaeologist Christophe Besnier told a press conference his team would work to identify the dead body’s sex, state of health and even social status.

Whilst carbon dating will determine all the biological facts, the team will study the way the person was buried to determine their class.

It is already believed that the person was fairly elite – given the place and style of their burial.

If this is true, the person’s name should appear on the register of the burials of the diocese.

But INRAP’s head, Dominique Garcia, made sure to emphasise the body would be treated with all the respect any other human body would.

He said: ‘A human body is not an archaeological object. As human remains, the civil code applies and archaeologists will study it as such.’

It is still being decided whether the sarcophagus will be returned to the Notre Dame cathedral once it has been rebuilt.