Rosie Perez had a grievance she wanted to get off her chest Thursday during The Daily Show With Trevor Noah. Apparently her White Men Can’t Jumpreunion with co-stars Wesley Snipes and Woody Harrelson at the Oscars didn’t go as she had hoped.

“You were one of my favorite moments of the Oscars, that scene of the reunion of the cast of White Men Can't Jump, that was cool to see on stage.” host Trevor Noah said.

“I was pissed off at them,” Perez replied. “ Because I just said to them, ‘I have a train, just pick it up … fluff it, let it go and let me walk out.’ They said, ‘OK.’ And then I see on the playback they were holding it the whole time.” 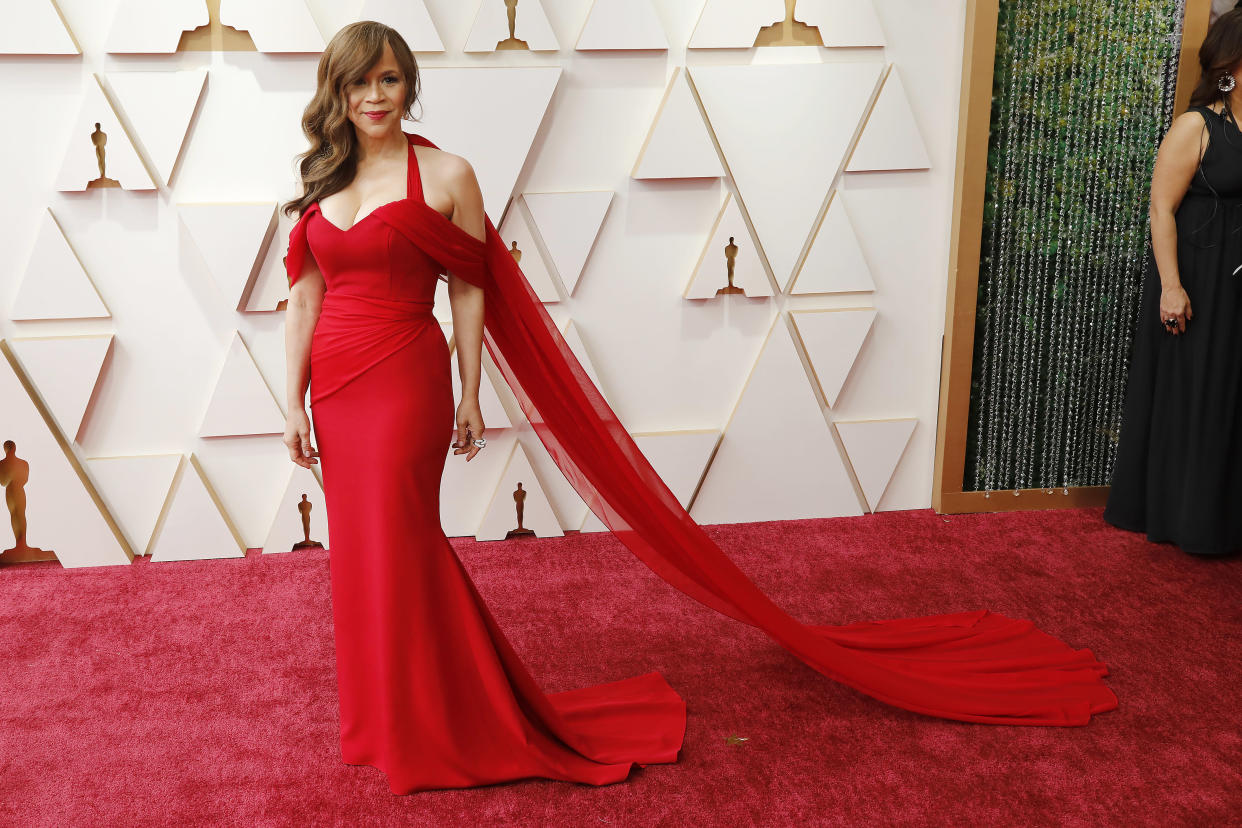 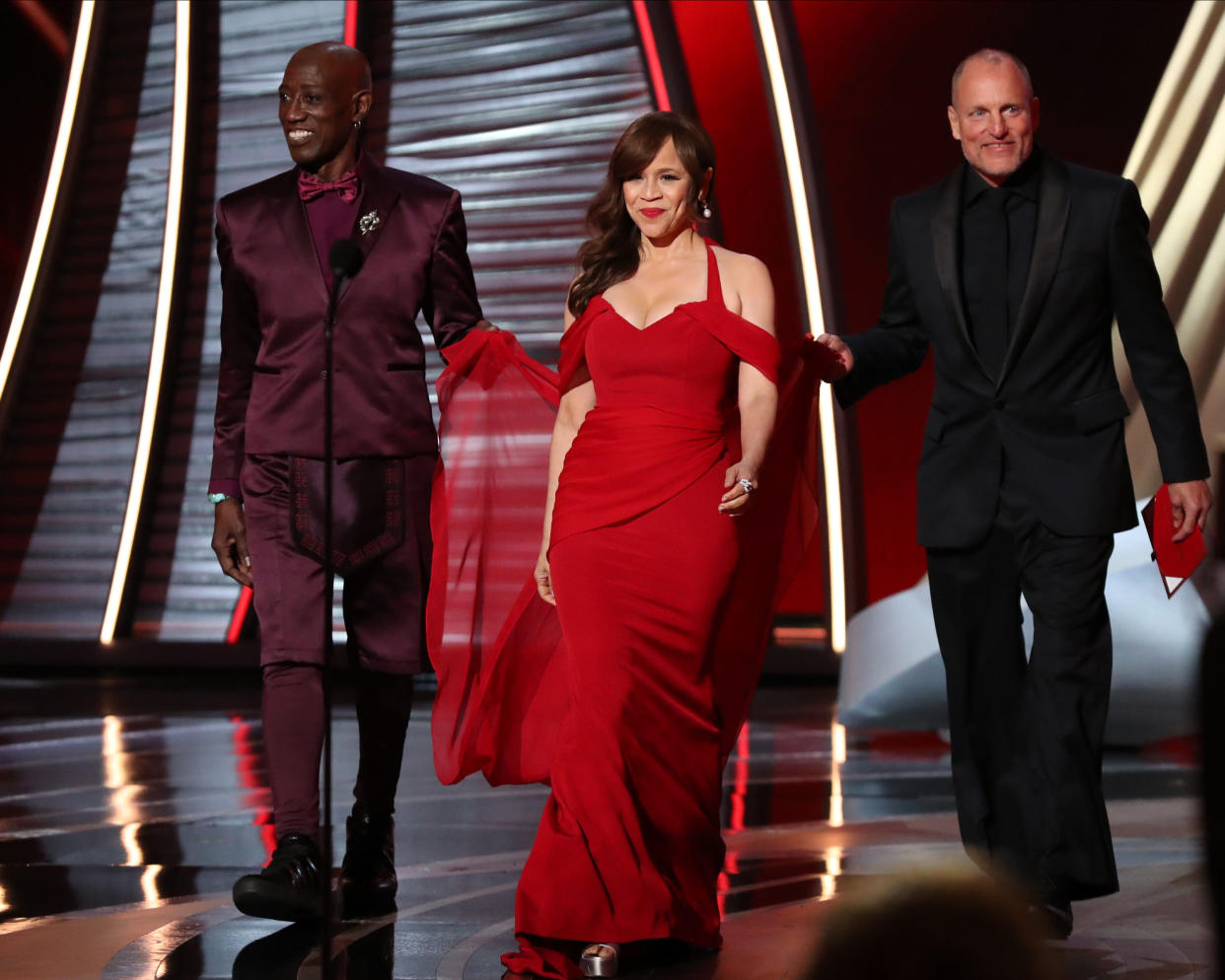 While Perez’s train looked stunning on the red carpet, she argued it looked less stunning being carried behind her to the podium, as well as when she walked back offstage. As for why they did it, Perez has a few ideas.

“They were high off their asses.” Perez explained.

“I thought that was a joke, no?” asked Noah.

See why 'Wheel of Fortune’ fans were shocked by Pat Sajak’s ‘in the buff’ question for Vanna White: