The NBA is an increasingly global game, and sometimes that means its MVP award is going to be presented in a Serbian horse stable.

Denver Nuggets center Nikola Jokic was named the 2021-22 NBA MVP on Wednesday, his second straight win, after carrying his team to the playoffs despite injuries to multiple All-Stars. Jokic was presented his trophy while with his family in his native Serbia, and they decided to have a little fun with it.

The famously horse-loving Jokic was carted into a horse stable where his family and friends waited to celebrate his win with some "M-V-P" chants (video above).

In the evening, Jokic spoke with TNT's Ernie Johnson about the award, complete with a stationary horse lurking in the background.

"First time in NBA History that a KIA MVP honor has been given out in a Serbian horse stable."

We're gonna take a guess that you're right, @TurnerSportsEJ 🤣 pic.twitter.com/v5RZrEQbi3

The horse wasn't the only animal on hand, as a dog started audibly gagging off-screen. Yes, this is an odd way to accept an MVP award, but it seems oddly fitting for Jokic.

A dog starts choking off screen as 2X NBA MVP Nikola Jokic, in front of his horses stable, tells the TNT crew that he's "Not flashy". Our king. #MileHighBasketballpic.twitter.com/c5aLAdnb9c

Jokic's win wound up being not as close as you'd think given the level of online shouting in the run-up to the award.

Jokic averaged 27.1 points, 13.5 rebounds, 7.1 assists and 1.5 steals per game on 58.3 percent shooting from the field (33.7 percent from deep). By most comprehensive advanced metrics, including player efficiency rating, win shares, box plus/minus, value over replacement player, FiveThirtyEight's RAPTOR and ESPN's real plus/minus, he was the most valuable player in the league.

That seemed to matter to Jokic, or at least it will in the future.

"When I'm old, fat and grumpy… I'm going to tell my kids back in the day I was really good playing basketball."

Nikola Jokic caught up with @TurnerSportsEJ after winning his 2nd consecutive #KiaMVPpic.twitter.com/ZtxhzwnCNd 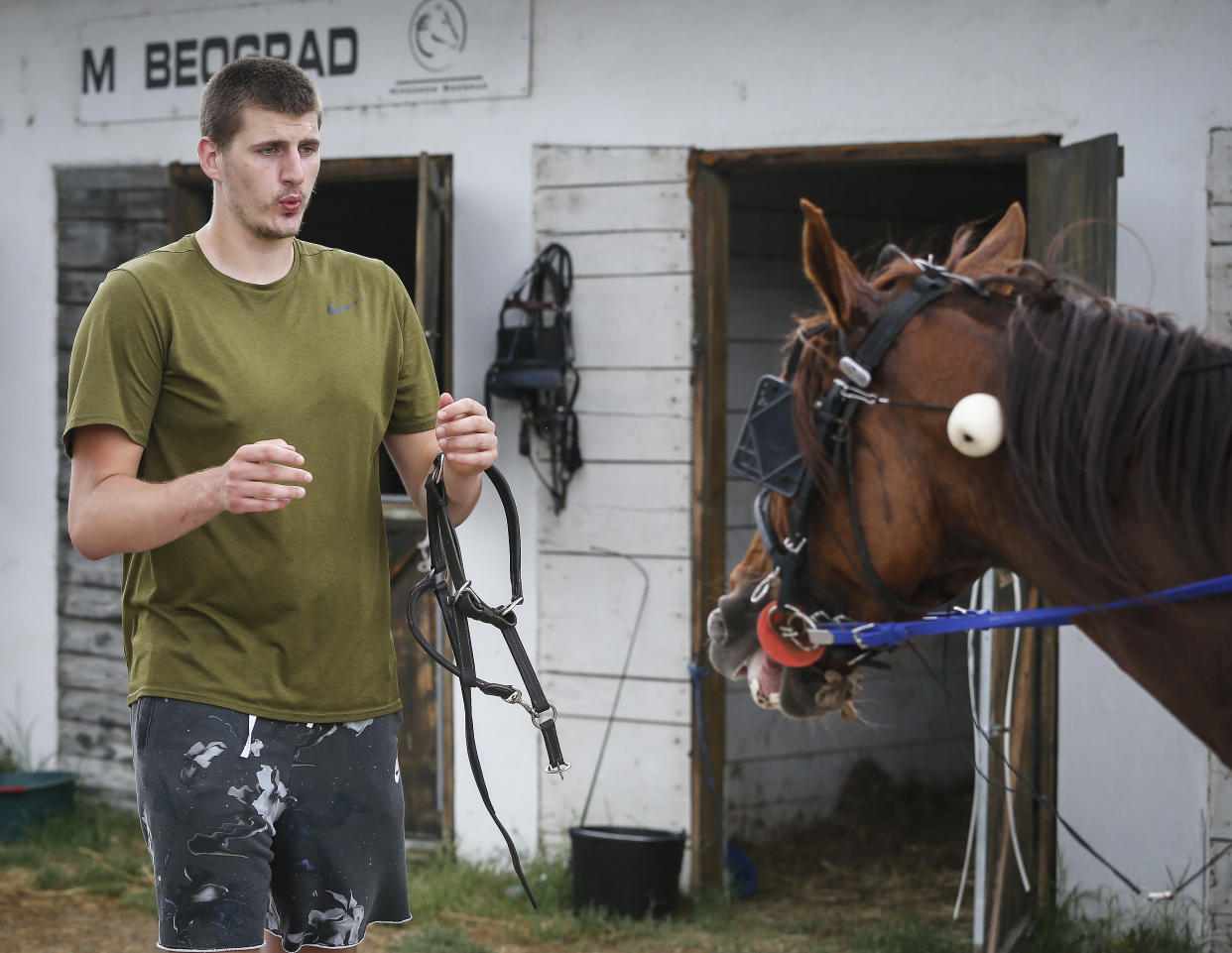