Home » World News » Why was Roe v. Wade never codified in Congress? Democrats since Clinton 'kind of dropped it'

The moment seemed ideal for abortion-rights advocates – with a newly elected Democratic president and Democratic control of the Senate and House, liberals set their sights on passing a law to protect women’s right to terminate pregnancies.

The Supreme Court had ruled it a constitutional right in Roe v. Wade in 1973, but women’s rights organizations and lawmakers wanted to make it clear in U.S. law that states would be prohibited from placing restrictions on that right.

Democrats introduced the Freedom of Choice Act in January 1993 and within six months, it was amended, passed out of committee, and teed up for passage in the House and Senate before heading to President Bill Clinton’s desk for his signature.

Then Democratic support for the bill buckled and splintered.

Some supporters said it didn’t include enough protections for teenagers and the poor. Others said it at least advanced the cause. The measure died. It would be the last time Democrats pushed such legislation that far.

“After that, they kind of dropped it,” said Michele Swers, a Georgetown University professor who has researched policymaking on women’s issues and abortion voting in Congress.

Democrats next held a similar majority in Congress in 2009 under President Barack Obama, but the effort to codify Roe never came to fruition then either.

In large part, experts say, the right to an abortion has never been codified into law because there was a sense among supportive lawmakers and advocates that Roe was decided and upheld by the Supreme Court — that passing a law to protect the right was not needed.

“I think people felt as though it was pretty much settled,” said Scott Ainsworth, political science professor at the University of Georgia and coauthor of the book Abortion Politics in Congress. Beyond that, he and other experts say, there haven’t been enough votes to get it over the finish line — a “huge, huge, lift,” Ainsworth said.

Democrats tried again Wednesday after a draft Supreme Court opinion that would overturn Roe was leaked last week, sparking worries among abortion-rights advocates that the right to abortion was at risk. The effort to turn the ruling into the law of the land failed as expected. 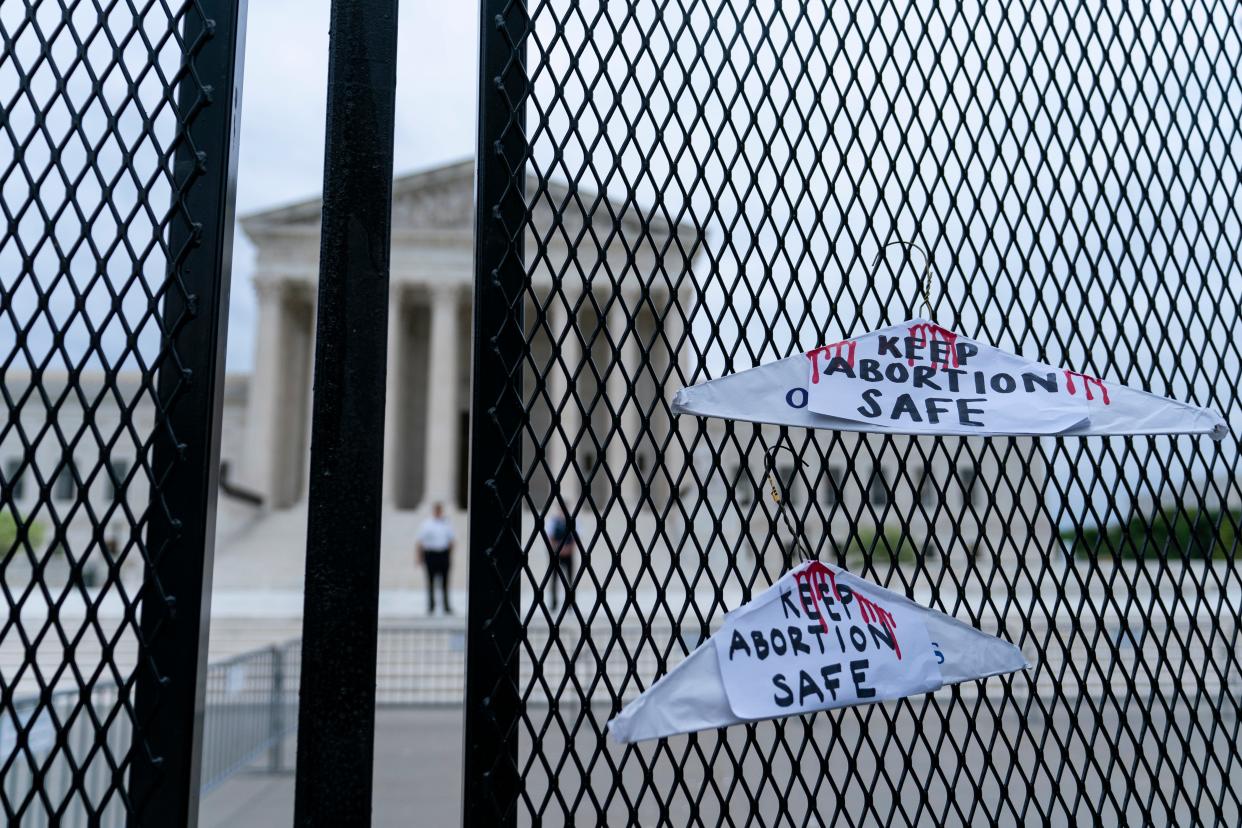 Wednesday's attempt was just the latest chapter in a decades-long struggle to grapple with policymaking on abortion. But given the stakes, it could be one of the most consequential. If Roe is overturned, half the states are certain or likely to ban abortion, according to the Guttmacher Institute, a research organization dedicated to reproductive rights.

“This is truly a momentous moment in the party's history,” said Thomas Mann, a senior fellow at The Brookings Institution who has specialized in governance studies for more than three decades.

A 'change point' in abortion politics

Public opinion has remained relatively stable in recent decades with roughly six in 10 respondents in favor of keeping the Roe ruling in place in Gallup polling from 1989 through 2021. But support among Democrats has grown, with 50% in 2021 saying abortion should be legal under any circumstances, compared to 19% in 1975.

In 1976, the first presidential election after the Roe decision, both the Republican incumbent, President Gerald Ford, and the Democratic nominee and next president, Jimmy Carter, opposed abortion in most cases, the New York Times reported.

That same year, Congress passed legislation known as the Hyde Amendment, making it illegal to spend federal funds on abortion except when the mother’s life is in danger. That measure, which was later amended to allow exceptions in cases of rape and incest, passed by overwhelming majorities in the House and Senate and represented one of the first victories for anti-abortion advocates. It has been attached to spending bills ever since, despite Democrats’ efforts to eliminate it.

President Ronald Reagan’s tenure in the 1980s marked a turning point in the politics of abortion. His base of support included Christian conservatives who opposed abortion and made it something of a litmus test in the Republican Party.

“Whereas maybe before, they were a little more open to people having different positions, Reagan is really the change point to say, ‘No, this is a pro-life party,'” Swers said.

After the Freedom of Choice Act failed to muster enough votes in 1993 with Clinton in the Oval Office, Swers said, Democrats ostensibly decided it wasn’t a winning issue for them.

“If you kind of look over time at voting on abortion in Congress, generally, Democrats have just kind of tried to keep the issue off the agenda,” she said. “Largely, this is because there just weren't enough votes.”

The next time Democrats controlled the White House and both chambers of Congress was in 2009. Obama had said as a candidate that the Freedom of Choice Act would be the “first thing” he would do as president, but once elected he chose to spend his political capital elsewhere. After 100 days in office Obama said it was not his “highest legislative priority.”

Eric Schickler, a political science professor at the University of California Berkeley and author of books about legislative politics in Congress, said there wasn’t enough support – among Democrats.

“Up until recently, even the Democrats had a pretty decent sized faction of members who were pro-life or at least not fully on board with a kind of pro-choice agenda,” he said.

That meant that even if Obama had made codifying Roe in law a top priority when he took office, it’s unclear he could have gotten it through. In order to get his signature health care bill passed in 2010, he had to appease a Democratic holdout by issuing an executive order ensuring federal subsidies for health insurance under the law wouldn’t fund abortion.

“Obama was the ultimate pragmatist,” Mann of the Brookings Institution said. “I mean, along with his inspiring rhetoric, he also knew what he was up against…. He knew that was no way to get himself elected or reelected by making an issue of this, and while states were moving to place additional restrictions on abortion, it wasn't banned anywhere.” 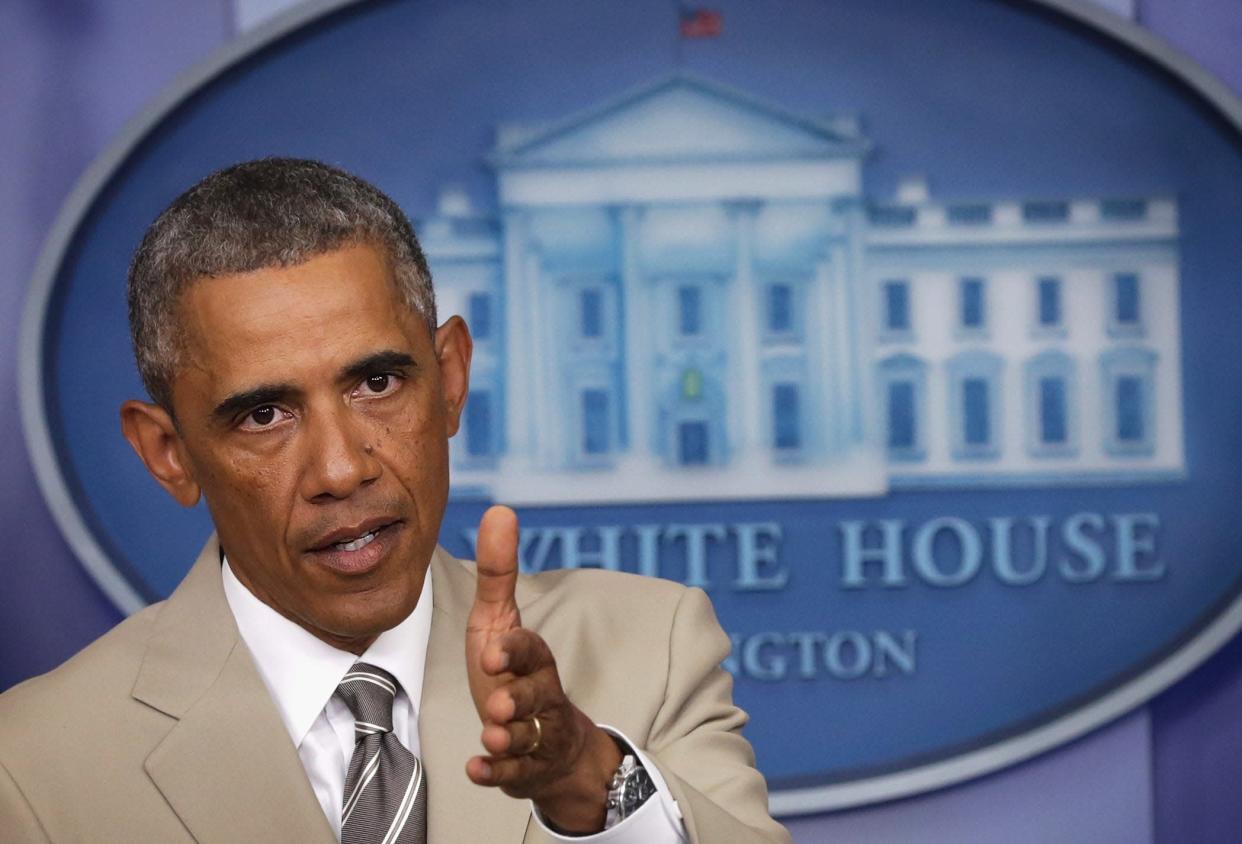 Few anticipated President Donald Trump having three Supreme Court picks during his term, said Ainsworth, the coauthor of the book "Abortion Politics in Congress", a “tremendous” amount of power that allowed him to tip the balance of power on the court to a 6-3 conservative majority.

Ainsworth said that legislation addressing abortion faces an uphill battle with a litany of potential complexities — from setting parental consent or spousal notification requirements, to adoption or safe-haven provisions to account for unwanted babies. “It's just a monumental task,” he said.

And, Ainsworth said, there’s always the possibility that the Supreme Court will strike it down. He believes if the court issues a ruling overturning Roe, Democrats will set their sights on blunting the decision’s impacts with smaller legislative proposals, such measures that might carve out exemptions, for instance in cases of rape. That’s what Republicans have done to chip away at Roe by pushing for restrictions, such as on late-term abortions.

“When Roe kind of solidified abortion access, it was the Republicans who kind of whittled away at it here and there,” Ainsworth said. He said with state bans going into effect immediately after Roe is overturned, “I would expect lots of Democrats sponsoring proposals to, to kind of whittle away at that.”

Abortion rights organization NARAL said the sweeping nature of the draft opinion took supporters aback but could fire them up more than they have been. 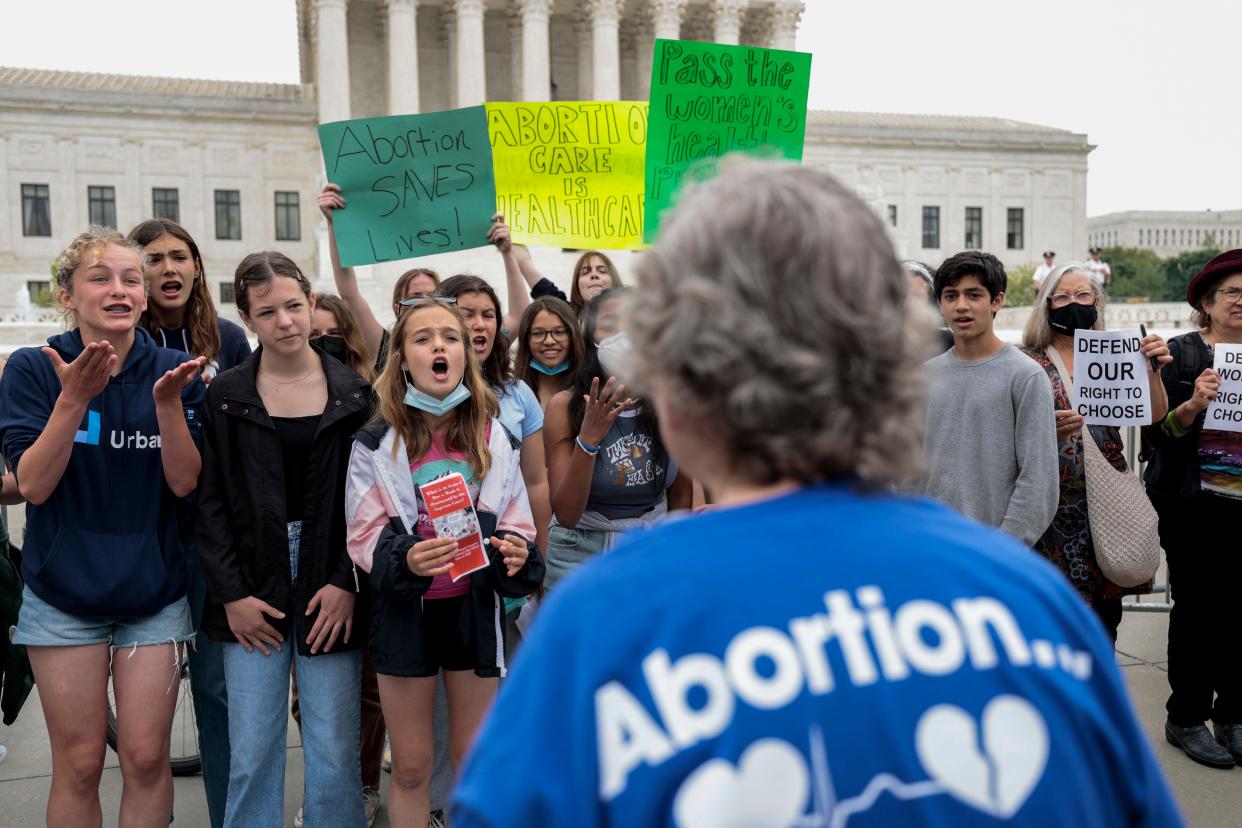 “I don't think that there was always as much sense of urgency or crisis certainly as there is now as we're looking at not only the 6-3 super majority on the court, but also, of course, this absolutely horrific draft opinion that was leaked,” said Kristin Ford, who was vice president of communications and research at NARAL until last week.

She said going forward, the organization will focus on electing abortion rights supporters and pushing those already in office to support them – and protect them in law.

“We're really thinking about, how do we activate our two and a half million members,” Ford said, “and how do we really power the outrage about the situation that we're in into electoral results and building more and more political power in order to really turn the tide for reproductive freedom.”

More: Where is abortion legal? Everywhere. But …

More: If Roe v. Wade is overturned, here's how abortion laws in each state will stand

This article originally appeared on USA TODAY: Why was Roe not codified? Clinton effort died, Democrats 'dropped it'