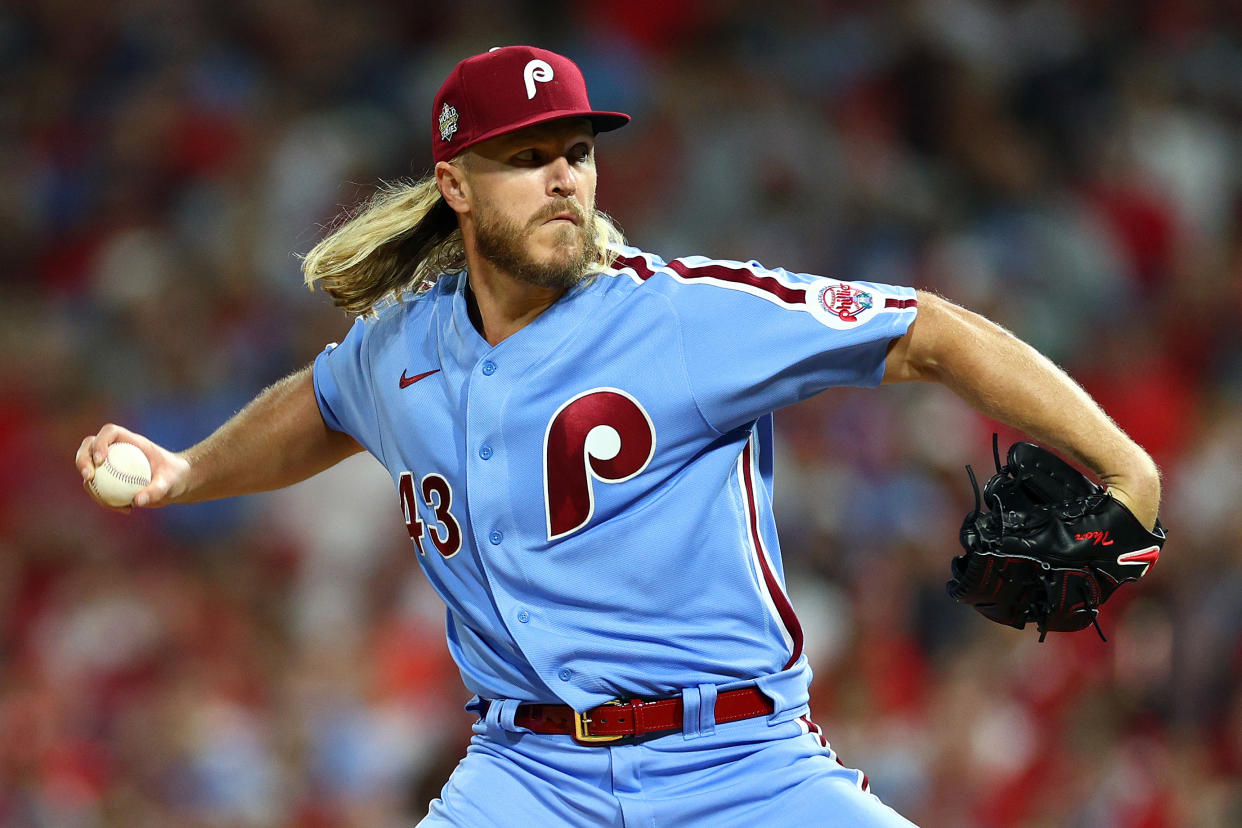 The Los Angeles Dodgers are bringing in former New York Mets All-Star pitcher Noah Syndergaard, according to ESPN's Jeff Passan. Syndergaard will reportedly sign a one-year, $13 million deal and can earn up to $1.5 million in incentives, per Mike DiGiovanna of the Los Angeles Times.

Last season, Syndergaard posted a 3.94 ERA in 25 appearances. He spent the first half of the season with the Los Angeles Angels, with whom he had a 3.83 ERA in 15 starts. He was then traded to the Philadelphia Phillies at the deadline, and he posted a 4.12 ERA in nine starts and one relief appearance in the season's second half.

Syndergaard pitched 8 1/3 innings for Philadelphia in the postseason, giving up three runs in four appearances.

Syndergaard returned from injuries in 2022

Armed with a hard fastball and flowing, blond locks, Syndergaard took the baseball world by storm as a rookie with the Mets in 2015. He posted a 3.24 ERA and struck out 166 batters in 150 innings. That performance earned him a fourth-place finish in NL Rookie of the Year voting.

The next season was even better. Syndergaard posted a 2.60 ERA over 183 1/3 innings. He made his first and only All-Star appearance in 2016 and finished eighth in NL Cy Young voting.

The following spring, Syndergaard experienced arm trouble and eventually needed Tommy John surgery. He missed the entire 2020 season and nearly all of the 2021 season.

Syndergaard proved that he could handle a starting workload again in 2022, though his strikeout rate dropped to a career-low 16.8%. He has a 24.8% strikeout rate in his career.

That didn't scare the Dodgers, who are looking for help in the rotation while Walker Buehler recovers from Tommy John surgery. The Dodgers have done a good job managing oft-injured pitchers in recent seasons, so perhaps Syndergaard can rediscover some of the traits that made him a tantalizing starter early in his career.